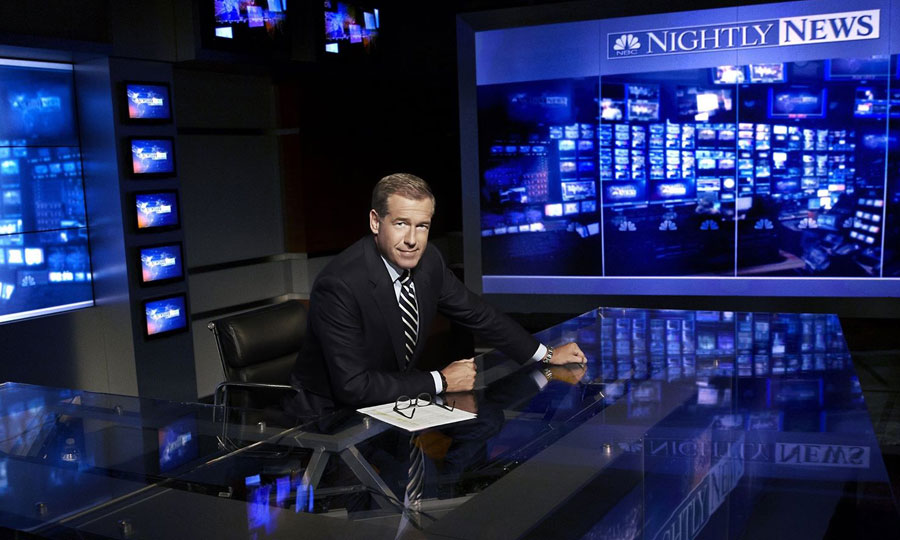 WAIT! THIS JUST IN: “Tom Brokaw Denies Reports That He Wants Brian Williams To Be Fired,” the Huffington Post’s media page.

It’s all too predictable. The media—from today’s NY Post cover showing “Lyin’ Brian” with a foot-long Pinocchio nose to a Huff Post homepage headline this afternoon “Who’s buyin’ Lyin’ Brian?” (spoiler: I am)—are rushing to judgment about Brian Williams, when they know only too well how they easily themselves can make mistakes, misquote, misunderstand and misinterpret. (Which is apparently what happened with Page 6’s claim that the former NBC anchor wanted his successor fired.)

Brian Williams attributes his false statement that he was in an Army helicopter that took enemy fire in Iraq twelve years ago to “the fog of memory.” But fog can also overtake any story that the media rush to cover and sensationalize and plant with villains and victims.

It is true—at least from what we know now—that the NBC news anchor has told different versions of the helicopter story. The early stories were basically accurate—that he was in a helicopter behind another one that took fire from rocket-propelled grenades (RPG) and small-arms fire. The tale grew more vivid and frightening in later years, most notably on a Letterman appearance, in which Williams says he was in the chopper that was shot down. (For a detailed chronology go here, to Michael Calderone in Huff Post.) When unhappy air-crew veterans finally got through to NBC to point out the errors, Williams issued an on-air apology, and wrote on Facebook:

I feel terrible about making this mistake…. I think the constant viewing of the video showing us inspecting the impact area—and the fog of memory over 12 years—made me conflate the two, and I apologize.

No one is exempt from misremembering, or relying on those who do. CNN media critic Brian Stelter had delivered the news earlier that the pilot flying Brian Williams’s chopper, Rich Krell, said the chopper did indeed take “small arms fire,” verifying at least part of Williams’s account. And it could explain a lot, because most of Williams’s stories mention both the RPG and the small-arms assaults without distinguishing which helicopter took which kind of fire. As he told Letterman on the tenth anniversary of the incident, “Two of our four helicopters were hit by ground fire, including the one I was in—RPG and AK-47.”

But today Stelter reports that Krell now doubts his own memories. Krell texted Stelter this morning:

“Good morning. The information I gave you was true based on my memories, but at this point I am questioning my memories that I may have forgotten or left something out.”

He said, “For the past 12 years I have been trying to forget everything that happened in Iraq and Afghanistan; now that I let it back, the nightmares come back with it, so I want to forget again.”

He concluded, “The men in that article deserve respect. Please understand.”

“Bottom line: this pilot is revising his story,” Stelter writes, “—and, because of that, I’m revising mine.”

Second bottom line: we still don’t know exactly what happened. So slow down, media. It’s starting to feel like Swift-helicoptering.

In this media morass, however, there are a few voices of common sense, even from within Fox News, which is otherwise leading the charge against its mortal media enemy, NBC.

On Wednesday night, Megyn Kelly defended Williams, saying he appears to have made an “innocent mistake.” To which Fox media critic Howard Kurtz replied, “It may be an honest mistake, but it’s an inexplicable one.” (Really, Howard? How do you explain why you left CNN in 2013? “Kurtz’s run has been plagued at times by a handful of whopping mistakes,” writes Politico, “including most recently inaccurately claiming that an NBA player who came out as gay had failed to reveal he had once been engaged.”)

Then last night, Kelly hit the basic, logical points that are sorely missing from the media’s Brian Williams pile-on:

“We all make mistakes,” she said.

“We don’t know that he lied at all.” A lie, she went on, assumes some sort of intention to deceive. And that doesn’t seem to be the case with Williams at all.

“The passage of time” makes his faulty memory understandable, she added.

And look at the person’s whole history, and Williams’s, Kelly said, is not one chockful of lies.

Of course, a cynic might say Kelly is being compassionate to a fellow anchor in order to protect her own ass for any mistakes she has been or will be caught in. (Like her statement, for instance, that Santa Claus and Jesus were white.) But on behalf of all of my past or future mistakes, I’m with Megyn. Can we stop labeling people liars, until and if we have evidence?

We should take care before assuming deliberate deception here. As a memory researcher, I find it credible that Brian Williams had a genuine memory error. We all gradually change narratives about the past in a way that is not deliberate, but because we are under less scrutiny than national journalists, we never realize all the memory errors we make.