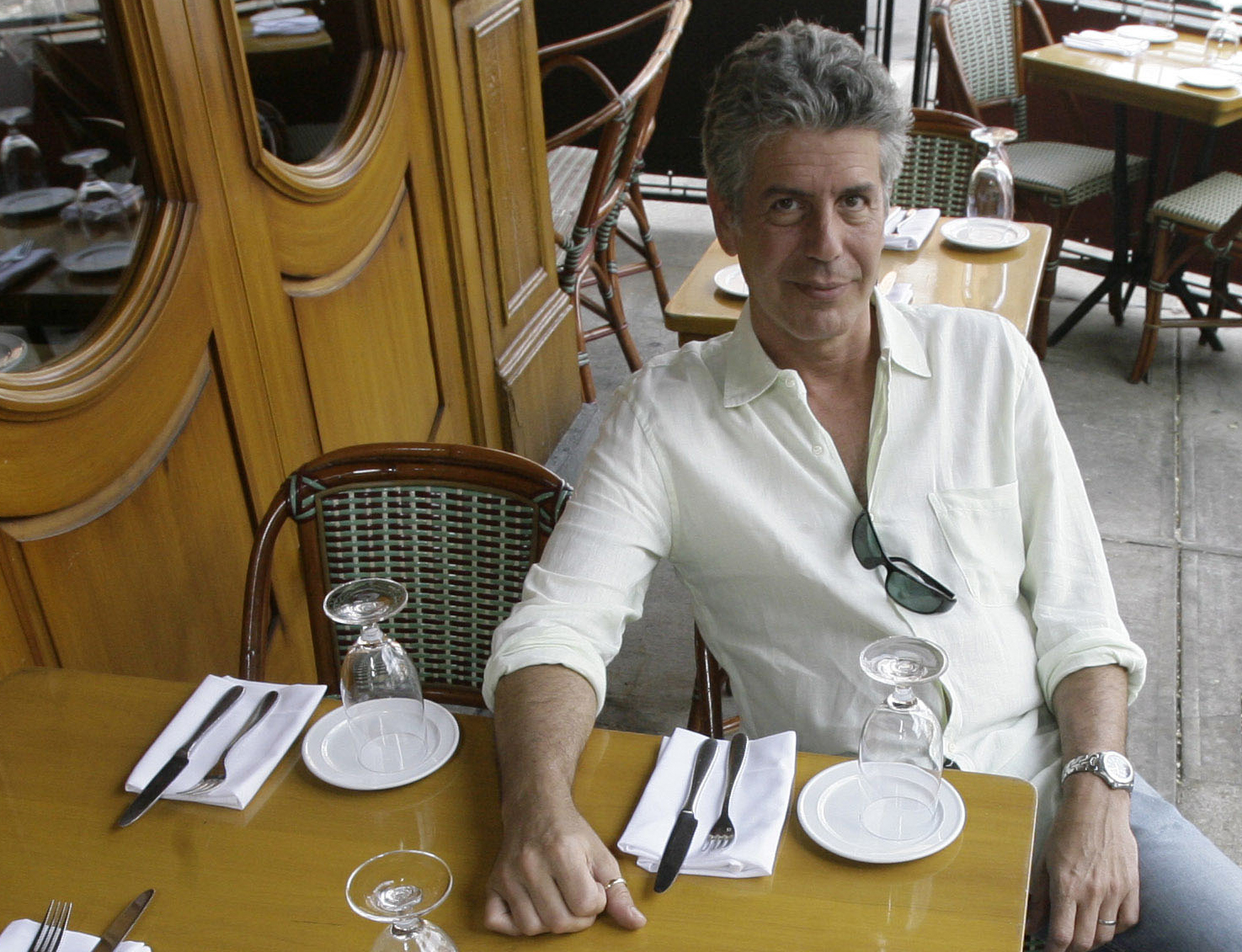 We live in a broken world, and many of the best people in it are broken too. Anthony Bourdain had the life many of us dream about; not just wealth and fame, but wealth and fame derived from exploring and sharing the fullness of human experience, from telling honest stories from everywhere about everyone, while eating what always looked like the best meals on earth. His compulsively watchable travel shows—No Reservations, The Layover, and Parts Unknown—made it possible to believe that social justice and earthly delights weren’t mutually exclusive, and he pursued both with the same earnest reverence. Most celebrities make life look like a guilty pleasure at best and a dystopian horror at worst; Bourdain made life look like it was worth living, which makes his suicide at 61, at what seemed to be the pinnacle of personal and career success, all the harder to comprehend.

Bourdain acknowledged his own depression, and for much of his life, he also struggled with addiction. He kicked the harder drugs, cocaine and heroin, years before he became famous, but he continued to drink, spending whole episodes of Parts Unknown on epic benders from Seoul to Batumi. He could be accused of glamorizing alcoholism, and in fact he accused himself of having glamorized a kind of swaggering masculinity in the restaurant industry in the best-selling books that launched his career. In Kitchen Confidential, he did offer lurid tales of “heavy drinking, drugs, screwing in the dry-goods area, unappetizing revelations about bad food-handling and unsavory industry-wide practices.” Yet he also wrote about these and other things with a sensitivity and ruefulness that marked much of his later life. 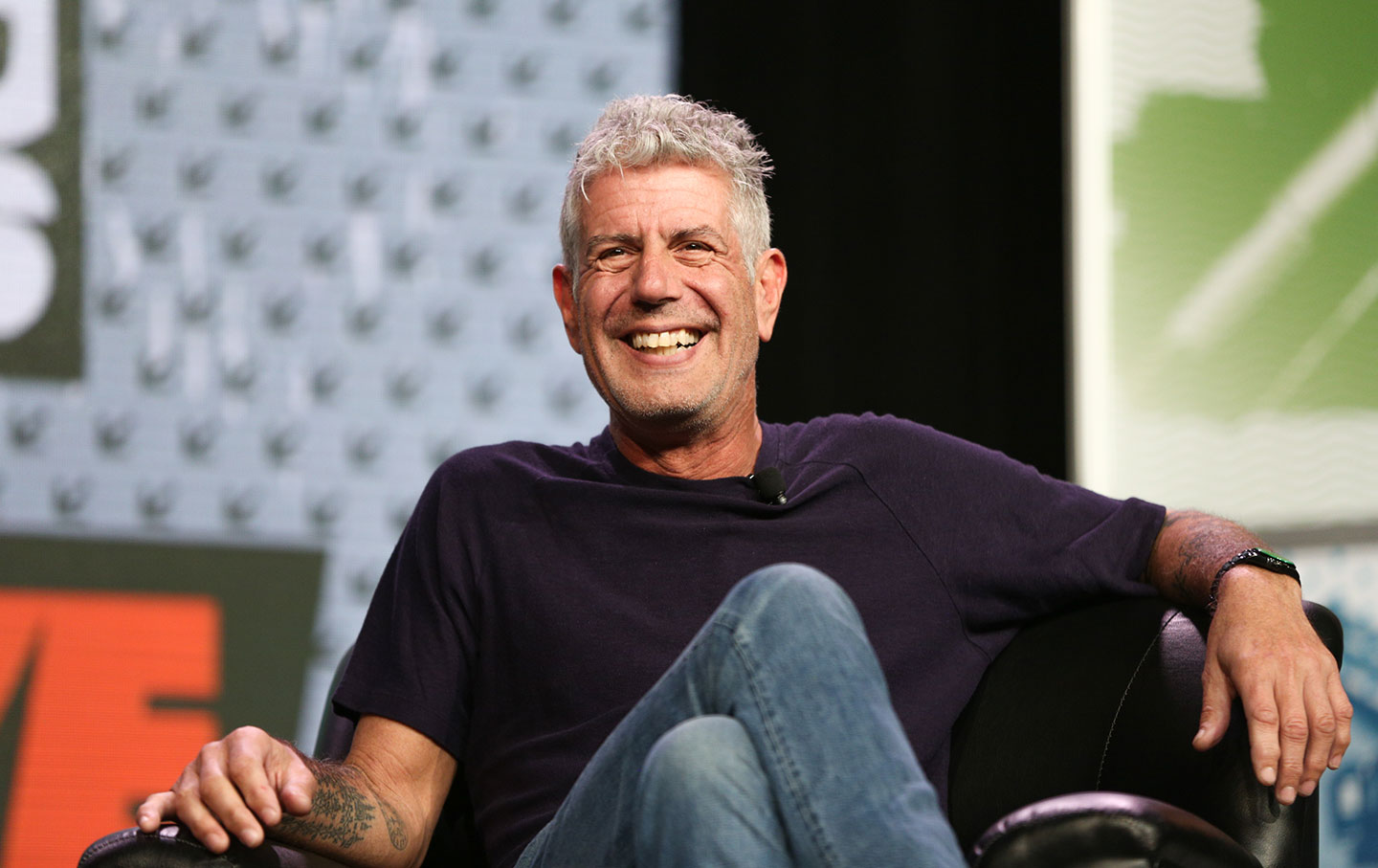 Anthony Bourdain Knew There Was Nothing More Political Than Food

What really interested him about food was the sensual pleasure of eating it and the hard reality of the labor that went into it, and he never lost sight of either. His mission was to affirm the value of life, even as he saw it devalued all around him. When he traveled to war zones, from Libya to Iraqi Kurdistan, he sought to relate to the people caught in them as familiarly as anyone he met in London or Tokyo or New York. He reported on Brexit and Israeli settlements; he traveled to Gaza (probably no mainstream American TV journalist has ever produced a more humanizing segment on Palestinians); he showcased thriving immigrant communities in Houston at the height of Donald Trump’s presidential campaign.

Possessing a restless intelligence and curiosity like his can be exhausting. Bourdain was a natural writer because he was constantly observing everything around him, recording the best and the worst, processing, contextualizing, drawing out meaning. He loved the world and his unique access to it too much to ever grow complacent, even though he certainly could have. He was keenly aware of the perils of becoming a fraud, mocking celebrity chefs and refusing to allow himself to be defined as one.

He used his position of prominence to bring light to those suffering in the dark. In one episode of Parts Unknown, he dined with Russian opposition leader Boris Nemtsov before his assassination in Moscow; in another, with Iranian-American journalist Jason Rezaian before his imprisonment in Tehran. He could find wonderful people eating wonderful food anywhere. He knew exactly how bad things could be, and yet he was determined to find the ways things could still be great.

Every celebrity’s life is marketed as an aspirational fantasy. Bourdain’s was marketed to a smart, discerning audience that saw travel and dining not just as leisure activities, but also as continuing educations. Bourdain ate in plastic chairs in grubby urban markets and in Michelin-starred restaurants with the same evident relish, and he asked pointed questions about local politics in both. Having it all meant having access to bourgeois cosmopolitan luxuries and unpretentious everyday pleasures and acknowledging no inconsistency between the two. It meant celebrating consumption and reporting on injustice at the same time. It meant moving effortlessly in and out of one’s bubble, challenging and rewarding oneself, engaging with the world both as it is and as it ideally might be. Bourdain recognized these contradictions; he didn’t try to resolve them, but he was honest about them.

When the #MeToo movement began last fall, his partner, Asia Argento, was at the center of it as one of Harvey Weinstein’s most prominent accusers, and Bourdain’s moral outrage was palpable. No male celebrity seemed to take the culture’s systemic violation of women more personally. Where other men saw #MeToo as an accusation, Bourdain saw it as an injustice, one he was determined to exorcise his own complicity in. He was one of a handful of prominent straight men—Bruce Springsteen, his fellow New Jerseyan and depressive, is another—who simultaneously embodied and interrogated American masculinity, and who tried and mostly succeeded at offering an alternative to the dominant toxic strain. When Mario Batali, one of his many friends in the restaurant industry, was exposed as a predator, Bourdain stood firmly with the accusers.

“I’m not going to the White House Correspondents’ dinner,” he told The New Yorker’s Patrick Radden Keefe in a profile early last year. “I don’t need to be laughing it up with Henry Kissinger.” “Any journalist who has ever been polite to Henry Kissinger, you know, fuck that person,” he added. “I’m a big believer in moral gray areas, but, when it comes to that guy, in my view he should not be able to eat at a restaurant in New York.”

Bourdain at his best was like punk at its best: profane and combative, but righteous rather than cynical or nihilistic. He had seen up close what Kissinger had done to Cambodia and was incapable of overlooking it, even with a CNN contract. Contrast him with Samantha Power, who posed for a photo with Kissinger at Yankee Stadium after launching her career with a book about American indifference to genocide, or with Stephen Colbert, who danced with Kissinger on the final episode of his Comedy Central show. Bourdain meant every word he said. 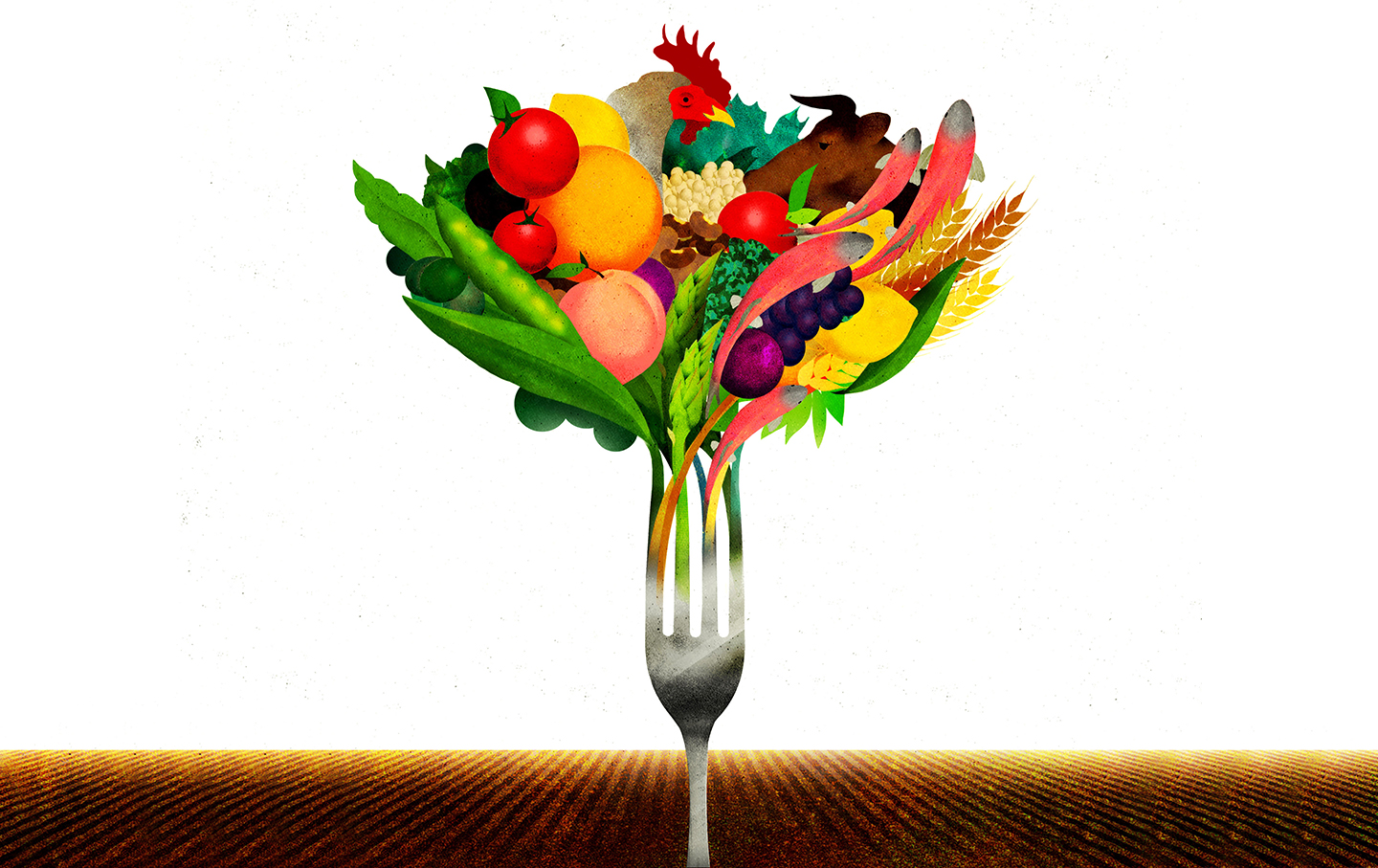 Better than most traditional journalists, Bourdain understood that the point of journalism is to tell the truth, to challenge the powerful, to expose wrongdoing. But his unique gift was to make doing all that look fun rather than grim or tedious. Very few storytellers offering honest portrayals of the world can still find it full of joy as well as sorrow. Bourdain did so, while rarely striking a false note. This required relentless self-criticism, another quality Bourdain possessed in abundance and frequently shared. Even as he was beloved by everyone, he always seemed incredulous of his own success, perhaps even of his own survival. Humility is too weak a word for this; what Bourdain really was was angry, angry that he had it so great when others did not.

Depression can sometimes be the price paid for seeing the world too clearly, in all its contradiction and cruelty, and for being unable to endure the full weight of it. No one saw more of the world more clearly than Anthony Bourdain, and the awful tragedy is that the one thing he may not have seen clearly was his own irreplaceable contribution.

If you are having thoughts of suicide, call the National Suicide Prevention Lifeline at 1-800-273-8255 (TALK) or go to SpeakingOfSuicide.com/resources for a list of additional resources.

Read Next: “I Think My Friend Is a Jordan Peterson Fan. What Should I Do?”