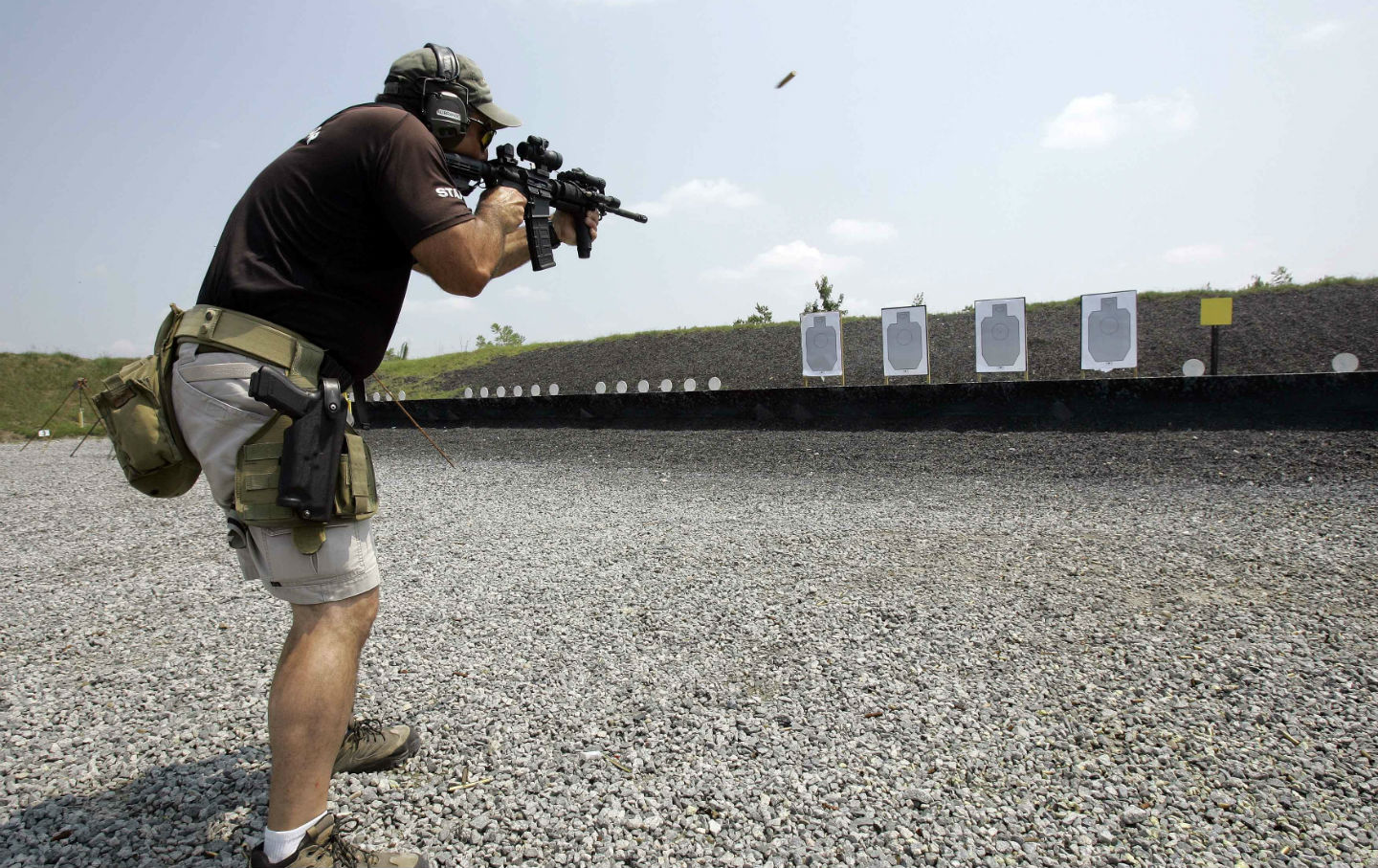 Despite a sordid and deadly reputation in Iraq, the mercenary army that began as Blackwater and is now known as Academi was a top recipient of Pentagon contracts for training Afghanistan’s security forces from 2002 to 2014, a government watchdog reported Tuesday.

The latest report from the Special Inspector General for Afghanistan Reconstruction (SIGAR) also includes the surprising disclosure that IBM—a company not generally known as a defense contractor—was the largest beneficiary of a Pentagon program to stabilize Afghanistan by facilitating private investment in its vast mineral wealth.

Both findings were included in a SIGAR report that attempts to account for $66 billion appropriated by Congress to the Department of Defense for Afghanistan reconstruction. Altogether, the government spent $104 billion between 2002 and 2014 for the program. The Pentagon issued the bulk of the contracts, and the rest came from the Department of State and the US Agency for International Development.

Of the $66 billion spent by the Pentagon, however, SIGAR said DoD could only report on $21 billion, or less than one-third of its total. It accounted for the huge “discrepancy” to differences in executing contracts between “DoD and Federal accounting systems.” The Pentagon was also “unable to provide” contract data from the pre-2010 time, SIGAR said.

In 12 years of war, the report says, Academi Training Center Inc. received $569 million in contracts, or 31.9 percent of the total, of the Pentagon’s $1.8 billion Drug Interdiction and Counter-Drug Activities Fund for Afghanistan. The program, known as “DOD CN,” was designed to stabilize Afghanistan by training the country’s security forces to support military operations against drug traffickers and other armed groups.

The total puts Academi, which acquired Blackwater in 2011, far ahead of the Pentagon’s top contractors, including Northrop Grumman, CACI, Lockheed Martin and Raytheon, all of which obtained multi-million dollar contracts under DOD CN.

(Correction: SIGAR contacted reporters after posting its report to say that it had miscalculated its contract totals and concluded that Blackwater/Academi was actually the second-largest Pentagon contractor for its Afghanistan training program. Northrop Grumman was the largest—see the update below.)

The awards to Blackwater and Academi were made despite the public condemnation of the company for its brutal tactics in Iraq. Those tactics were symbolized by the 2014 murder and manslaughter convictions of four Blackwater security guards for their roles in a deadly 2007 massacre at Baghdad’s Nisour Square that killed 17 and injured 14 unarmed civilians. That incident “marked a bloody nadir in America’s war in Iraq,” the New York Times reported at the time.

The trial was an epilogue to the story of Blackwater, which began as a police- and military-training facility in North Carolina and came to symbolize the country’s outsourcing of its wartime responsibilities.

About 1,000 of Blackwater’s contractors guarded diplomats in Iraq. Others loaded bombs onto Predator drones. The company’s founder, Erik Prince, tapped retired Central Intelligence Agency officials for executive positions, and at one point, the C.I.A. hired Blackwater contractors to covertly track and kill Qaeda operatives worldwide, a program that was shelved before any killings were conducted.

Prince, who gained his notoriety in part from Jeremy Scahill’s 2007 book, Blackwater: The Rise of the World’s Most Powerful Mercenary Army, left the company five years ago. But he’s still seeking opportunities abroad as a kind of mercenary-consultant for foreign governments under the rubric of the Frontier Resources Group, a private equity fund based in the Cayman Islands that focuses on Africa.

In 2013, according to a recent story by Aram Roston in Buzzfeed, Prince met with the former president of Nigeria and proposed to “assemble a well-trained fighting force of non-Nigerians to battle Boko Haram,” the Islamist army that’s been terrorizing much of the country. In October 2014, he proposed that the United States use private contractors—presumably people on his payroll—to fight the Islamic State in Syria and Iraq.

“If the old Blackwater team were still together, I have high confidence that a multi-brigade-size unit of veteran American contractors or a multi-national force could be rapidly assembled and deployed to be that necessary ground combat team,” he wrote.

Ironically, the SIGAR report comes one day after three of the guards convicted for manslaughter asked a federal judge for leniency in their case, arguing that “a mandatory minimum prison sentence of 30 years is unconstitutionally harsh,” according to the Washington Post. The four former Blackwater defendants are scheduled to be sentenced later this month.

The $65 million appropriated to IBM was about 9 percent of the total spent by the Pentagon for a controversial project designed to convince foreign investors and mining companies to develop Afghanistan’s extensive mineral wealth. As I reported here in February on a contractor called Praetorian Standard:

The program, run by a Department of Defense Task Force for Business Stability Operations with the US Army’s Corp of Engineers, was first described by New York Times reporter James Risen in 2010. At the time, Afghan officials estimated that their deposits of copper, gold, lithium and other minerals could be worth as much as $3 trillion…

In December 2014, the special inspector general began what he called a “full-court press” to determine how the Pentagon mismanaged its Business Task Force in Afghanistan. “They’ve spent approximately $700, $800 million, and as far as we can see, they’ve accomplished nothing,” SIGAR John Sopko wrote in a letter to [then] Defense Secretary Chuck Hagel detailing the corruption.

According to the latest SIGAR report, the task force spent a total of $696 million between 2010 and 2013 (it ceased operations at the end of fiscal year 2014). Of that, IBM received $65 million in obligations, or over nine percent. “IBM implemented projects designed to foster the use of information technology in order to bolster the Afghan economy,” SIGAR said.

Other US contractors identified in the SIGAR report include Navistar Defense, DynCorp International, Triple Canopy and Textron Marine & Defense.

Overall, the two largest recipients of the Pentagon’s reconstruction program were Asia Global Shipping Group and the Parwan Group. Both are Afghan logistics companies that provided transportation, building supplies and fuel to the Afghan National Security Forces. AGS received close to $1.8 billion and Parwan about $1.4 billion.

Blackwater/Academi’s total of $569 million places the mercenary at number five on the contract total. Not bad for a company responsible for so much murder and mayhem.