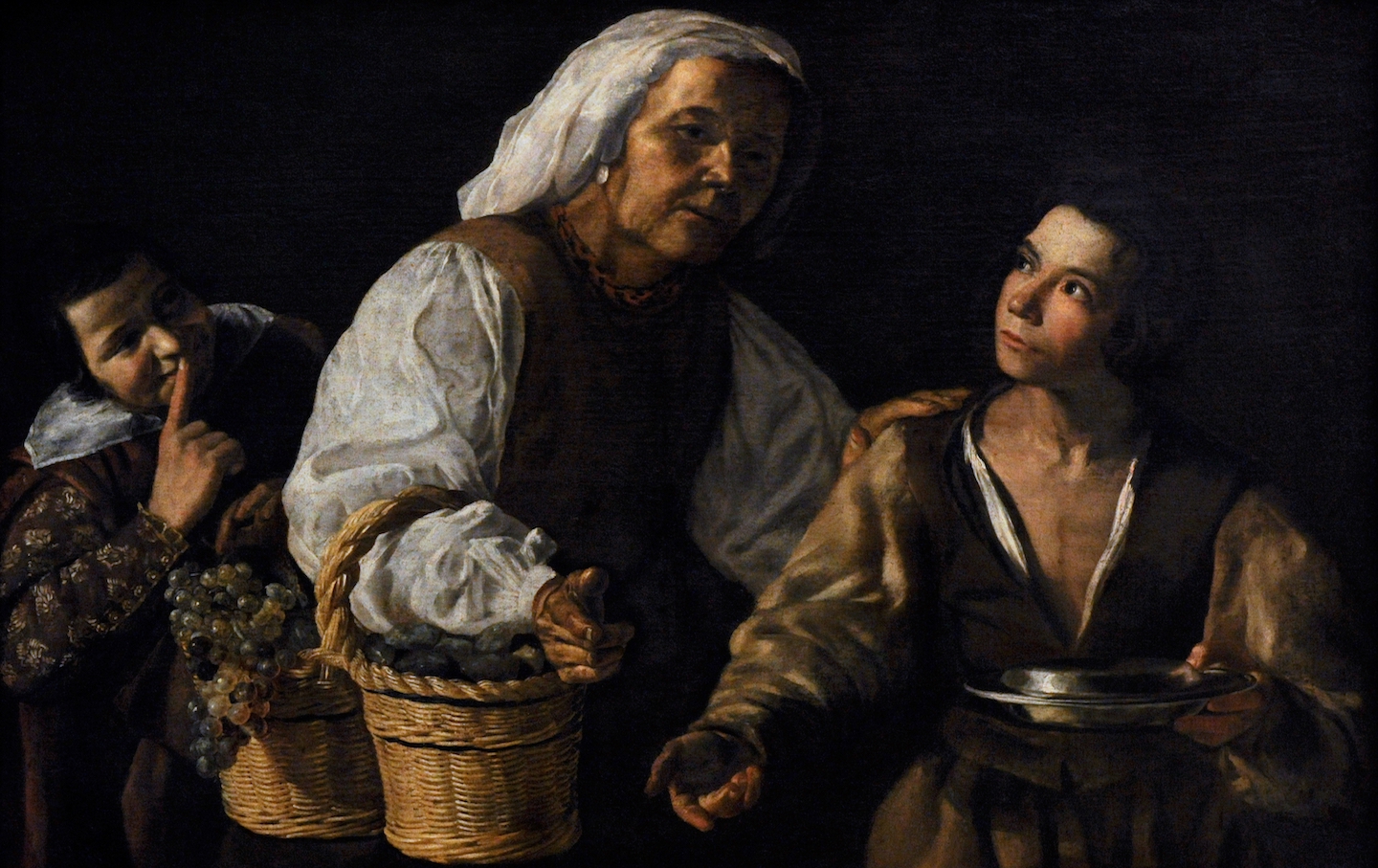 Today, scamming feels more like an embarrassment than a crime. Schemes seem to be getting less and less creative, finding their momentum mostly in the reliable incompetence of others; their victims are often stupid or, worse, rich. Like reality TV, the scam is all drama and no pathos. And like reality TV, it is a national pastime that America actually deserves.

Gary Indiana knows this—has perhaps known it forever—which is why his recently republished novel, Depraved Indifference, is the best diagnosis of our times. Its protagonist is Evangeline Slote, a con artist so talented that her heists seem to attain exponential growth. She knows how to steal a mark’s identity, then run a pyramid scheme under the new name to cheat and defraud hundreds more. Any room she enters is “a pristine harvest of human information. Not just business cards, phone numbers, fax numbers and the like, but weaknesses, quirks, character flaws, delusional ambitions.” Through Evangeline’s arc, Indiana dramatizes the proximity of the con to everyday life, rhyming his protagonist’s seamy instincts (lie, take, dominate) with the more mundane imperatives of corporations and trade deals. This is the transitive principle we hate to recognize in scamming: The con artist steals, but so does everyone else; she functions through exploitation, but who doesn’t?

Such a predatory atmosphere suits Evangeline’s talent for dangling, in front of her victims, the same inaccessible desires that screens and billboards zap into their brains—power, beauty, immortality. (At some point, she begins peddling “anti-aging boardgames.”) The hunt for new markets takes her everywhere, to India and the Bahamas, but her origins are decidedly American. It was in California where she got her start as a political lobbyist, cultivating a talent for what Indiana euphemistically calls “initiative and mobility.” She marries a motel mogul, wriggles out of a grand larceny charge, and begins cajoling her adult son, Devin, into joining her successive schemes. Their story (which is based on the late-1990s grifts of Sante and Kenneth Kimes, a mother-and-son criminal duo) explains why scammers look so awfully like entrepreneurs. Both benefit from a citizenry reared on mass-produced fantasies, in which people are trained to always want what they can’t have. As Evangeline tells her husband, Warren, “I love America, but you have to admit it’s a country full of morons. We really owe it to ourselves to make some money off them.”

There is no room for remorse in Depraved Indifference, which represents deceit as an almost automated condition. Evangeline is so compulsive in her schemes that “she grifts herself when she runs out of other people.” She’s the type to steal houses and livelihoods but also the shampoo bottles from a person’s bathroom. The felt absence of guilt or regret means that her brutality never accretes a higher meaning or even a transgressive frisson. Those around her, including Warren and Devin, are similarly without conscience, able to recognize their actions as harmful but not necessarily wrong. Much of the book reads like a dissociative day at the circus, where the acts grow increasingly senseless and therefore terrifying. Clarity is found only in Indiana’s prose, which is consistently beautiful: A man’s face settles into a “soufflé of contentment”; landscapes offer “foreboding geology…packed with hard black shadows.”

Evangeline and Devin find their highest-profile mark in Baby Claymore, a Manhattan socialite with a mansion on the Upper East Side. Though she agrees to rent one of her rooms to Devin (who is working, hilariously, under the pseudonym Bruce de Marco), she later regrets it. There is something vulgar and “actorish” in his demeanor, though she is too scandalized to confront him. She prefers to sequester herself in her bedroom, escaping into Rimbaud verses and Edo De Waart recordings. This is her downfall. Within the curated trammels of her life, Baby has never encountered someone with as much crude greed as Devin. She fears but also secretly thrills to him, going so far as to sketch his likeness in “a pencil drawing…with arrows pointing out identifying features, like the surgical bump on his nose, his pointy chin.” Soon she is refusing to even sit in the same room as him, though she talks about his exploits constantly. She has turned him into a fixation, something nightmarish and exclusive to her mind. As with other victims in the book, fantasy primes her for Evangeline’s swindle, except Baby’s fantasy—like those of so many bourgeois neurotics—is concocted from fear. 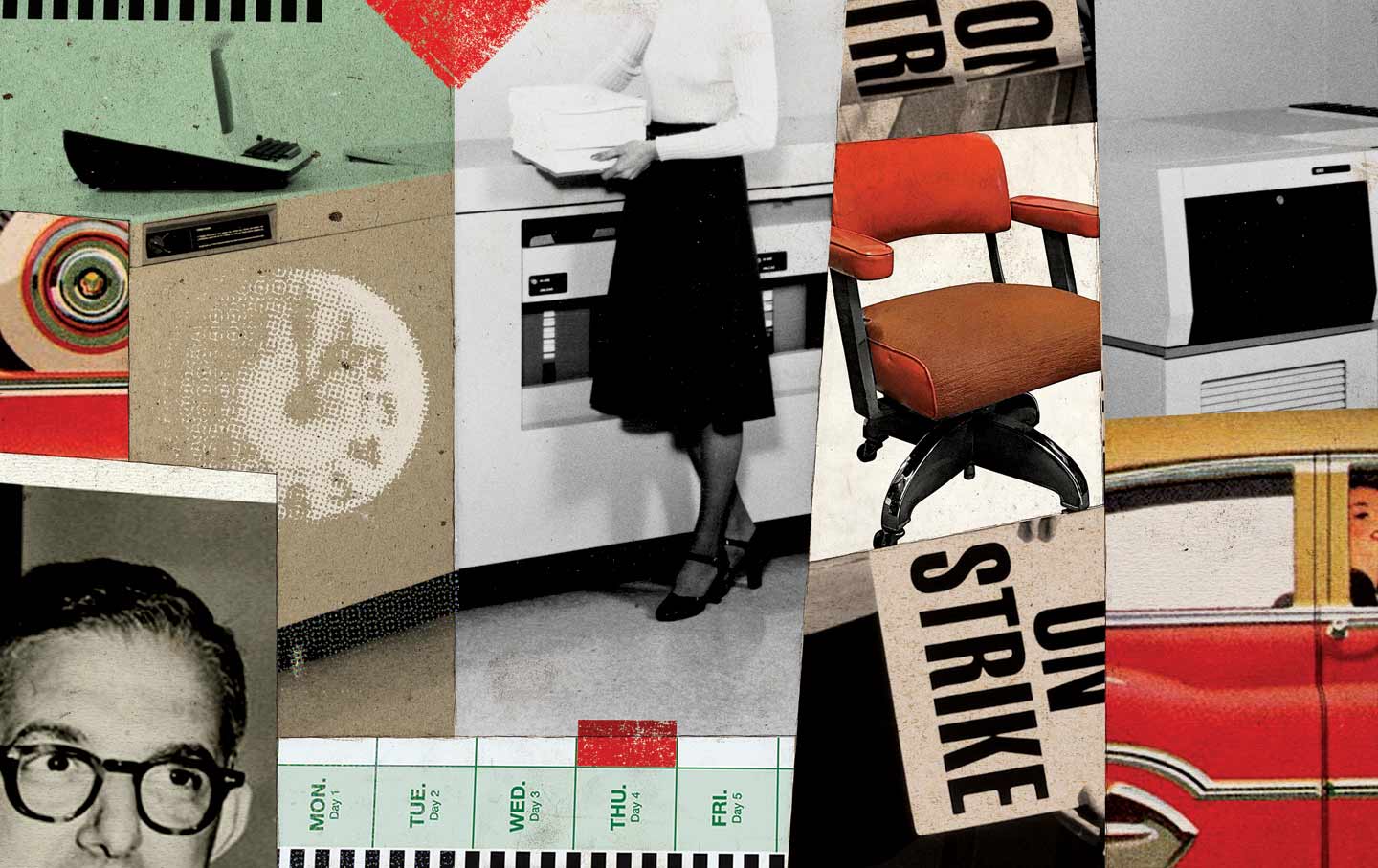 What Happened to All the Good Jobs?

Meanwhile, Evangeline and Devin begin asserting their very real claims on Baby’s home, learning how to forge her signature, tapping her phone calls. Through their acquisitive campaign, they also enlist and screw over individuals who are more economically precarious—people sleeping in homeless shelters, wageworkers, undocumented immigrants. At the end of the novel, however, it is Baby who makes the headlines as Evangeline’s biggest and most sympathetic mark. Here is another thing Indiana teaches us about the scam: Retribution, when it comes, only ever involves the billionaires and billionaire institutions. If you are poor and living in America, you are never the con’s victim, just its unseen collateral damage.

What saves Depraved Indifference from any possible snobbery is how it recognizes idiocy as more an imaginative failing than a purely intellectual one. All—swindlers, victims, accomplices—prove themselves incapable of envisioning a mode of social life beyond “food chain.” If we follow the novel’s interpretation of scamming as the outcome of narcissistic fantasy, it begins to make sense that Evangeline is the story’s biggest fool. She “believed that anything she said was true and real,” even if “it had no conceivable relation to the world where other people lived.” People are at their dumbest when they shirk the constructive work of relating their experiences to those of others—when they refuse, in short, to peek out from behind their fantasies. Indiana’s characters lack the vocabulary necessary for formulating a moral schema that can overrule the self; at one point, Devin is afflicted with what he calls “memory poisoning,” a “fugue-like sadness related to things he wished he hadn’t done or seen or heard about.” This is otherwise known as a conscience.

Many people who encounter Evangeline can predict how her plans end in theft or even murder, but they continue to linger on the sidelines of her warpath, as if vaguely curious about what will happen next. Though one of her erstwhile assistants senses that “there’s more going on” than meets the eye, she feels apathetic about being lied to: “This is nothing new.” Baby, on the other hand, is elitist enough to be instinctively repulsed by the duo but too daft to identify their precise evils. The worst misgiving she can muster is that Devin “smells of jail” and clearly “wouldn’t know a valuable item from a worthless one.” In her milieu, aesthetic taste trumps all other forms of judgment. A friend, attempting to assure her that Devin can’t be as bad as she’s imagining, notes that he came in “wearing a Christian Dior tie.”

A culture that rewards narcissism and commodity worship incapacitates its people twice over, on moral and intellectual fronts. As Indiana demonstrates in Baby, a sense of righteousness is useless if it can’t swivel toward objects of critical discernment. Likewise, being smart doesn’t help if you’re not also a decent human being. To survive the scam, a person needs the insight to distrust the fantasy on offer as well as the ethical impulse to imagine an alternative. One without the other is no good, especially not now. Since 2001, when Depraved Indifference was first published, technology has been furnishing us with increasingly personalized and beautiful fantasies. Meanwhile, Indiana writes, America keeps getting “uglier by the nanosecond.”