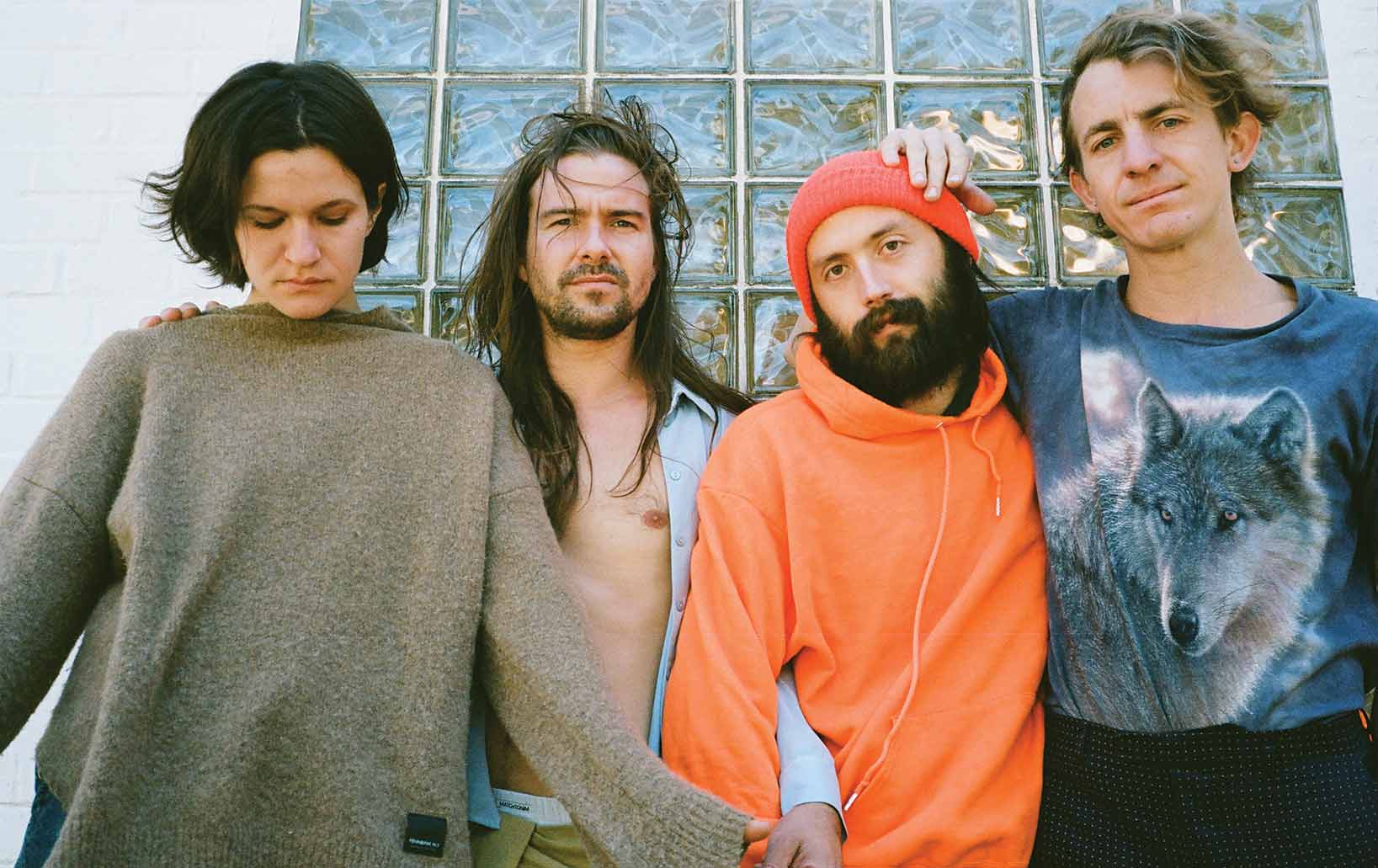 Mary, Haley, Matthew, Andrew, Evelyn, Jacob. These are among the personalities Adrianne Lenker, the singer-guitarist and primary creative force behind Big Thief, names on her group’s sophomore album, Capacity. On its third record, U.F.O.F. (short for “Unidentified Flying Object Friend”), she expands the roll call: Jodi, Caroline, Violet, Betsy, Jenni. Some of these characters are her family: Andrew, from Capacity’s “Mythological Beauty,” is the older brother she never knew; Violet, from the new song “Cattails,” is her great-grandmother. Some are friends, some are lovers, and some are fragments of herself. In her porous alto, Lenker summons them like spirits. Their lingering presence gives Big Thief’s music a sense of community—a warm, lived-in quality quite unlike anything else that exists in the realm of indie rock.1

For Big Thief, ancestry has long been a core concern. On one highlight from its first album, Masterpiece, Lenker sings about the fucked-up conceptions of love that are handed down from parents to children; on Capacity, she relays ordeals from her childhood in achingly specific detail. The fascination with inheritance persists on U.F.O.F. “From,” which originally appeared on a solo record that Lenker put out last fall, fixates on an expectant mother, wondering what her baby will discover of the circumstances that made her, but it feels less about bloodline and more about collective unconscious. Tapping into this idea of a common resource—a universal shared psyche, shaped by the knowledge of our ancestors—renders strangers less strange. Lenker has said that all her songs are about “making friends with the unknown”—hence the addition of “Friend” to the titular abbreviation. Throughout the album, perspectives mingle as she weaves together accounts of women and creatures, greeting them with warm familiarity but capturing them from a poetic distance. She communes with Jenni, rides alongside Betsy, and sees “through the fruit bat’s eyes” on “Strange.”2

Lenker’s arms are spread wide to the world, and she and her bandmates conjure an unmistakable sense of wonderment with their arrangements. It’s felt in the whale-call-like drone that appears on “Cattails,” the ethereal choir that chimes in on “Strange,” the outro of “Magic Dealer” suggesting summer twilights scored by fluttering insect wings. Yet for everything that it contains, Big Thief’s music is both immediate and elusive. Wrapped into U.F.O.F.’s delicate folds are fragility and resilience, love and trauma, nature and ether, enclosure and space, light and dark. Big Thief inhabits these crossroads with all their might and mystery. “Fragile is that I mourn her death / As our limbs are twisting in her bedroom,” Lenker sings on “Orange,” her words clouding intimacy with anxieties about mortality. Elsewhere, her imagining of a spooky, sci-fi alien encounter (“U.F.O.F.”) rubs up against the warm, earthy swells of “Cattails”; birth and death coexist on “Terminal Paradise.” Such internal tensions make for songs charged like the space between two magnets’ poles.3

At times, the tension mounts to the point of rupture. One of the record’s best songs, the thrashing tribute “Jenni,” feels almost apocalyptic, encased in a torrent of distortion that evokes collapsing buildings. The song is an index of literal violence—to make it, guitarist Buck Meek suspended his open-tuned instrument from the ceiling, surrounded by amplifiers to create feedback, and bashed it with his body. The equally jarring opener, “Contact,” intimates both personal crisis (“I wanna see / To feel my body sinking”) and a promise of resolution in the arms of another (“She gives me gills / Helps me forgive the pills”). But Lenker’s musing and the delicate guitar tendrils surrounding her are cut off by a violent caterwaul that rips across the track, upending the illusion of serenity. It is a literal realization of a lyric that surfaces a few tracks later, on “From”: “Couldn’t tell for sure where the screaming sound was coming from,” Lenker murmurs, as if in a daze. The disturbance sets an unnerving tone for everything that follows, lacing the record’s most tender moments with seeds of doubt; everywhere there is beauty, the band seems to be saying, terror lurks around a blind corner.4

There is precedent for this idea within Big Thief’s catalog. One track on Capacity, “Watering,” depicts in harrowing, bloody detail an encounter between a woman and her stalker. Asked about the song in a recent conversation with Pitchfork, Lenker suggested that she identified more with the man in the song than with his victim. “We all have these demons, we just wear them in different ways,” she offered. Few artists would put a sentiment like this on the record; then again, few artists can look trauma so squarely in the face. It may be an uncomfortable notion to sit with, but it provides vital context for the closest thing this album offers to a thesis, via its title track: “There is no alien / Just a system of truth and lies.” Everything is made from the same matter. Some part of all of us is capable of submitting to darkness, just as some part of all of us is capable of conjuring light.5