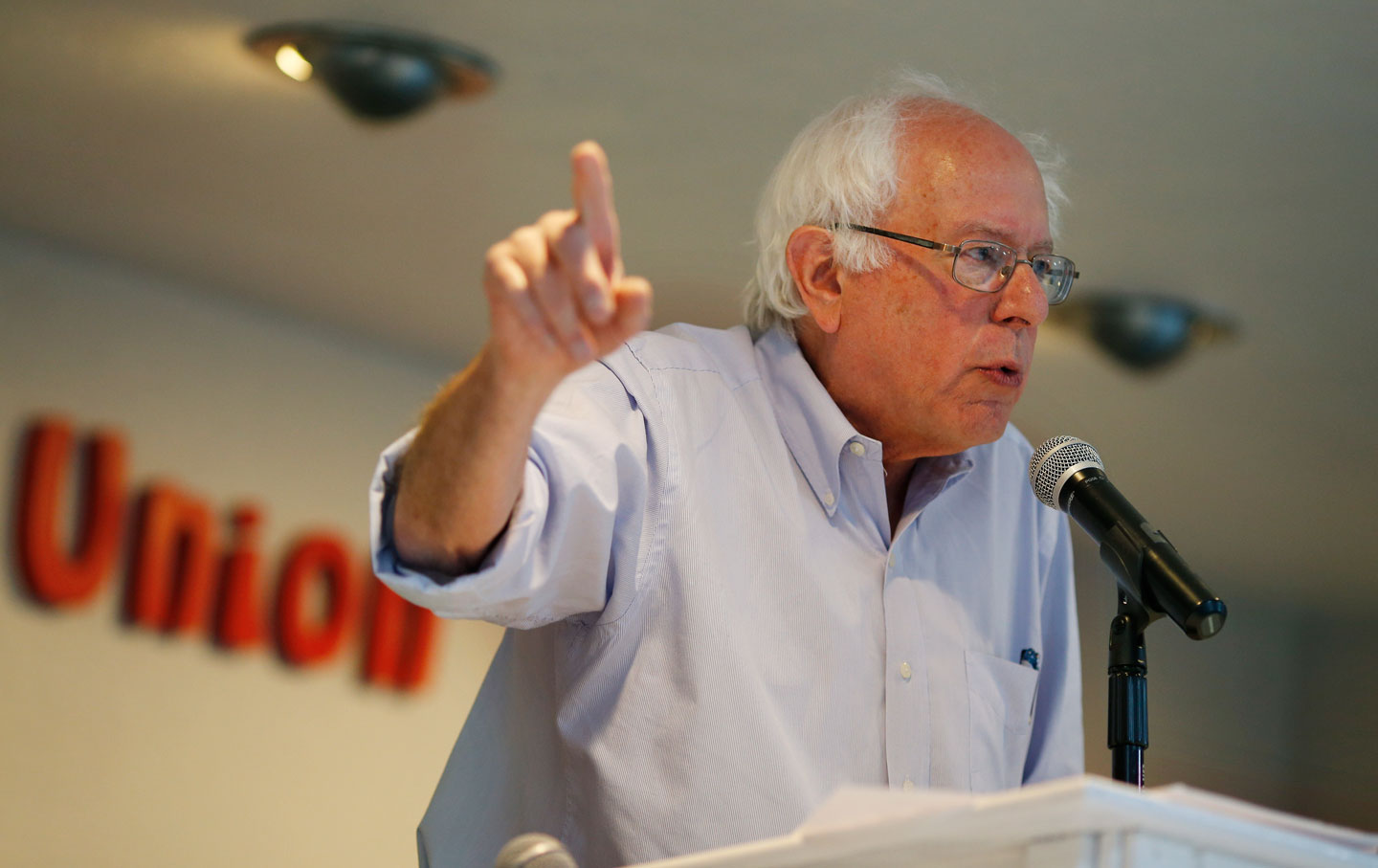 Vermont Senator Bernie Sanders told The Nation more than a year ago that he was “prepared to run for president of the United States.” But he said he had to determine whether grassroots activists were ready to back an insurgent progressive-populist candidacy. And he had to sort out the question of how to mount a campaign that he said would require a “political revolution” to upset politics as usual.

Sanders has gotten the answers he was looking for, and aides and allies say that he is preparing to announce his candidacy for the Democratic presidential nomination later this week. That’s a big leap for the senator, who has caucused with congressional Democrats but has always been elected as an independent.

Sanders, who Vermont Public Radio says will launch his challenge to the supposed inevitability of Hillary Clinton’s Democratic candidacy on Thursday, made no secret of the fact that he was wrestling with the issue of how to run. The only democratic socialist in the Senate has been a fierce critic of both major parties, and he listened closely over the past year to counsel from those who wanted him to mount an independent or third-party bid and to those who said the only practical option was to run inside the Democratic Party.

The senator always said that he would not be a spoiler—pulling votes from a Democratic nominee in a November race that might tip to a right-wing Republican. And the intensive “Run Bernie Run—as a Democrat” campaign mounted by the group Progressive Democrats of America made the case that Sanders could run his kind of campaign in the Democratic caucuses and primaries.

That’s not a guarantee that it will work, however. Polls still show Clinton far ahead of any and every potential challenger for the nomination. And there is still a determined effort to draft Massachusetts Senator Elizabeth Warren into the race.

But Sanders can point to poll numbers that have improved significantly since he began visiting the first-caucus state of Iowa and the first-primary state of New Hampshire. A PPP survey released this week has him at 14 percent in Iowa, his best number yet in a state where he has consistently drawn large crowds. In New Hampshire, he’s at 12 percent—behind Clinton and Warren but ahead of Vice President Joe Biden and potential contenders such as former Maryland Governor Martin O’Malley, former Virginia Senator Jim Webb and former Rhode Island Governor Lincoln Chafee.

Sanders wasn’t just looking for numbers as he traveled the country over the past year, however. He was looking for enthusiasm—not just for his candidacy but for his idea that American needs that “political revolution.”

“A campaign has got to be much more than just getting votes and getting elected. It has got to be helping to educate people, organize people,” he explained. “If we can do that, we can change the dynamic of politics for years and years to come. If 80 to 90 percent of the people in this country vote, if they know what the issues are (and make demands based on that knowledge), Washington and Congress will look very, very different from the Congress currently dominated by big money and dealing only with the issues that big money wants them to deal with.” Sanders at an event in Chicago, April 2 (Photo: John Nichols)

For Sanders, a politically savvy and serious political figure, that was not just rhetoric. More aware than any current or potential presidential contender of the extent to which corporate money and billionaire influence has warped American politics, he wanted to see whether there were still enough citizens who were ready to buck the bucks and pour their hearts and souls into an economic populist candidacy.

So Sanders went to Iowa, and New Hampshire, and South Carolina, and Minnesota, and Wisconsin, and California. He logged tens of thousands of miles traveling to the union halls and church basements and school auditoriums of America.

When Sanders was in Chicago earlier this month to campaign with insurgent mayoral candidate Jesus “Chuy” Garcia and newly elected city council candidate Susan Sadlowski Garza, he was mobbed by a multiracial crowd that embraced his message that “What we need are millions of working people to begin to stand up and say, ‘Enough is enough.’ The billionaire class can’t have it all, and we need government to start representing ordinary America.”

Sanders delivered that speech in an old United Steelworkers union hall on the south side of America’s third-largest city.

But Sanders got a similarly boisterous response in South Carolina last week, when he appeared at a convention center in Columbia and told the Southern Democrats, “They have the money, but we’ve got the people…. America does not belong to the billionaire class, it belongs to all of us.”

For Sanders, however, the most inspiring response has come in recent weeks from opponents of President Obama’s request for Trade Promotion Authority to “fast track” the sweeping Trans-Pacific Partnership trade deal. A staunch critic of free-trade policies that invite multinational corporations to embark upon a “race to the bottom” when it comes to wages, environmental protection and human rights, Sanders has rallied workers in Washington and across the country to block the deal.

Though he tends to eschew talking about potential rivals, the trade fight has given Sanders an opportunity to draw a clear line of distinction between himself and Clinton.

Sanders is an absolute critic of fast track and the TPP, with a strong record of opposing the corporate agenda on trade policy. Clinton, on the other hand, has what is charitably referred to as a “mixed” record. So far, she has not taken a stand on fast track or the TPP.

That, says Sanders, is unacceptable.

“For decades, corporate America has been pushing disastrous trade agreements on the American people. The result: millions of jobs lost through outsourcing, lower wages and the collapse of our middle class,” the independent senator said last week. “My strong hope is that Secretary Clinton and all candidates, Republicans and Democrats, will make it clear that the Trans-Pacific Partnership should be rejected and that we must develop trade policies that benefit working families, not just Wall Street and multi-national corporations.”

For Bernie Sanders, trade is a “which side are you on?” issue—as are a host of economic justice fights for labor rights, living wages and the expansion of Social Security.

As a presidential candidate, he can force the debate that the Democratic Party, and America, needs to have—on fast track, the TPP, and a long list of issues that the “billionaire class” would have preferred to keep off the table.