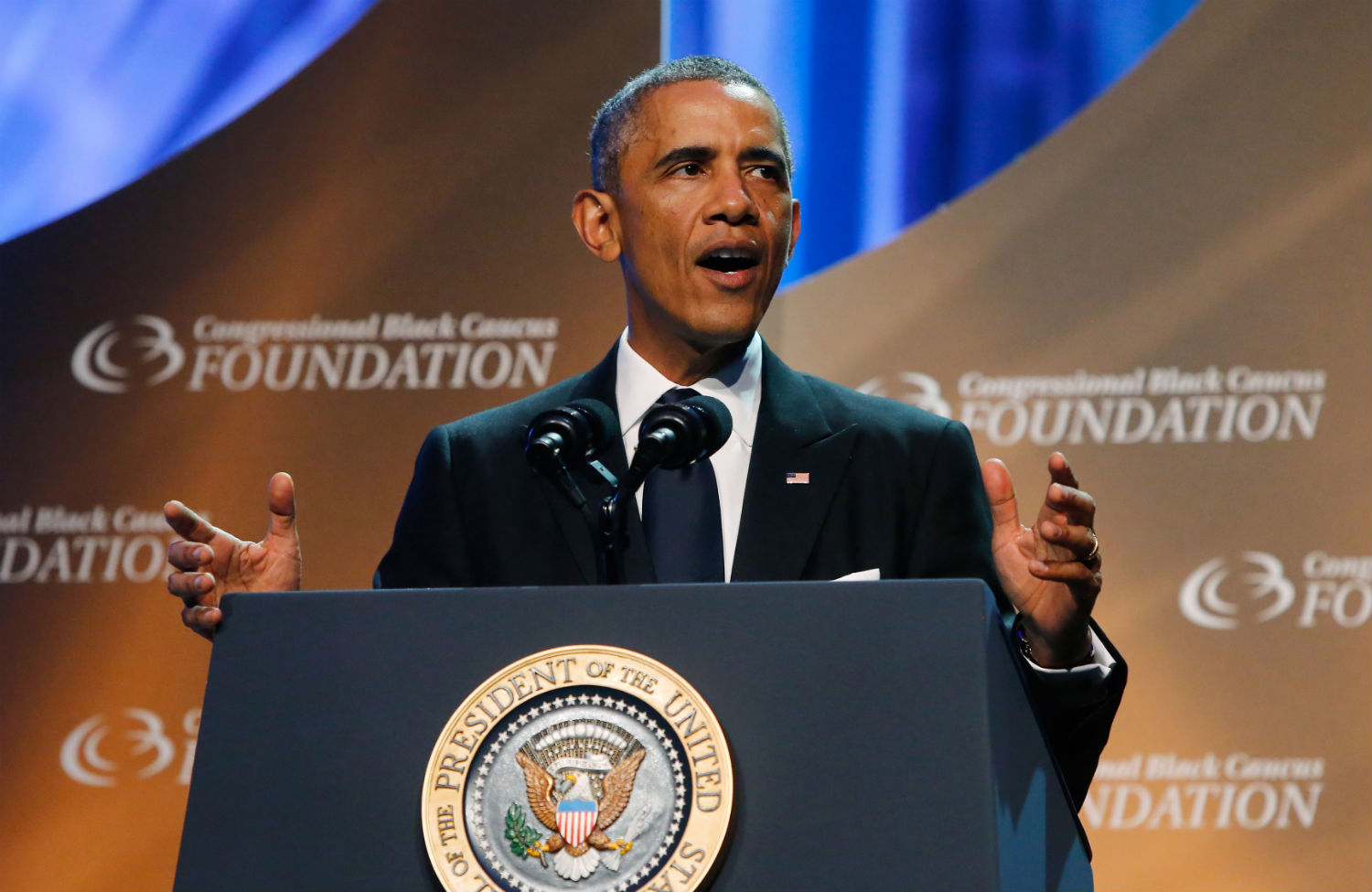 Barack Obama has had a rough fall. Six years into a hard presidency, he’s wrestling with global instability, a pandemic, an uneven recovery and gridlocked governance. His national approval ratings are down, and his Republican critics are absolutely determined to paint the president as a “toxic” element in the midterm mix. But Obama does not look toxic on the trail through the states where he has begun a final round of 2014 campaigning that is focused, energetic and potentially significant not just for Democrats in close and critical gubernatorial races but for a party that has failed at too many turns this fall to provide a coherent and consistent message.

Obama is actually trying to do something interesting on the trail. He is making a case that is antithetical to the crude, fear-based politics of 2014 by arguing not just for voting but for believing that voting matters. This is not abstraction. Midterm elections have significantly lower turnout rates than presidential elections, which tends to favor Republicans. Additionally, plenty of people who voted for the president and for other Democrats in 2008 and 2012 are now put off by the process, legitimately frustrated not just with obstructionist Republicans but with compromising and politically cautious Democrats.

“You just assume that there’s not much you can do with Springfield and Washington,” Obama argued when he campaigned earlier this month with Governor Pat Quinn in Illinois. “And each and every day you’re fed a message that what you think doesn’t really matter, that your experience doesn’t matter, that nothing you can do is going to make any difference, and both parties are in the tank… And you start being skeptical of every politician. And you start believing that it’s not worth voting. Well I’m here to tell you that that kind of cynicism is a choice you’ve made.”

That, argues Obama, is the wrong choice. “You have power,” he has told voters in Chicago and Milwaukee and will tell voters in Portland and Providence and Detroit and Bridgeport—and perhaps even a few more places before November 4.

There is in Obama’s focus on gubernatorial races an unspoken acknowledgement that 2014 election results are not at all likely to produce a Congress that is any more friendly to him or to his policies. But those results are likely to include big wins for popular Democratic governors such as Jerry Brown in California and Mark Dayton in Minnesota, as well as defeats for Republican governors in as many as a half dozens states.

Obama knows that governors have a role to play in critical decisions regarding the success or failure of his policies, and his party. That’s particularly true when it comes to acceptance of federal Medicaid funding for the expansion of healthcare initiatives, which in turn has an influence on the success of the Affordable Care Act. But it also true with regard to a host of federal transportation, communications and education initiatives.

So the president is betting on the gubernatorial races to provide some important wins on November 4. And gubernatorial candidates in some of the closest contests in the country are betting on him.

That makes political sense. Many of the governors elected in the Republican “wave” election of 2010 are vulnerable this year. Many of them are on the ballot in states that Obama won easily in 2012 and where he tends to retain a good measure of personal popularity: Maryland, Illinois, Wisconsin, Maine, Rhode Island, Michigan and Connecticut.

A lot of Obama’s 2008 voters failed to show up in 2010. Now, he is trying to get his 2012 voters to show up in 2014. In the states where he is campaigning, he has good reason to believe that he can still make the connection with folks like 24-year-old Maryland voter Heather Conyers, who attended a rally for Democratic gubernatorial candidate Anthony Brown and told The Washington Post, “Since the president is behind him, I’ll be behind him.

The key in any election cycle is to achieve the right calculus. And some Democrats this year are making the calculation that Obama can and should play a significant role in their closing appeals for votes and for volunteers to get votes by making last-minute calls, knocking on doors and driving people to the polls. This is practical and potentially important, politics.

Despite the right-wing spin and silly punditry of the moment, there are Democrats in tight races who are ready and willing to appear with the president. And the president is giving them a lot more than a cursory tarmac tap. He is trying to move Democrats from the broad category of “registered voter” category to the narrower category of “likely voters.”

That will decide the elections in a lot of states, such as Wisconsin. Consider this: In the final Marquette Law School poll before Tuesday’s gubernatorial election, what has long been seen as a close contest between Governor Scott Walker and Democrat Mary Burke remained so among registered voters with Walker at 46 percent and Burke at 45 percent. However, among likely voters, it was Walker 50 to Burke 43. As the election approached, the percentage of Republicans who said they were “certain to vote” moved from a previous 82 percent to 93 percent. The percentage of Democrats who said they were “certain to vote” moved only from 80 percent to 82 percent.

In Milwaukee Tuesday night, Obama rallied supporters of Democratic gubernatorial candidate Burke. The crowd of 3,500 greeted the president with great enthusiasm, broke into applause regularly and rocked the room with chants of “Obama.” No president, no political figure, objects to that sort of attention. But Obama steered the discussion toward Burke—highlighting her background and taking jabs at Walker that were rooted in the specific issues of the race and the evolving debate.

“Mary Burke doesn’t believe that the minimum wage ’serves no purpose,’ as one Republican said,” declared Obama, in reference to a remark Walker made earlier this month when asked about his administration’s controversial claim that $7.25-an-hour is a living wage.

“She wants to give Wisconsin a raise,” Obama said of Burke, who supports raising the minimum wage in Wisconsin to $10.10 an hour.

The president linked specific complaints about a conservative governor’s opposition to assuring that people who work forty hours a week will not live in poverty to a broader critique of Walker, who has fallen far short of keeping his promise to create 250,000 new jobs. “Wisconsin lags the rest of the country when it comes to job growth,” explained Obama. “So the country as a whole is doing better; Wisconsin is not doing so good. Over the next week, you have the chance to change that. You have a chance to choose a governor who doesn’t put political ideology first, who’s not thinking partisan first.”

Of course, there is a purpose to all this: getting potential Democratic voters excited about casting ballots for a Democratic candidate in a close race. But Obama recognizes that simply telling folks to grab a friend and head for the polls is insufficient, especially in a year where overall enthusiasm is low and turnout rates could dip below not just what was seen in 2012 but potentially below that of past midterm elections.

As the president travels this week, he isn’t just campaigning for Democratic gubernatorial candidates. He is campaigning against cynicism—and the apathy that extends from it.