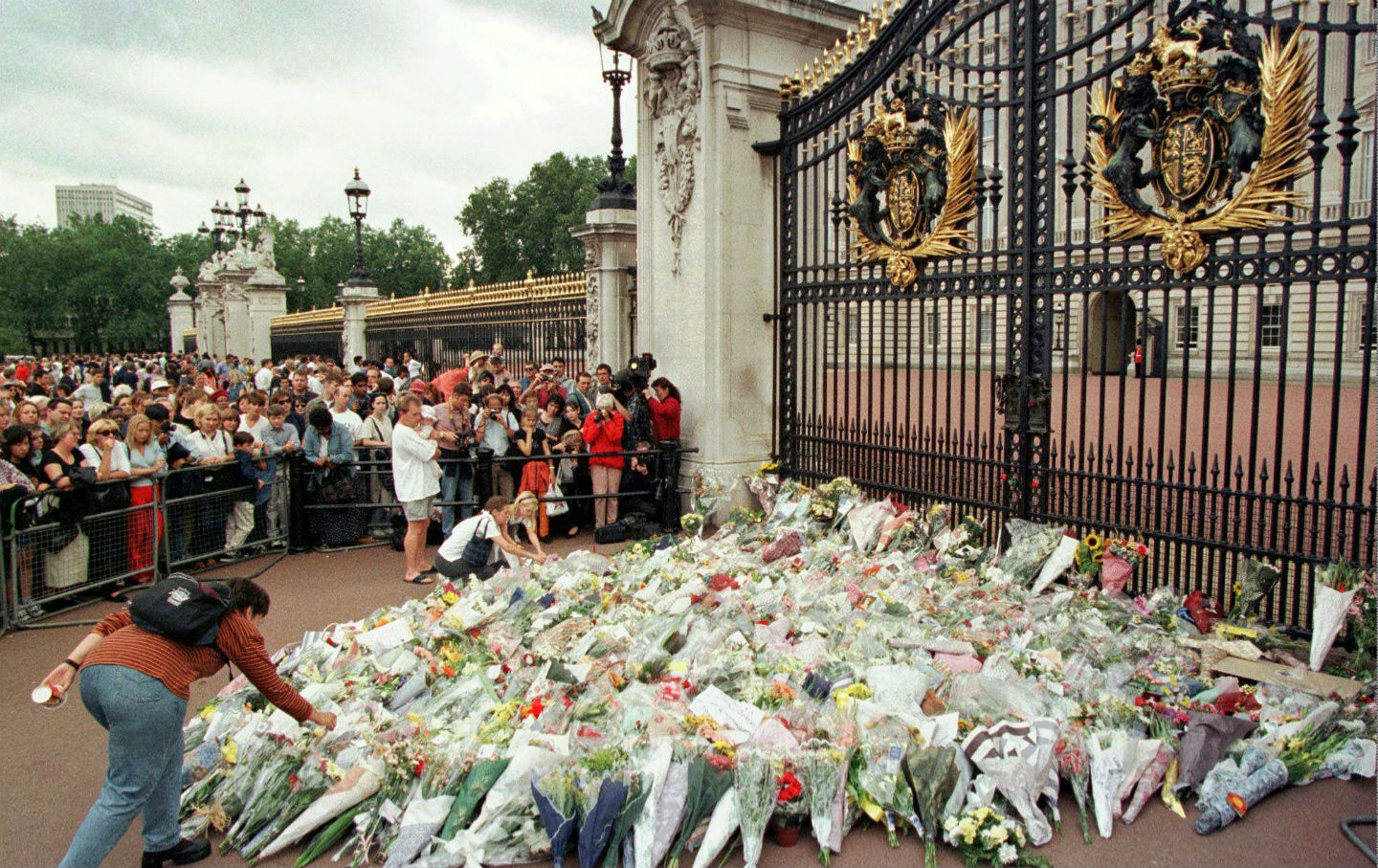 Flowers placed in mourning outside of Buckingham Palace in London in the days after Princess Diana's death in a Paris car accident. (AP Photo)

Princess Diana died on this day in 1997. Then Katha Pollitt wrote one of her best columns ever, “Thoroughly Modern Di” (September 29, 1997).

She may have begun as a nineteenth-century throwback, a barely educated, docile, medically certified virgin waving from a Cinderella glass coach on her way to a “fairy tale wedding” that was actually a marital transaction as cynical and cold-blooded as any in Henry James. But she ended up symbolizing a new set of values: self-invention, psychotherapy, emotional expressivity, egalitarian marriage and women’s right to seek love in and out of wedlock, flamboyant consumerism, public relations, superstardom, the Oprahfication of everything. You can see why women would love her story, which puts a triumphant and glamorous spin on so many themes of contemporary women’s lives—eating disorders, depression, chilly husbands, bad marriages, divorce—culminating in near-total victory over the mother of all mothers-in-law from hell. And because these are indeed real issues that in some ways transcend class, those who critcize the princess tend to sound callous, reactionary and misogynous….

That said, for me, the amazing thing about the Diana story is simply that there is a Diana story…. What depresses me about the outpouring of emotion on the death of Diana is what it says about how little so many millions of people expect out of life. It’s pathetic, really, all those grown men and women telling reporters how much it meant to them that Diana visited some relative’s hospital room, or shook their hand at the opening of a supermarket, or just “meant something” or “made a difference” of some never-exactly-specified nature. It’s as if people have abandoned any hope of achieving justice, equality, self-determination, true democracy, and want nothing more than a ruling class with a human face.