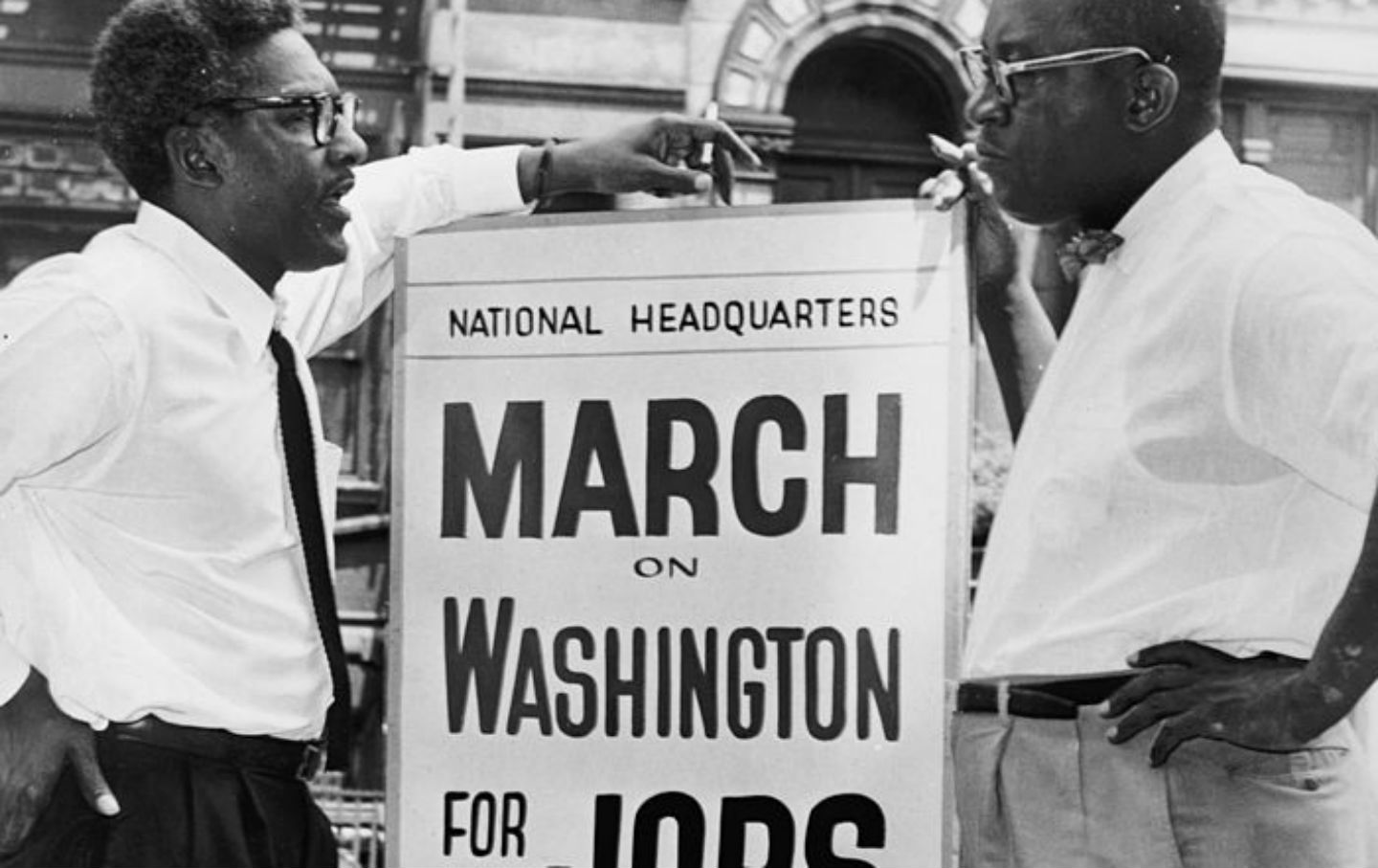 March on Washington organizers Bayard Rustin and Cleveland Robinson in 1963. (Library of Congress)

Conservatives love to invoke a single line from Martin Luther King Jr.’s speech at the Lincoln Memorial 52 years ago today as evidence of the civil-rights leader’s commitment to all things red, white, and blue—“the Great American Barbecue,” as The Nation’s editors put it in their editorial about the March on Washington—but even back in 1963 it was obviously to some (to the editors of The Nation, say) that the implications of the movement were a lot more radical. This was the great theme of the magazine’s coverage of King in the 1960s and of King’s writings for the magazine: that securing civil rights might be possible, but achieving economic justice for all would be much, much harder.

The March will go down in history as a superb example of orderly, democratic self-expression. It should bring a blush of shame to the cheeks of those who tearfully voiced a variety of misgivings about the enterprise and suggested that it should not be staged. It should also mildly embarrass those who deployed troops and police as though Washington were about to be besieged by a hostile army instead of being visited by a vast number of friendly and well-disposed citizens who conducted themselves with the utmost restraint, dignity and impressive dedication to a fine public purpose. The demonstration should also establish what has been clear all along—at least to those who have had more than a nodding acquaintance with the so-called “Negro problem”—that the Negroes are probably the least alienated of America’s racial minorities and the least revolutionary in any ideological sense. The overwhelming drive of American Negroes, in all regions, at all levels, is for middle-class status; they want to participate, on terms of freedom and equality, in the Great American Barbecue.

But a question remains: after the civil-rights issue has been won, as it will be—that is, after all legally sanctioned forms of Jim Crow discrimination have been removed—what then? All that needs to be done to take the disturbing overtone out of this question is to grant Negroes the right to join the American middle class on terms of full freedom and equality. This is far from an intimidating prospect, it could mean greater buying power, more profits, a higher GNP. In practical terms, however, it poses some major social, economic and political problems. But civil rights is the first phase and victory in this should set the stage for the larger reforms and structural changes in the economy that must come next.