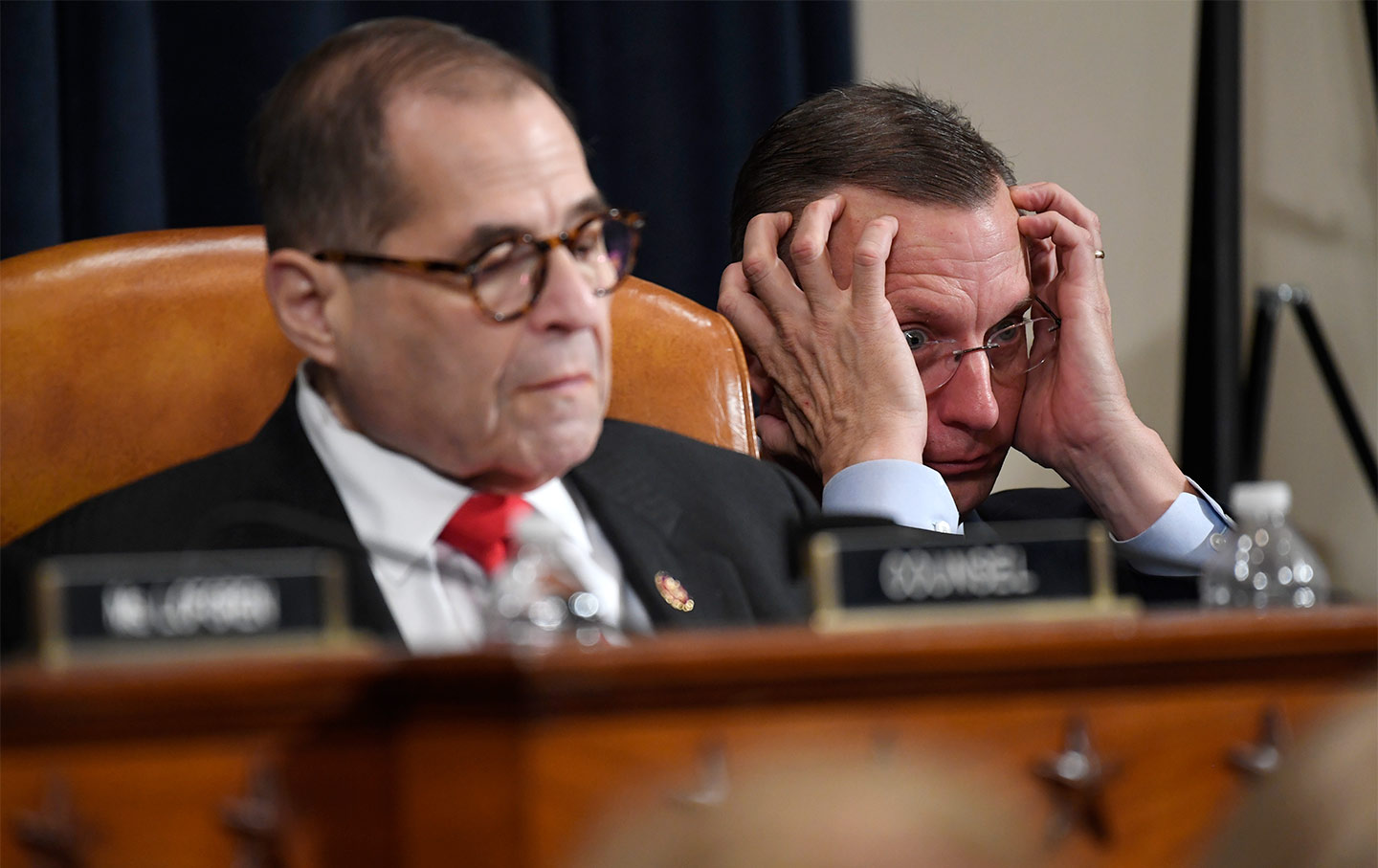 Despite the fierce rancor that was on display in Monday’s impeachment hearing in the House Judiciary Committee, where committee Republicans sought to portray the inquiry as Democratic overreach—with calls to strike language from the record that “impugns the motives of the President and suggests he’s disloyal to his country…”—Democrats will not be alone in supporting impeachment.

This is not to deny the partisan divide. The vast majority of House Democrats have indicated that they support the rapidly advancing impeachment process, while most Republicans have indicated that they are opposed. However, there is more to it than that. While there’s still some question about whether every Democrat will back every article of impeachment approved by the House Judiciary Committee, and while it’s still within the realm of reason that a handful of Republicans could break with the president on at least some issues, there is no longer any doubt that the independent member of the House will side with the Democrats.

Representative Justin Amash of Michigan was elected as a libertarian-leaning Republican in 2010, 2012, 2014, 2016, and 2018, but in July 2019, he broke with his former party over its subservience to Trump. Amash has made no secret of his belief that Trump has abused his position. The congressman is no liberal; in fact, he is arguably one of the most genuinely conservative members of the House. But the Michigan independent is also one of the chamber’s most outspoken and unrelenting advocates for the system of checks and balances. It was as such that he announced last week, after the first Judiciary Committee session on impeachment, that he was prepared to vote to hold the president to account.

Amash also made a sound argument for why his colleagues in both parties should be prepared to join him.

“This should be unanimous, not partisan. Impeachment in the House is not a conviction. The trial happens in the Senate. All the House does is charge impeachable conduct,” explained Amash. “All we need is probable cause. That threshold is easily met with the existing evidence.”

That was a significant statement. But what was more significant was Amash’s specificity in describing the articles he was ready to support. Though he wants to review what the Judiciary Committee proposes—perhaps as soon as this week—the congressman indicated that he would be prepared to back articles of impeachment detailing Trump’s abuses of power, his obstruction of Congress, and his obstruction of justice. “I think,” Amash told CNN on Friday, “there’s sufficient evidence for all three.”

It is vital that the Judiciary Committee write multiple articles of impeachment in order to address the range of issues that have been raised by Trump’s wrongdoing. There is no question that Democrat counsel Barry Berke was correct when he explained during Monday’s hearing that “the scheme by President Trump” to withhold aid from Ukraine in an effort to force President Volodymyr Zelensky to announce an investigation that might embarrass former vice president Joe Biden was “so brazen, so clear, supported by documents, actions, sworn testimony, uncontradicted, contemporaneous records, that it’s hard to imagine that anybody could dispute those acts, let alone argue that conduct does not constitute an impeachable offense or offenses.”

But there need to be additional articles of impeachment involving Trump’s obstructions of justice and of Congress, as Amash suggests. There is also a strong argument for an article involving violations of the domestic and foreign emoluments clauses of the Constitution. For all of these potential articles, there are also “uncontradicted, contemporaneous records” that “make it hard to imagine that anybody could dispute those acts, let alone argue that conduct does not constitute an impeachable offense or offenses.”

Members should be able to vote for articles of impeachment that respond in a full and realistic sense to Trump’s wrongdoing. That does not mean that all of the president’s malfeasance will be addressed. But it would be wrong to respond too narrowly to the circumstance in which Trump has placed the Congress and the nation.

There is historical precedent for having multiple articles and some members voting for certain articles and against others.

The Republicans’ Star Impeachment Scholar Is a Shameless Hack

Of course, there will be Republicans who oppose impeachment at every turn. Monday’s hearing was rancorous in the extreme; Republicans on the committee played out their own obstruction strategies—going so far as to force a roll-call vote on whether to take a midday break. Those disputes will be no less intense if Judiciary Committee Democrats propose three or four articles.

They will clarify the case for holding Trump accountable as well as provide additional grounds for Amash to step up and argue, as a non-Democratic supporter of impeachment, that “the job of a member of Congress is not to represent a political party or a president but rather to represent the people, within limits prescribed by the Constitution to secure the rights of the people.”