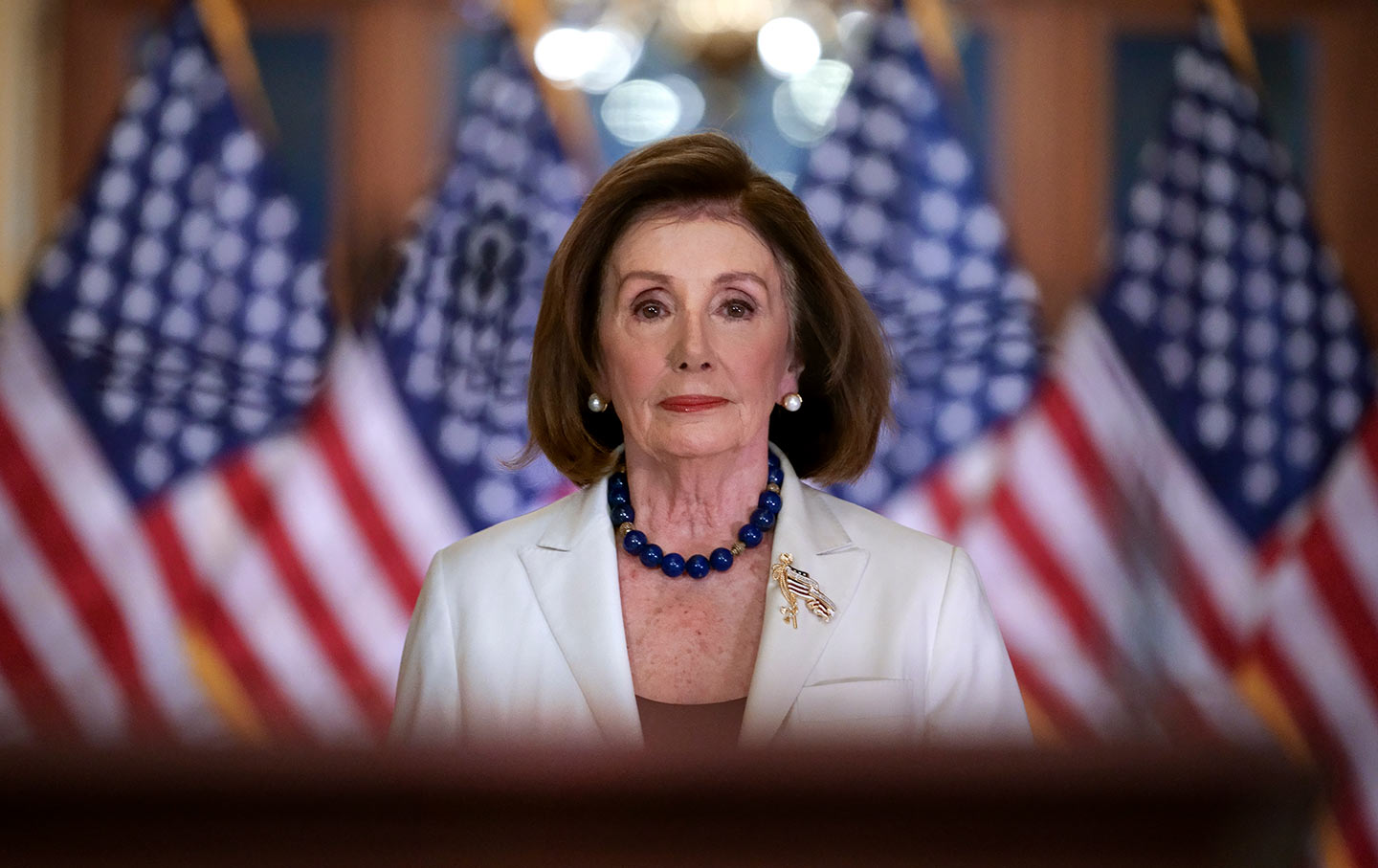 Speaker of the House Nancy Pelosi announces the House will move forward with impeachment of President Donald Trump at the Capitol on December 5, 2019. (AP / J. Scott Applewhite)

“The president’s actions have seriously violated the Constitution,” declared the California Democrat, who leads a House majority that has the numbers to impeach the president. “Our democracy is what is at stake,” said Pelosi, speaking with a sense of urgency. “The president leaves us no choice but to act because he is trying to corrupt, once again, the election for his own benefit.”

Pelosi referred to “articles of impeachment” in her Thursday morning remarks, and that is important, as there should be a number of articles. They will certainly address the president’s abuse of his position in an effort to influence the 2020 election. But they should also focus on Trump’s efforts to thwart the congressional inquiry into those abuses.

The speaker embraced the conclusion of the House Intelligence Committee that Trump abused his power by pressuring Ukrainian President Volodymyr Zelensky to announce an investigation into former vice president Joe Biden, a leading contender in the race for the 2020 Democratic nomination. “The facts are uncontested,” she said. “The President abused his power for his own personal political benefit at the expense of our national security by withholding military aid and a crucial Oval Office meeting in exchange for an announcement of an investigation into his political rival.”

At the same time, Pelosi’s statement provided encouragement for those who seek an impeachment that focuses not merely on the Ukraine affair itself but also on the president’s obstructions of inquiries into his wrongdoing, by Congress and federal law enforcement agencies. The speaker did not speak of specific articles, saying she would leave that to the committee chairs. But in a press conference following her announcement, Pelosi said, “We’re not going to be accomplices to his obstruction of justice.”

Noting that Trump “has refused to produce a single document and directed every witness not to testify,” Nadler and his Judiciary Committee colleagues focused a significant amount of attention on the obstruction of Congress during Wednesday’s hearing—with a particular emphasis on the concern of the framers of the Constitution about the prospect that presidents might assume “monarchical” or “kingly” powers.

Pelosi picked up on that language in her Thursday announcement.

Invoking the Declaration of Independence and the Constitution, the speaker argued that “the president’s actions have seriously violated the Constitution, especially when he says and acts upon the belief Article 2 says ‘I can do whatever I want.’ No. His wrongdoing strikes at the very heart of our Constitution—a separation of powers, three co-equal branches, each a check and balance on the other.”

That system of checks and balances, Pelosi explained, was established to guard against the rise of “an oppressive monarch” who might abuse his position for personal or political gain. “If we allow a president to be above the law, we do so surely at the peril of our republic,” she declared. “In America, no one is above the law.”