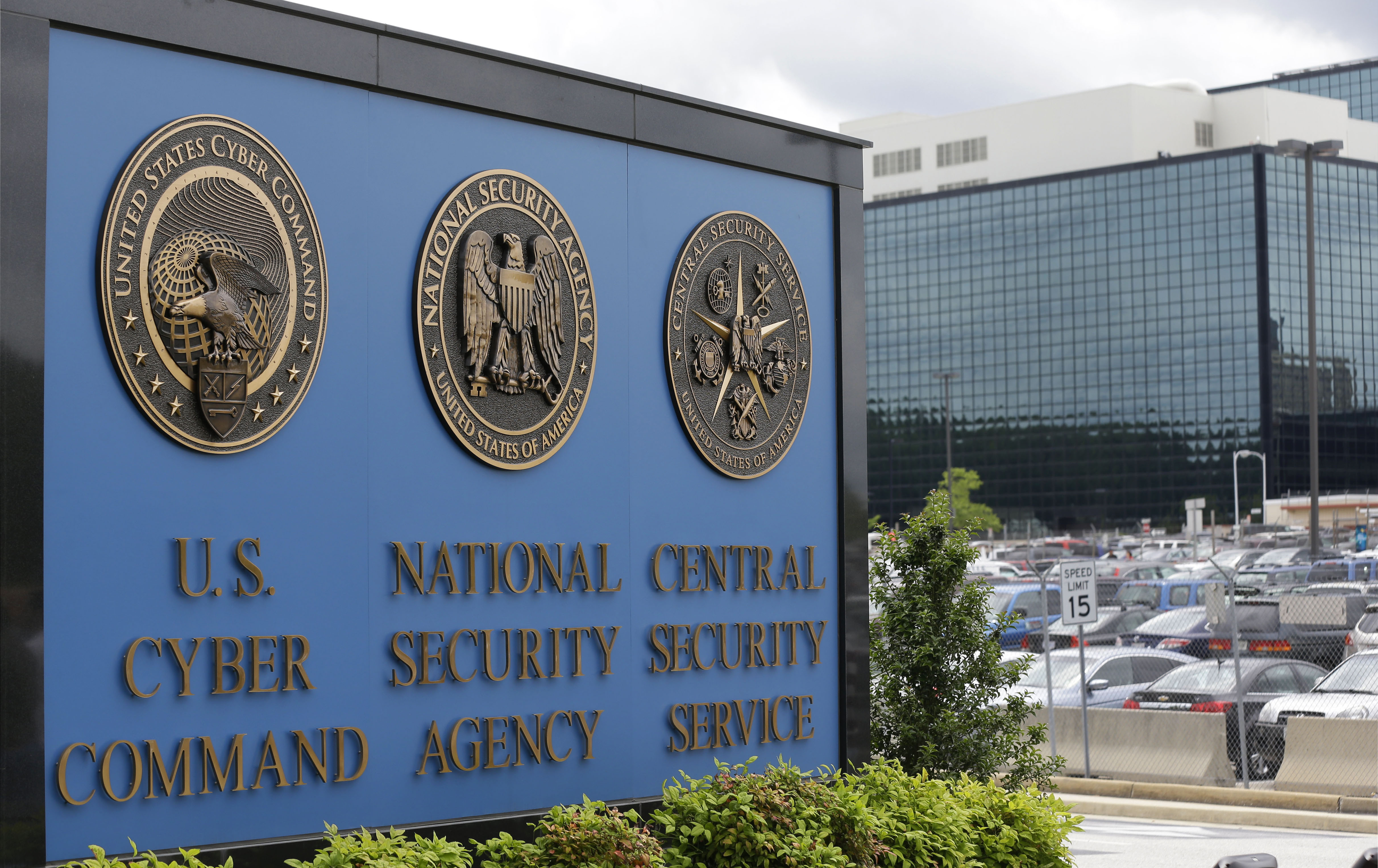 Much has been made about “the post-truth era,” the popular idea that we live in a time uniquely adverse to facts. Pundits insist that, while politicians have always lied, the rise of Trump marks a distinct departure from a fidelity to the most basic facts. We are living in a time where down is up and up is down, and the republic is threatened by these post-fact forces. While there is an element of truth to this (it is true that Trump is one of the most prolific liars in modern American political history), a potentially more pernicious force has emerged over the past few weeks that should give us equal, if not greater, pause: the post-evidence era.

A series of leaks and unclassified reports by the United States government over the past month involving alleged Russian hacking of the DNC and the Clinton campaign in order to help Trump win the White House have understandably captured the media narrative. “Russian election hacking” became the popular descriptor, with most media outlets from The New York Times to The Washington Post dropping the word “alleged” or “according to X” formulation entirely.

“The Russians hacked Democrats in an effort to swing the election to Trump,” insisted Politico’s chief economic correspondent, Ben White. “Everyone knows this. It’s not in question.” But despite the frequent, self-affirming leaks and reports by US intelligence agencies, the fact remains: Actual evidence of these claims has yet to surface. Thus far, for better or worse, we are simply taking the government at its word. The same government officials that, in just the past few years, have lied about everything from CIA torture to NSA bulk-collection of data on Americans.

While there is circumstantial evidence as well as technical indicators, what specific evidence the US government is relying on to reach its blockbuster conclusion remains under wraps. The closest thing to detailed evidence comes from a report released back in June by CrowdStrike, a private security firm employed by the DNC. But if the report alone wasn’t satisfactory in June, why is it now? Officials insisted more hard proof was forthcoming, but six months later all we have is anonymous leaks and an Office of the Director of National Intelligence report, released on January 6, that even former NSA lawyer and Lawfare editor Susan Hennessey called “underwhelming at best,” with “no new information.”

Indeed, the much-anticipated DNI report was mostly executive summary and a recycled 2012 report on Russian cable channel Russia Today. Even the typically credulous Daily Beast said the release was “scant on new evidence” and “a literal rehash of outdated information.” The New York Times noted that “the declassified report contained no information about how the agencies had collected their data or had come to their conclusions.” And reliably anti-Putin writer and activist Masha Gessen added in The New York Review of Books that “a close reading of the report shows that it barely supports such a conclusion. Indeed, it barely supports any conclusion.”

Adding to the confusion is the fact that the FBI, according to reports, didn’t independently audit the DNC servers, having been stonewalled by its staff and a series of anonymous leaks by the intelligence community (climaxing with the now-infamous “dossier” dubiously posted by BuzzFeed on January 10 involving sordid sexual allegations) that seem far more intended to mindlessly smear than to elucidate. More gossip and hearsay, but to the healthy skeptic still nothing approaching evidence—a fact that would normally give liberals pause, except that the leaks are targeting an objectively terrible person. (It’s understandably difficult to garner sympathy for a man whose entire political life, from the birther lie to the Central Park Five, has been defined by baseless, racist innuendo.)

Yet, despite all the noise, the average American has no more direct evidence of Russian involvement than it did in June. The response to these objections has typically been that to reveal anything bordering on satisfactory evidence would expose “sources and methods” and put Americans at risk. After journalist Julia Ioffe expressed apparent skepticism over the lack of evidence, her future boss and editor-in-chief at The Atlantic Jeffrey Goldberg jumped in, tweeting, “because the intelligence agencies are protecting their sources and methods.”

“It is truly not an overstatement to say that technical capabilities we have spent years and millions to develop could be rendered useless in one news cycle if disclosure is not handled correctly,” former CIA agent Steven L. Hall lamented in The Washington Post. “Worse—and I do not exaggerate—if it were human sources that provided the information, they could lose their lives.”

Even if one accepts that this is the case, a dangerous moral hazard is being blindly accepted by reporters nominally charged with protecting us from a lack of accountability. John McCain has called the Russian hacking “an act of war,” and many are proceeding accordingly. The stakes for strained Russian relations could reverberate from Syria to Ukraine, heightening tensions and fueling a number of proxy conflicts.

Historically, events that are used to justify wars happen in the physical world where they can be audited in the present by journalists and in the future by historians. The sinking of the USS Maine, the alleged attack in the Gulf of Tonkin, Saddam Hussein’s supposed weapons of mass destruction were all physical events or claims with the possibility of follow up analysis. They were, at the very least, falsifiable. Cyber attacks are not. They are carried out, necessarily, in a forum where dot-connecting and evidence are left entirely to the government and its contractors.

Cyber attacks, we have been told for years, are the war zone of the future. With the fact set of this war zone being established by an opaque network of contractors, spooks, and subcommittees, the truth of who did what can never truly be independently verified. It’s not a stretch to imagine a scenario where the United States could start a real, hot war in the near future based on cyber attacks, the evidence of which can never be audited or examined by the public, either in the buildup to war or in the years that follow. We are presently, without much consideration, codifying a standard of casus belli that will go, by its very nature, into a memory hole.

Picture autumn 2018, President Trump insisting that Iran hacked the Pentagon, and he’s going to respond by striking targets in Tehran. Upon demands for evidence, he can simply use present-day pundit logic against dissenters.

“It’ll compromise sources and methods, trust us,” Trump and his newly revamped, hand-picked intelligence heads will say. What recourse would we have? What standard of evidence could we demand? One could argue that Congress is that check, and that bipartisan committees overseeing evidence are enough to put your mind at ease. But anyone who lived through the post-9/11 panic and the Iraq War conspiracy knows that those in government, even if elected, cannot be their own objective arbiters. (Indeed, this is the whole point of having a press and a Freedom of Information Act in the first place.) Congress cannot be the American people’s only firewall for a number of reasons, not the least of which being that it is spied on by the very same intelligence community that it is charged with overseeing.

One compromise could be to set up an adversarial system that still respects the security concerns of the intelligence community while seeking outside auditing. Similar to a FISA court (though a lot less of a rubber stamp), but with outside journalists, government transparency groups, and other parties that are not subject to the groupthink, patriotic fervor, and conflicts of the current players. This proposal is far from ideal (full disclosure of evidence still remains the preferable standard), and it’s unclear what such a process would look like exactly, but any such system would be better than the current one of “trust us.” Something, anything, would be better than nothing.

It’s not enough for journalists to throw up their hands and say that “the government has to protect its sources and methods” while it simultaneously spreads selective leaks from intelligence agencies. If the government is going to use the media to push a position, it, at the very least, owes this media access to evidence—any evidence at all—used to justify this position.