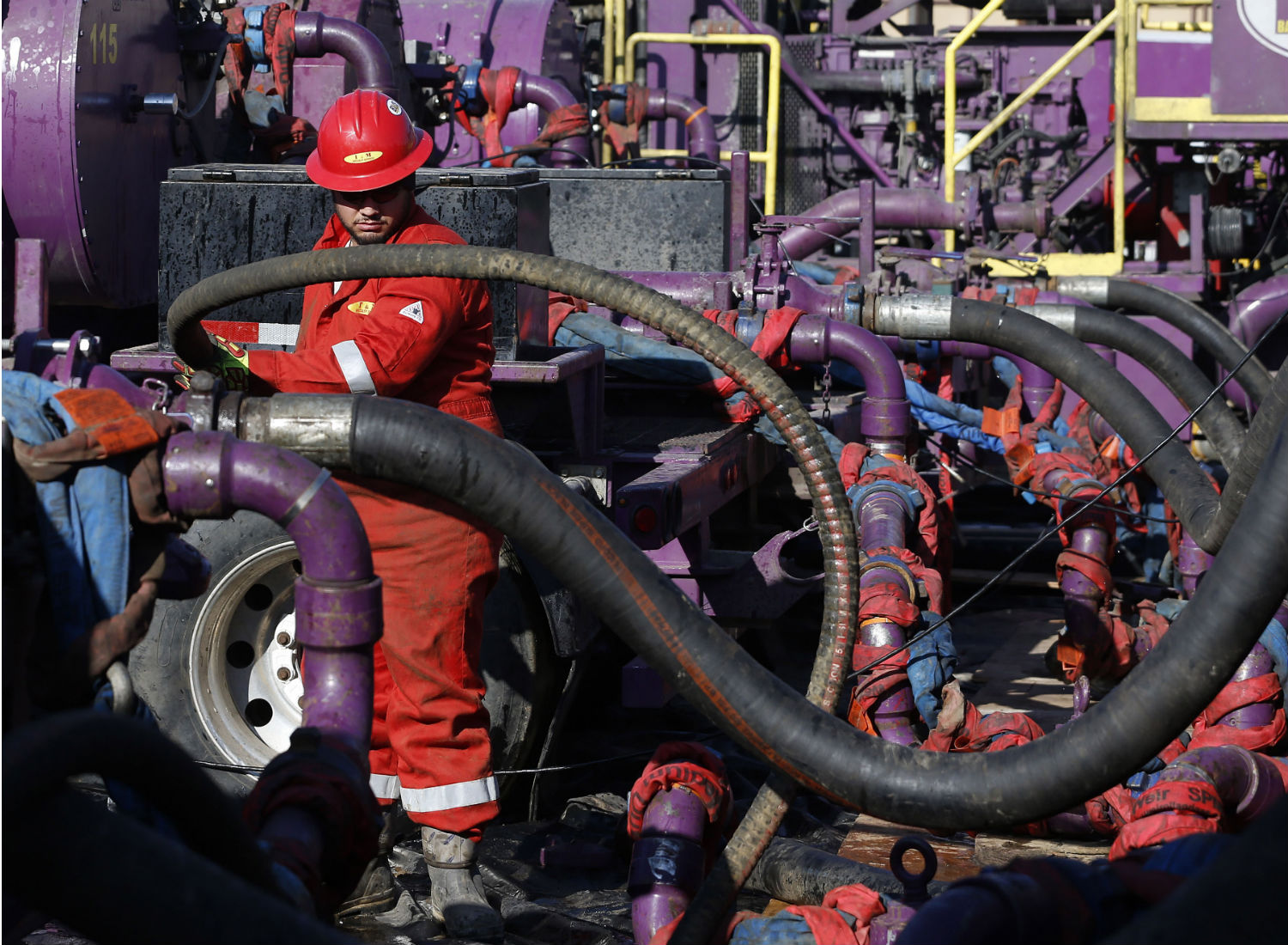 Last week’s Republican election victories will set the stage for more stagnation in Washington, but might also grease the skids for some of the most controversial energy ventures at ground zero in the climate change debate: the long-stalled Keystone XL Pipeline project, and the booming hydraulic fracturing, or “fracking,” industry. But one thing that might put the brakes on the dirty fuel rush is the mounting research evidence linking oil and gas extraction to massive health risks for workers and communities.

This suggests fracking may bring risk of cancer, birth defects and long-term respiratory and cellular damage to local towns and farms. Building on other studies on drilling-related water contamination, the air pollution research may stoke growing opposition from communities near drilling sites, who must weigh the industry’s promises of new investment and jobs against the potential cost to the human health.

The findings also raise questions about the safety of fracking-site workers, who may have far less legal recourse over potential health damage than do local homeowners. Many work contract jobs under harsh, isolated conditions, in a volatile industry where pressure to pump profits is high and labor protections weak.

In contrast to other forms of oil and gas extraction, fracking is a particularly murky field because the process uses massive volumes of chemicals, with little regulatory oversight or corporate transparency.

Acording to the study’s lead author David O. Carpenter, director of the Institute for Health and the Environment University at Albany, workers may face acute risks, and research on the long-term occupational health effects lags behind the industry’s expansion.

This is a major problem as many of these workers are on contracts, have no union looking over their shoulders, and no long term insurance etc. The workers must have enormous exposures to chemicals, air pollutants and radiation. Our study is exclusively residential although certainly one would expect the workers to be exposed to the same air pollutants, only at a higher concentration yet.

Earlier this year, researchers with the National Institute for Occupational Safety and Health reported on four worker deaths related to hydrofracking waste fluids since 2010, in the fracking “frontier” of the Williston Basin in North Dakota and Montana.

Many more “gas vets” may be suffering silently. Ellen Cantarow’s investigation on the health issues in the fracking industry documented the case of one worker, Randy Moyer, whose subcontracting job with a fracking operation has left him with massive inflammation, including a tongue so swollen it clogged his windpipe, and various inexplicable ailments including headaches, chest pains, “constant white noise in his ears and the breathing troubles that require him to stash inhalers throughout his small apartment.”

Moyer recalled in a recent interview with Food and Watch Watch (F&WW), “When I first got the rash, it was so bad; it’s like being on fire, and nobody can put you out.”

But workers face more immediate crises as well: they’re working strenuous, precarious jobs, and are constantly at risk of falls, burns from scalding water, crushing injuries, car accidents, getting struck with chains or caught in machines, and countless other traumas, according to a F&WW analysis. Official labor statistics from 2003 to 2012 show that work-related deaths in the oil and gas sector were “6.5 times the fatality rate of all U.S. workers…. During that decade, oil and gas drilling jobs were nearly 12 times as deadly as the average job in the United States.”

The samples assessed in the air pollution study were collected by volunteers from local environmental watchdog groups, who were trained to systematically sample air near various production and processing sites in Arkansas, Colorado, Ohio, Pennsylvania and Wyoming. Substances that were found at alarming levels include benzene, which has been linked to leukemia and lung disease, as well as problems with child and fetal development.

Volunteer researcher April Lane, with the environmental group ArkansasFracking.org, said in a statement announcing the study that symptoms began to appear as volunteers sampled air near oil and gas development sites in central Arkansas:

Almost all of us who took air samples reported health symptoms while sampling was taking place, including headaches; dizziness or lightheadedness; irritated, burning, or running nose; nausea; and sore or irritated throat.… I have a five year-old son and have to wonder what kind of problems might he and other children have to endure?

One of the twists of the study is that the volunteers who helped gather samples were also, in an odd way, both subjects and researchers. Community-driven research projects like this, which enlist the most impacted communities as field observers, can engage with the science in a participatory way that can empower the community to counter the industry’s spin on the safety ramifications of natural gas extraction.

It may be too late for the families of Arkansas fracking towns, or for Randy Moyer, but the pollution data can help bolster the grassroots opposition to fracking in areas the industry is seeking to penetrate. New York may be next: newly re-elected Governor Andrew Cuomo is mulling whether to scrap a statewide drilling moratorium and invite the fracking boom into upstate counties.

In response to an e-mail query about whether the state is considering the new study in its pending environmental impact review, the state’s Department of Environmental Conservation responded, “DEC will not take any final action or make any decision regarding hydraulic fracturing until after that review is completed and DEC…is satisfied that this activity can be done safely in New York State.”

But for activists, the science is clear enough: “almost every other day we’re seeing new scientific evidence of the toxic air, water and ground pollution that fracking creates,” F&WW Field Communications Director Seth Gladstone says via e-mail, adding that with the industry now eyeing upstate counties, “New Yorkers won’t tolerate this threat to our health.”

While the data on fracking’s health impacts seems unlikely to “satisfy” all the public’s safety concerns, by taking charge of the scientific research process, community advocates are satisfying their own quest for the truth.