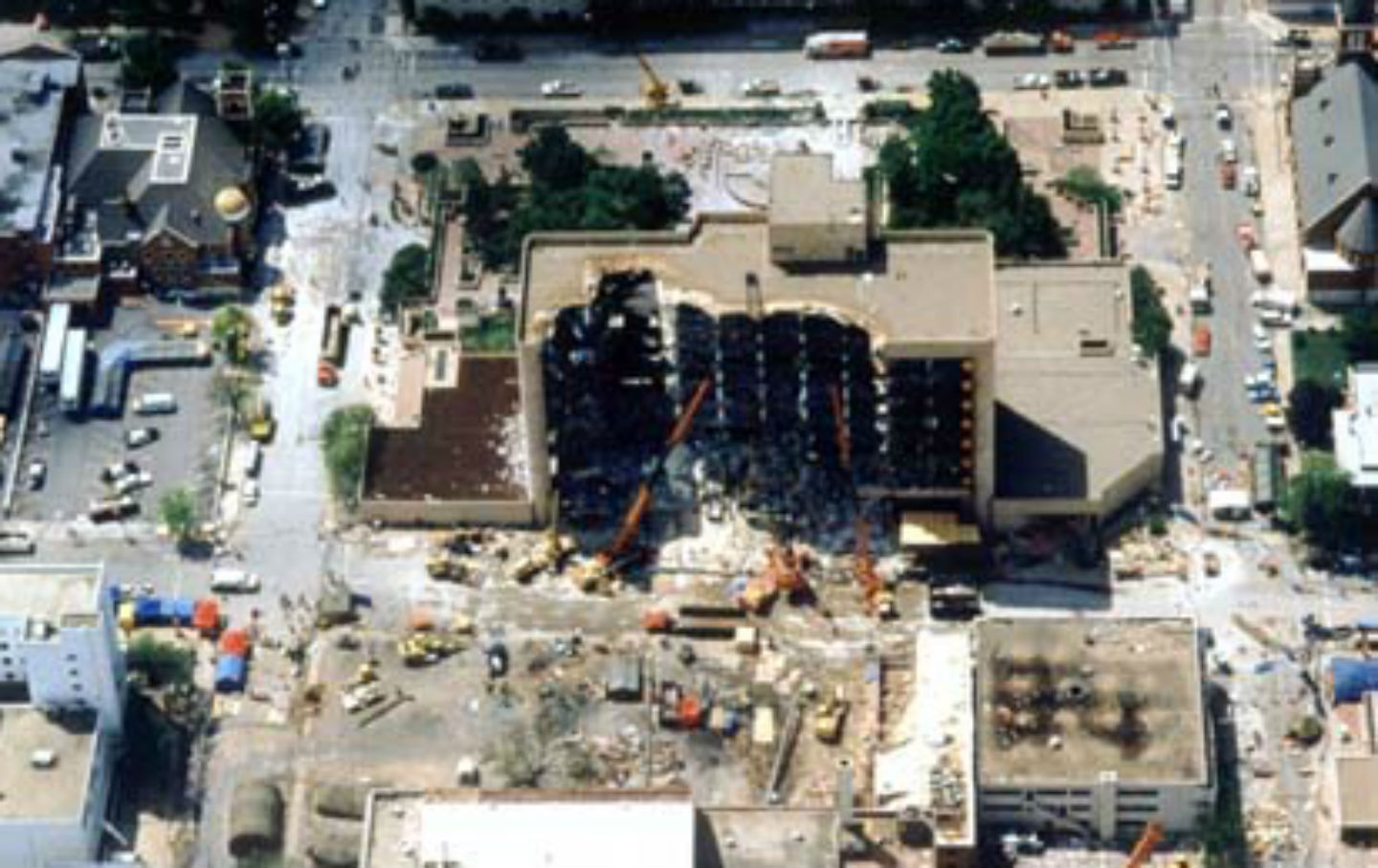 The Alfred P. Murrah Building in Oklahoma City after the bombing, which killed 168 people and injured more than 680. Nineteen victims were children, as there was a day-care center on the first floor. (Wikimedia Commons/Army Corps of Engineers)

We have learned time and again since 2001 that mass murder perpetrated by disturbed Muslims is the byproduct of a vast, diabolical conspiracy against all things American, good and true and that mass murder perpetrated by disturbed white Christians is proof only of an aberrant, poorly socialized mind. But even before 9/11 The Nation was combatting this convenient mythology. When a set of right-wing evildoers destroyed the Alfred P. Murrah Federal Building in Oklahoma City on this day twenty years ago, The Nation pointed out that if the conspiracy was fairly small, those who might rightly be considered Timothy McVeigh’s fellow travelers were legion—and walked the halls of Congress, no less apologetically, as one can't help but notice, now than then.

The awful Oklahoma City bombing exposed, along with the shattered superstructure of the Alfred P. Murrah Federal Building, the dark currents of paranoia and violence now overtaking American politics. Despite the escalating attacks on abortion clinics, despite the loud warnings from Klanwatch, the Anti-Defamation League and Planned Parenthood, most Americans still believed in Sinclair Lewis’s famous phrase, that It Can’t Happen Here—at least, not at the hands of a native-born conspiracy of would-be patriots. As with the J.F.K. assassination, there is a sense of innocence lost, this time the nostalgic innocence of the right.… The Oklahoma City bombers were goaded to action not just by their private mad impulses but by a broader political culture. Suspect Timothy McVeigh, a former Army sergeant and thwarted Special Forces candidate, found a home in an armed militia movement arising from a primordial stew of property-rights fanatics, gun control resisters and white supremacists. Their essential fears and principles lie within the visible spectrum of the right's vigilante rhetoric as posted daily in the Congressional Record and on the radio waves, and they are hardly alone in their xenophobic vision of America at war against spiritual decline.