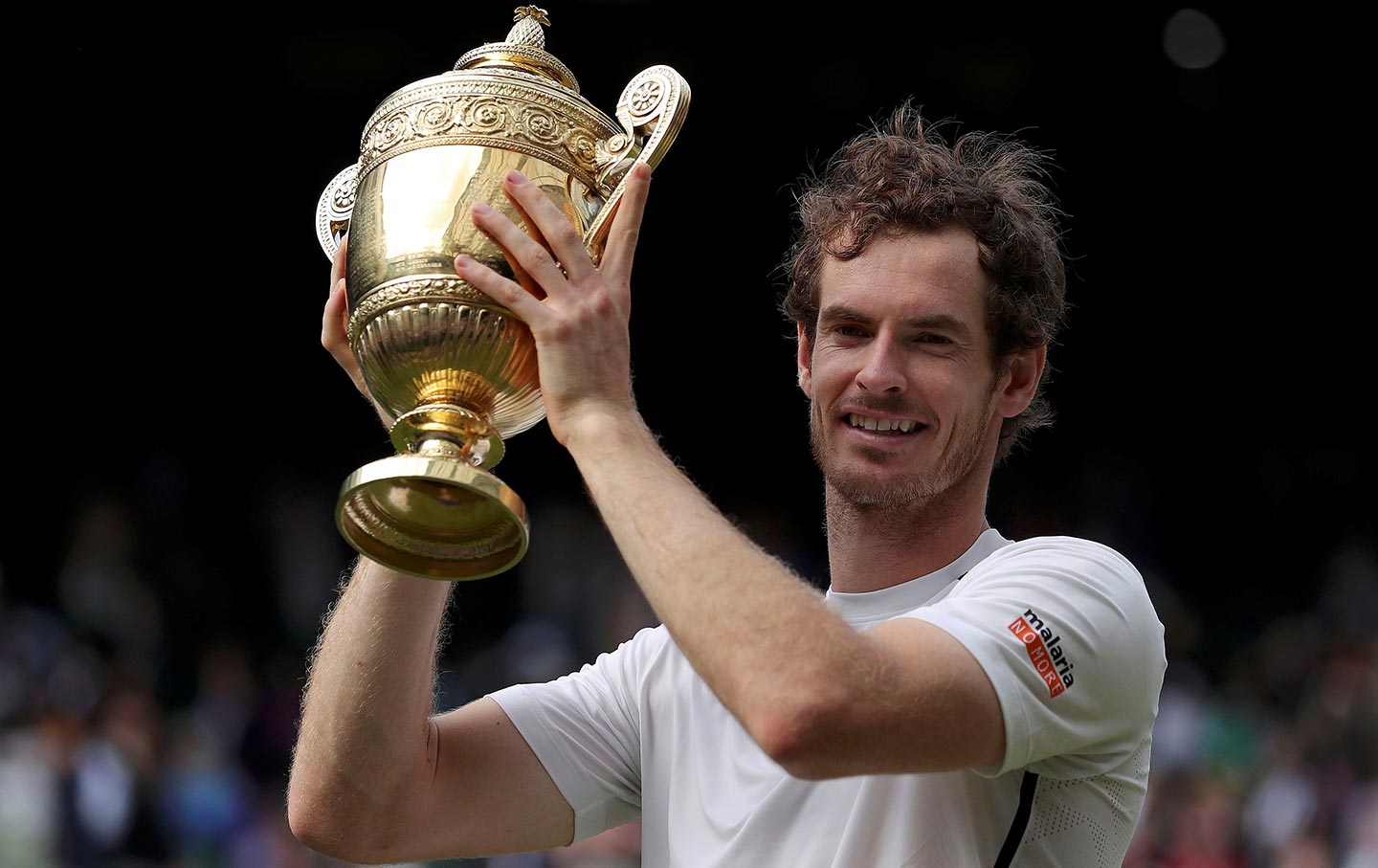 In 2013, Andy Murray achieved legendary, never-have-to-buy-a-pint-in-a-pub-again status when he walked into the All England Lawn Tennis and Croquet Club and won Wimbledon, becoming the first tennis player from the UK to triumph in the tournament since 1936. He has had a hell of a career, a former world number-one, a three-time Grand Slam champion and two-time Olympic gold medalist, carving out a place for himself in an era dominated by three of the greatest players to ever live, Roger Federer, Rafael Nadal, and Novak Djokovic.

On January 11, the 31-year-old Murray made it official and announced that his career was coming to an end because of the chronic hip pain that’s been plaguing him for several years. He made the announcement while breaking down in tears at a press conference before the upcoming Australian Open. Murray’s hope is to retire after Wimbledon, but isn’t sure if his body will even let him make it until the summer. “I’m not feeling good. I’ve been struggling for a long time,” he said. “Been in a lot of pain for 20 months now. Pretty much done everything I could to make my hip feel better. Wimbledon is where I would like to stop playing but I’m not certain I’ll be able to do that. I’m not certain I can play through the pain for another four or five months… “ Murray, who in two years has dropped from number one in the world to 230, as his injury has worsened, spoke of his inability to do the most mundane tasks, let alone play Grand Slam tennis. “There’s little things like day-to-day which are also a struggle. It would be nice to do them without any pain.”

Murray should be remembered not only as a great tennis player but as someone very undervalued at the intersection of sports and politics. Inspired by his staunch feminist mother, tennis coach Judy, Murray has long been an advocate, an ally, and a fighter for women in tennis and all of sports. It’s less what Murray has said than the environs in which he said it. Tennis is a very crusty, antediluvian, sexist world, which is what has made it so bracing for a player of Murray’s caliber to relentlessly fight against the erasure and invisibility that often cloaks the women’s game. Some of these gestures have been small, made all the more remarkable for their rarity. For example, when asked by a journalist how it felt to see Sam Querrey to become the “the first US player to reach a major semi-final since 2009,” Murray cut him off and clarified with “male player.”

When he was lauded for being the “first person to win two Olympic gold medals for tennis,” Murray again cut the questioner off with: “Venus and Serena have won four each.”

On the long fight for pay equality in tennis Murray has been out front saying, “Women should have equal pay, 100 per cent…. I think it will happen one day. The crowds are coming to watch the women as well.”

He has fought this erasure as well by fighting to get more women to play on Wimbledon’s Centre Court, saying, “[They] need to maybe find a way of allowing for an equal split of the men’s and women’s matches across the tournament rather than just looking at one day.”

But perhaps the place where Murray’s deeds matched his words most sharply was his hiring of former pro Amelie Mauresmo as a coach. He credits Mauresmo with changing his game and turning his career around and has gone on the attack against the number of people who attacked Mauresmo for having the gall to coach male players. He said, “I didn’t realize that Amelie would find herself up against such criticism and prejudice…. The staggering thing was that she was slated every time I lost, which is something my former coaches never ever experienced. It wasn’t right…. Have I become a feminist? Well, if being a feminist is about fighting so that a woman is treated like a man then yes, I suppose I have.”

He has then worked to increase coaching opportunities, saying, “I’ve actually become very passionate about getting more women in sport, giving women more opportunities…. It’s quite amazing how few female coaches there are across any sport.”

No one less than Billie Jean King took to Twitter to write, “You are a champion on and off the court. So sorry you cannot retire on your own terms, but remember to look to the future. Your greatest impact on the world may be yet to come. Your voice for equality will inspire future generations. Much love to you & your family.” Much love, indeed.