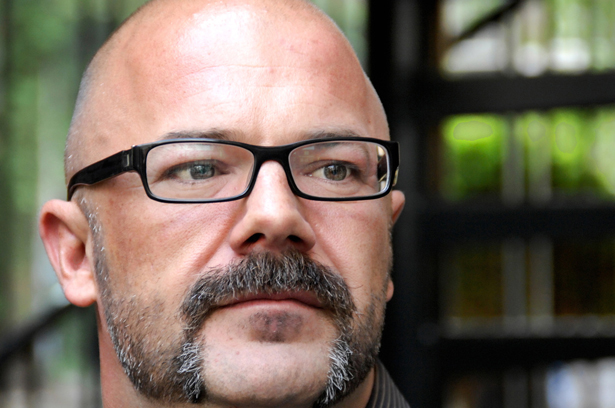 For those lucky enough not to remember the blustering, hysterical, left-baiting Andrew Sullivan of George W. Bush’s first term—before he was chastened by the disaster of the Iraq war and fell in love with Barack Obama—he returned for a bit on Tuesday. “Twitter has empowered leftist feminists to have a censorship field day,” he warned in a febrile post titled, “The SJWs Now Get to Police Speech on Twitter.” (SJW, for those fortunate enough not to be well-versed in Internet culture war lingo, stands for Social Justice Warrior.) The famous blogger may have given up his neocon delusions, rethought some of his attitudes towards abortion, even sort of come to terms with Hillary Clinton. But as he himself never tires of reminding us, he’s still a conservative, nowhere more so than when it comes to feminism.

Sullivan’s panic was occasioned by news that the small nonprofit Women, Action and the Media, or WAM!, is working with Twitter to try to make it more responsive to rampant gender-based harassment. The arrangement, contrary to Sullivan’s headline, doesn’t give WAM! power to decide what is and isn’t allowed on the service; it simply gives the group a direct line to Twitter to report verified cases of abuse and monitor their outcomes. “WAM! will escalate validated reports to Twitter and track Twitter’s responses to different kinds of gendered harassment,” says the group’s announcement. “At the end of the pilot test period, WAM! will analyze the data collected and use it to work with Twitter to better understand how gendered harassment intersects with other types of harassment, how those attacks function on their platform, and to improve Twitter’s responses to it.”

This has Sullivan bizarrely upset. He seems to believe that online harassment is not serious; in response to arguments that women, and particularly minority women, are being driven off Twitter, he writes, “How exactly? Does Twitter prevent women of color from using the service? Or is it simply that WAM believes that women cannot possibly handle the rough-and-tumble of uninhibited online speech?”

In a follow-up post, he speculates without evidence that the WAM! campaign resulted in the suspension of a number of anti-feminists who haven’t harassed anyone. “I actively support suspending abusive, stalking tweeters or those threatening violence,” he writes. “I just worry that some are using this to advance a left-feminist ideology through censorship of journalists.” This is the sort of paranoia that animated Gamergate—the idea that joyless Social Justice Warriors are out to corrupt the gaming media and turn games themselves into tools of ideological indoctrination—applied to an even bigger milieu.

God knows, I’m no fan of what some call social-justice Twitter, a designation I dislike because it’s an insult to social justice. Nor do I sympathize with pro-censorship tendencies on the left. But what we’re talking about here is largely an attempt to get Twitter, a private company, to enforce its own policies towards harassment so that it can no longer be used as a tool of gender-based terror. Obviously, to answer Sullivan’s facetious question, Twitter doesn’t prevent women from using the service. But its refusal to take its own rules against abuse seriously means that many women can’t be on Twitter without submitting themselves to a steady stream of rape and death threats, as well as even more frequent pornographic and racist slurs.

Before he wrote his dismissive post, Sullivan really should have acquainted himself with the many, many stories women have told about what online abuse looks like. “For the past two years, I have been harassed by someone calling himself Assholster an anonymous Twitter asshole who, on most days, creates up to ten different Twitter accounts just so he can hurl racist slurs at me,” Imani Gandy wrote earlier this year in “#TwitterFail: Twitter’s Refusal to Handle Online Stalkers, Abusers, and Haters.” Using multiple accounts, she wrote, Assholster tweets at her “friends, online acquaintances and even my work. He latches on to any tweet of mine and harasses anyone that I interact with.”

Twitter’s own rules prohibit this sort of behavior, which it describes as “targeted abuse.” But again and again, people who have been singled out by sadists on Twitter have found that the company is unresponsive. In 2013, after the British activist Caroline Criado-Perez launched her successful campaign to get women on British banknotes, she started receiving as many as fifty sexually abusive tweets an hour. Twitter’s response was so anemic that UK politicians got involved; Shadow Home Secretary Yvette Cooper wrote the company a letter saying, “Despite the scale and seriousness of these threats, the official response from Twitter continues to be extremely weak—simply directing Caroline away from Twitter towards the police, and, belatedly, directing users to abuse-reporting forms on Twitter.”

Twitter tends to be much more attentive to abuse victims when they have some sort of power. In August, after Robin Williams’s suicide, his daughter Zelda was bombarded with sick tweets blaming her for it or showing her father with Photoshopped bruises around his neck. It made headlines, and the service acted quickly, suspending a number of accounts and promising to improve its harassment policies.

Today, the Verge published a piece about how Twitter has been quashing anti-Semitic abuse lodged at British MP Luciana Berger, using what “seems to be an entirely new anti-abuse filter,” in the words of writer Sarah Jeong. In the past, the bile directed at Berger has made headlines; a Nazi sympathizer named Garron Helm was recently jailed for four weeks for a tweet he sent her. But then, the tweets stopped. “If an account attempted to @-mention her in a tweet containing certain slurs, it would receive an error message, and the tweet would not be allowed to send,” wrote Jeong. No one else appears to receive this kind of protection. “The selective censorship doesn’t seem to reflect a change in Twitter abuse policies or how they handle abuse directed at the average user,” writes Jeong.

By setting up a direct channel to Twitter, WAM! may be able to get some ordinary women the type of consideration previously available only to high-profile victims. It’s hard to see what’s objectionable about that, but Sullivan has a problem with the underlying premise “that abusive rhetoric and language online makes the web an unsafe space for women, in a way it does not for men.”

Given Sullivan’s failure to take women’s own writing about this seriously, maybe he would listen to the libertarian Conor Friedersdorf. During a guest-blogging stint for Megan McArdle, Friedersdorf described his encounter with her inbox. “Even as someone who’d previously blogged about immigration in California’s Inland Empire, fielding insults and aggressive invective as vile as any I could imagine, I was shocked by a subset of her blog’s correspondence,” he wrote. “To this day, I don’t know if I was experiencing a typical or atypical week. Perhaps in the abstract, there isn’t any threat more extreme than the death threats I’d received and brushed off as unserious. But I read emails and comments addressed at McArdle that expanded my notion of how disturbing online vitriol could be. And it took my actually reading them for my perspective to change.”

No doubt, as a gay man with a lot of enemies, Sullivan also receives many sexually inflected attacks. Maybe that’s why he thinks it’s enough to tell those on the receiving end of such abuse to just toughen up. “We are all capable of having thick skins and that isn’t restricted to one gender or another,” he writes. But if he thinks that women aren’t being driven offline, aren’t censoring themselves to avoid abuse and aren’t having their careers damaged, he’s simply wrong. Perhaps he would argue that the loss of some voices, the voices of those who can’t withstand daily torrents of threats and slurs, is a worthwhile price to pay for an absolutely unfettered Twittersphere. If so, he should make that case, rather than fantasizing that feminists are more often the silencers than the silenced.