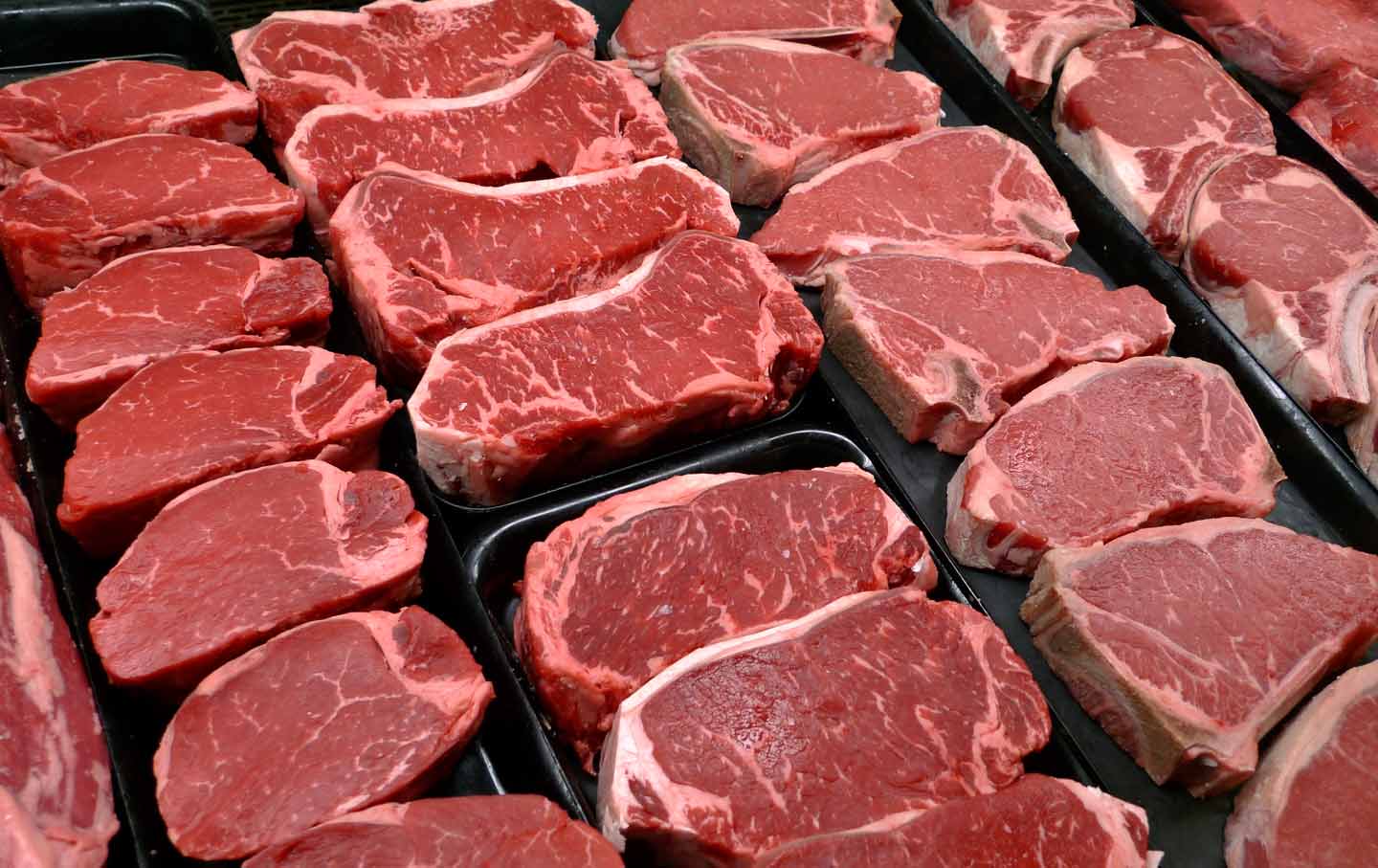 At one of America’s biggest packinghouses, livestock isn’t the only kind of meat getting butchered. Fingertips and thumbs are part of a strange new inventory at Tyson Foods.

The company, with more than 400 facilities nationwide employing more than 110,000 workers, brands itself as “feeding you like family,” but the meat industry’s raw brutality is coming to light with new injury data trickling off the assembly line. Professor Celeste Monforton of George Washington University’s Milken Institute School of Public Health posted on the Pump Handle blog about new data gathered through a Freedom of Information Act request on injury reports Tyson made to the federal Occupational Safety and Health Administration (OSHA) during the first nine months of 2015.

Monforton summarized, “Tyson made 34 reports to OSHA of amputations or hospitalizations…. Seventeen of the 34 incidents were amputations—an average of more than 1 per month.”

One incident involved a worker having “both hands amputated” while cleaning a mixer.

The injury reports are vague, lacking description of the circumstances leading up to the event or how the issue was addressed. But some patterns emerge: Most amputation injuries were reportedly suffered by beef-processing workers. The amputations generally involve bits of fingers severed when manipulating machinery (though one incident involved a worker having “both hands amputated” while cleaning a mixer). In many cases the meat-cutting procedures got botched somehow: At a plant in Lexington, Nebraska, on consecutive days in April workers sawed off fingertips while handling dangling cuts of meat. Also in April, at an Emporia, Kansas, facility, a worker “was working on the flat steak line running meats over the skinner when his left thumb was cut on the blade…amputating the outside edge and end of the right thumb.” At an Omaha facility, when a chicken marinade pump got clogged, a worker “removed the hose that was secured with a clamp and stuck their finger into the pump,” and got a fingertip lobbed off by the pump’s impeller. Other workplace traumas included falls and getting struck when handling equipment.

At a plant in Amarillo, Texas, workers were reportedly “exposed to caught-between hazards when operating fork lifts due to lack of training.” A worker in Carthage, Texas, was “hospitalized from a stab wound by another employee.”

We don’t know whose fingers were lost, whether they were able to recover, whether they lost wages, or their jobs, or worse. We only know that over nine months dozens of terrible injuries were suffered under a single company’s watch, and the public would never know were it not for a professor’s inquiry.

The pattern, Monforton tells The Nation, seems troubling in the context of a top brand like Tyson, which “promotes itself on being…very solidly run.… I was actually surprised to see that number of amputations. I tend to think you would have amputations at lesser-known companies” with less industry clout.

Monforton notes that the current case-by-case OSHA reporting requirements are limited, lacking background information on the workforce needed to track injury rates over time. Without a clear baseline of data for comparison, she remarks, “It makes you wonder, wow, how many [injuries] did they used to have? And what’s still inferior in their programs so that they’re continuing to have these?”

OSHA issued revised record-keeping rules in 2014, “requiring employers to notify OSHA when an employee is killed on the job or suffers a work-related hospitalization, amputation or loss of an eye.” As a step toward expanding transparency on workplace safety, the reforms emerged following alarming data showing more than 4,000 fatal occupational injuries in 2013. Livestock slaughter and processing have especially high injury rates (roughly 20,000 nonfatal injuries in 2014).

Alongside the new OSHA regulations, Tyson announced a voluntary safety-reform pilot project at nine plants last October. Though that effort is still being implemented, in a statement to The Nation, Tyson said it had initiated “programs to enhance workplace safety communication, awareness and education” and was “constantly reviewing equipment design and our processes to reduce risks throughout our company.”

According to NAWJC Executive Director Magali Licolli, some of the worst injuries on the job are not as dramatic as amputation, but rather, more quotidian traumas, like lacerations or chemical irritation that wears their bodies down over time:

In reality not all injuries are reported at the workplace because minor cuts or accidents that have simple treatment don’t hinder the worker to continue working, but sometimes those “minor” accidents will affect the worker in a long term.

Under OSHA’s current business-friendly regulations, Monforton says, “in order for them to require [more comprehensive data], they would have to get approval from the White House to do that. And there is such disdain for not only OSHA regulations but for collecting any kind of data, which politicians view as ‘paperwork,’ and don’t see value in that paperwork.”

Yet injury records are a crucial window into the precarious lives of the workers who feed us, revealing how the struggle for a decent paycheck folds into physical vulnerability at work. As their safety is written off as mere “paperwork,” their bodies feed into the merciless churn of the assembly line, to be expended, consumed, and quickly forgotten.