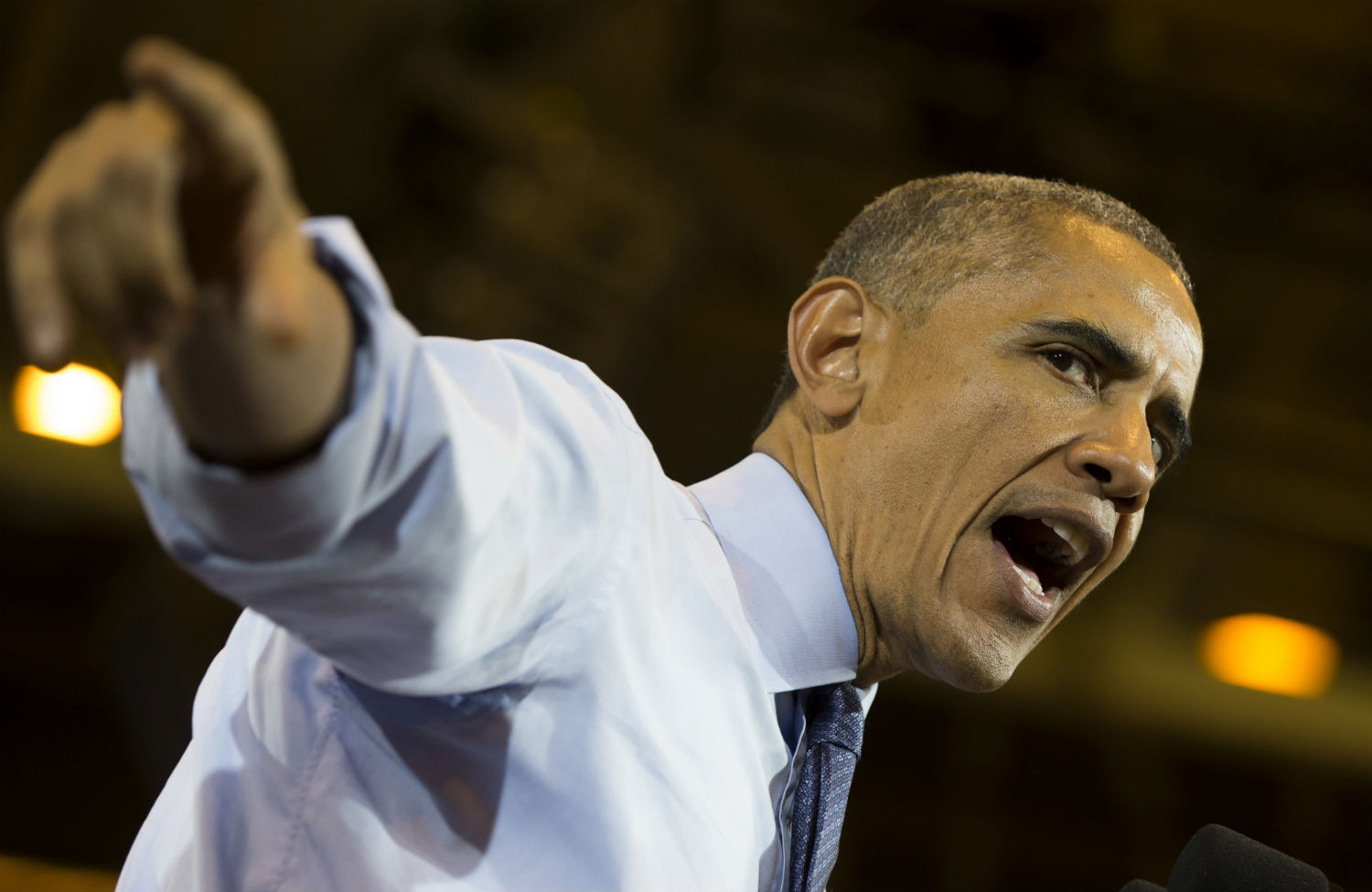 After the most expensive and negative midterm elections in American history, Republicans have gained control of the Senate. That’s going to make it possible for a GOP-dominated Congress to follow Mitch McConnell’s lead by advancing the agenda of the right-wing billionaires and corporate interests that pay for elections while neglecting the issues that matter to the great majority of Americans.

So what will they be doing? McConnell told the Koch brothers and their allies that Republicans will seek to undermine President Obama’s ability to implement programs by writing spending bills that “go after them on healthcare, on financial services, on the Environmental Protection Agency, across the board.” But Obama is not without options. He has a bully pulpit, the authority to issue executive orders and a veto pen—and he must use them all.

Obama also has history on his side. Plenty of presidents have suffered severe setbacks in the middle of second terms, including Ronald Reagan, Dwight Eisenhower and Franklin Roosevelt. Those presidents got Supreme Court and federal court nominees confirmed, they enacted budgets, they prepared the country for great challenges and they prepared their parties for comebacks—often in the very next presidential election. In his response to this year’s setback, Obama should borrow from those of his most successful predecessors: don’t give McConnell an inch. Keep campaigning, get the people on your side and write the narrative of the next two years. The risk is that, seeking to “get things done” and appease his Wall Street backers, Obama will work out compromises with Republicans that alienate his base among struggling families, students, immigrants, women and communities of color. This is the “rising electorate” that sent him into office in 2008 and 2012, and any “grand bargains” he strikes that undermine the precarious economic security of these groups will carry a significant political cost for him and for the Democratic Party: just imagine the damage if the lackluster turnout among these groups that spelled defeat for so many Democrats this cycle is repeated in 2016.

Progressives have responsibilities as well. They should not just keep the pressure on Obama; they should increase it. Climate-change campaigners must work harder to stop approval of the Keystone XL pipeline. Unions, farm groups, and environmental and human rights activists must bluntly tell Obama that he cannot advance corporate-friendly trade agreements like the Trans-Pacific Partnership and still expect to maintain the coalitions he’ll need to get through the next two years. And everyone has to tell the president that he must end his flirtation with proposals to undermine Social Security, Medicare and Medicaid. The voters have been exceptionally clear about their opposition to cuts in those programs. Progressives should amplify that message, emphasizing that a firm stance not only to defend but to expand the social safety net is smart policy—and the best way to renew Democratic electoral prospects.

For progressives, however, fighting bad proposals and bad compromises is not enough. We need new thinking and new approaches.

Focus on reform. The flood of money that funded the GOP campaigns directly and aided them through independent dark-money expenditures is going to keep on flowing until fundamental reforms are passed. On November 4, voters in Wisconsin endorsed calls for a constitutional amendment to reverse the damage done by the Supreme Court’s decisions to let corporate and billionaire money define our elections—adding to the list of roughly 600 communities and sixteen states that have already made the call. This movement must be stepped up, as should the work for public financing of our elections and a constitutional amendment guaranteeing that all Americans have a right to vote and to have that vote counted. The fight to defend voting rights must be accelerated, including the struggle to end gerrymandering. And we have to open up the political process to alternative parties and independents, using tools like the new proposal in Maine to enact statewide ranked-choice voting.

Focus on the states. Even in states where Republicans won at the top of the ticket, voters backed referendums to increase the minimum wage and guarantee paid sick leave. Voters also rejected measures in Colorado and North Dakota that would have given rights to fertilized eggs; approved an initiative in Washington State mandating universal background checks for gun purchases and transfers; and approved marijuana legalization in the District of Columbia, Oregon and Alaska. The lesson is clear: politics isn’t just about what happens in Washington. Change that improves people’s lives can be made at the state and local levels. We must use referendums, petitions and people power to drive debates about accepting federal Medicaid funding, raising wages and repairing broken political processes.

Change partisan politics. Money helped the Republicans enormously in 2014, as did gerrymandering. But the Democrats had a great deal of money as well and some significant advantages. What they lacked was a coherent economic message. Too much time was wasted talking about whether candidates had voted for Obama or liked Obamacare. Too little time was spent talking about how to address income inequality, create family-supporting jobs, and crack down on corporate and banking abuses. Democrats need to start listening more to people like Senators Elizabeth Warren and Bernie Sanders, as well as Congressional Progressive Caucus leaders like Minnesota’s Keith Ellison and Wisconsin’s Mark Pocan. Democrats can’t just get progressive and populist in the last weeks before an election; they must recognize, as Warren reminds us, that progressive values are winning values.