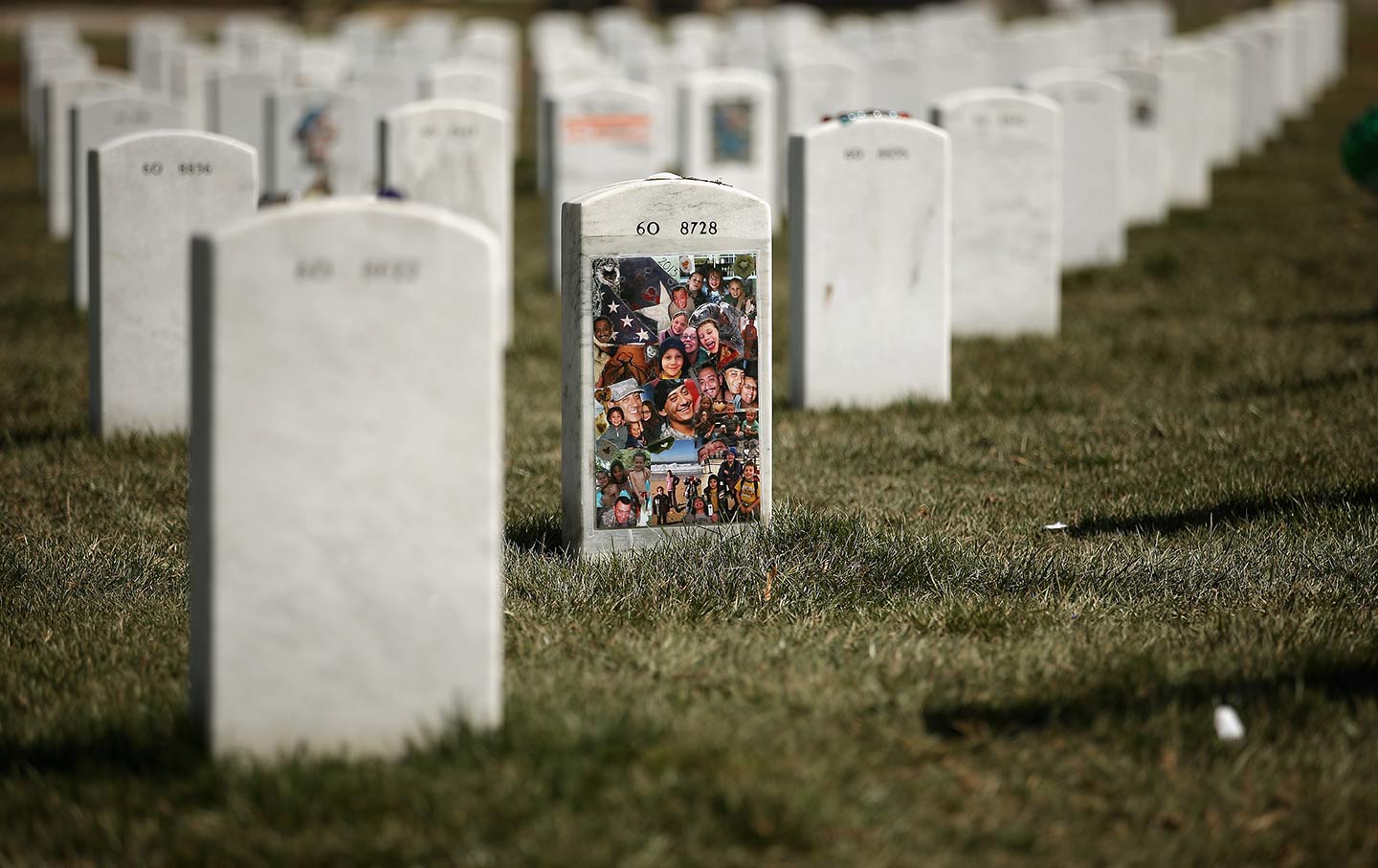 Arlington National Cemetary’s Section 60 is where most of the casualties from the Iraq and Afghanistan wars are buried. (Getty Images / Chip Somodevilla)

In 1971, The New York Times published the Pentagon Papers, leaked documents of a massive internal review by the US military of the history of American intervention in Vietnam. The Pentagon Papers were an epochal event, demonstrating that top policy-makers, both civilians and military leaders, consistently lied about the war for decades by grossly overstating the likelihood of success and downplaying evidence that it wasn’t going well. Publication of the leaked documents played a major role in undermining not just the support the American public gave to the war but also their faith in the honesty of their government.

On Monday, The Washington Post began a new series called “The Afghanistan Papers,” based on documents obtained by the newspaper of an internal military report on “lessons learned” from Afghanistan since the American invasion in 2002. The Post deliberately echoed the Pentagon Papers in the title, and the series explicitly draws parallels with the earlier scoop. This comparison might seem like hype, but the revelations in the Afghan report live up to its precursor. Like the Pentagon Papers, the Afghanistan Papers make clear that policy-makers consistently held a much more pessimistic private view of the Afghan War than they ever admitted in public. A feel-good story of progress was sold to the American people by military leaders and politicians who knew the truth was very different.

And yet, unlike the Pentagon Papers, the Afghanistan Papers are not making a splash. Released during the week the Democrats were finalizing impeachment, the series barely registered as news. Adam Wunische, a fellow at the Quincy Institute who covers Afghanistan and the Middle East, told me, “When the Afghan Papers came out on Monday, I was checking social media for ‘Afghanistan’ and ‘Afghan war.’ None of that was trending at all. It’s very easy for the public to just not pay attention. It’s not a pressing issue, especially with all the other exciting news that’s going on in politics these days.”

Wunische did a tour of Afghanistan in 2007 and 2008 in the American military. “For those of us who bore the costs of these conflicts,” he says, “it is extremely frustrating that something as substantial as the Afghan Papers barely registers as a major event.”

The Afghanistan Papers document a consistent pattern of deception, extending for nearly two decades across three administrations, that should be a major scandal. “Throughout the Afghan war, documents show that U.S. military officials have resorted to an old tactic from Vietnam—manipulating public opinion,” The Washington Post reports. “In news conferences and other public appearances, those in charge of the war have followed the same talking points for 18 years. No matter how the war is going—and especially when it is going badly—they emphasize how they are making progress.”

In closed-door interviews conducted by the military, policy-makers could be startlingly negative about the war effort. Douglas Lute, a general who oversaw the mission under both George W. Bush and Barack Obama, said in 2015, “We were devoid of a fundamental understanding of Afghanistan—we didn’t know what we were doing.” He also told interviewers, “If the American people knew the magnitude of this dysfunction…2,400 lives lost.” According to the newspaper, Lutes blamed “the deaths of U.S. military personnel on bureaucratic breakdowns among Congress, the Pentagon and the State Department.”

In granular detail, the report confirms the most dire existing accounts of the war: the lack of cultural awareness of the American military, the failure to have any clear sense of mission, the corruption Americans brought to the country by flooding it with aid money, and the contempt Americans have for many of their allies. One military trainer claimed that a third of Afghan police he worked with were “drug addicts or Taliban.” A USAID official said, “Thinking we could build the military that fast and that well was insane.”

Adam Wunische argues that “the parallels between Afghanistan and Vietnam are becoming uncomfortably similar.” Those parallels extend to casualties. Officially, the Pentagon acknowledges 2,372 military deaths of American personnel. But as Wunische observes, this number understates the reality by counting only uniformed military deaths. “They don’t count actual casualties, which is injured plus dead,” he says. “If you do that, it’s close to 25,000. That’s another 20,000 US casualties. Another difference is that a huge amount of tasks that usually went to uniformed personnel are now being given to contractors who do not count if they die. If you add that, the actual dead in Afghanistan is 5,000. There are a lot of mechanisms that exist…to conceal those costs.”

The American public is insulated from the Afghan War in ways it wasn’t from the Vietnam War. Unlike Vietnam, there is no draft. The all-volunteer army means the soldiers who fight are a distinct social caste that exists apart from American society in way that wasn’t true in the age of conscription. Nor is the war being paid for by tax hikes or war bonds. Debt financing means the ultimate financial cost of war will not come due for many years.

The difference between the military and civilians can be overstated. Polls show that both veterans and the public are aligned in opposing the Afghan War. According to a recent Pew poll, 55 percent of veterans and 58 percent of adults think the Afghan War isn’t worth it. The difference might be in intensity of attitude. For military personnel, the war is still real. They could still be sent to fight. And for many veterans, the war lives on as a trauma.

But for the public at large, despite all the disturbing details found in reports like the Afghanistan Papers, the war is largely an abstraction. As Wunische notes, “Americans do not support the war, but it’s very easy for them to just not care.”