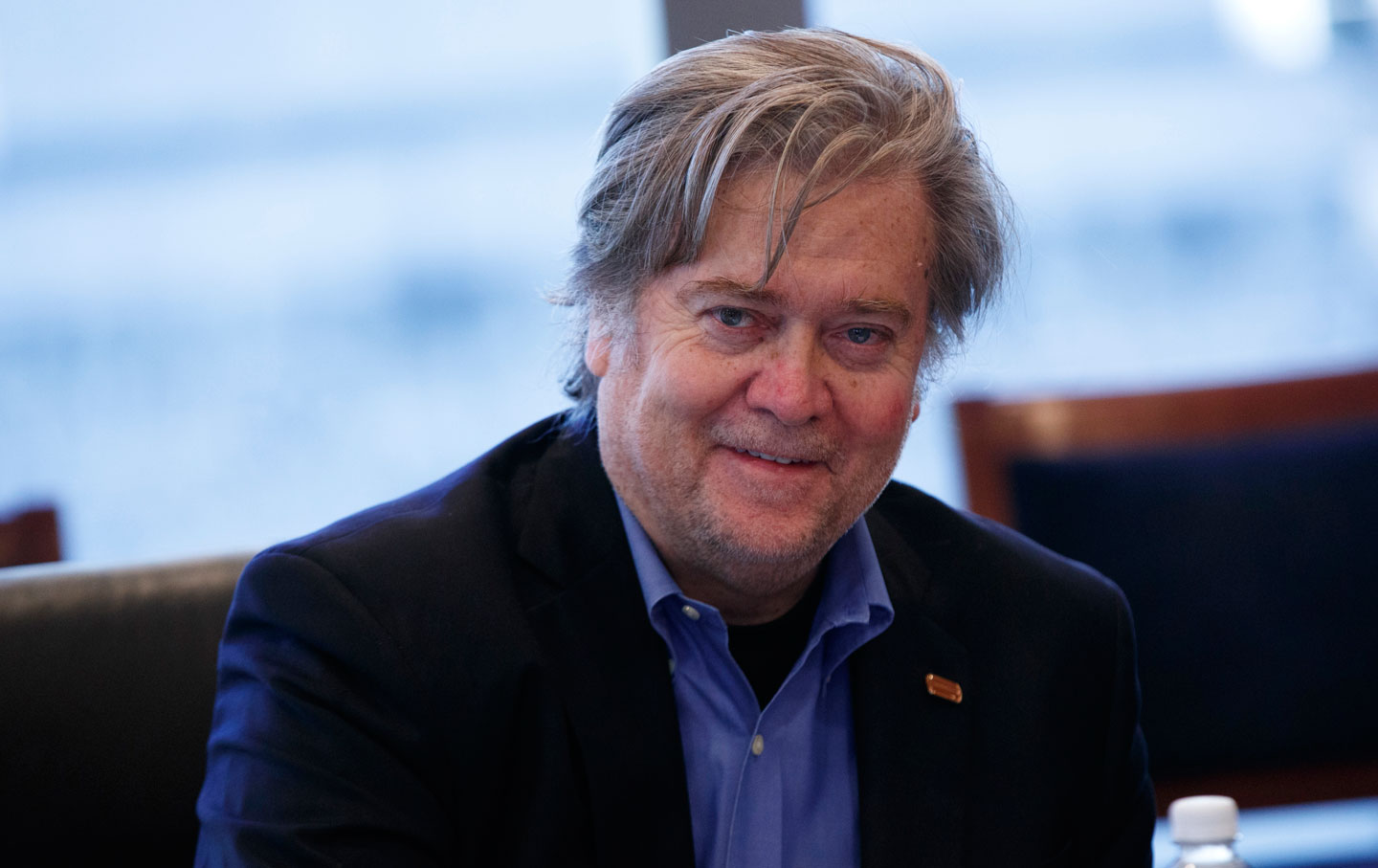 Every White House has a political Svengali in a position of power. They get different titles. Franklin Delano Roosevelt’s guy, James Farley, served simultaneously as chair of the Democratic National Committee and postmaster general of the United States. Ronald Reagan’s political guys, Lyn Nofziger and Ed Rollins, accumulated various “assistant to the president for political affairs” and “assistant to the president for political and intergovernmental affairs” titles, while George W. Bush gave it all to Karl Rove, who served as the “senior adviser to the president and deputy chief of staff overseeing the offices of strategic initiatives, political affairs, public liaison, and intergovernmental affairs” and coordinated White House policy-making.1

Historically, the appointment of the incoming president’s chief political strategist to a West Wing sinecure does not get that much attention—except for questions about why the American taxpayers fund an inside-the-White-House political operation. But Bannon is getting attention—negative attention—and rightly so. It is not common that a top White House appointee arrives with messages of approval from David Duke, the former imperial wizard of the Ku Klux Klan.3

Southern Poverty Law Center president Richard Cohen got it right when he declared that “Stephen Bannon, a man who led a media empire into becoming what a former Breitbart editor called a ‘a cesspool for white supremacist mememakers,’ simply has no business in the White House.”4

Cohen was not alone. The swift response of watchdog groups, religious activists, and progressives to the Bannon announcement offered a powerful and needed indication that, though they may have been shocked by last week’s election results, the opponents of Trump and Trumpism are up for this fight.5

“President-elect Trump’s selection of Stephen Bannon, a professional purveyor of white nationalist and anti-Semitic rhetoric, as his top adviser is as horrifying as it is unsurprising,” declared Bend the Arc Jewish Action CEO Stosh Cotler. “Those of us who were alarmed by Trump’s campaign when it began over a year ago are starting to see the things we feared come to pass, and this is one of them—the elevation of an avowed bigot to a position of incredible official power. On Election Day, a majority of voters rejected the hatred central to the Trump campaign. We know many of them would join us in condemning this attempt by the President-elect to normalize and legitimize white supremacy, and we call on leaders across the political spectrum to denounce it as well.”6

People for the American Way president Michael Keegan argued that, “[b]y choosing Steve Bannon as chief strategist, Trump has made clear that he intends to carry the racism and anti-Semitism of his campaign straight into the White House. The website Bannon ran is a home for the White Nationalist Right that elevates racist, xenophobic, anti-Semitic tirades and conspiracy theories.”7

Keegan says, “Congressional Republicans need to stand up and call out Trump for choosing Bannon as a senior adviser and ‘equal partner’ to Trump’s Chief of Staff. This isn’t about partisan politics; no one with Bannon’s record should be anywhere near the White House.”8

House Speaker Paul Ryan, R-Wisconsin, was predictably useless, as were other key Republicans. When Bannon’s name was floated for a top White House post, Ryan told CNN’s State of the Union, “I’ve never met the guy. I don’t know Steve Bannon, so I have no concerns. I trust Donald’s judgment.”10

“I have no concerns. I trust Donald’s judgment.” —House Speaker Paul Ryan

But Democrats were stepping up. Senate minority leader Harry Reid’s office announced that the Bannon appointment “signals that White Supremacists will be represented at the highest levels in Trump’s White House.” Reid promised to raise the issue on the floor of the Senate.11

Senator Jeff Merkley, D-Oregon, was not holding back—and he was not pulling punches.12

“There should be no sugarcoating the truth here: Donald Trump just invited a white nationalist into the highest reaches of the government. Bannon has boasted that he made Breitbart News ‘the platform for the alt-right,’ which is the politically correct term for the resurrection of white nationalism,” declared Merkley. “Under Bannon’s leadership, Breitbart News created news sections such as ‘Black Crime’ and compared the work of Planned Parenthood to the Holocaust. Under his leadership, Breitbart News ran this headline following the massacre of nine church-goers at an African American church in Charleston: ‘Hoist it high and proud: The Confederate flag proclaims a glorious heritage.’ He called conservative commentator Bill Kristol a ‘renegade Jew.’ Steve Bannon bears substantial responsibility for the open and disgusting acts of hatred that are sweeping across our nation.13

“After running a campaign built on inciting divisions and hate, Donald Trump has claimed he wants to unite America. Yet he has done nothing meaningful to stop the wave of hate crimes and hate speech he has unleashed, and now has brought that strategy right into the Oval Office,” said the senator. “Donald Trump needs to forcefully denounce the hateful actions and efforts to intimidate people that some of his supporters are undertaking and rescind the appointment of Steve Bannon.”15