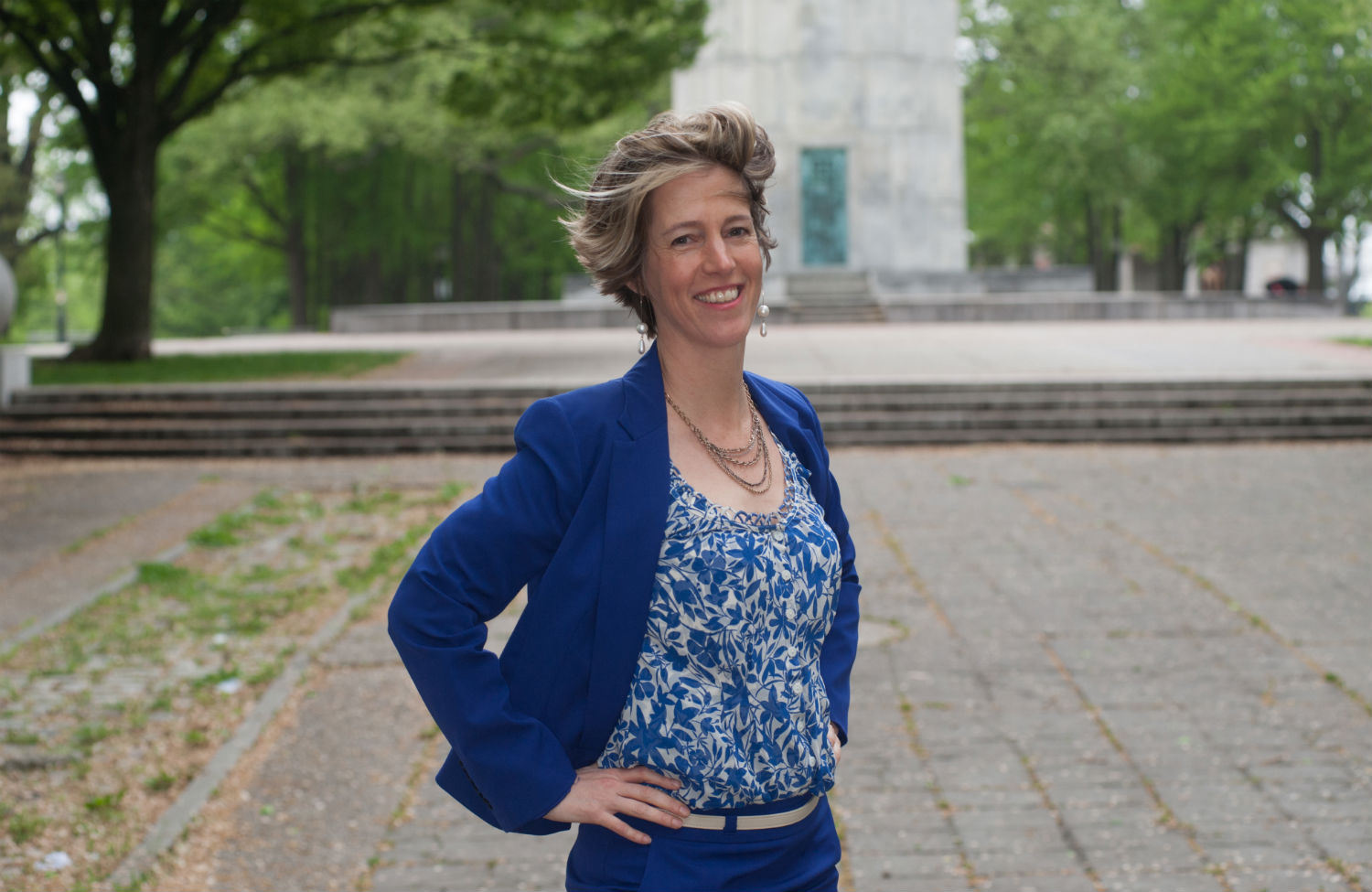 Zephyr Teachout, with her roots in the insurgent Howard Dean presidential campaign, ties to the Occupy movement and history of spirited activism of democracy issues, reflects the inside-outside sensibility of many progressives who have maintained a frustrated relationship with the Democratic Party.

She’s worked inside the party, developing groundbreaking online strategies for Dean’s 2004 campaign, yet she has been outspoken in her criticism of Democrats who fail to uphold progressive values. Just two weeks ago, after Federal Communications Commission chair Tom Wheeler advanced a proposal that would undermine net neutrality, Teachout wrote a Politico piece headlined “Obama Should Fire His FCC Chair.”

And Teachout has been at odds with New York Governor Andrew Cuomo, pressuring the business-friendly Democrat to use his political muscle to reform campaign finance laws and reduce the influence of corporate cash on elections and government. Cuomo has disappointed plenty of progressives in New York, not just on the campaign finance issue but on everything from fracking to education policy. And now there is a prospect that Teachout will offer them an alternative on the ballot line of the state’s Working Families Party.

“It feels like Cuomo is part of this broken system, and he is not going to fix it,” she says. “Voters in New York want a real choice, and right now, with just [Republican Rob] Astorino and Cuomo—they seem to just be fighting about who can give more tax breaks to the billionaires.”

The tech-savvy academic, who teaches law at Fordham University, is up with a website on which she declares, “I’m running because New Yorkers need an economy and democracy that works for everyone, not just the wealthy and well-connected.” She’s identifying herself as the “Working Families Democrat for Governor.”

The WFP has not yet committed to back a Teachout run. But the party’s leadership will debate the prospect this weekend.

A powerful force in the politics of New York City and the state, the WFP backed Cuomo in 2010—giving its nomination to the Democratic candidate, as is allowed under New York’s fusion rules for combining the votes of candidates on various ballot lines. But this year, party activists have wrestled with the question of continuing to support a governor who often veers to the center on economic and environmental issues.

For weeks now, there has been talk of running an alternative to Cuomo, with names such as Diane Ravitch, a former US assistant secretary of education who has emerged as an outspoken champion of public education, surfacing as prospects. (Ravitch isn’t running, but she remains critical of Cuomo.)

A number of key labor leaders and top elected officials with close ties to the WFP, including New York City Mayor Bill de Blasio, have backed Cuomo, but have reportedly urged him to make concessions to the WFP in hopes of obtaining its ballot line this year. The governor has signaled a willingness to move on some issues, but the frustration runs deep on the WFP state committee, which will meet Saturday to consider how to approach the governor’s race.

But the party must have a nominee. Under New York law, the party must have a candidate for governor topping its ticket in 2014, and that candidate must attract 50,000 votes in order to maintain ballot status. With Cuomo as the nominee, the votes would be assured, as liberals who want to send a signal to the governor to move left could vote for him on the WFP line. But would it work with a lesser-known candidate such as Teachout?

When Siena College polled New Yorkers early in April, Cuomo was at 58 percent, while his Republican challenger, Westchester County Executive Rob Astorino, was at 28 percent.

When the Siena poll asked what voters would do if an unnamed WFP challenger running to the left of Cuomo were to enter the race, however, the governor dropped to 39 percent, Astorino dropped to 24 percent and 24 percent for the hypothetical contender.

Similar numbers have turned up in other public and private polls.

So, does that mean that Teachout, if nominated, would start with a quarter of the vote?

Not necessarily. Hypothetical prospects in polls often get bigger numbers than named contenders. And Cuomo is working to shore up his left flank. At last week’s Democratic convention, Cuomo was endorsed by Mayor de Blasio and a host of progressives in a video that featured New York City Council Speaker Melissa Mark-Viverito, Congressman Hakeem Jeffries, musician and activist Harry Belafonte and labor leaders from unions with a strong presence in New York City (and its politics), such as the Local 1199’s George Gresham and key figures with other Service Employees and Communication Workers of America locals.

Just as President Harry Truman did in 1948, when he was challenged from the left by former Vice President Henry Wallace, Cuomo has space to move left and to work with key unions to attract votes from folks who have been dissatisfied with him. Already, he’s sounding progressive themes, telling the Democrats who renominated him last week that he wants to address the “social tragedy that a majority of children from wealthy families attend college, but only 10 percent of children of poor families attend college.”

Additionally, if poll numbers showed Astorino becoming competitive, the fear of a Republican win could cause many Democrats to “come home” to a governor who does not always meet their approval.

But is there also space for Teachout?

New York’s third parties are fluid projects. They can run strong, go weak and run strong again. They have lived and died, gained ballot lines and lost them. They have provided margins of victory in presidential races. They have won major elections in New York City and statewide. Former New York Mayor John Lindsay was re-elected in 1969 on the old Liberal Party line. James Buckley was elected US Senator in 1970 on the Conservative Party line. Before becoming New York City’s Public Advocate, Tish James started her political rise by winning a city council seat on the Working Families Party line.

Teachout does not start with the advantages of a Lindsay or a Buckley. But the rise of progressive activism on election reform, income inequality and environmental issues gives her room to run. And the greatest accomplishments of New York’s third parties, on the left and the right, have not always been electoral wins; often, they have used their ballot lines to pull the politics of the state toward new ideas and new approaches.

In that sense, Teachout is a particularly intriguing prospect.

She’s always been ideas-driven. And she knows how to communicate—in person and on the digital platforms that are increasingly definitional in our politics.

If the WFP nominates her, it’s a safe bet that she’d get the 50,000 votes needed to keep the ballot line. And she could get a lot more with what she promises would be a populist “people-powered campaign” that is “dedicated to breaking up the power of Wall Street banks” and “committed to making our politics more responsive to the needs and values of working and middle-class families.”