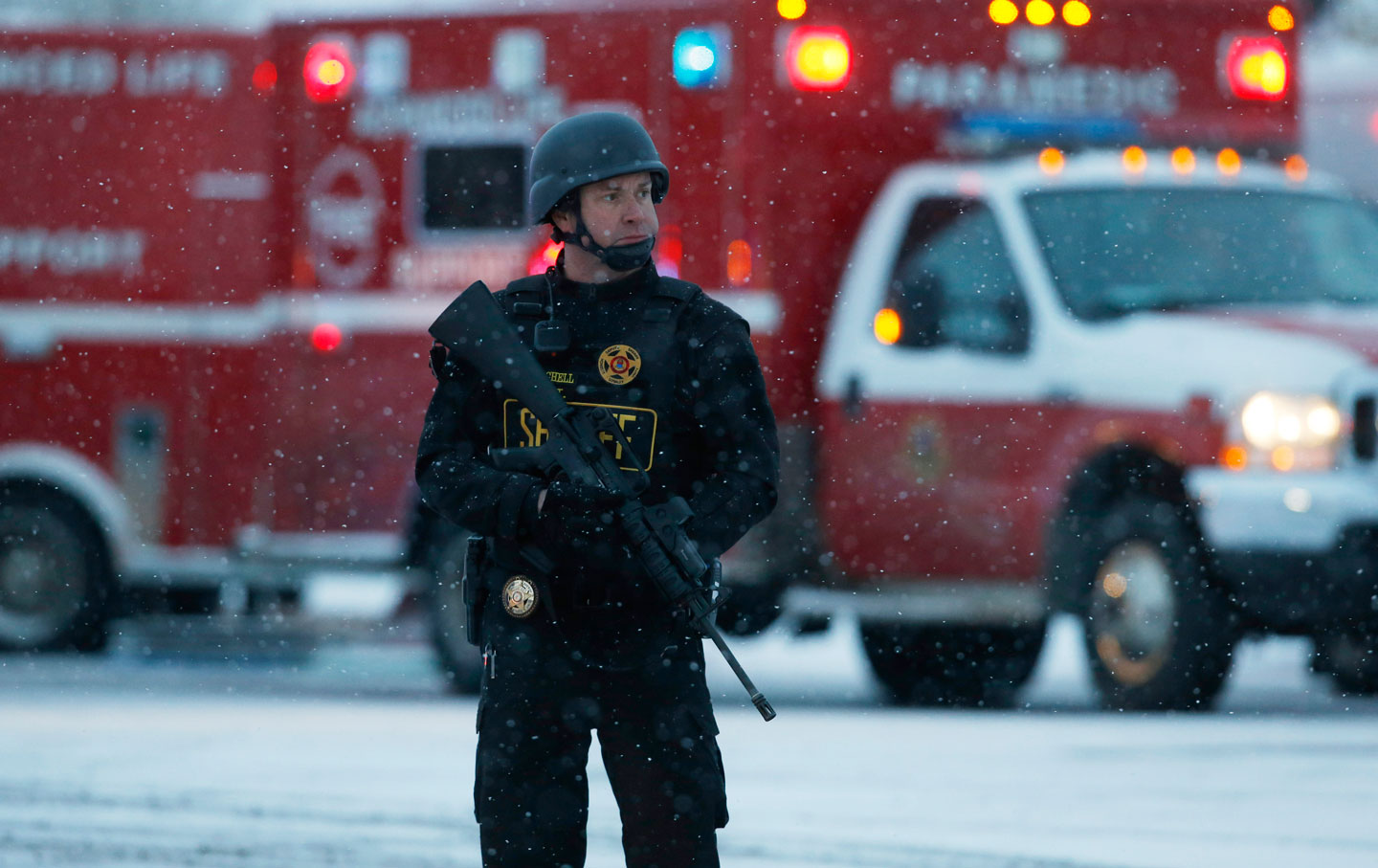 A shattered window, a makeshift bomb, and then a fire in California. A car set ablaze in New Orleans. A fire in Washington state. A hatchet attack in New Hampshire.

Just hours before a gunman staged an hours-long siege at a Planned Parenthood clinic in Colorado Springs, over 140 public health and pro-choice groups sent a letter asking the Obama administration to investigate a surge in attacks and threats to abortion providers, arguing that the incidents were “not just acts of hatred and violence but acts of domestic terrorism.” The letter linked the violence to the series of heavily edited undercover videos regarding Planned Parenthood’s tissue-donation program that an anti-abortion group began releasing in July.

The escalation received scant attention, but now, with three people dead and nine wounded in Colorado, there’s a deeper resonance to calls for treating anti-abortion violence as a terror threat. “Unfortunately, we could have predicted this attack,” said NARAL Pro-Choice America president Ilyse Hogue, who joined other advocates on a call with reporters on Wednesday to explain why they’ve asked the Department of Justice to handle clinic violence as acts of terrorism. The attacks have been “politically motivated, narrow in target, but intended to scare a wide audience,” Hogue said. “Even though there is one man who pulled the trigger [in Colorado Springs], there is a network of actors that created the culture of hate and violence that led to it.”

“Unfortunately, we could have predicted this attack"— NARAL Pro-Choice America president Ilyse Hogue

The Federal Bureau of Investigation defines domestic terrorism as acts “intended to intimidate or coerce a civilian population” and “to influence policy of a government by intimidation or coercion.” The Colorado shooting, and clinic violence more generally, clearly matches that description, Hogue argued. Two-thirds of people polled recently said they thought clinic attacks were a form of terrorism. But domestic terrorism is not of itself a crime; ideologically motivated criminals like Oklahoma City bomber Timothy McVeigh are typically charged with murder, use of a weapon of mass destruction, or hate crimes. Robert Dear, the alleged Colorado Springs gunman, faces first degree murder charges. Attorney General Loretta Lynch referred to the shooting as an “unconscionable attack,” and the Justice Department is still weighing the option to press federal charges.

So does it matter whether the DOJ calls clinic violence domestic terrorism? It’s important, Hogue said, “to reframe the way we talk about these atrocities in our society, and discourage others [who think their] actions will not be met with the level of seriousness deserved.” Beyond rhetoric, there are also practical reasons why pro-choice advocates want the government to put anti-abortion violence under the terror umbrella. Last month, the DOJ announced it would appoint a “domestic terrorism council,” signaling a pivot from a focus on international groups. Advocates want to make sure that attacks by anti-abortion extremists are given the same priority status as other homegrown threats, and the accompanying law-enforcement resources.

“What we’re concerned about is how limited the resources and the scope of the investigations as they currently stand must be, because they are being investigated locally,” said Shaunna Thomas, co-founder of the gender equality group UltraViolet, which released a video ad on Wednesday pressing for the terrorism designation. “What we’re missing is the ability to investigate across these various attacks for connections. Is there a driving connection between all these attacks that are happening?” She added, “Right now, those questions are not being asked, nor are local investigators empowered to investigate it at that level.”

The Department of Justice already has a Task Force on Violence Against Health Care Providers, which was formed in 1998 after the murder of Dr. Barnett Slepian in New York. The task force’s duties include coordinating federal prosecution of crimes that violate federal arson laws, firearm statutes, and the Freedom of Access to Clinic Entrances Act, which bars violence, threats, and obstruction intended to prevent women from accessing, or doctors from providing, abortion care.

The task force falls within the DOJ’s civil-rights division, and so what groups like NARAL are asking is for the national-security division to get involved, too. Not all pro-choice groups think that would lead to more effective investigations, and expanding the government’s counter-terror apparatus raises some civil-liberties concerns. “I don’t think that we necessarily want to go to another division where they’re not familiar with our issues and cases and where we…would be competing for scarce resources with all the other kinds of domestic terrorism threats that might be prioritized,” Vicki Saporta, president of the National Abortion Federation, told Slate.

There’s little debate within the pro-choice community that attacks like the one in Colorado are meant to sow terror, regardless of what they’re called. Threats made to women’s health centers were on the rise even before the Center for Medical Progress began its video smear campaign: Between 2010 and 2014, the number of clinics impacted by intimidation doubled. Now the threats have become too numerous for providers to handle on their own, and that undoubtedly has an impact on how they operate. One provider reported to Katha Pollitt that “10 to 15 percent of our resources of time, talent and treasure are devoted to compensating for harassment and threats.” As Ultraviolet’s Thomas put it on Wednesday, women have a constitutionally protected right to abortion—except, right now, it’s not protected.