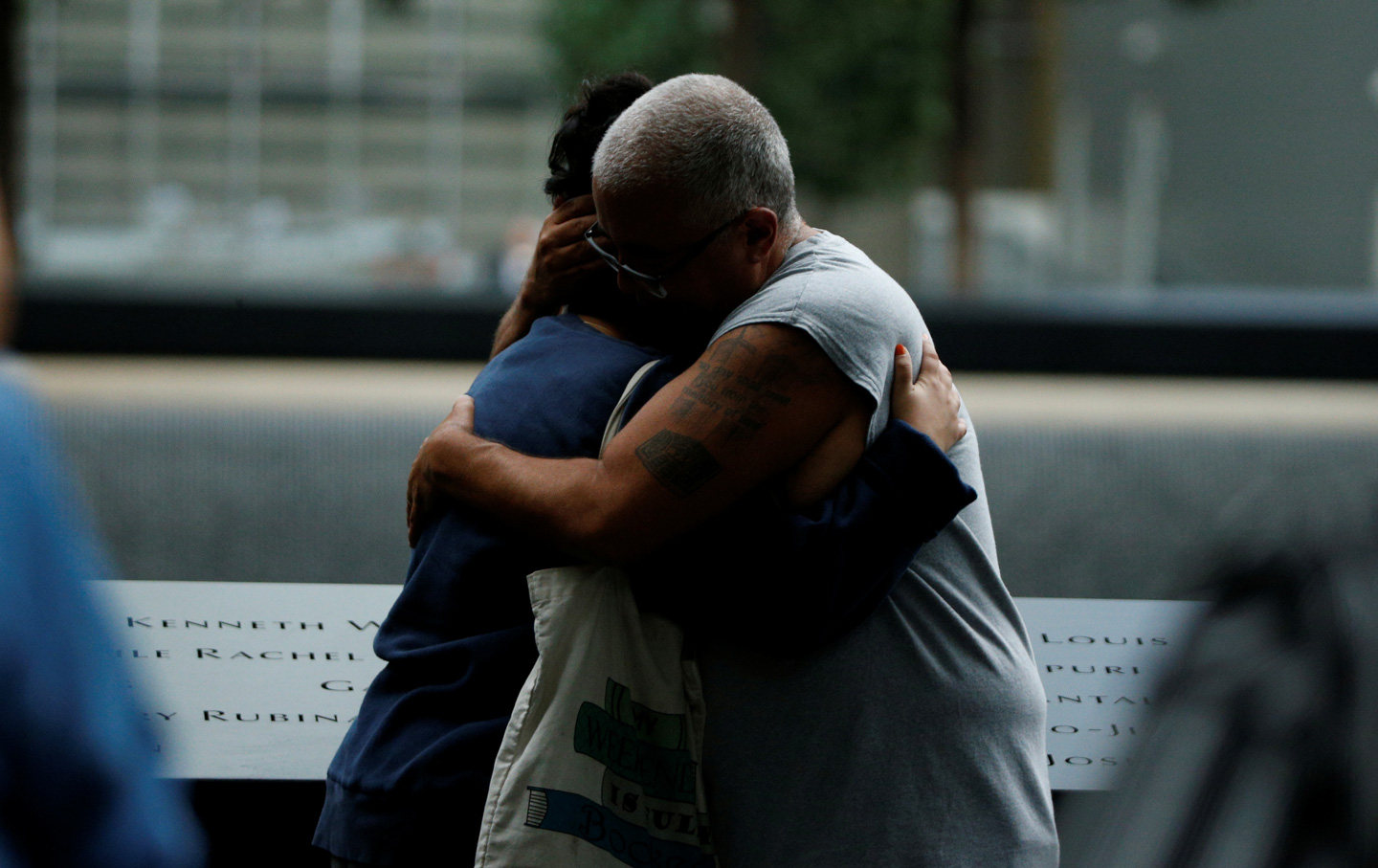 On September 14, 2001, three days after the 9/11 terrorist attacks, Americans observed a National Day of Prayer. President George W. Bush’s proclamation establishing the day cites Matthew 5:4, “Blessed are those who mourn, for they shall be comforted.” I remember the comforting effect of a nation gathering to grieve, as vigils and prayer services were held from the National Cathedral to the one I attended at my home parish in suburban Detroit. At the same time, because I was freshly graduated from college and exploring a call to ordained ministry, I was deeply curious about what faith leaders would say at such a horrible moment. I thought there would be healing words of sympathy for the victims and their families—and there were. I thought there would be reassurances of God’s presence in our times of need—and there were those too.

I also thought there would be a strong message that this was our time as people of faith to put our values to the test and to be advocates for peace—but there were not.

A few verses deeper into Matthew 5, Jesus says, “love your enemies and pray for those who persecute you.” This is one of the most difficult of spiritual teachings, and yet 17 years after the tragedy of 9/11, it is time to ask: Would we be better off today had we sought to love our enemies and not destroy them?

Loving one’s enemies is not the same as excusing their actions. The attacks on 9/11 were a terrible sin, and almost two decades later, Americans must give thanks to the smart and brave people who strive every day to keep us safe from similar tragedies.

But in spite of trillions of dollars spent and the massive mobilization of the US government, we have yet to see ultimate victory in the “war on terror”—and it should now be clear that we never will. This war on a concept, rather than a traditional adversary, was launched on the premise that the defeat of external enemies would be both retributive justice and prevention of future threats. Yet the most measurable results of this many-fronted war are some 8,000 American military casualties, the rise of ISIS and a monstrous Syrian regime, and continuing instability in Baghdad and Kabul. This has always been a war that could only yield suffering without the hope of victory, waged at the cost of, among other things, almost 200,000 civilians who could hardly be called enemies.

The unrelenting mentality of entrenched conflict against a permanent enemy has also infected American domestic life and is at least in part responsible for the bitter political and cultural divide in Western society today. Over time, the thirst for retribution that took hold after 9/11 has entrenched itself within American society to the point that we are convinced of the presence of enemies within. As a candidate, President Trump ran on a platform of curbing foreign military intervention while leading chants of “lock her up” against his opponent. Roughly half of Americans who identify as Republicans or Democrats say they are “afraid” of the opposite party. The Michigan neighborhood where I attended the vigil service after 9/11 is today blanketed in menacing signs emblazoned with a military helicopter, the campaign graphic identity for Republican senate candidate John James.

There is also an eerie global correlation between a country’s willingness to embrace violence against the “enemy” post-9/11 and the impact on its domestic life. In 2003, the Bush administration attempted to assemble a “coalition of the willing” to fight alongside the United States in Iraq. Today, most of the major trans-Atlantic powers that joined the war (the UK, Italy, Poland, Hungary, Turkey) are, like the United States, governed by an isolationist party or a coalition skeptical of immigration, globalism, and/or minorities. By contrast, the major powers that opted out (Canada, France, Germany) have governments that are struggling to maintain a world order based on multilateralism and pluralism.

If we are still suffering from an unwise response to 9/11, how do we right the ethical wrongs of the past? The answer is not simple and will require hard work—but nothing more difficult or painful than the heart-rending loss of life and human suffering that has masqueraded as a solution for the past 17 years. We have become entitled in this century to demand neat solutions to deep problems, slogans and sound bites that soothe and seduce. What will be necessary instead is what the ancient Greeks called “metanoia,” or a full conversion of the heart. The root forces driving the current crisis in our national life are moral and spiritual ones; it is only moral and spiritual remedies that will quell them. We must be converted to a real and true love of all people, beginning with those who are most difficult to love.

We must believe there is still more we have to learn from the tragedy of the 9/11 victims. Our sympathy for them must extend to the suffering of those who are not our own. We must strive to find a basic common understanding with those opposed to us—not in order to condone their actions or opinions, but to witness to the oneness of humanity. We must pray for or wish our enemies well, knowing—even if they don’t—that our fates are inexorably linked. We must be as concerned for the children of the countries we have invaded or the counties that vote against our preferred party as we are for our own. Otherwise, those same children will perpetuate our own failures and miss the precious opportunity to love one another as we have so ostentatiously done.

Seventeen years ago, I was a young man. I have lived my entire adulthood in the unrelenting climate of hatred and violence our society has chosen to perpetuate since then. Today, on this sad anniversary, I choose a different path—a path of peace, healing, and sanity. Wars will rage and rulers will come and go. But none of this can ever prevent me from loving my enemy. Nor need it prevent you.