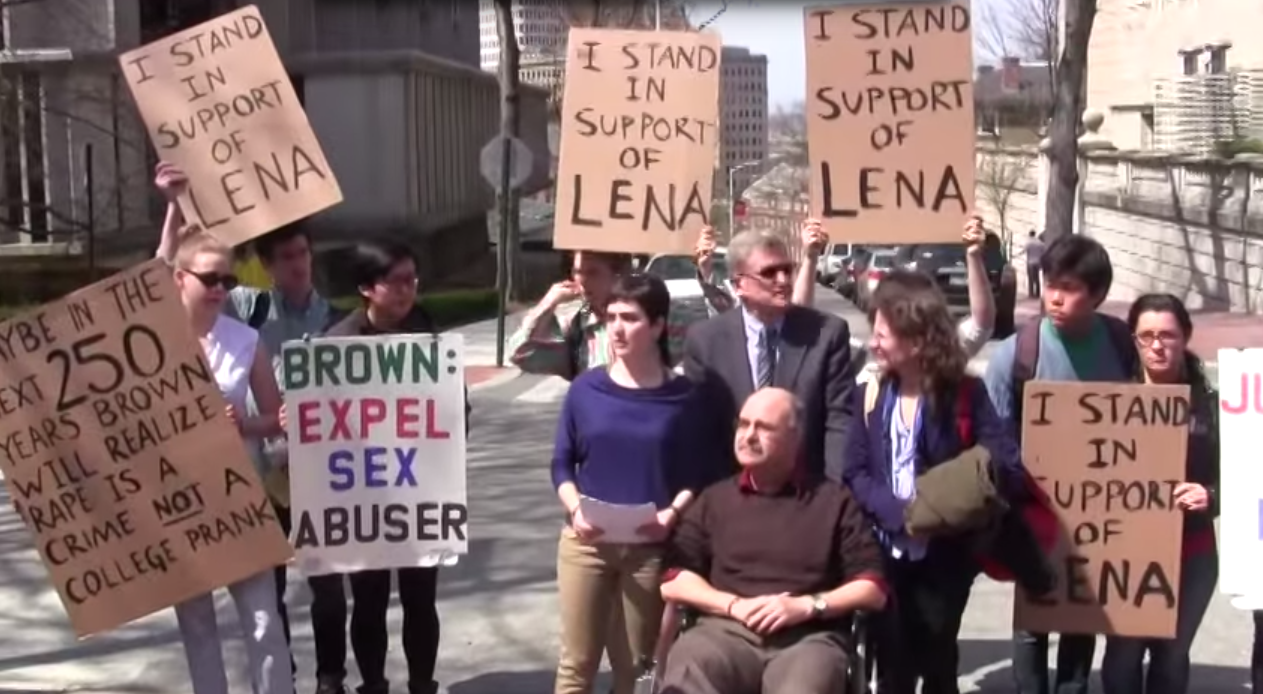 Last week, the Obama administration released a report on sexual assault on campuses and took initial steps to show that it’s serious about enforcing Title IX, the federal law that prohibits sex-based discrimination in education. The Department of Education released a list of fifty-five colleges and universities currently under investigation for possibly violating that law by mishandling complaints. These schools receive federal funds and so are required to play a role in preventing sexual assault and harassment from happening and promptly and thoroughly investigating claims when allegations are made. And since studies have found that nearly one in five undergraduate women experience attempted or completed sexual assault while in college, this issue demands attention.

The Education Department also made the bold move of announcing that Tufts University had recently fallen out of compliance after breaking an agreement to fix its violation. This willingness to name names—Tufts is the only school singled out in this way so far—marks a departure from the quieter approach the administration has typically taken, which involves a kind of settlement known as a voluntary resolution agreement. Activists say those agreements allow schools to avoid public scrutiny and keep whatever progress they’re making—or not making—under wraps. (According to the administration, showing up on the list of fifty-five isn’t proof of wrongdoing. Schools ended up there either because the Office of Civil Rights has received complaints about them or because it’s time to check whether they’re in compliance. But the newfound transparency is welcome.)

The administration’s actions come on the heels of years of activism on the part of student survivors of sexual assault who have made headlines by filing Title IX and Clery Act complaints and demanding that campus officials take them seriously. The White House Task Force to Protect Students from Sexual Assault credits that work, acknowledging that “a new generation of student activists is effectively pressing for change, asking hard questions, and coming up with innovative ways to make our campuses safer.” In an interview this week, Alexandra Brodsky, a law student who filed a complaint against Yale as an undergraduate, gestured at the toll the sustained push has taken on campus organizers: “Title IX should let students think about schoolwork rather than thinking about rape.”

If just one message reaches the skeptics and backlash peddlers who argue that “female empowerment” and “mutual responsible behavior” is what’s needed on campus and not federal intervention, I hope it’s this one. The work of these survivors—some of whom could have chosen to stay quiet, blame themselves and keep their eyes narrowly focused on the prize of their diplomas—is exactly as Brodsky describes it: research, advocacy and organizing that the Department of Education has essentially “outsourced” to them.

Students who allege abuse shouldn’t have to organize boycotts of frat houses or social media campaigns outing serial rapists, as one conservative critic has suggested. They shouldn’t have to run media campaigns to out their schools for failing to intervene. There’s a law on the books that should come to bear when allegations of wrongdoing are made, and finally the administration is waking up to its role in enforcing it. Critics who argue that the federal government is somehow overstepping its bounds by enforcing Title IX are taking victim blaming to a new level. In their view, not only is it a person’s fault for being assaulted. It’s also her fault if she can’t navigate her school’s Kafkaesque bureaucracy to make sure her assailant is brought to justice.

Many universities’ complaint processes have long put the onus on the individual to advocate on her own behalf against great odds, Wagatwe Wanjuki, an organizer with ED Act Now, told me. “Schools were taking advantage of how isolating the experience can be for survivors,” she said.

Wanjuki filed a Title IX complaint against Tufts in 2008 for failing to respond adequately to her reports that an intimate partner had sexually and physically abused her. Dissatisfied with the school’s response, she started a blog chronicling her efforts to change the school’s sexual assault policy. She says campus activists who started the Facebook page that would become the organization Know Your IX reached out to learn more about her experience, and eventually the ED Act Now campaign was born. Wanjuki helped lead online organizing efforts that have resulted in hundreds of thousands of signatures calling on the Department of Education and, more recently, the administration’s task force to make sure that the full force of federal law is brought against universities that don’t appropriately respond to complaints. Last year’s delivery of 170,000 petition signatures resulted in meetings with officials from the Department of Education, Department of Justice and the vice president’s office, she said. Though she sees last week’s developments as just a first step, Wanjuki says she’s hopeful.

“I think it’s a great sign that we’re in a new era in terms of Title IX enforcement,” she said.