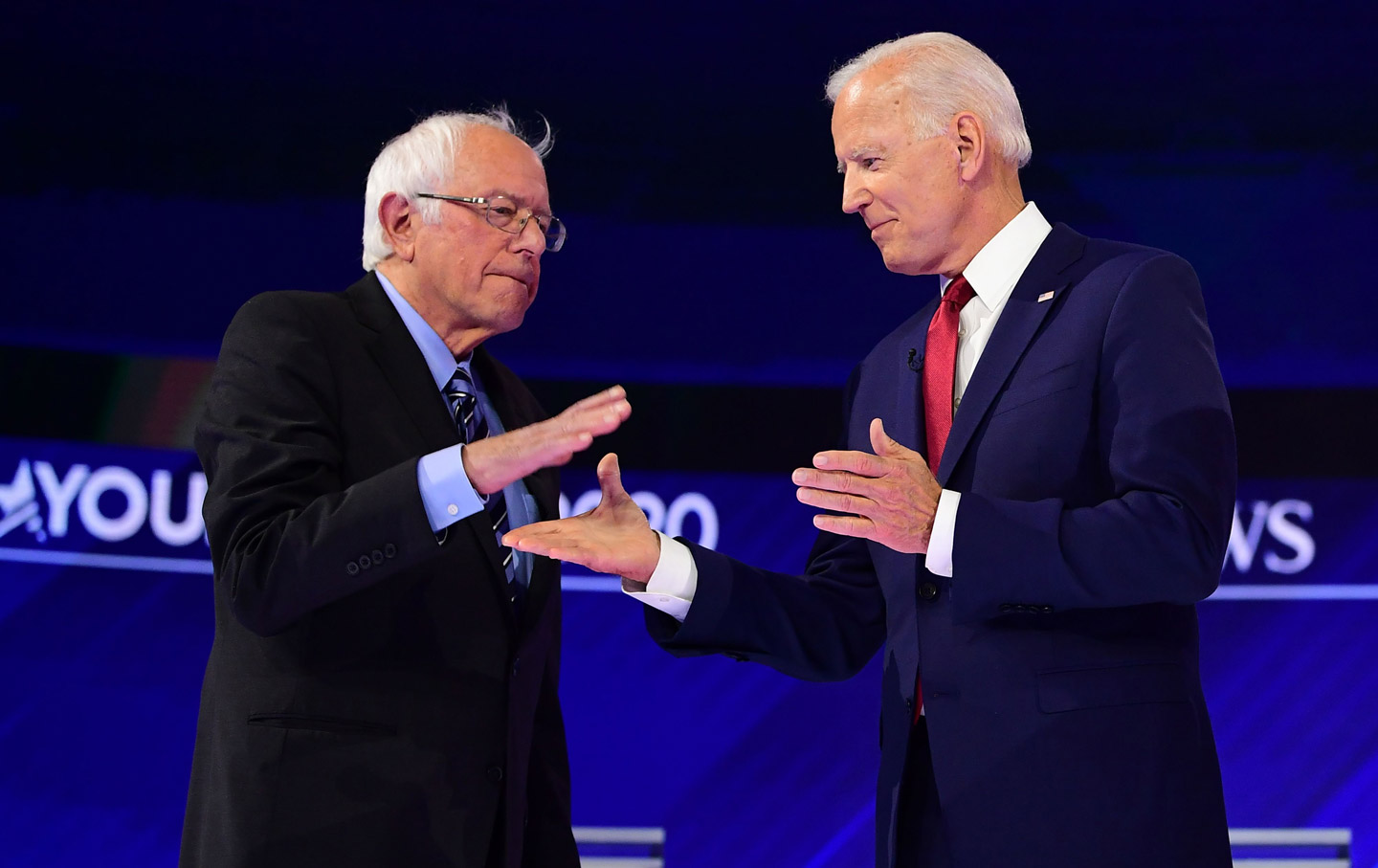 This year more than most election years, progressives are on tenterhooks. The anticipation is twofold: whether November 3 will mark a new chapter not just for the country but also for the Democratic Party. This moment demands broad-scale transformation—testing and treatment to contain the coronavirus, economic justice for Americans caught in the morass of governmental incompetence, and a strong push to dismantle systemic racism. Time and action will tell whether the Democratic Party embraces the progressivism necessary for that critical transformation.

When the House reconvenes on January 3, Speaker Nancy Pelosi will have the opportunity once again to introduce HR 1, the For the People Act. The bill would expand voting rights, fight government corruption, and increase campaign-finance transparency. In 2019, when there was no chance of the bill getting past Senate majority leader Mitch McConnell, it passed the House easily. In 2021, however, sources say Pelosi may face pressure to whittle down the bill to get support from both chambers and both sides of the aisle. But the provisions in HR 1 would function best as a package to stop the right wing’s march to minoritarian rule. Progressives in the House will have to work to make sure the sausage-making for next year’s version of HR 1 does not diminish the final product.

Democrats in the Senate will face a different challenge. Polling currently suggests that they will win a slight majority in the chamber next month. While this gives progressives reason to hope, that hope is tempered by the realization that Democrats are unlikely to claim the 60 seats needed to avoid the filibuster. They are even less likely to gain the support of eight or nine Republicans they will need to pass progressive legislation.

Senate Democrats’ hopes for governing, therefore, rest on the filibuster’s elimination. A movement in the Senate has come to the same conclusion, with Senator Elizabeth Warren telling activists, “We need to be educating and organizing now so that our allies understand why making progress on anything in Congress will require changing the rules in Congress.”

And then there’s the White House, which will hopefully be occupied by Joe Biden. His coalition will determine what he achieves. So far, he has distanced himself from the progressive wing of the party and allied himself with moderates. But if he’s elected, it will be with the help of progressives. Those who once supported Senator Bernie Sanders have raised and spent millions of dollars for Biden’s campaign. Biden-Sanders task forces put forth progressive policies on health care, climate change, and the economy. Progressive groups have provided an aggressive ad campaign, a nationwide network of activists, and a new approach to rural organizing to help move working-class voters beyond Trumpist resentments.

The progressives who support Biden now must prepare to push him later.

If Biden wins next month, progressives will not give him a pass but will seek to drive bold reforms from the get-go—to ensure that Biden will form and consult an inclusive coalition as he advances his agenda.

For an example of how to do this, Democrats can look to New York’s Working Families Party. The WFP has spent 22 years forming such a coalition, organizing progressive organizations and replacing moderate Democrats in Albany with WFP-endorsed lawmakers. In 2018 its activism paid off: The New York legislature had enough progressive members to pass long-overdue bills on issues ranging from climate change to voting rights. The WFP’s effective progressivism has refocused the legislature’s work squarely on inclusive populism.

At the same time, the WFP’s progressive push has challenged centrist Democratic Governor Andrew M. Cuomo’s grip on state politics—a challenge he has not taken kindly to. This year he retaliated by more than tripling the vote threshold that the WFP must cross to maintain its ballot status, from 50,000 to 160,000, based on this year’s turnout estimates. Now even though the party is backing the likely-to-win Biden-Harris ticket, it could be removed from future state ballots.

But let’s assume that the WFP gets at least the 160,000 votes needed. Let’s assume the gavel remains in Pelosi’s hands and McConnell heads the minority caucus. Let’s assume the White House is occupied by a qualified leader. Just because we’ve won doesn’t mean the work of progressives is done.

On the contrary, it is just beginning. The WFP’s recent People’s Charter provides guidance for policymaking after the elections—a “roadmap out of our current state of crisis, and to an America that works for the many, not the privileged and powerful few,” it reads. It suggests universal health care, a tax increase on corporations, and job creation through public works programs. Whether these policies will be enacted depends on the actions of Democrats at every level of government.

The chaos and cruelty of recent years—from the pandemic to inequality, from structural racism to climate change—demand a paradigm shift. In 2020 and beyond, that will determine the future of the Democratic Party and the nation. It’s time to think ahead.