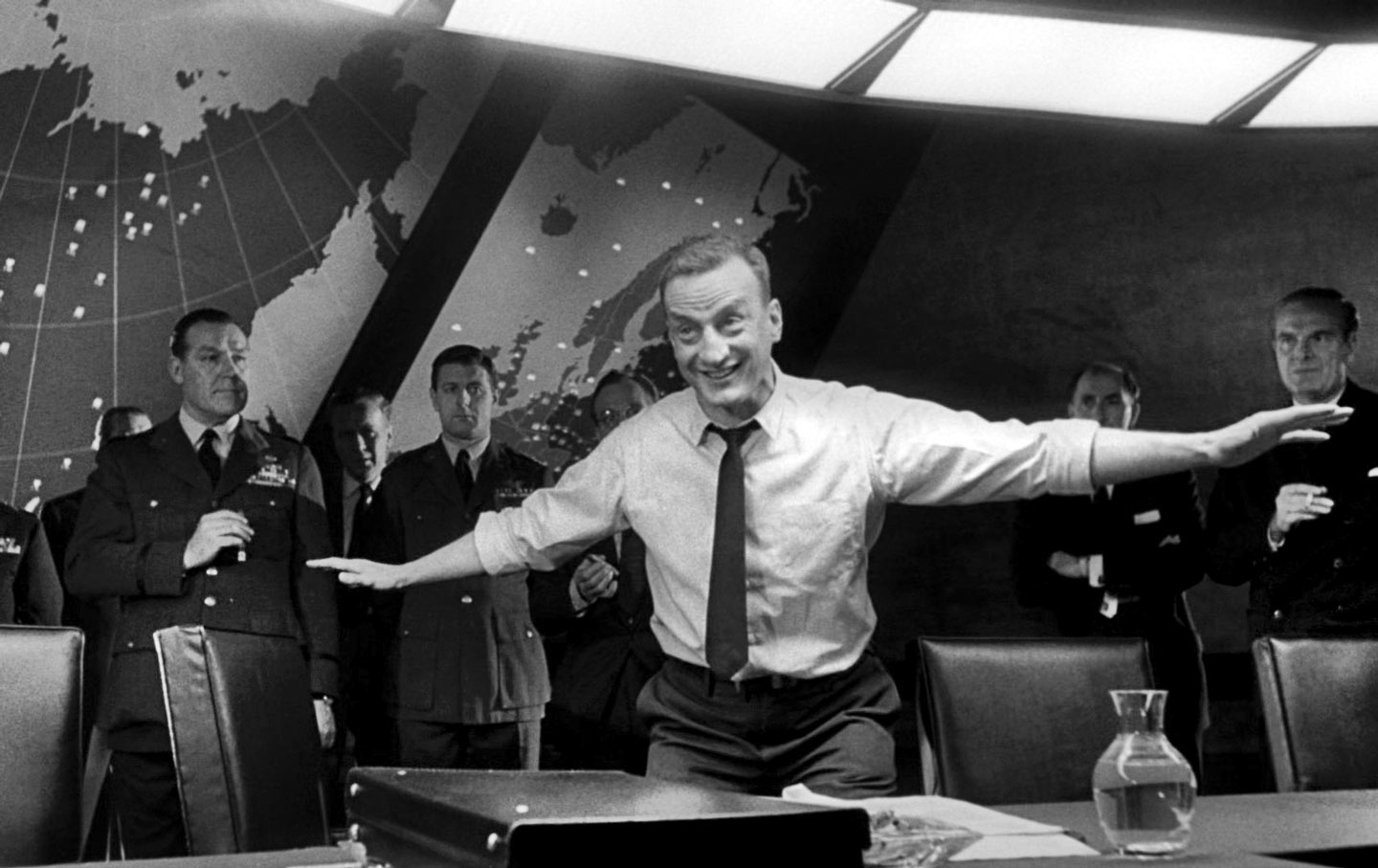 Dr. Strangelove or How I Learned to Stop Worrying and to Love the Bomb.

These are not good times for nuclear security.

On the first day of spring, I turned to my Twitter feed (as I confess I do on too many mornings) and discovered this bracing tweet: “We are taunting three nuclear nations at once. In public. Insane behavior. And these were supposed to be the ‘grown ups.’”

I then turned, as I do most mornings, to The Washington Post (I subscribe to a daily “hard” copy of the Post) and The New York Times.

That morning the Post had, on its front page above the fold—and I confess we editors are fond of this placement—the riveting headline, “U.S. shows an appetite for dust-up diplomacy.”

I thought, has The Onion no room?

These are not “dust-up” times; these are perilous times. The risk of accidental nuclear conflict or a nuclear attack is now greater than at any time since the end of the first Cold War.

This is not a left-right issue. It is about survival. Who could not be deeply alarmed by the recent reckless exchanges between leaders of the United States, Russia, and China? Russia and the United States have more than 90 percent of the world’s nuclear warheads in their arsenals. What is needed is negotiation, diplomacy, disarmament, and peace. President Biden should make good on his recently stated commitment to assuring that “diplomacy is back at the center of our foreign policy.”

Many of you read about the death of my husband, and longtime Nation contributor, Stephen Cohen. As a historian, an analyst of Mikhail Gorbachev’s courageous reforms, and someone who feared the nuclear scourge, Steve cared deeply about better US-Russian relations. Part of my work in these last months has been to revive and reinvigorate a group Steve launched in 2015—the American Committee on East-West Accord, now renamed the American Committee on US-Russia Accord (ACURA).

ACURA believes that the atmosphere of mutual hostility between the United States and Russia does not serve US national security, nor does it serve the cause of a more peaceful world. ACURA works with all who care about deescalating tensions.

This is a time when the idea of national security should be redefined and reimagined. So let’s also reimagine and reframe our mutual security—support diplomacy over conflict, engagement over isolation, humility and restraint over arrogance and intervention.

As I have long argued, cold wars, which we now face the threat of, are bad for progressives. They empower the worst forces on both sides—war parties and the military-industrial/congressional/media/think tank complex. Nationalist fervor rises; diplomacy is sidelined or, worse, as we have seen during the “RussiaGate” panic, criminalized. The space for dissent narrows or closes. And, having worked for three decades with Russian dissidents, journalists, and feminists and human rights NGOs, I have seen close-up how cold-war tensions have been used to suppress independent voices and groups in Russia and the United States.

With so much needed to rebuild our own country—reinvestment in social justice, racial equity, economic equality, and infrastructure—and to tackle the climate emergency, we don’t need, nor can we afford, a costly replay of the Cold War, which epitomized what The Nation has for much of its 155-year old life opposed: an antidemocratic climate that cuts off debate, slanders skeptics, stigmatizes nonconformist thinking, and criminalizes diplomacy.

As the Russian leader I have long admired (as did Steve), Mikhail Gorbachev, wrote last year after the pandemic made life grind to a halt across the world, “What we urgently need now, is a rethinking of the entire concept of security.” Rather than measure security in military terms, as we too often do, “the overriding goal must be human security.”

In reflecting on The Nation’s role in ensuring journalistic attention is paid to war and peace, I am always reminded that if there is a consistent thread to the magazine’s 155-year life, it is the unwavering belief that military misadventures abroad undermine a true democracy at home.