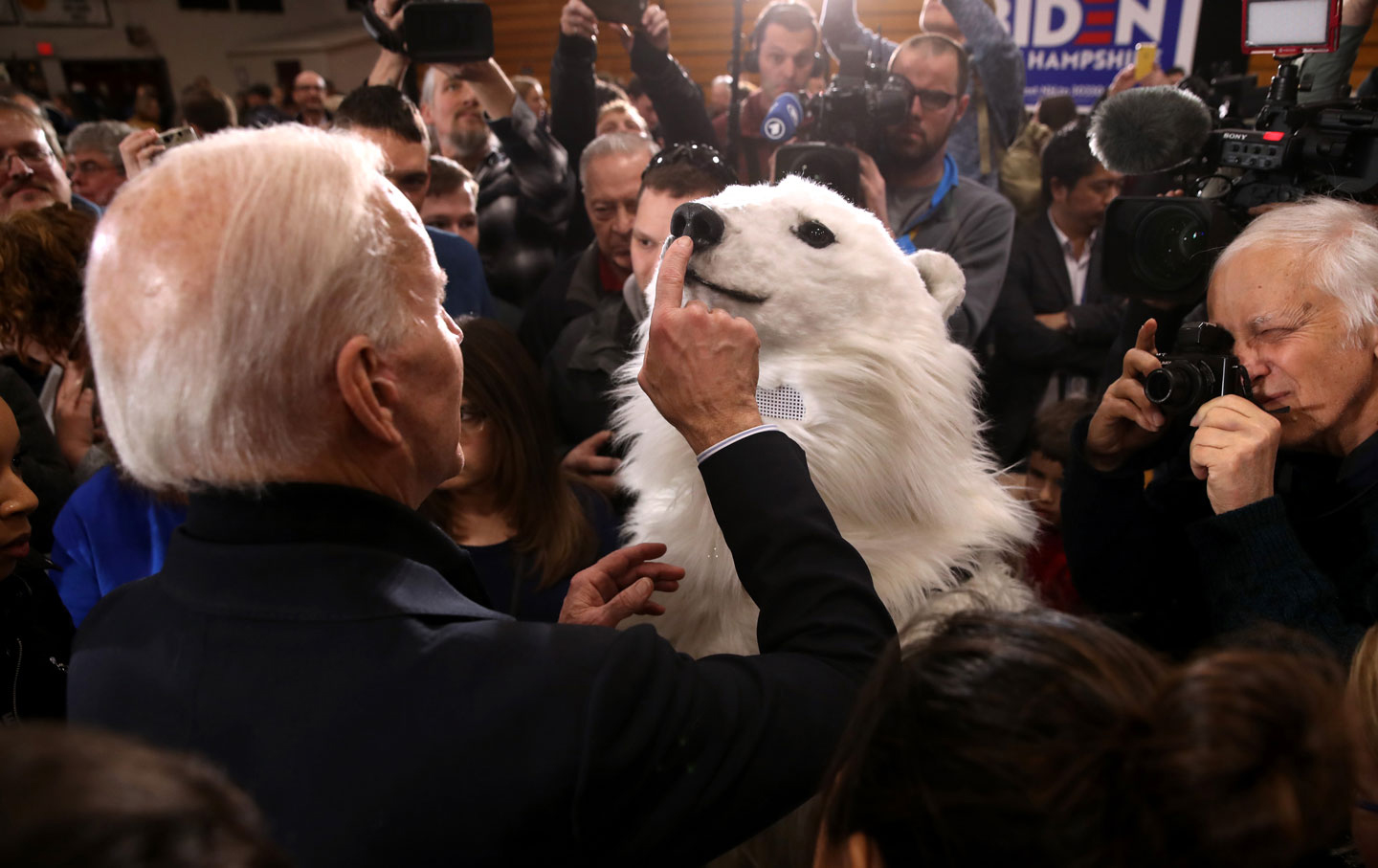 Can Joe Biden be moved to the left on the issues that matter most and are critical to the sort of mass mobilization of voters that might transform our politics and our governance? Yes. That’s the best takeaway from the presumptive Democratic nominee’s July 14 announcement of a climate and jobs plan that would have him move immediately as president to invest $2 trillion in developing clean energy infrastructure and a host of other responses to the climate crisis. “We’re not just going to tinker around the edges,” Biden declared. “We’re going to make historic investments that will seize the opportunity and meet this moment in history.”

That’s a far cry from what Biden was saying during his bid for the Democratic presidential nomination earlier this year. Then, he pushed back against climate activists and dismissed an ambitious plan by his chief rival, Vermont Senator Bernie Sanders, to “launch the decade of the Green New Deal, a 10-year mobilization to avert climate catastrophe during which climate change, justice, and equity will be factored into virtually every area of policy, from immigration to trade to foreign policy and beyond.” Asked about the Sanders plan in January, Biden claimed, falsely, that “not a single solitary scientist thinks it will work.”

Now, Biden is talking about making a good deal of it work—borrowing ideas from Sanders and from Washington Governor Jay Inslee, who as a 2020 contender ripped the former vice president for failing to respond to the crisis with the urgency that it required. Sunrise Movement cofounder Varshini Prakash, who served on the Biden-Sanders climate unity task force that prodded Biden on the issue, summed up the reaction from activists who once objected to his approach. “It’s no secret that we’ve been critical of [his] plans and commitments in the past,” she said. “Today, he’s responded to many of those criticisms: dramatically increasing the scale and urgency of investments, filling in details on how he’d achieve environmental justice and create good union jobs, and promising immediate action—on day 1, in his first 100 days, in his first term, in the next decade—not just some far off goals.”

Julian Brave NoiseCat, the director of Green New Deal Strategy for the research group Data for Progress, suggested that “Biden’s clean energy and environmental justice plans are, in my view, a Green New Deal in all but name.” Green Party presidential nominee Howie Hawkins disagreed, arguing that “Biden is nowhere close to the GND. Besides having a timeline for emissions more than 20 years slower, he leaves out the other half, which is an economic bill of rights—guaranteed jobs, single payer healthcare, housing, etc.” There’s still a good debate to be had about whether Biden is prepared to meet the challenges he’ll face if elected. But The Washington Post noted that the Democrat’s recent policy pronouncements on climate change and other issues represent “a significant move to the left from where Biden and his party were only recently.”

That movement is what matters. Give Biden credit for breaking loose from some of the centrist dogmas that bogged Democrats down in 2016 and that are scorchingly out of touch with a pandemic moment that is witnessing mass unemployment. But give activists more credit for making him do so. Prakash was right when she said, “Our movement, alongside environmental justice communities and frontline workers, has taught Joe Biden to talk the talk.” That’s important in an election year when an action agenda is necessary and popular. She was also right when she said progressives must keep pushing Biden to be bolder—and better—in addressing the climate crisis, systemic racism, and the rot that extends from decades of deference to Wall Street and the military-industrial complex. The hopeful news is that Biden, in stark contrast to Trump, responds to pushing. “What we’ve shown,” Prakash said, “is that when we organize, we can change the terrain of possible, and the common sense of society.”