São Paulo—“Sem Anistia!” The short refrain, “no amnesty,” reverberated down Avenida Paulista last Monday as hundreds of thousands of Brazilians took to the streets here and across the country in an emotional rejection of the Jair Bolsonaro–inspired assault on the nation’s democratic institutions the previous day in Brasília. The simple phrase—chanted, painted on signs, and projected onto the looming facades of the storied modernist avenue—represented both an immediate demand for accountability, and a potentially fleeting rallying cry for unity in a politically fractured nation.

While the January 8 capitol-complex invasion can be seen as the tragic end to four years of antidemocratic leadership under Bolsonaro, it also presents the country’s newly reelected President Luiz Inácio Lula da Silva with an unexpected opportunity to govern with a consensus mandate after his narrow comeback win. Polls suggest that over 90 percent of Brazilians condemn last Sunday’s attacks, and nearly two-thirds support the Lula administration’s response—significantly higher numbers than the slim 50.9 percent majority Lula himself received in October’s runoff. Despite Lula’s robust international reputation for poverty reduction and diplomatic leadership during his first tenure, deep mistrust of his Workers’ Party (PT) continues at home after damaging corruption scandals—a reality often undervalued in international coverage that pits Lula against Bolsonaro in a political binary.

Yet anger at the putschists seemed to mix with a renewed hope for Brazilian democracy among the diverse crowd in the streets of São Paulo last week. “I threw off everything I had to do today to come here and show that Brazil does not stand for fascism,” explained João, a 23-year-old philosophy student. “We are here not just for Lula, but for democracy as a whole.” While the demonstration was called together by several left-wing organizations—including Brasil Popular, Povo Sem Medo, and Coalizão Negra por Direitos—amid the crowd, with its bullhorns and smattering of hammer-and-sickle flags, were some voters from the right. “I am here because democracy needs to prevail. We can’t support any anti-democratic act, any criminal act” explained Renata Arruda. While she typically votes right and would “never support PT,” the 52-year-old insisted, “I am here to support the rule of law.” 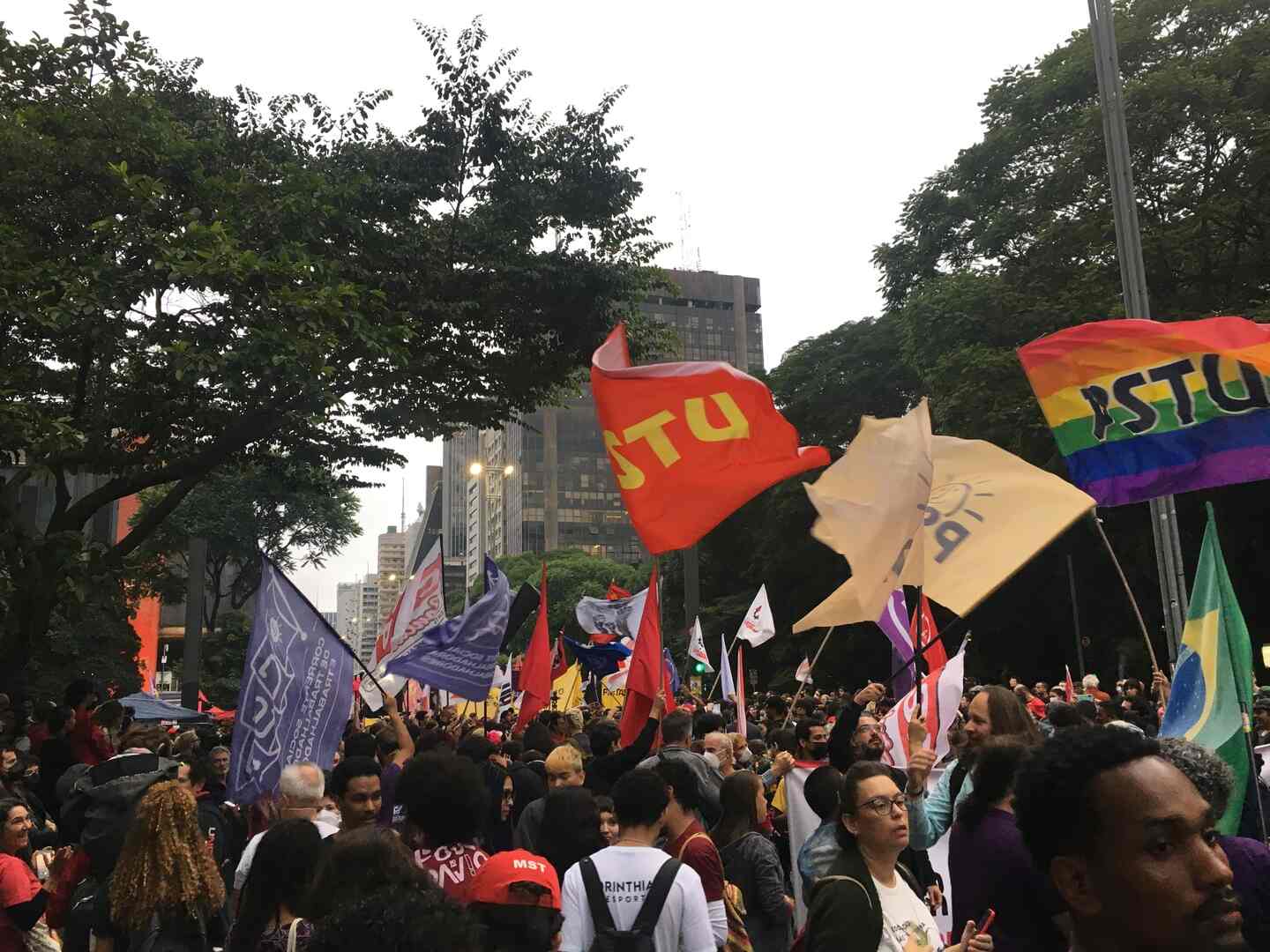 In the shadow of the Museu de arte de São Paulo, Lina Bo Bardi’s architectural masterpiece, a float draped in movement ensigns and a banner proclaiming “Somos Pela Democracia” (“we are for democracy”) featured speeches from left-wing parliamentarians and syndicate leaders. At one point a leader of an anti-racist front called Uneafro declared, “We’ve already defeated Bolsonaro at the polls and now we’re going to defeat Bolsonarism in the streets,” to loud cheers. Unfortunately, this claim obscures the real balance of power. Bolsonaro’s Liberal party emerged from the October 2 congressional election with the largest share of seats in both lower and upper chambers. In fact, the new makeup of Brazil’s legislature is the most right-wing since the end of the dictatorship in the 1980s.

The Surprising Strength of Brazil’s Democracy

In São Paulo, Bolsonaro’s infrastructure minister, Tarcísio Gomes de Freitas, won a hard-fought runoff for governor against Ferdinand Haddad, the PT’s losing 2018 presidential candidate who was recently named Lula’s finance minister. Tarcísio’s win marks the first time since 1994 that the important state has not been controlled by PSDB, the traditional leading party of the center right, and exemplifies the Bolsonaro movement’s enduring appeal despite his loss at the top.

So far, the one-step-too-far invasion of Brasília’s capitol complex by Bolsonaro-supporting golpistas (coup leaders) has been roundly condemned by leaders across the political spectrum, including Tarcisio. On the day of the attacks, the new governor tweeted, “For Brazil to move forward, the debate must be one of ideas and the opposition must be responsible, pointing out directions. Demonstrations lose legitimacy and reason from the moment there is violence, depredation or curtailment of rights. We will not admit that in SP!” Even Bolsonaro himself has remained mum about the events while camped out in Florida, ostensibly receiving medical care as he evades legal action in Brazil. 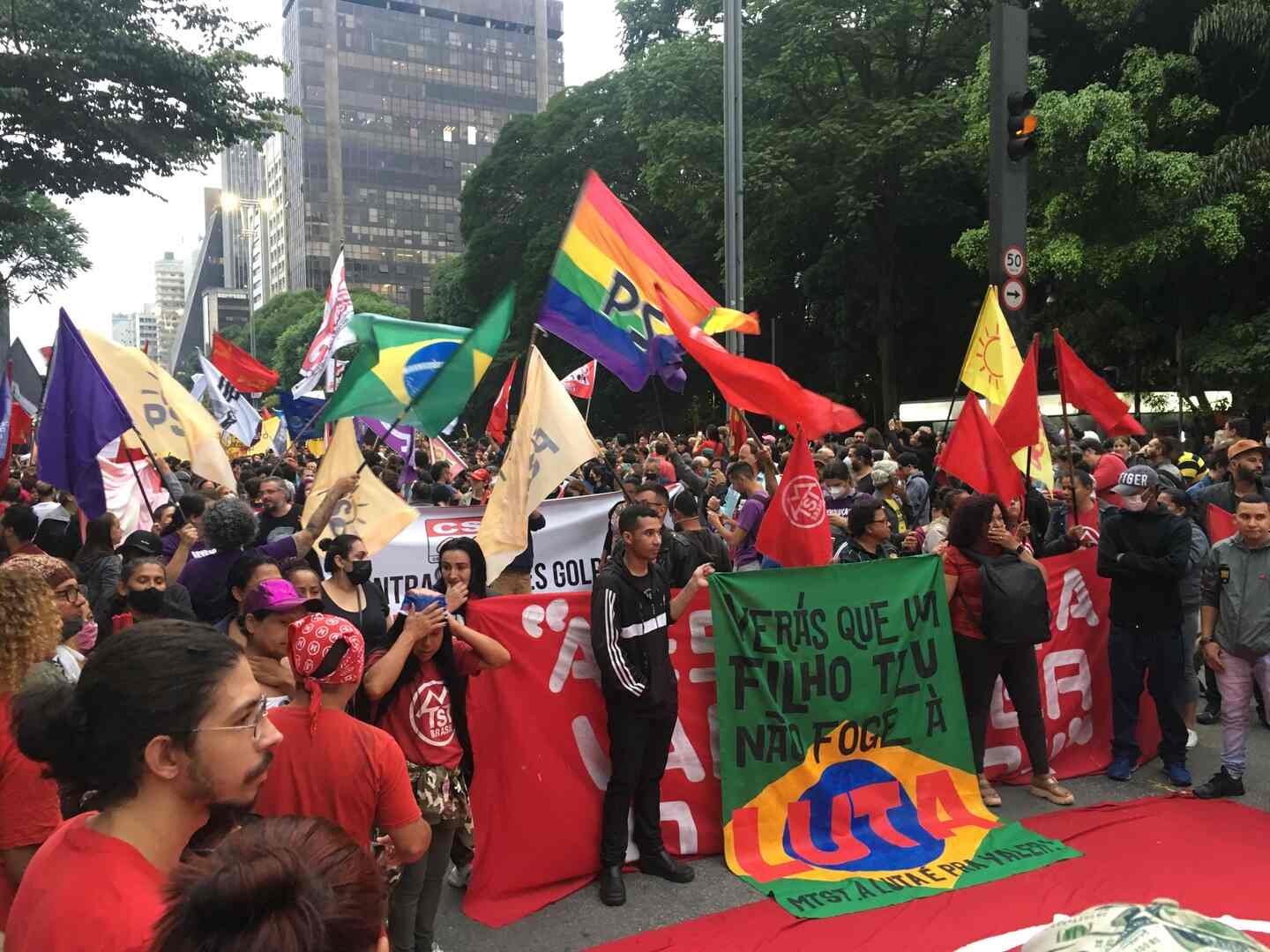 In the wake of last week’s events, it is essential to parse how Bolsonarism is different from Bolsonaro. As with Donald Trump, Bolsonaro-style politics is poised to outlive its namesake. Yet, in Brazil’s fragmented political system—which that includes 23 parties in the current legislature—the now-discredited former leader lacks a powerful party apparatus to allow him, as the Republican Party has allowed Trump, to play a central role in his post-presidency. While Mitch McConnell did stand up on the Senate floor to denounce Trump in the wake of the January 6 attacks, he and the vast majority of his colleagues refused to impeach Trump the following month.

In Brazil, the jury is still out on whether the chants of “no amnesty” in the streets will be heard in the corridors of power over the coming months. For the actual golpistas, justice is being served up quickly this past week as Lula’s administration has moved aggressively to round up the more than 1,000 people connected to the ransacking of the capitol complex while the attorney general’s office and Supreme Court pursue legal action against companies and politicians who supported the invaders. The success of these ongoing investigations is a major cause of trepidation among Bolsonaro opponents. Enrique, a 21-year-old assistant teacher, held a sign at the demonstration asking, “Who is financing the terrorism in Brasília?” He told me his sign “is a direct message to Bolsonaro supporters about what they’ve done yesterday. It is asking them: Who paid you to camp outside the military headquarters for weeks? They were receiving money, food, electricity.”

While justified suspicion about hidden support for the golpistas by the military remains high, the narrative around the capitol-complex invasion has so played into Lula’s hand that “false flag” theories now abound on the far right. For the moment, though, political support for action matches the energy in the street. The right-wing-dominated Senate and Chamber of Deputies ratified with robust majorities Lula’s emergency presidential degree expanding federal security and investigative powers. While this type of broad consensus is likely to fade, it will be up to Lula to capitalize on the moment, since, despite international headlines, he faces enormous political headwinds to enact his progressive agenda. 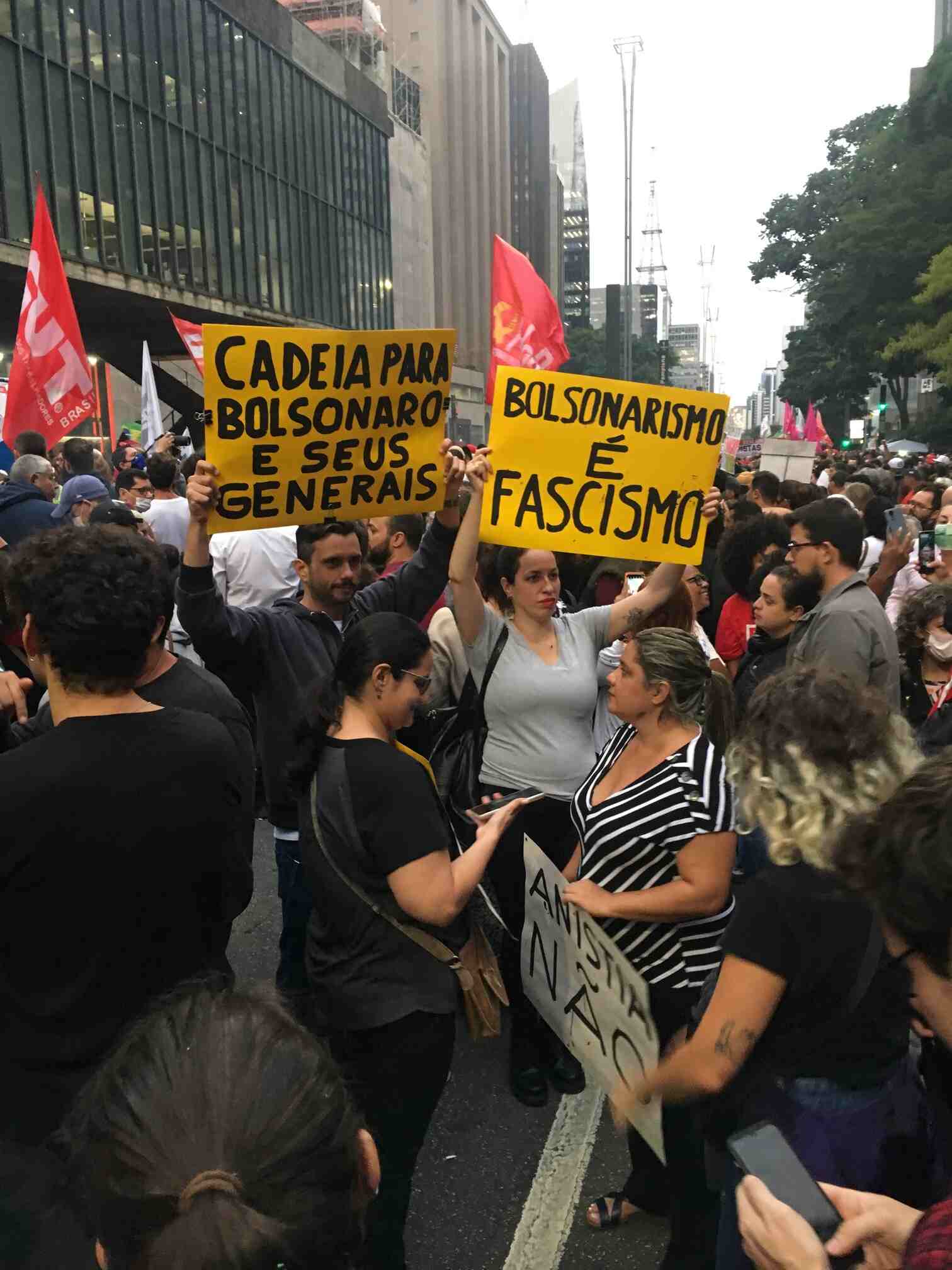 By a Huge Margin, Berlin Votes to Expropriate Corporate Landlords

Poland’s Women Are in the Streets

Luis Gustavo, a São Paulo–based social media organizer for Lula’s recent campaign, emphasized in an interview that these challenges relate to ongoing mistrust of PT. During the campaign, many voters would bring up “corruption and the 2016 coup against Dilma” (i.e., her impeachment) as a reason to back Bolsonaro. “While Lula was clearly the favored candidate from the start when compared against Bolsonaro, convincing voters about Lula and his agenda was more difficult.” The fact that Lula ran on a unity ticket with Geraldo Alckmin—a center-right politician who was the main opposition candidate to Lula in the 2006 presidential election—and still only won by less than two percentage points reveals deep reservations by many voters who may not support Bolsonaro publicly but still backed him at the polls.

Do these voters support “fascism”? After the events of January 8, this framing, favored on the left, would seem to be gaining adherents. At last week’s demonstration and in the Brazilian media, the dichotomy between “democracy” and “fascism” is in the spotlight. Unfortunately, while Bolsonaro himself has been widely discredited, his right-wing brand of divisive politics performed quite well at the polls. “No amnesty” might be a unifying refrain—for now. But enacting new progressive policies in Brazil that carry on the legacy of Lula’s earlier achievements will take further organizing and deft leadership. Still, last week’s debacle offers Lula a new mandate to start.

Neither Forgive nor Forget