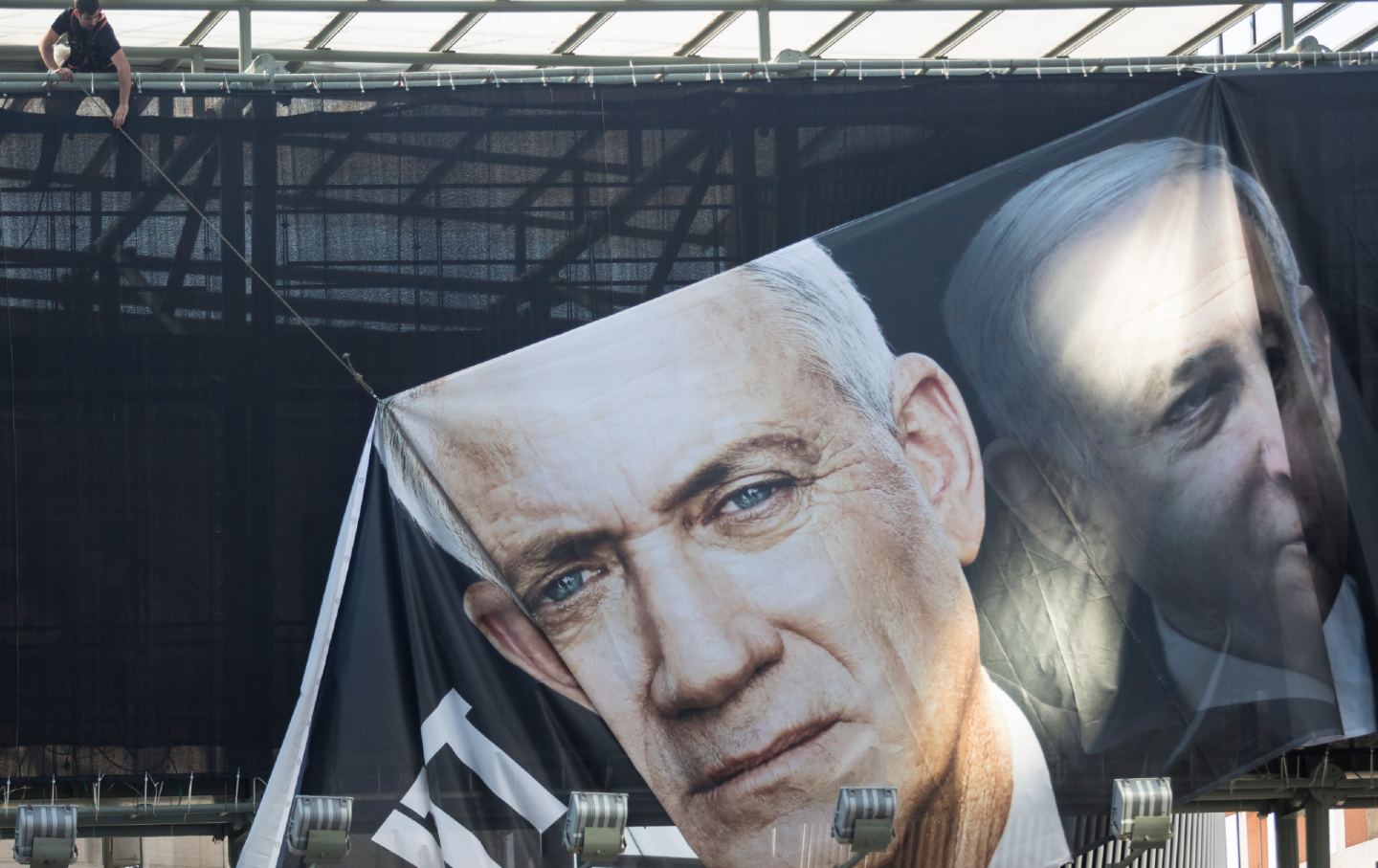 For many Israelis, this is a story of betrayal. In the elections that took place in early March, the third consecutive round of elections in a single year, three separate blocs ran on platforms of ending Benjamin Netanyahu’s rule as prime minister—a position he has held for longer than any of his predecessors.

Benny Gantz’s Blue and White alliance, which has been nicknamed the “Generals’ Party” for the cadre of former IDF chiefs of staff who lead it, headed the anti-Netanyahu opposition with an election campaign that compared the prime minister to Turkey’s Recep Tayyip Erdogan. The leader of the Labor Party, Amir Peretz, shaved his iconic mustache on live television so that viewers could “read his lips” as he vowed not to enter into a coalition with Netanyahu. The third was the Joint List, which united the major Arab and Jewish-Arab parties in the Knesset, Israel’s parliament. Not a single Palestinian party has ever been part of a coalition government.

Fast forward eight weeks, and everything has changed. Both Gantz and Peretz, who together won about 32 percent of the vote, announced that they would renege on their campaign promises and enter a coalition with Netanyahu’s Likud party, tearing apart their parties in the process. Gantz, who was widely viewed as the center-left’s knight in shining armor, was the first to abdicate and to join an “emergency national unity government” with the man he had recently deemed a “dictator.” Peretz, still without his mustache, was quick to follow. Half of the Blue and White and Labor lists, along with the Joint List, will remain in the opposition.

The new government has yet to be sworn in, but the coalition agreement signed by the various parties last week reveals just how dangerous it is likely to be. The deal includes a commitment to pass new legislation ensuring that Netanyahu stays in power, despite his facing trial for multiple corruption charges. It will also allow the criminal defendant significant influence over the appointment of judges and the choice of the general attorney.

As if that’s not enough, the coalition agreement also seeks to change the entire system of government by preventing the Knesset from passing laws unrelated to the Covid-19 crisis for a period of six months, while stymieing legislative oversight of the government by barring the opposition from leading any parliamentary committees save one.

Most dangerous of all, however, is the fact that the agreement includes a clause that gives Netanyahu a green light to move ahead with annexing large swaths of the occupied Palestinian territories. Notably, annexation is one of the only policies that the new government has committed to. The agreement does not even mention the measures needed to combat the coronavirus pandemic and the havoc it has been wreaking on the Israeli economy (the very impetus for the unity government’s establishment), which has seen unemployment skyrocket from under 4 percent to over 26 percent in a single month.

It is, therefore, no wonder that so many voters for Blue and White and Labor feel betrayed. They believed that their vote would help put an end to Netanyahu’s reign. Instead, those votes gifted “King Bibi” with his fifth term in office.

To understand this unique turn of events, one ought to consider two additional factors about Gantz. The first is that, despite being elevated as an alternative to the prime minister, Gantz has never actually said that his political beliefs differ much from those of Netanyahu. (Even before this most recent election, a senior spokesperson for Blue and White stated that Likud was their most “natural” partner). When it came to Israel’s five-decade rule over Palestinians, annexation, the economy, foreign policy, Iran, or anything else for that matter, Gantz’s centrism failed to present any real policy-based alternative.

Gantz himself launched his political career by boasting about killing thousands of Palestinians and “sending parts of Gaza back to the stone age” when he served as chief of staff of the IDF during the 2014 war. The former general was also vocal about his support for the recently passed “Jewish Nation-State Law,” which constitutionally enshrines Jewish supremacy in Israel, and states that Jews are the only people with the right for self-determination in Israel. Most recently, in January, Gantz traveled to Washington, DC, to meet with Donald Trump and endorse his “Deal of the Century,” which Palestinians have roundly rejected and consider a nonstarter for future negotiations, and with good reason. The truth is that for his voters, the entire appeal of Gantz and his list has always been about their laser-focus messaging against Netanyahu as a person, rather than his politics.

For many, Blue and White’s commitment to civic virtue, which places the long-term good of the state above sectarian divisions and personal interests, was supposed to replace Netanyahu’s corruption and attacks on Palestinian citizens, the left, the media, and the justice system.

The second clue for understanding Gantz’s about-face is the fact that he had no choice but to backtrack on one of his two central campaign promises. Not only did Gantz vow not to join a government led by Netanyahu; he also promised he would not lead a minority government supported by the Joint List, which represents Israel’s Palestinian citizens. The Joint List, whose platform is based on equality for all, social justice, peace, and democracy, has long been a target of attacks by Netanyahu and the right, which routinely accuses members Palestinian leaders of being “terrorist sympathizers.”

The numbers were never in Gantz’s favor. When Likud chided him during the elections for being unable to form a government without the Joint List, Gantz vowed he would pull it off. But Likud was right—and everybody knew it. With Netanyahu’s religious right-wing bloc holding a firm grip of 58 out of 120 Knesset seats, just three seats shy of the necessary majority to form a coalition, Gantz had only one alternative to joining the right: ally himself with the Joint List, the rising political force on the left, which won a record-setting 15 seats in Knesset.

When the elections ended and Covid-19 began its rampage across Israel, the country went into immediate lockdown. Gantz suddenly found himself with a choice: He would either have to join Netanyahu in some kind of unity government, or accept the support of the Joint List and become prime minister. Either way, he was about to break one of his two commitments. The Joint List, for its part, had twice—despite real reservations about supporting a man who had boasted of killing Palestinians—announced that it would recommend the former IDF chief to form the government and replace Netanyahu.

In the end, Gantz opted against what would have been a historic political partnership with Israel’s Palestinian minority, and instead joined forces with the man he was set to replace. The price of this decision will be paid, as always, by Palestinians—in the West Bank, the Gaza Strip, and inside Israel—along with poor and working-class Jewish communities, who are the hardest hit by the economic crisis wrought by the coronavirus crisis and are, as usual, being ignored by the government. 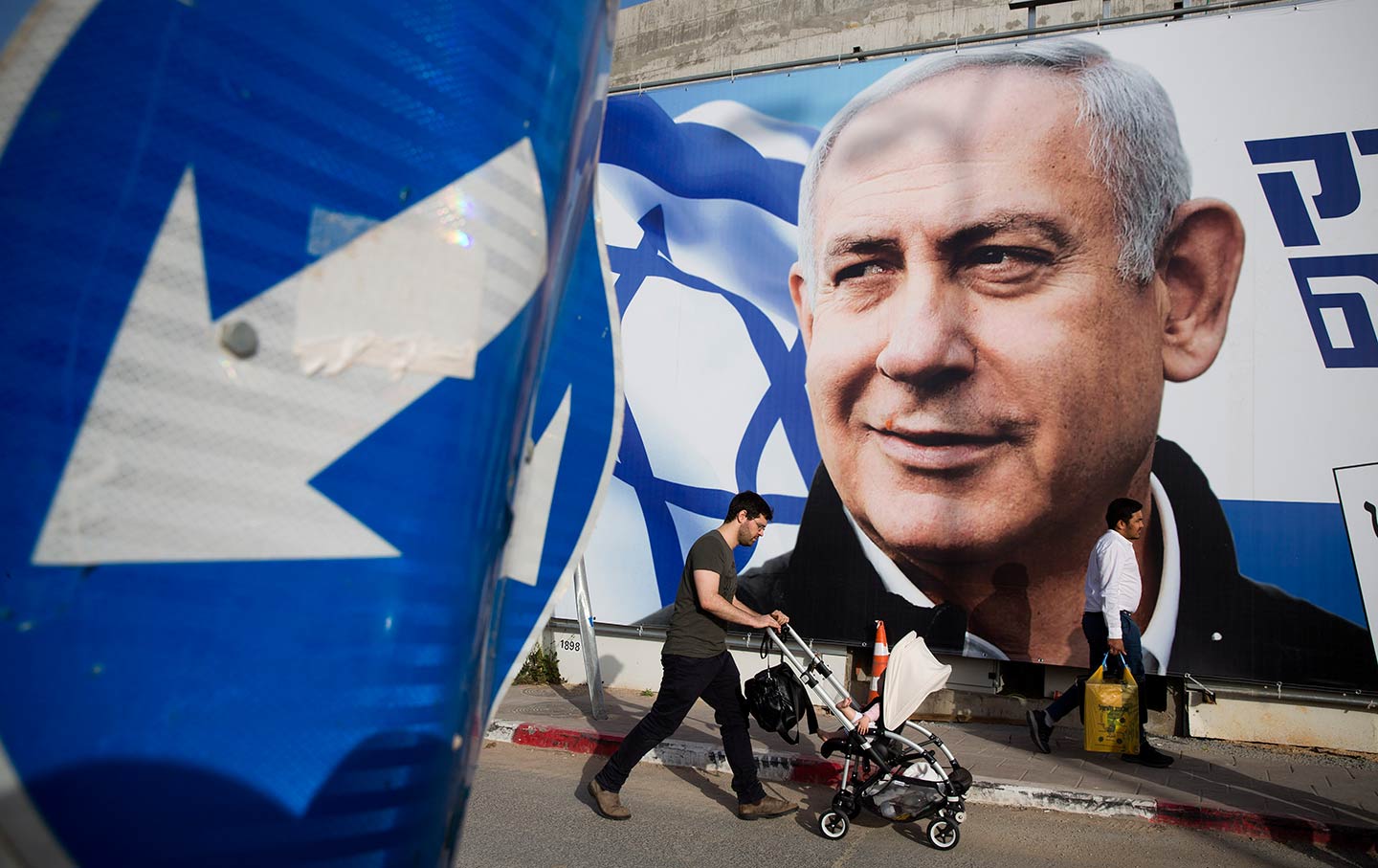 It didn’t have to end like this. Before he made his decision, Gantz was in close contact with Ayman Odeh, the head of the Joint List. Odeh has been working to forge new alliances and lead what he calls the “Democratic Camp” in Israel, stating repeatedly that while Palestinian citizens cannot replace Netanyahu and promote peace and equality alone, no one can do it without them. This has led to a dramatic increase in Palestinian citizens’ voting rates; won the Joint List new support from Jewish voters; and led Time magazine to recognize Odeh as one of its “100 Next” rising stars in world politics. There is reason to believe Gantz truly was considering forming an alliance that would have led to Netanyahu’s ouster. Were it not for the outbreak of the novel coronavirus (as well as two hawkish Blue and White backbenchers who preferred Netanyahu to Odeh), this could have come to pass—and potentially changed the face of Israeli politics; just years ago, any alliance between Zionist parties and Arab parties was almost unimaginable.

Gantz’s betrayal has made it painfully clear to all parties involved that there is only one path to beating the right, and it requires real partnership between Jewish and Palestinian citizens of Israel, based on principles of equality and democracy. In the next elections, whenever they may be, we may finally see an opposition to that goes beyond rejecting Netanyahu the person—and instead offers a real alternative to everything he stands for.