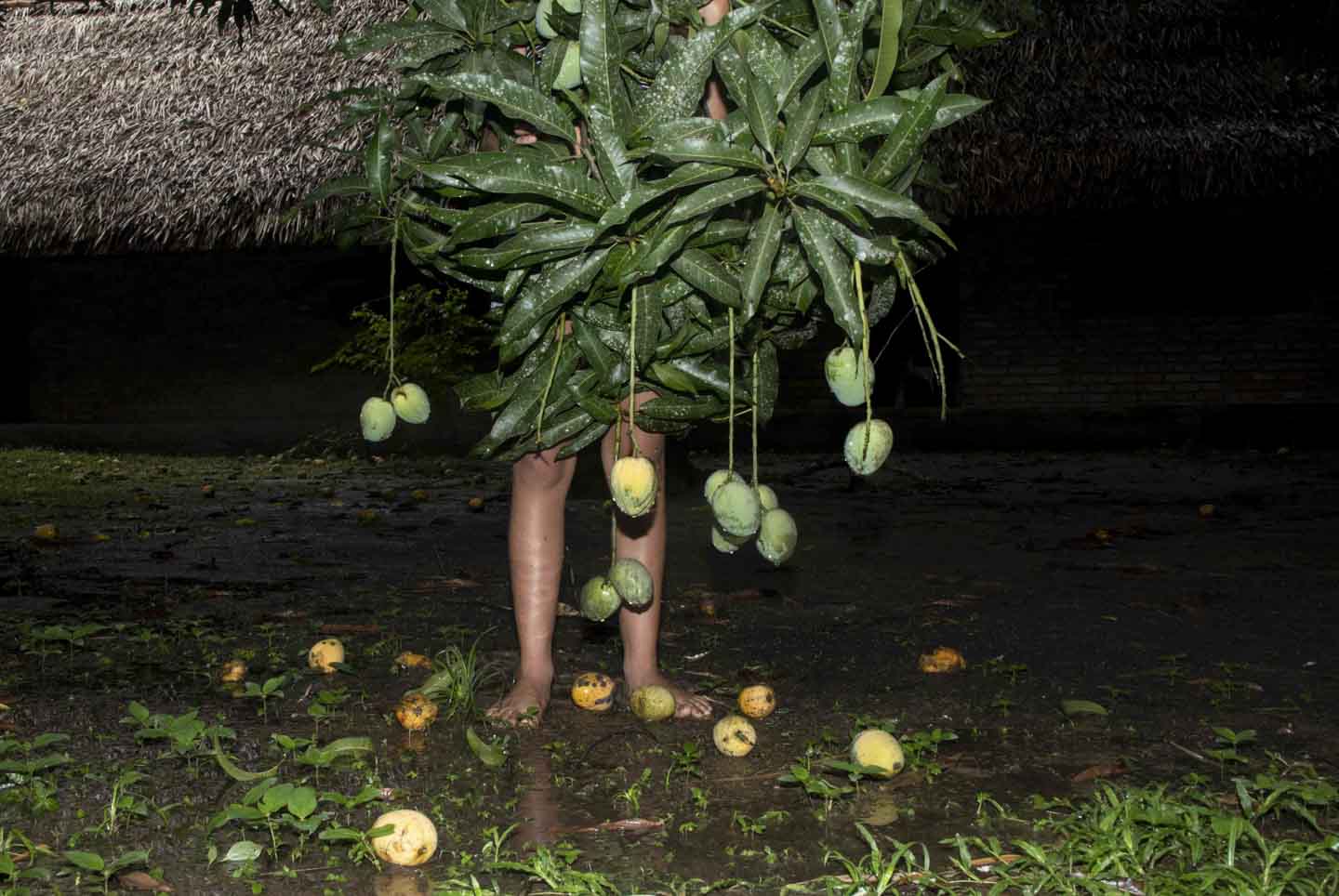 “We are not locked in, we have this infinity of savannah at our doorstep, but I am still locked in, I feel the air locked in, I don’t feel free.” —Sarai

and Magnum Foundation are partnering on a visual chronicle of untold stories of the coronavirus crisis and the struggle for racial justice—read more from The Invisible Front Line. —The Editors

Sarai’s mother had warned us, we could not be too close. There could be no hugs or warm embraces. This was a time of contagion and quarantine. Even with these restrictions, I decided to go. 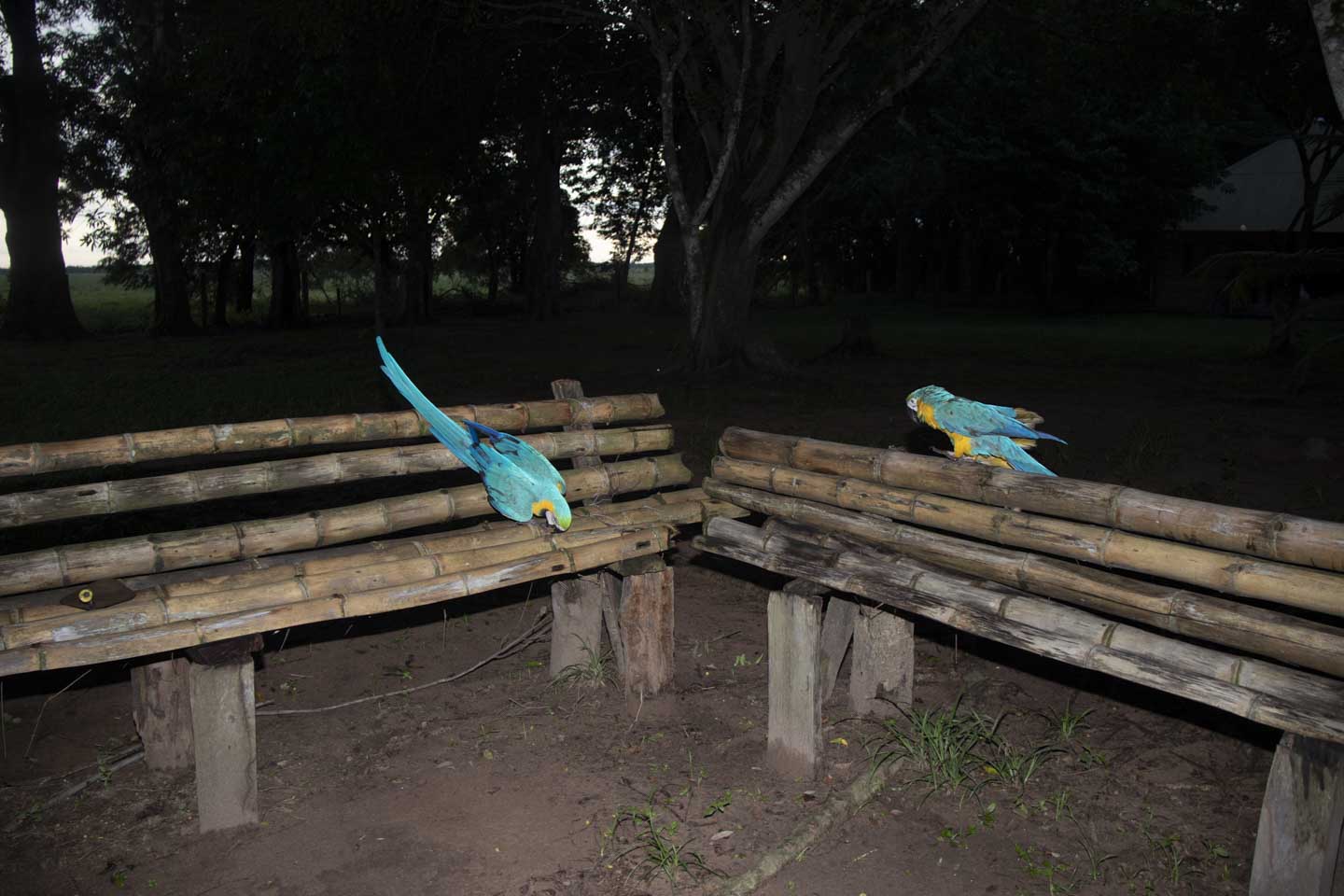 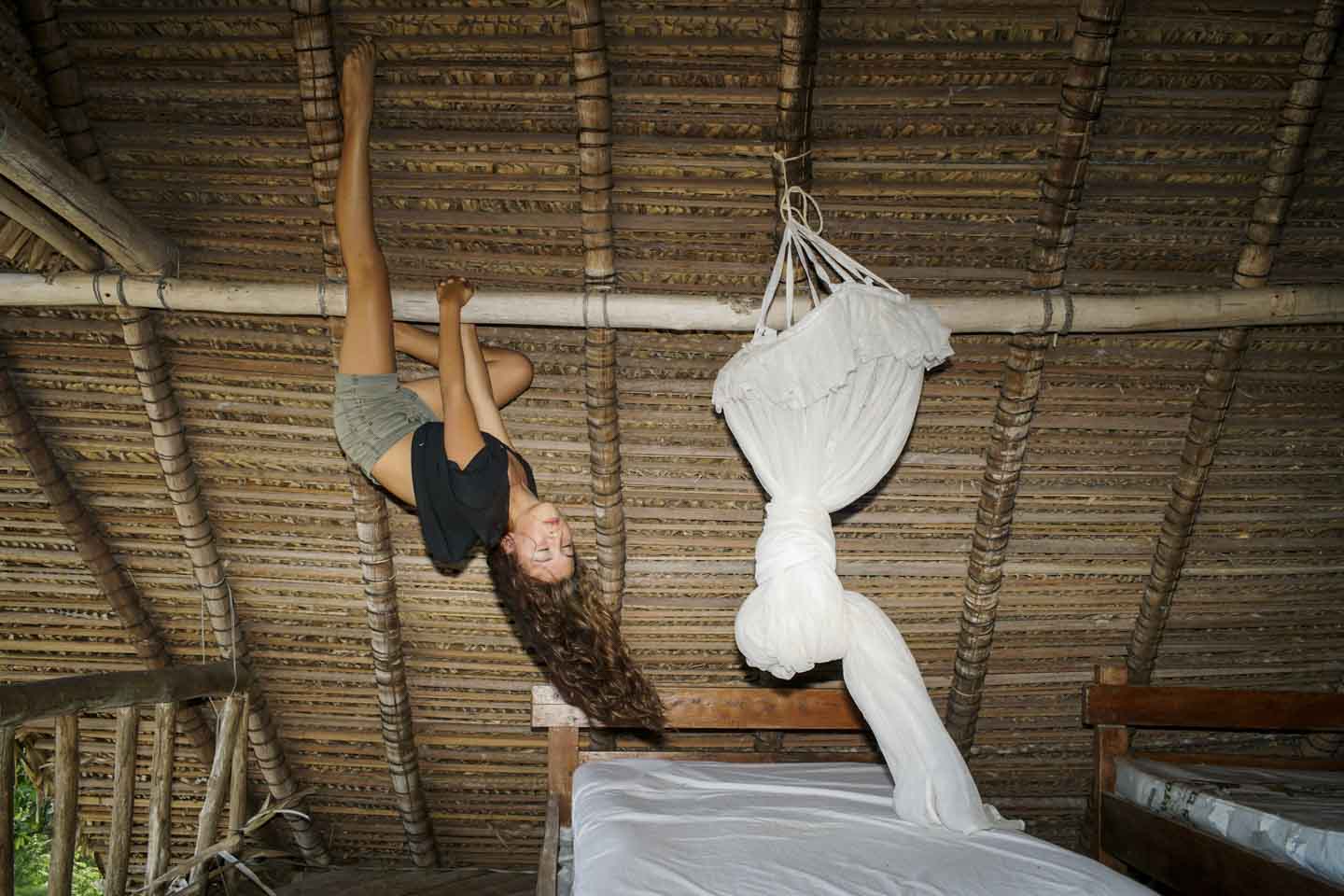 “Since my body is locked up, I was jealous of my soul that was walking around, without a mask, without any of those limitations that we have. It was flying around in my imagination, in my feelings, in my existential doubts, so I locked my soul in a little glass box, dissected it and hung it up in the room.” —Sarai

I was fed up in Yopal, the capital of Colombia’s Casanare department, trapped in a city without any of the things that make city life worth living, marking the days of a lockdown that dragged on without end in sight. So I fled to Los Llanos, the verdant plains of eastern Colombia that make up the basin of the great Orinoco river. I fled to where Sarai was living with her mother, where I could escape my cramped apartment and experience open spaces once again. 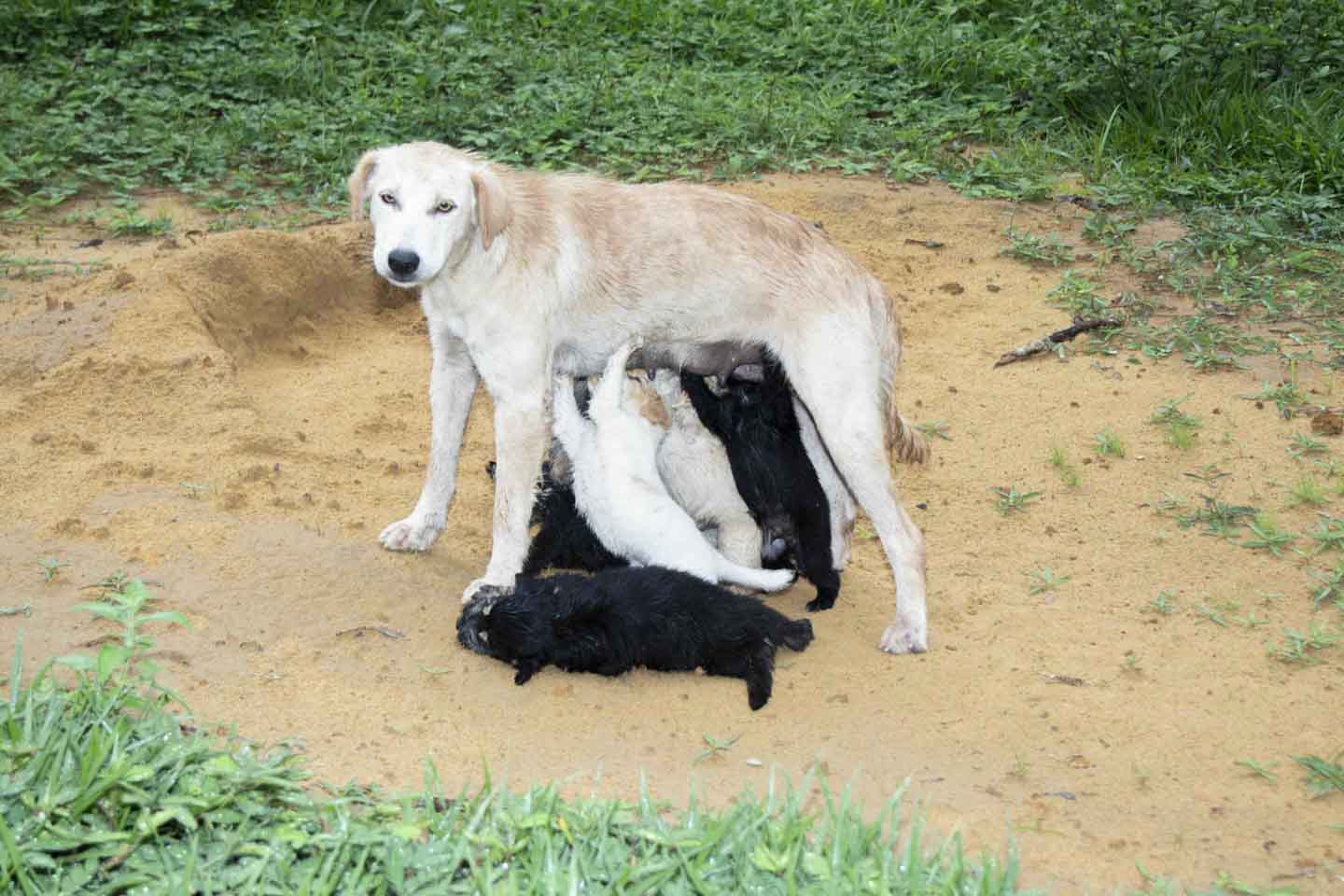 “Cocaine is a little dog with eight or more little dogs, puppies that cause her complete misfortune, that cause her tired look. She observes the world and realizes that the only thing she has, even if it causes her misfortune, are these flea-bitten dogs. And it’s not that dogs make mom suffer just because she’s the mom, no! Those dogs are also the cause of our misfortune; I say ‘our’ because every time we sat down for a meal, those dogs, like ticks, would get between our feet and start playing with them, so intensely that it seems that they want to absorb your soul, as they did with their mother.” —Sarai 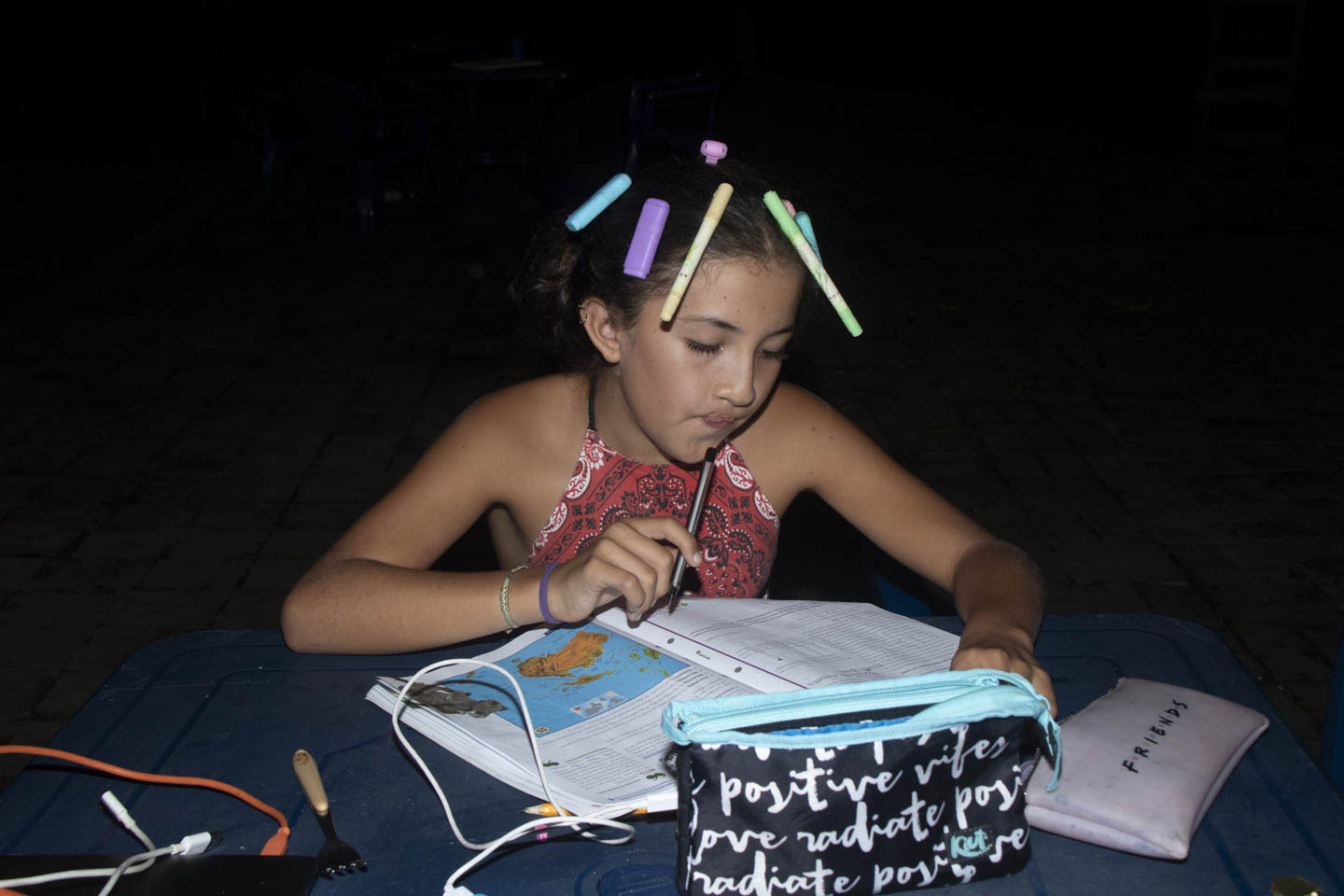 “Home school, an eternal video conference, now instead of throwing papers at the teacher I throw a virus.” —Sarai

I have known Sarai since she was born 12 years ago—her mother, Francisca, is my closest friend and my work partner. Francisca and I were already working on our first project together when she became pregnant. She was very excited, loved her partner, and wanted to have a baby. But when she was five months pregnant, she broke off her relationship in a very painful way and discovered that Sarai, still in her belly, had a cleft lip and palate problems. We decided, despite the pain and uncertainty Francisca was facing, that we had to forge ahead with our project. When Sarai was born, we took her with us: Riding on horseback, on rickety boats, Sarai was our research partner, our colleague in our exploration of the women of the plains that would eventually become our book Silencios: Un llano de mujeres. These experiences brought very close. Francisca and Sarai became my sisters; we took care of each other and we still do. 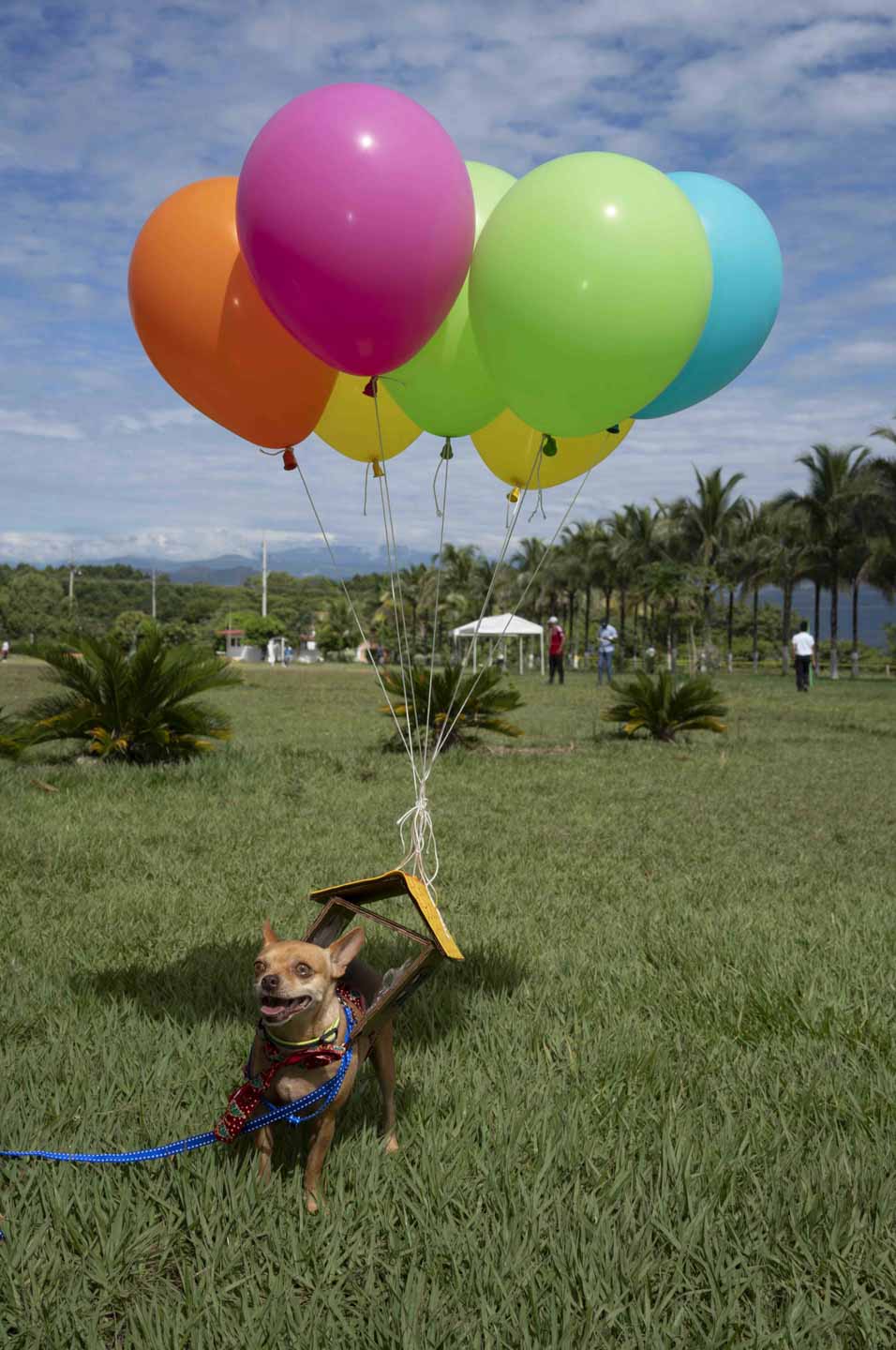 “In this photo, something important is missing from the dog’s costume: the owner, who is a child my age, standing with the attitude of being the winner of the pet festival contest at my school. This is the only photo that was not taken during the quarantine, it is a memory of when you could do all kinds of crazy things without limit, like dressing your dog as Up, the movie.” —Sarai

The day I arrived at Sarai’s ranch on the plains in May, we kept our distance, just like Francisca had advised. But by the next morning, we were already having coffee from the same pot and all the warnings to keep our distance vanished. It’s hard to keep apart when you’ve known each other for so long, and after months of being alone. These plains are wide open, and I felt my horizons expanding as I watched the clouds roll over the landscape. I immediately began a collaboration with Sarai, taking photos of her life and asking her for captions, experiencing her emotions and frustrations, seeing life through her eyes and this time of quarantine through the experience of a child who is far away from friends, school, her familiar routine. 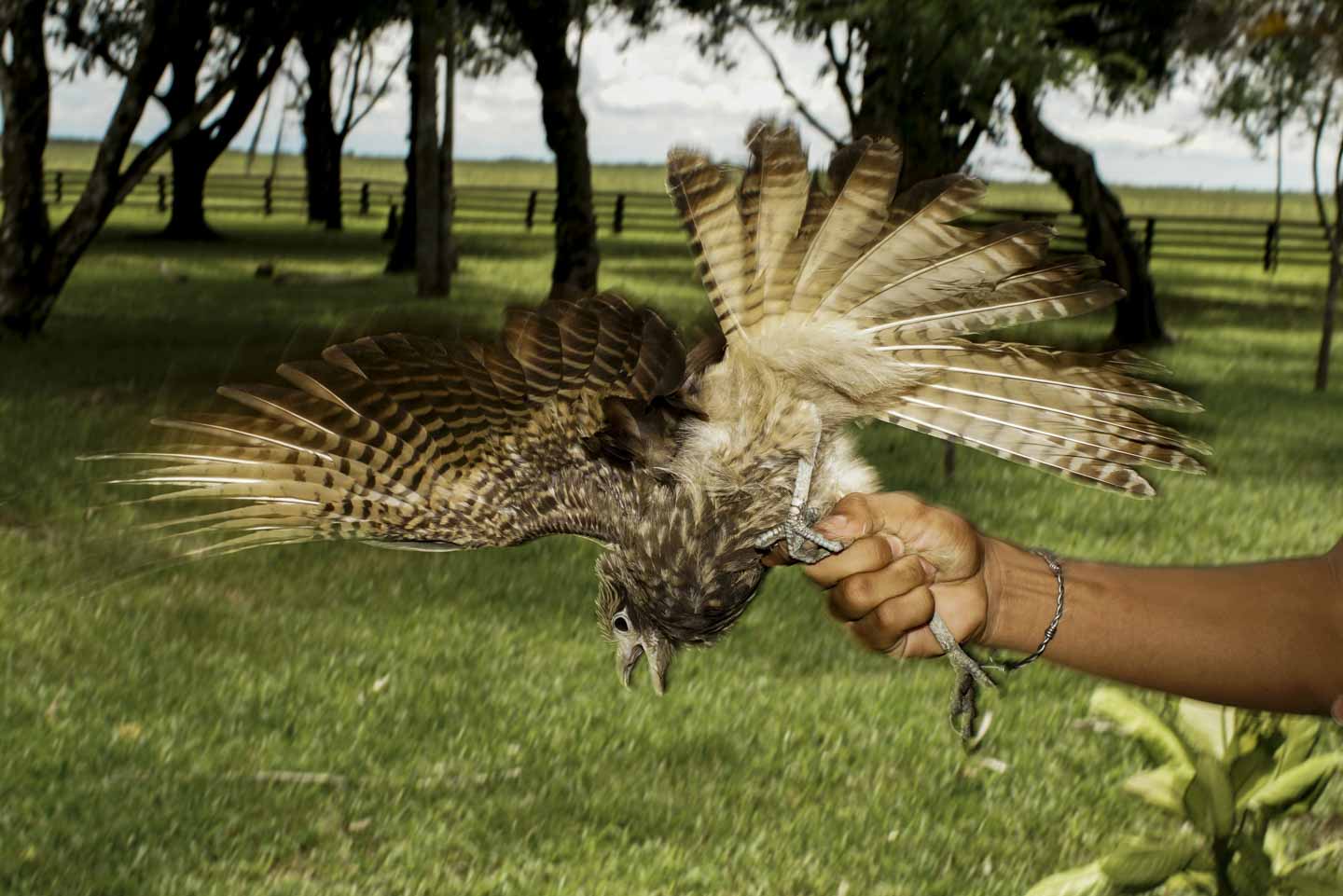 “A yellow-headed caracara bird flew into our room, where nobody can stand anyone anymore, not adults, children, or old people, we no longer have the attitude of ‘but I tolerate you.’ Fortunately we got him out and he went away from the confinement and from us.” —Sarai 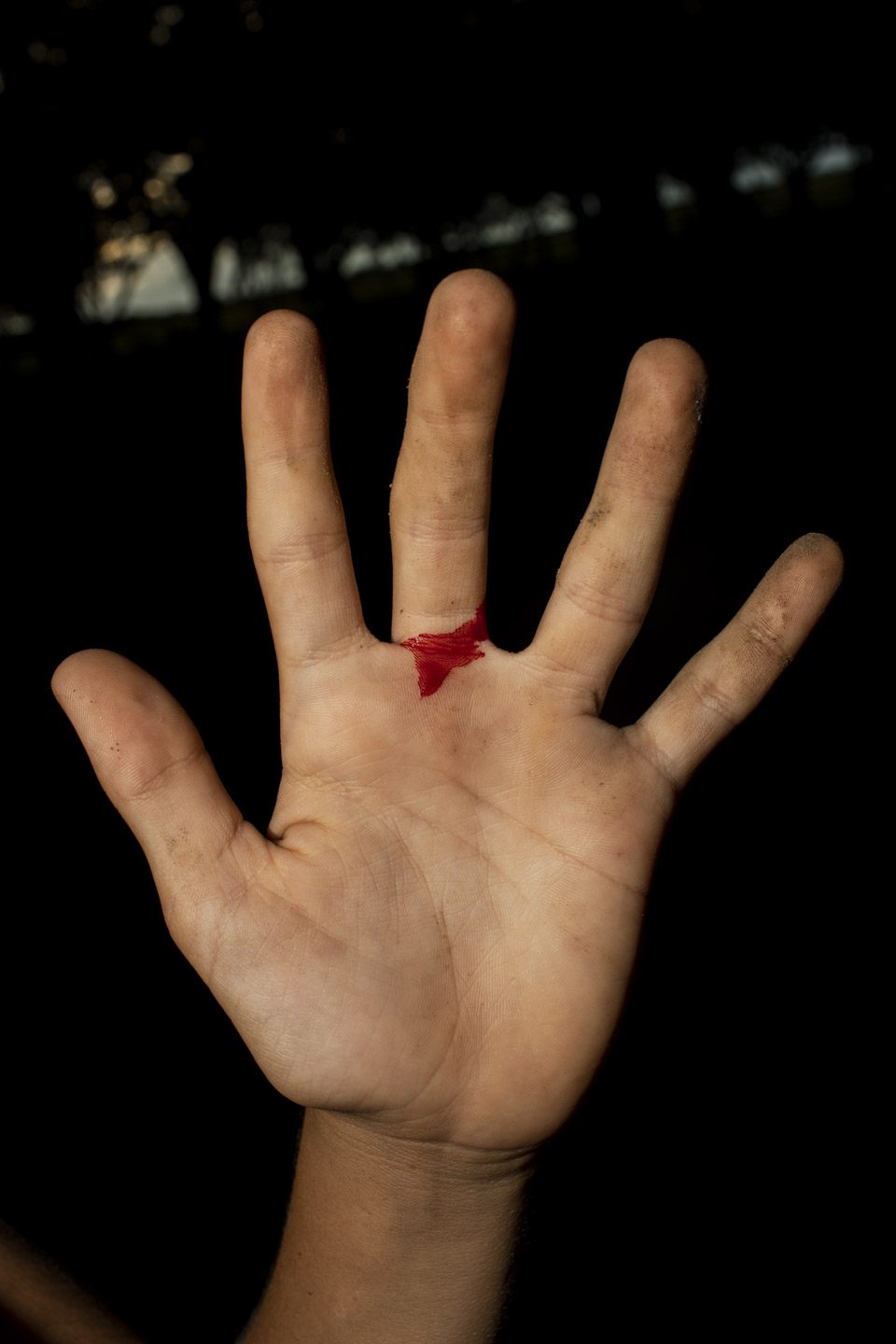 “My heart goes in an ambulance! When you are in the middle of solitude, love is going to throw you a red rope, you’re gonna start climbing it, and when you think you’re going to get out the red rope breaks and drops you.” —Sarai 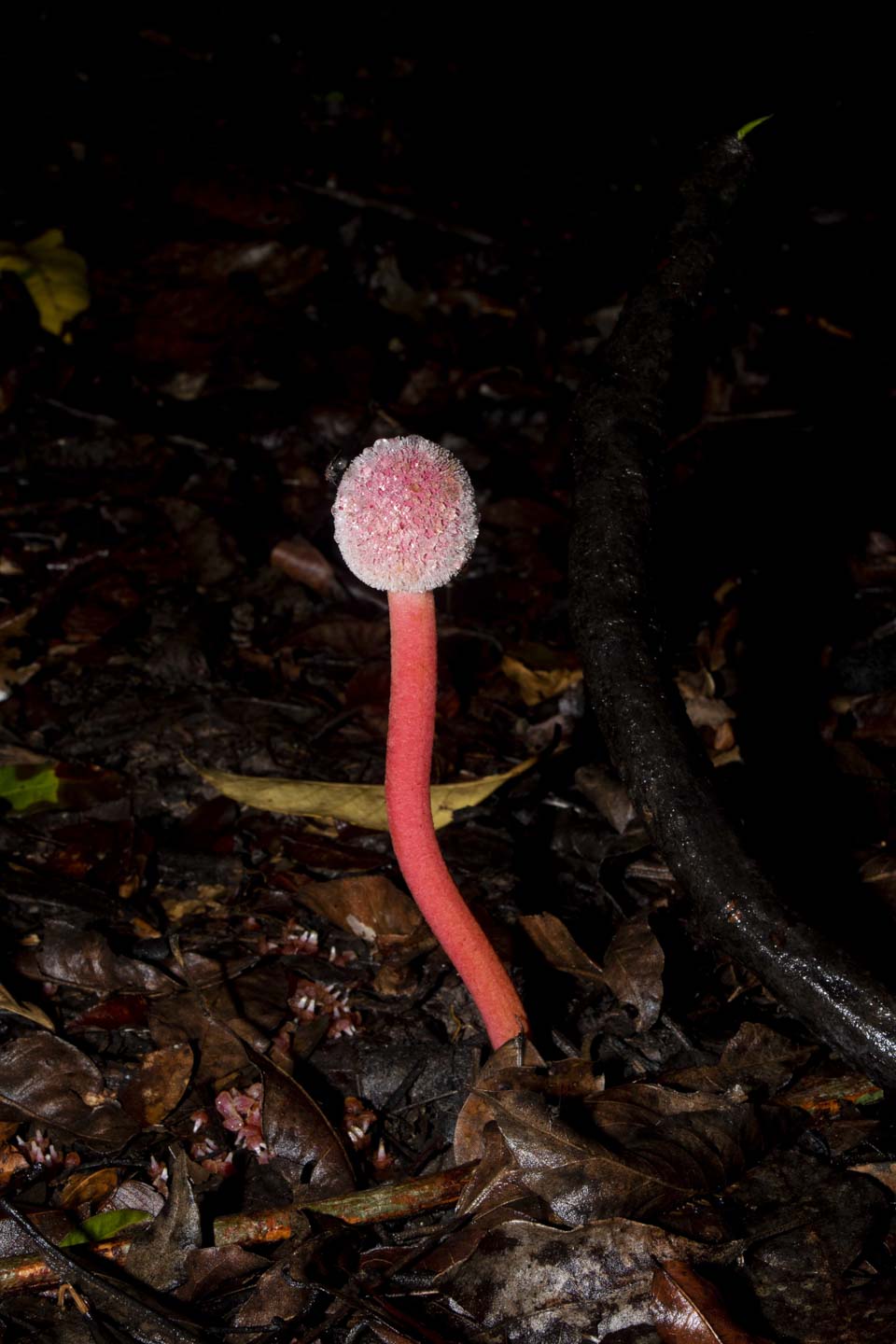 “To be forgotten, like a simple feather blown away by the wind, a shadow, a message removed…” —Sarai 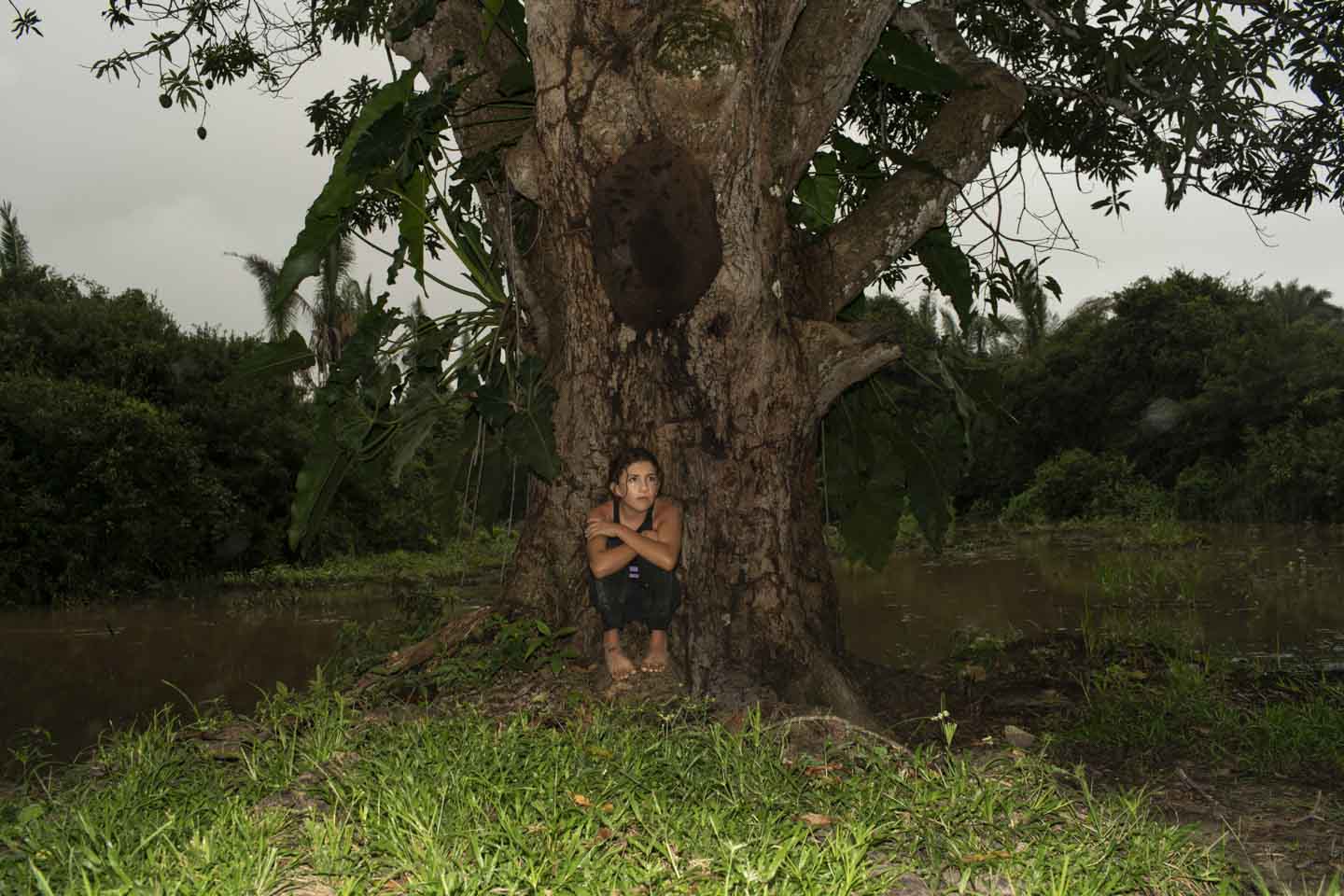 “‘Tolerance’ got Coronavirus, it got weak, it got down. ‘Intolerance’ doesn’t discriminate against anyone.” —Sarai 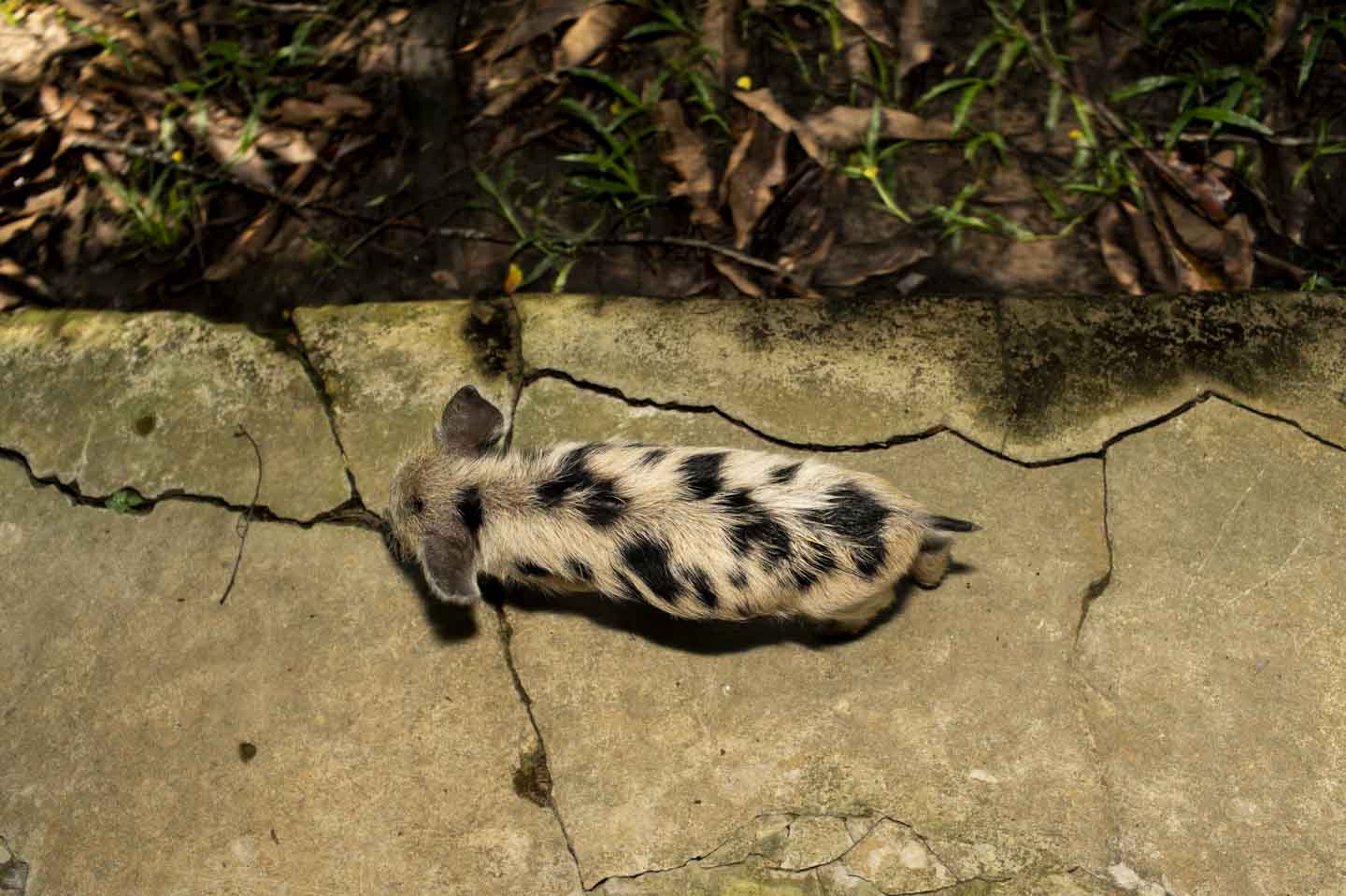 “A new piglet. The name’s a little bit undecided..… We’ve given it the names Confetti, Tobacco, Domino, Pistachio, and many others. This little piggy wasn’t the first.… Before him we had a pig (I say pig because she was not worthy of a diminutive) called Pestañina, not very tame, very wild, and pure animal rage. That sow ran away for her freedom, and honestly for ours too. In my soul there was guilt for having let her go, but I realized that for a wild sow it’s not easy to deal with children, and for some children it’s difficult to deal with such a monster. Well, then we got another little piggy (now he’s worthy of the name), he is meek, small, and looks insignificant when he goes into the grass (which is like a jungle to him) looking for mangoes.” —Sarai 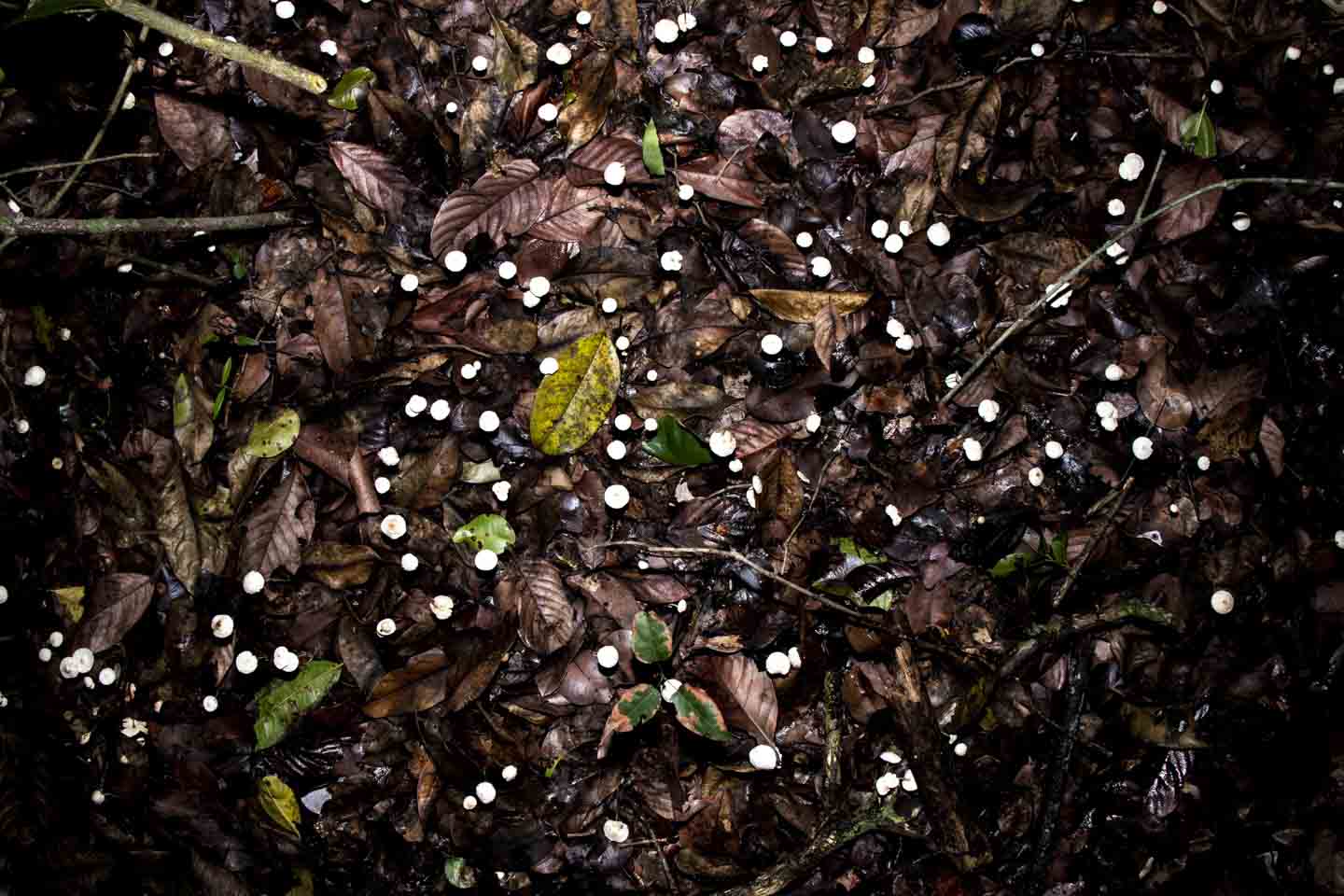 “I’m so bored, I count my blinks, I count all the little grains of salt.” —Sarai

When Sarai was 7 years old, she wrote to me: “Tell me, as I have little childhood and you have much childhood!” This work, then, is a conversation between different childhoods, with me telling the stories I can while dropping the barriers I have put between me and the world in adulthood, trying to see things more spontaneously and with greater emotion. It is my attempt to capture the the day-to-day parade of passions, fears, loves, animals, plants, the confinement and the wide expanse of the landscape. 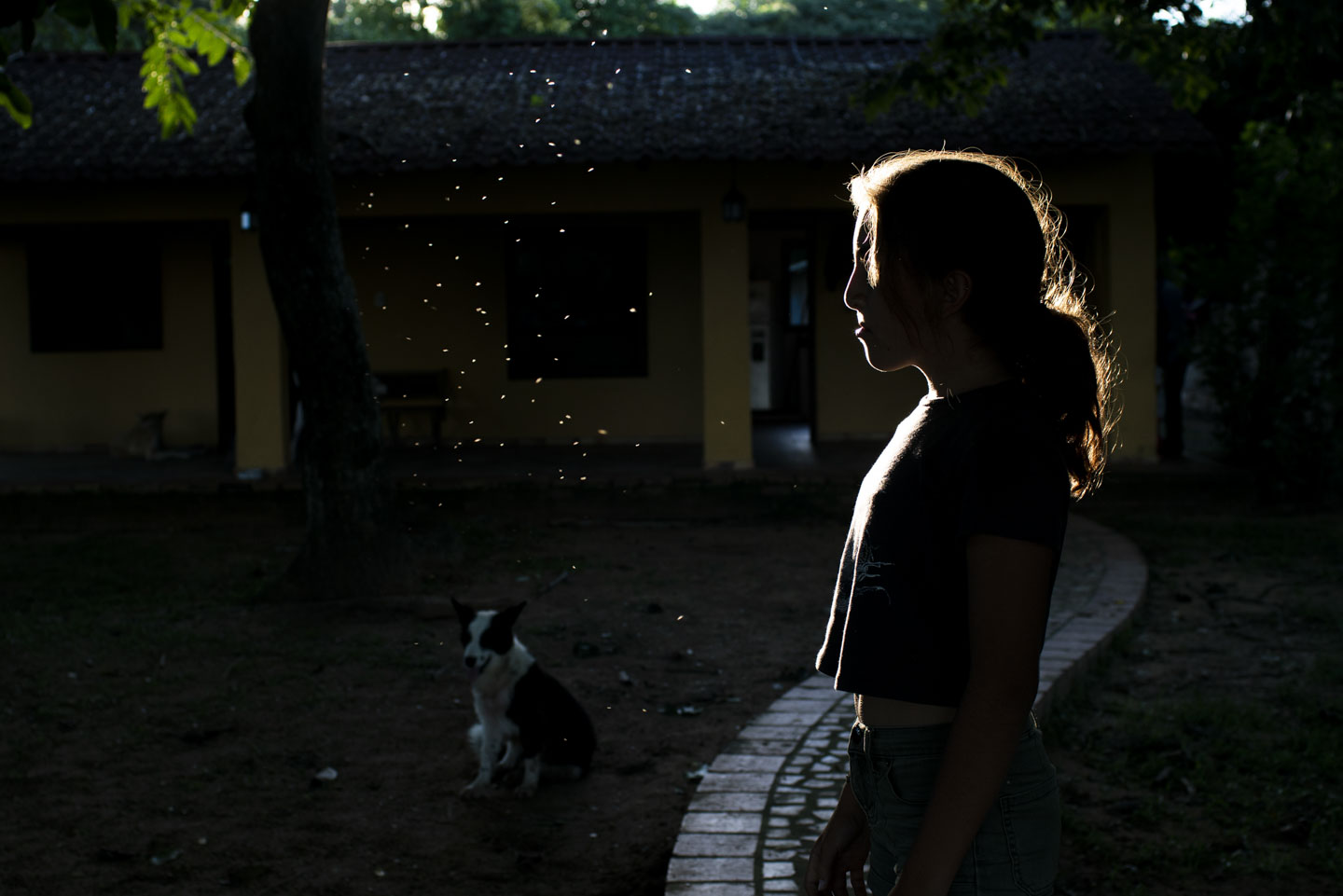 “Love is the land of the imagination.” —Sarai

This is the rainy season on the plains, and mangoes are falling from the trees. Sarai and I continue to work together to make sense of this time of danger and confinement, but also connection and possibility.