Whitedate.net looks innocuous at first: Its home page could be cribbed from Ashley Madison, or FarmersOnly, or any number of niche dating sites. A stock-photo, glossy-lipped blonde smiles into her beau’s suited shoulder, lowering her lashes demurely; a slogan reads, “We know where we come from, where we belong, and wish to share the feeling with like-minded partners.” Beside a pink and purple heart, the words “for European Singles” hint at WhiteDate’s purpose: to connect white supremacists seeking to preserve the future of the white race through love and procreative nookie.1

Adapted from Culture Warlords: My Journey Into the Dark Web of White Supremacy by Talia Lavin. Copyright © 2020. Available from Hachette Books, an imprint of Hachette Book Group, Inc.

The landing page, adorned with stylish white couples, coyly advertises its commitment to an anachronistic, ossified view of gender: “We follow classic roles where strong men take the lead and graceful women play the game. Wisely.”2

As a mouthy, Jewish, anti-racist feminist with a Twitter account, I’ve experienced the violent rhetoric employed by white supremacists. But the counterpoint to the degradation of women deemed to be sexually wanton and traitorous to their race is a veneration of the pure, submissive white wife—a hyper-Aryan, time-hopping combination of 1859 and 1950. I had seen the harassment firsthand, but the machinery of Aryan courtship was closed to me.3

The site was created in 2017 and cofounded by “Liv Heide,” who claims to be a woman from northern Germany living in Paris. In interviews on fascist-sympathetic YouTube channels, she does not appear on camera, but her voice is a feminine monotone with a heavy German accent. As she explained in the racist publication American Renaissance in 2019, she wants to encourage “woke white people” to “look at humans as animal breeders look at animals.”5

But the site has a profound shortage of women. WhiteDate had an obliquely titled page called “Mini Flyer,” containing an astonishing strategy for attracting more women. “Men are vanguards and it is reflected in the ratio between men and women on WhiteDate,” the page begins. “So gentlemen, don’t be shy and invite white ladies in real life who display trad potential.” (“Trad” is short for “traditional”—i.e., someone willing to hew to the antiquated gender roles beloved of white supremacists.) Users are encouraged to print out a mini-flyer that reads in full: “You look like one of us. Join us on WhiteDate.NET. Our survival is as important as the survival of the Siberian Tiger.”6

The anonymous founders of the site even provide tips on how to show women the advertisement: “We have started to present this mini-flyer with a ‘Hi!’ and a smile, letting the ladies read and memorize it, then taking it back,” they write.7

Here was a network of white supremacists itching to open up to a sympathetic woman, if one ever breached their sausage party. What might they reveal for the chance to meet the white woman of their dreams?8

So Ashlynn was born.9

She was a figment of my imagination, everything a white supremacist could want, with the whitest name I could think of. I thought about “Ashley”—”Ashleigh”—”Ashlee”—but the “lynn” felt heavy with both consonants and promise. I closed my eyes and thought about the ideal mate of a male Fox News viewer, then twisted her 20 degrees to the right and plopped her into the Midwest. Blond, gun-toting, based on a farm-slash-compound just outside Anamosa, Iowa—she was a New Yorker’s idea of an Iowan, imbued with all the parochial narrow-mindedness of my own urban life.10

For her image, I found a social-media account belonging to a European hunting enthusiast with long, strawberry-blond hair. She wore camo, a girlish smile, and a long gun at her shoulder. She had photos of herself posed against forests and wheat fields, which were anonymous in the way fields are. I cropped the photos carefully to make sure they weren’t reverse-searchable on Google. Then I set out to seduce some bigots.11

On WhiteDate.net, there were thousands of men for the picking, and dozens of them sent messages to ashlynn1488. I’d crafted the username from well-known neo-Nazi symbology. Fourteen was for a white-supremacist credo called the “14 words,” composed by white-nationalist terrorist David Lane: “We must secure the existence of our people and a future for white children.” Eighty-eight stood for “Heil Hitler,” because H is the eighth letter of the alphabet.12 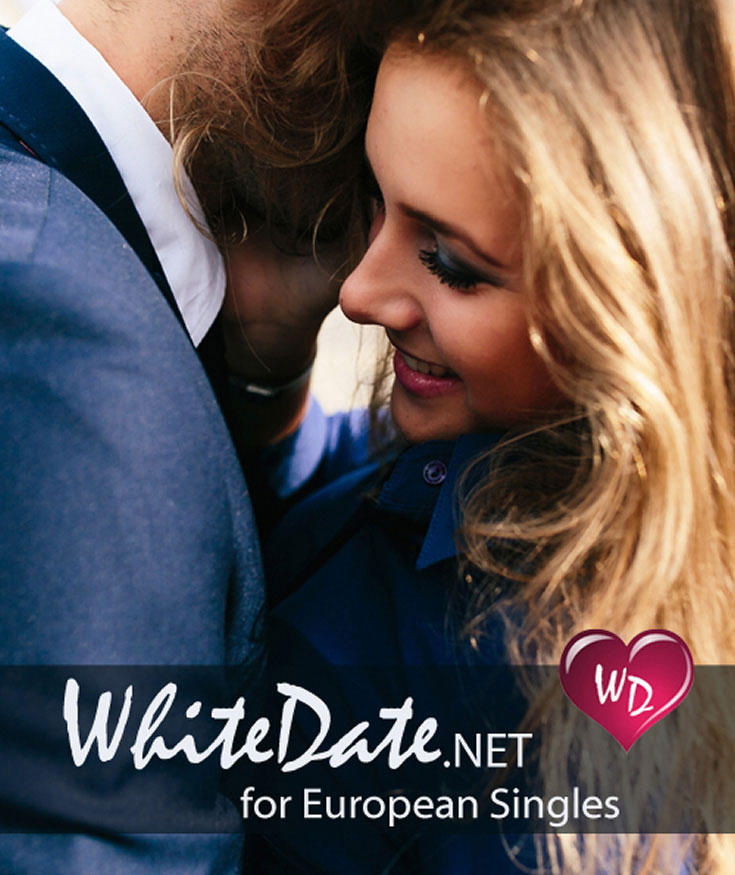 There are a few leaders in the white-supremacist movement who know how to talk to the press in order to amplify their movement—ones who might even talk to me. Those men, like Richard Spencer—dubbed the “dapper white nationalist,” who burst onto the media scene in 2016—know how to spin credulous reporters into printing their claims about wanting a “peaceful ethnostate.” Spokespeople pick their words carefully, and I couldn’t help but feel that these smooth talkers had obscured the violence at the heart of white-supremacist organizations. I wanted to hear from the ordinary men drawn to a whites-only dating site—who would never, ever encounter someone like me without subterfuge.13

Their approaches were rarely overtly sexual. Users seemed to be seeking a white woman to put on a pedestal, though they also wanted to own “their woman.” (“Rather than spending hours in a car chasing a paycheck, my woman would rather be with me,” explained one man in his profile.)14

“GeneticMessiah,” who admitted that he was “a little overweight but working on losing it,” wrote to Ashlynn, “I wish you the best of luck finding a white husband to have kids with. What’s your favorite kind of gun?”15

The men came from across the country. One was even from the hippy-dippy college town of New Paltz, N.Y. The geographic variation of my paramours was a powerful argument against any notion that white supremacy is confined to red states; if anything, the New Yorkers and Californians, feeling themselves to be warriors of a valiant counterculture, were even more vociferous in their hatreds.16

Most of the avatars on WhiteDate were simply photos of white men. White men with beards or without; thin or muscular or fat; bespectacled or green-eyed or brown-eyed or blue-eyed. It was like selecting a swatch for a white wall: ivory, alabaster, eggshell, bone, porcelain.17

They were hiding in plain sight, these whiteness-loving men, working in warehouses and on farms, on army bases and construction sites; a large number were software developers. The variation in the jobs they claimed to have, likewise, argued against the idea that extremists are unemployed, or incompetent, or lurking in their mothers’ basements.18

Many of them cited YouTube personalities like Stefan Molyneux and Jean-François Gariépy as the forces that led them to join the white-supremacist movement; others mentioned divorces—so many divorced men—or the 2016 election. “We have been lied to about everything, from our origins to the people who fight for us today,” wrote “John,” a long-haired North Carolinian with a passion for blacksmithing. “Needless to say, my slide down the pipeline happened very fast.”19

Most euphemistically called themselves “red-pilled” or “race realists,” but one man wrote to me: “I also don’t mind getting called racist, because that is just some made up word by the false prophet MLK. To me, it just means that I think black people are annoying and I don’t want to be around them and if that makes me ‘racist’ then so be it.”20

Why Transphobia Is at the Heart of the White Power Movement

A Fart Joke Is Not a Pogrom

Crowdfunding Hate in the Name of Christ

“I used to work out and [sic] lot and am getting back into it; I love watching—mostly 80s—movies at home; I like socialising at the pub but mainly because I don’t have a family,” wrote one suitor, named “Marty.” “And by the way you became the most beautiful woman in the world when you said ‘kikes.’”22

That was me. The most beautiful, kike-deploring woman in the world.23

Here’s the truth that emerged for me: The worst people are still people; their humanity is impossible to disregard, but it does not absolve them. If anything, it makes their choices more abhorrent, surrounded, as they are, by the banality of a life indistinguishable from other lives. Even a self-described Nazi eats dinner. (“I eat only beef and eggs with bouts of pineapples from a can. But on dates, I expand that diet so as to not be ‘weird,’” explained “Karamazov,” candidly.)24

Eventually, I asked them to write love letters. Since they viewed themselves as romantics—heirs to a noble European heritage—I thought this would be a way to find out what they wanted. I asked them a simple question, tantalizingly phrased: “If you could write a love letter to your future white wife, what would it be like?”25

The results were like a car crash between Nicholas Sparks and Mein Kampf:26

I was really happy to hear back from you and to receive the photo that you sent. It’s real pretty. I will tell you that you have quite a nice figure to my liking. It also reminds me of where I lived in Iowa. It’s nice to see fields and trees and hills and things where everything is green. Out here we’ve just got basically desert and then the giant mountains scattered about.28

To answer your question, well I’d have to think about that. It’s kind of hard to imagine being married at last, I think it would be an incredible feeling to be finally married. Well, are you looking to get married? I think for me I am because well there is only so much dating to be done in life. It would just be nice to live with a great woman and see her every day. And especially one that is a race realist, because I want my wife to teach our kids to keep away from the darkies and to marry white people when they grow up, because that is the how [sic] we continue our way of life, and to teach them about the ethnostate that our people will someday create.29

When I look at the picture you sent I think to myself in my mind that I would like to just walk up to you and give you a big hug, and pick you up off the ground a bit and twirl you around. And I would like to see the look in your eyes and gaze upon your face and then I imagine kissing you right there in that field. Maybe we could go for a walk and just talk about life and things and really get to know each other quite well. That would be real nice I think.30

There are more, of course—love letters to the fertile white women of the world. These letters laid out how the fantasies about offspring, about birth rates, about racial continuity were embodied, for these men, in the wombs of white women. Their laudatory words of romance were inextricable from their desire for racial segregation and ethnic cleansing. They wanted an inferior partner, a submissive woman to love—and one who would keep their children from Marxists, Jews, and “darkies.” Their visions of love were tied to their hatred of the modern woman. Misogyny is a natural outcome of indoctrination into white supremacy, which sees women purely as vessels for breeding.31