There is a lot on the docket in this Supreme Court term that is cause for alarm: not only threats to Section 2 of the Voting Rights Act, the Indian Child Welfare Act affirmative action, Section 230 of the Communications Decency Act, and the Clean Water Act, but also the bizarre “independent state legislature theory.” With issues like these, it’s easy to overlook other matters before the court. But those cases matter just as much as the headliners do.

The Supreme Court will hear oral arguments in Reed v. Goertz on October 11. The question before the court sounds dry—it involves the statute of limitations for a lawsuit challenging a state’s post-conviction DNA testing. But the stakes are, quite literally, life or death.

Rodney Reed is a Black man who was sentenced to death in 1998 by an all-white jury for the abduction, rape, and murder of Stacey Stites, a 19-year-old white woman. Reed’s sperm was found inside Stites’s body—a key piece of evidence in the prosecutors’ case. Reed’s case received significant attention in 2019, when the Texas Court of Criminal Appeals stayed his execution indefinitely to review compelling evidence that Reed may have been wrongfully convicted, including information that Reed and Stites had a consensual sexual relationship. 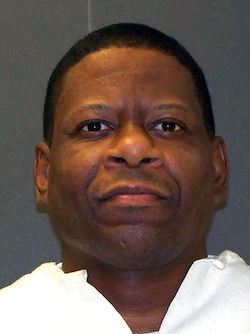 Rodney Reed was convicted and sentenced to death for the 1996 abduction, rape, and strangling of 19-year-old Stacy Stites. In 2019, the Texas Court of Criminal Appeals stayed his execution indefinitely to review compelling evidence that Reed may have been wrongfully convicted. (Texas Department of Criminal Justice via AP)

If that sounds confusing, it’s because it is. The Fifth Circuit’s decision would lead to duplicative cases, litigation delays, and confusion—all in order for the judicial system to dispose of cases like Reed’s as quickly as possible.

The Supreme Court should reject the Fifth Circuit’s position, if only based on a logical analysis of legal precedent and respect for federalism. But there is a real possibility that the court might not.

That is because the court has allowed defendants to bring these sorts of cases only to undercut them in recent years and make it more difficult for defendants to litigate their cases. In 2012, the Supreme Court concluded in Martinez v. Ryan that federal courts can hear claims of ineffective assistance of trial counsel if the person bringing the claims also had ineffective appellate counsel who did not raise those claims during state post-conviction review proceedings. And then earlier this year, in Shinn v. Ramirez, another case involving a defendant with a strong innocence claim, the justices decided that federal courts hearing those claims cannot hold evidentiary hearings or consider any evidence that the ineffective lawyer didn’t find, leaving people whose Sixth Amendment right to counsel was violated without any avenue to seek relief.

Permitting actual innocence challenges and then gutting their substance is a neat trick. Courts create the illusion that fairness and accuracy matter while they make it harder to challenge wrongful convictions. This is because courts, and especially the Supreme Court, are far more interested in keeping convictions final rather than making sure they’re fair, even if an innocent person remains behind bars or is put to death.

The late Justice Antonin Scalia asserted in Herrera v. Collins that there was “no basis in text, tradition, or even in contemporary practice (if that were enough) for finding in the Constitution a right to demand judicial consideration of newly discovered evidence of innocence brought forward after conviction.” At the time, his position was an outlier. But Shinn v. Ramirez suggests that this perspective is gaining support among judges and some advocates. As long as states go through the required procedures, however flawed, a majority of the Supreme Court seems to be willing to sign off on doubtful convictions.

This preference for keeping convictions final is especially disturbing because wrongful convictions—like so many other aspects of criminal procedure—have a disproportionate racial impact. A September report by the National Registry of Exonerations found that Black people were seven times more likely to be wrongfully convicted than white people, a risk that increases if the murder victim was white.

It’s also true that while the Supreme Court has the last word on constitutional interpretation, it makes mistakes. Just ask Henry McCollum or Larry Youngblood. Post-conviction DNA testing could prove that Reed is innocent—denying that testing only speeds up his path to an execution with a questionable factual basis and even less basis in justice.

In light of the prevalence of wrongful convictions, it’s hard to justify the judiciary’s preference for keeping convictions in place at all costs unless courts are willing to deprive people of their constitutional rights and risk executing the innocent.