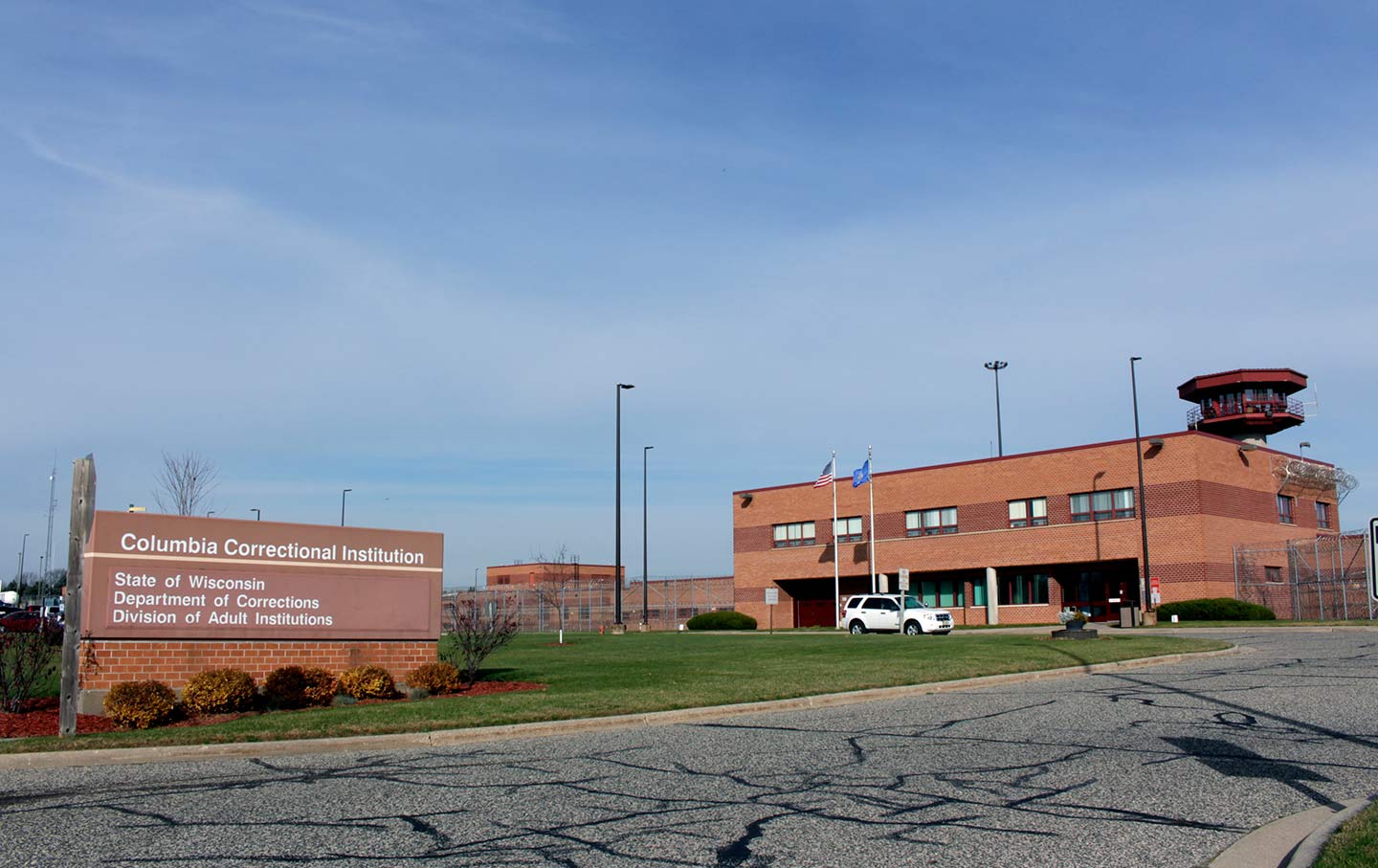 One year into the ongoing Covid-19 pandemic, everyone in the United States should be familiar with the Centers for Disease Control’s coronavirus guidelines: Wear a mask, stay six feet apart, avoid crowds. There remains, however, one setting in which these guidelines are disregarded by the authorities themselves: prisons. In Wisconsin, for example, nearly 20,000 prisoners are held in facilities where, as the Wisconsin Department of Corrections (DOC) admits, they cannot socially distance. Unsurprising, then, that the Wisconsin DOC reports that more than half of all prisoners in its custody have tested positive for Covid.

Now, a group of prisoners are accusing Wisconsin DOC administrators of deliberate indifference in their disregard of CDC guidelines. With a civil rights complaint recently filed in federal court, the prisoners hope to properly protect themselves and their fellow inmates from the pandemic by prioritizing their vaccination.

The civil rights complaint, Quiles et al v. Champagne et al [sic], was filed “pro se,” or by the prisoners themselves, with the Eastern District Court of Wisconsin in late December. All of the plaintiffs are inmates at Thompson Correctional Center, a minimum-security facility east of Madison. The Wisconsin DOC states that the facility was built to house 125 inmates, and as of this month it currently houses 110. According to their complaint [PDF], Warden Quala Champagne and other administrators with the Wisconsin Department of Corrections displayed “deliberate indifference…when, contrary to established Centers for Disease Control guidelines, they housed multiple inmates in the same room with beds less than six feet apart, overcrowded inmates in ‘quarantine’ cells, and have allowed quarantined inmates in the general population and common areas without enforcing health and safety protocols.”

According to the official Wisconsin DOC figures, Thompson Correctional Center has been the site of 35 Covid-19 infections—that is, more than a quarter of the population has been infected—and zero deaths. But prisoners contest these figures, attributing them to systematic undercounting throughout all state prisons. For its part, the Wisconsin DOC categorically denies any undercounting.

“We have conducted mass testing with the Wisconsin National Guard at all DOC institutions,” says John Beard, director of communications at the Wisconsin Department of Corrections. “Plus, we test everyone at intake. How often varies by institution. Facilities could be tested repeatedly in the weeks following an outbreak, some may be more closely monitored if there is a high level of Covid-19 activity in the surrounding community, etc.”

While the Wisconsin DOC did not provide details about the frequency of testing at Thompson Correctional Center, the publicly available statistics that it has published suggest that inmates there have been tested less than three times since March.

The plaintiffs in Quiles further allege that prison administrators knowingly and willfully flouted CDC pandemic guidelines by keeping inmates in cells without regard for social distancing, housing potentially infected inmates with the general population, and punishing anyone who complained. In response, they are asking for prisoners to be considered at high risk and therefore prioritized for Covid-19 vaccines. Currently, the Wisconsin Department of Health Services, which is managing vaccinations statewide, lists prisoners in the second group eligible for vaccination, beginning March 1.

“When it comes to vaccine eligibility, Wisconsin follows guidance provided by the Advisory Committee on Immunization Practices [ACIP] and the State Disaster Medical Advisory Committee,” says Elizabetth Goodsitt, a communications specialist with the Wisconsin Department of Health Services. “SDMAC is made up of a team of medical and public health experts and scientists from across the state, who take into account Wisconsin’s populations and demographics, and can fine-tune CDC recommendations to ensure Wisconsinites get their vaccine fairly and equitably.” 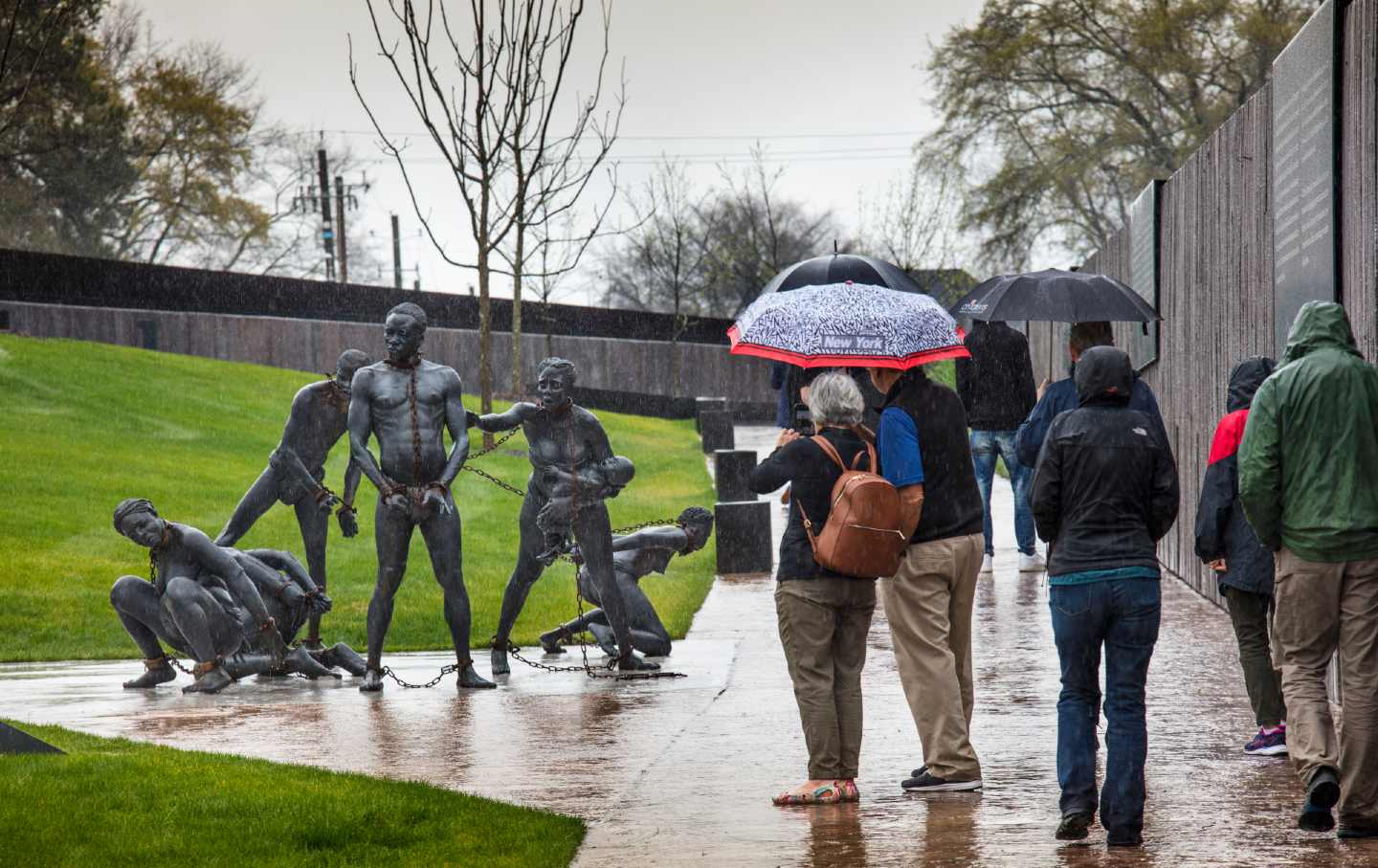 We Need a Racial Reckoning to Save Democracy

The ACIP, a branch of the CDC, offers no specific guidance on when prisoners should receive the Covid-19 vaccine, but a bill working its way through the Wisconsin Legislature threatens to push inmates even farther back in line. On February 16, state senators passed Senate Bill 8, directing the Wisconsin DHS “not to prioritize an incarcerated person for vaccination.” The bill is now with the State Assembly for consideration.

Late last month, the Senate Committee on Human Services, Children, and Family, to which SB8 was referred, requested comment from the Wisconsin DOC on the proposed legislation. In response, Wisconsin DOC Secretary Kevin A. Carr issued a statement [PDF] acknowledging the impossibility of following CDC guidelines at DOC facilities and advocated for the prioritization of prisoners:

Many DOC facilities were designed for congregate or dormitory-style living, some even housing two people to a cell. This design makes it extremely difficult to practice social distancing and manage a highly-contagious virus. As such, persons in our care face an increased risk of infection compared to the general public.… the vaccination process will reduce overall risk, not only [to] the people in our care, but the communities across our state where our staff reside and reentering individuals return.

Despite such challenges, prisoners across the United States await the results of lawsuits that could deliver desperately needed protection from Covid-19. The ACLU, which has been supporting Covid-related relief efforts for prisoners in Wisconsin and elsewhere, has already won cases in Washington, D.C., Connecticut, and Pennsylvania providing for medical attention, cleaning supplies, early release, and other protections, and continues pursuing suits in North Carolina, Georgia, Virginia, and other states.

In Wisconsin, Quiles points out that Wisconsin Governor Tony Evers, who won on a platform that included criminal justice reform, is able to simultaneously spare inmates from the risk of infection and reduce overcrowding through pardons, commutation of sentences, executive orders, and other powers of office—a call that the ACLU of Wisconsin has echoed. Quiles hopes that where other petitions have failed, a federal lawsuit might succeed, moving the governor and the warden to release inmates to probation or parole within their own communities, outside of prison walls. Failing that, vaccination is their only hope.

“Prisoners’ being vaccinated immediately and without further delay is paramount,” says Quiles. “No prisoner within the Wisconsin DOC was sentenced to death, and any death caused by the inadequate response by Governor Evers and Ms. Champagne is directly attributable to these officials.”