This year, US troops taking holiday leave will be greeted upon their return with mandatory health testing—for illicit drugs. Covid-19 tests, on the other hand, must be paid for by service members out-of-pocket, despite thousands of military personnel having tested positive for the virus, according to Defense Department documents obtained by The Nation.

A memo from Army headquarters about holiday leave dated July 2020 reveals the stark difference between the military’s stringent drug testing policy and its pandemic guidelines. Although it does say service members will be briefed on coronavirus hot spots and instructed to use face masks and practice social distancing, it makes no reference to Covid-19 testing. Instead, the memo states:

Within 72 hours of return from HBL [holiday block leave], 100% of IET [Initial Early Training Units] Soldiers in training will be administered the urinalysis test. Results of urinalysis testing will be reported to USACIMT [US Army Center for Initial Military Training] POC [point of contact] as soon as results are received by the unit. The report will be broken out by component (Active Army, Army National Guard and Army Reserves). The report will also document what type substance [sic] the Soldier is tested positive for. Side template will be provided at the 24 Nov 20 VTC. Units are provided funds in ITRM for funding the 100 percent urinalysis.

Though the CDC has advised Americans to stay home for the holidays, the military is allowing holiday leave. And while the Army says it will have some “conditions based testing,” testing will not be universally mandatory, and there do not appear to be any plans to test soldiers departing for holiday leave.

A Police Bulletin Instructs Officers to Look for Explosives

The documents describe force protection plans and briefings about the pandemic so that service members “are armed with knowledge that will keep them safe,” but Covid tests aren’t cheap and the cost to service members could be onerous. This has led to personnel finding ways to circumvent their respective states’ pandemic testing requirements, sometimes even with the help of leadership, according to one Defense Department official. This poses a risk to the general public as well as to service members, 2,000 of whom have tested positive for Covid-19 at a single base since March.

“They [military leadership] are acutely aware of the facts of the matter and have grimly opted to accept the risk,” a military official told The Nation. “However, the risk they have accepted is not only to put their trainees and soldiers at risk, but to put people all across the country where these trainees and soldiers are traveling to at risk.”

The pandemic has hit the military as hard as anyone. An Army briefing marked “For Official Use Only” and obtained by The Nation states that since March 24 there have been 2,039 total cases of Covid-19 at a single base: Fort Sill in Oklahoma. A local outlet in Oklahoma reported that Fort Sill had already lost two people to the virus, though a base leader stressed that the number of active cases had decreased from several weeks ago.

While the military’s health care system says it covers Covid-19 “when medically necessary,” this does not include personal travel, which holiday leave is considered.

“This means that any COVID test required for HBL [holiday block leave] must be paid out-of-pocket, which has led to all manner of creative and deceptive attempts to work around the policy,” the military official said. “Leaders from my unit have openly advised soldiers who planned on traveling to states with travel restrictions to purchase flights to bordering states and to have family pick them up and bring them into the restricted state.”

Asked about the Army would require personnel to be tested for Covid-19 prior to traveling for holiday leave, an Army spokesperson replied via e-mail: “Screening procedures will be conducted prior to each individual leaving to ensure they are healthy. 100% screening and clinically indicated testing will be done at training centers when Soldiers and Cadre return from HBL.”

The spokesperson did not define what the “screening procedures” or “clinically indicated testing” meant, and said that “commanders will be implementing conditions-based testing policies.” When asked if the Army would pay for such tests, he referred me to the military’s TRICARE website, which says it isn’t covered “for personal travel to other states or countries.” 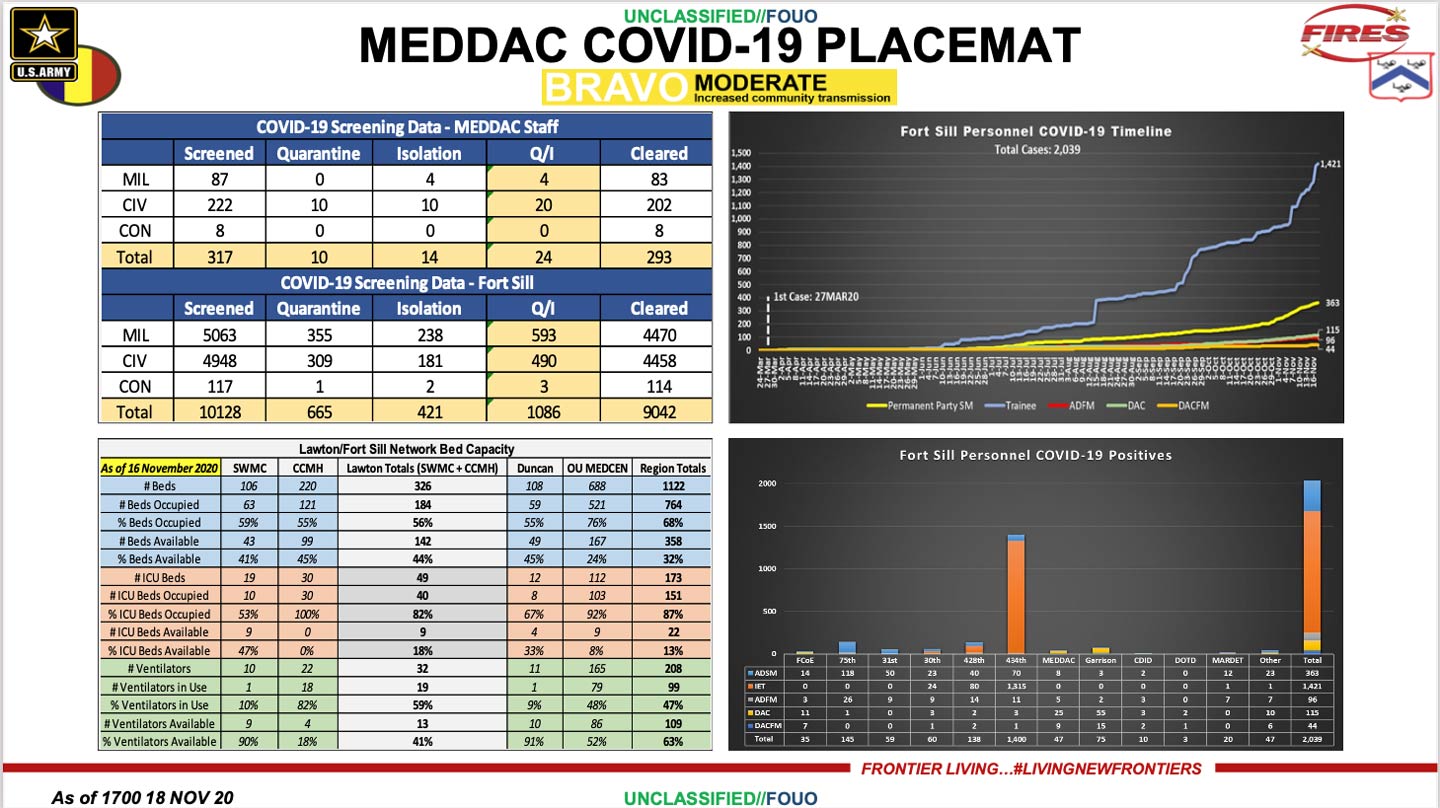