None of us is promised another day, hour, or even minute. Here on federal death row, that reality bears down on us harshly. But Christopher Vialva’s execution on September 24 weighs especially heavy on me.

Chris was the seventh prisoner on federal death row whom the administration executed since July, after a 17-year lapse in federal executions.

There are vast differences in my situation and Chris’s: I am fighting to prove my innocence, whereas Chris, in the end, told people his story in his own words, in this video: “I’m not making this plea as an innocent man, but I am a changed and redeemed man.”

Despite those differences, from the moment we met, I saw in Chris something I recognized in myself. Like Chris, I had been arrested at the age of 19 and sentenced to death at the age of 20. At the time of his conviction, Chris was still trying to figure out where he belonged, what he could do, and who he could be.

I had struggled similarly upon my arrival on death row only a few years prior. I had been taken from my family for something that I didn’t do; I harbored a lot of anger and resentment. One of the older guys cautioned me not to allow myself to turn into “the worst of the worst”—who society thought I was. He urged me to use every opportunity to do better, to be better. I taught myself law, worked on my writing skills and, with my family’s support, grew into a responsible man, all the while struggling to prove my innocence, battling depression, and later cancer. I tried to take every opportunity to become a better version of myself than the young, frustrated man who first walked through those doors.

I saw the way Chris asked questions and gravitated towards the guys who were a little older than he was, who had been in his shoes and who had gained some wisdom. I saw someone who was looking for a better way—a reason to be better.

One day, we were with a group of guys on the range, laughing and joking. The laughter came at the expense of other prisoners. I didn’t want to be part of that, and I could tell Chris felt uncomfortable as well. I took him aside. “Some people need people to laugh at, because it helps them to do their time. But we have to look at what we do and say, and ask ourselves if we can and should do better.” Whenever that dynamic repeated itself, Chris would just step back and reflect.

A lot of guys in here see asking for help as a sign of weakness. That wasn’t Chris. Chris asked me to explain many aspects of the law. He asked to borrow my books about all walks of life. Chris seemed to soak up knowledge and information, and used it to better himself. He taught himself Arabic, Hebrew, and how to play guitar. He practiced his new skills until they became second nature. And as Chris began to grow, I saw the joy it gave him to help others grow as well, and the reciprocal relationships he developed. He shared books with me and the other guys. He taught me Arabic, and I helped him learn French, so he could communicate with French pen pals. I helped him with his sketching, and he taught me his own unique style of drawing.

Chris helped both older and younger guys—anyone and everyone he could. He made us want to be better. I was already pushing myself, but the example Chris set made me want to work even harder. We held each other accountable by pointing out mistakes the other one was making. It was always about taking more steps forward than we took steps back.

In the video Chris made before his execution, he said, “I committed a great wrong when I was a lost kid and took two precious lives from this world…. every day I wish I could right this wrong.” Though Chris and I never spoke about the details of our cases, this desire he expressed to right his wrongs was so clear in his actions—clearer than any words could have been. Chris was eventually able to see himself, not how the jury who convicted him to death saw him, but as his higher self. The true self he had grown into.

The unit changed and as time passed, Chris and I only saw each other in passing. We spoke when we could, but it was infrequent, especially these last few years with my illness. Each time I returned from the hospital, though, I received a message from Chris, asking me how I was doing and letting me know that he was praying for me.

I saw Chris briefly the day before they took him. I was in the law library with Dustin Higgs—who is fighting to prove his innocence as I am. Chris told us that he loved us. We said that we loved him too. In a place like this, where trust and friendship is hard to find, we didn’t need a lot of words. We know each other. We’ve demonstrated that we have one another’s back.

And now, Chris is gone. Another close friend—Orlando Hall—is scheduled to be killed on November 19, despite the fact that Orlando was never indicted by a grand jury for a capital offense. And then, a few weeks back, as I was typing an appeal for my own case, the rattling of keys, chains, and a lot of movement let me know they were here. They had just taken another friend, Chris’s codefendant, Brandon Bernard, as well as Lisa Montgomery to the death-watch range. And despite DNA, other forensic evidence and an alibi that support my innocence claims, I could be next. 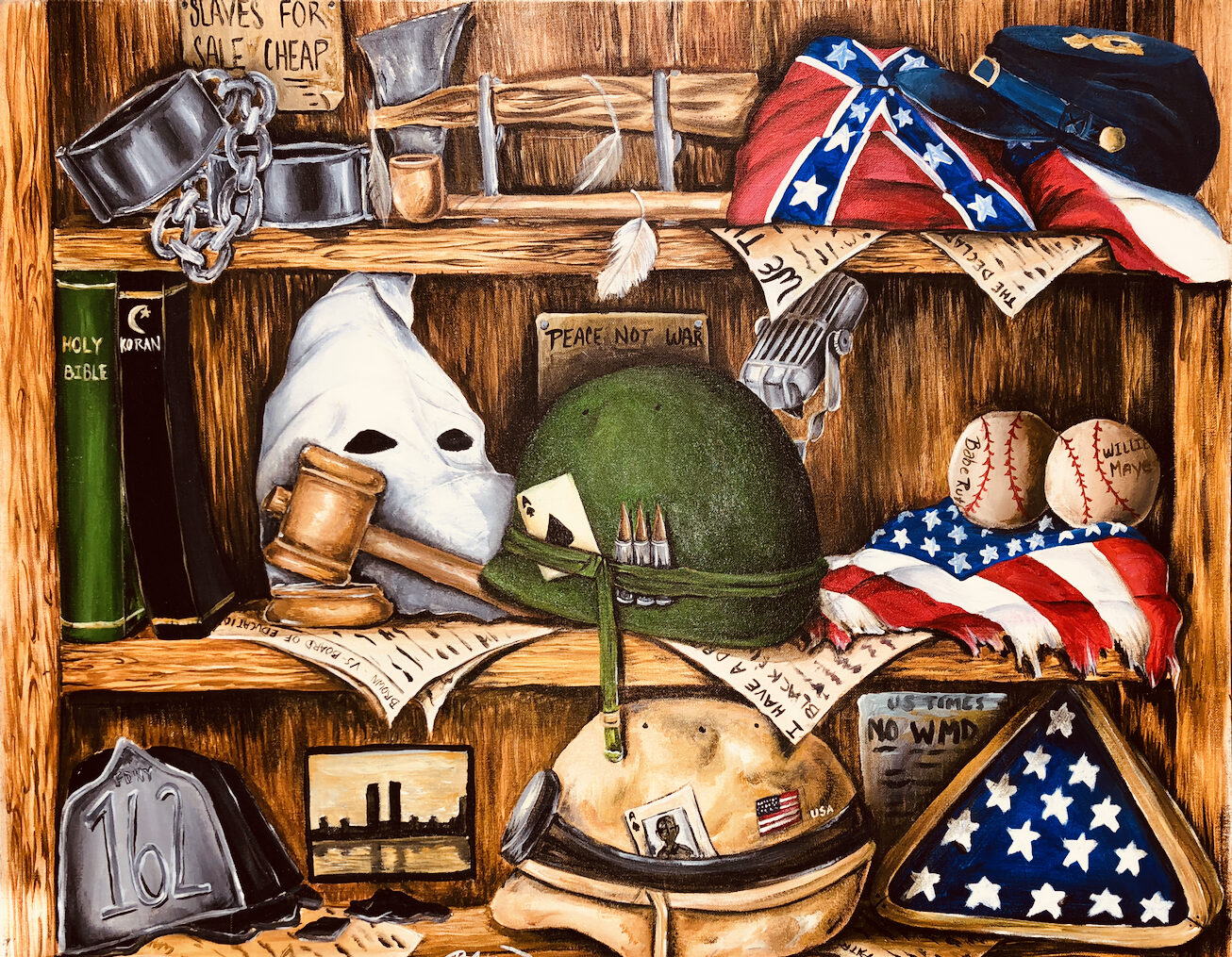 Each morning I wake up with a growing pit in my stomach, wondering if today will be the day they call my name, and I think about Chris. Doesn’t the transformation he underwent count? Does who we become matter in the eyes of the world? Does innocence?

I believe innocence does matter, and that redemption is always possible—and I have to hold onto hope that others in our country believe it does as well. It may be too late for Chris, but it’s not yet too late for Orlando, for Lisa, Brandon, for the other guys on the row, for me. We need parents, teachers, students, workers, lawyers, nurses, clergy, everybody and we need you urgently. We need you to raise your voices against the death penalty—whether implemented by states or the federal government—before we lose another Chris. Before they come for me.