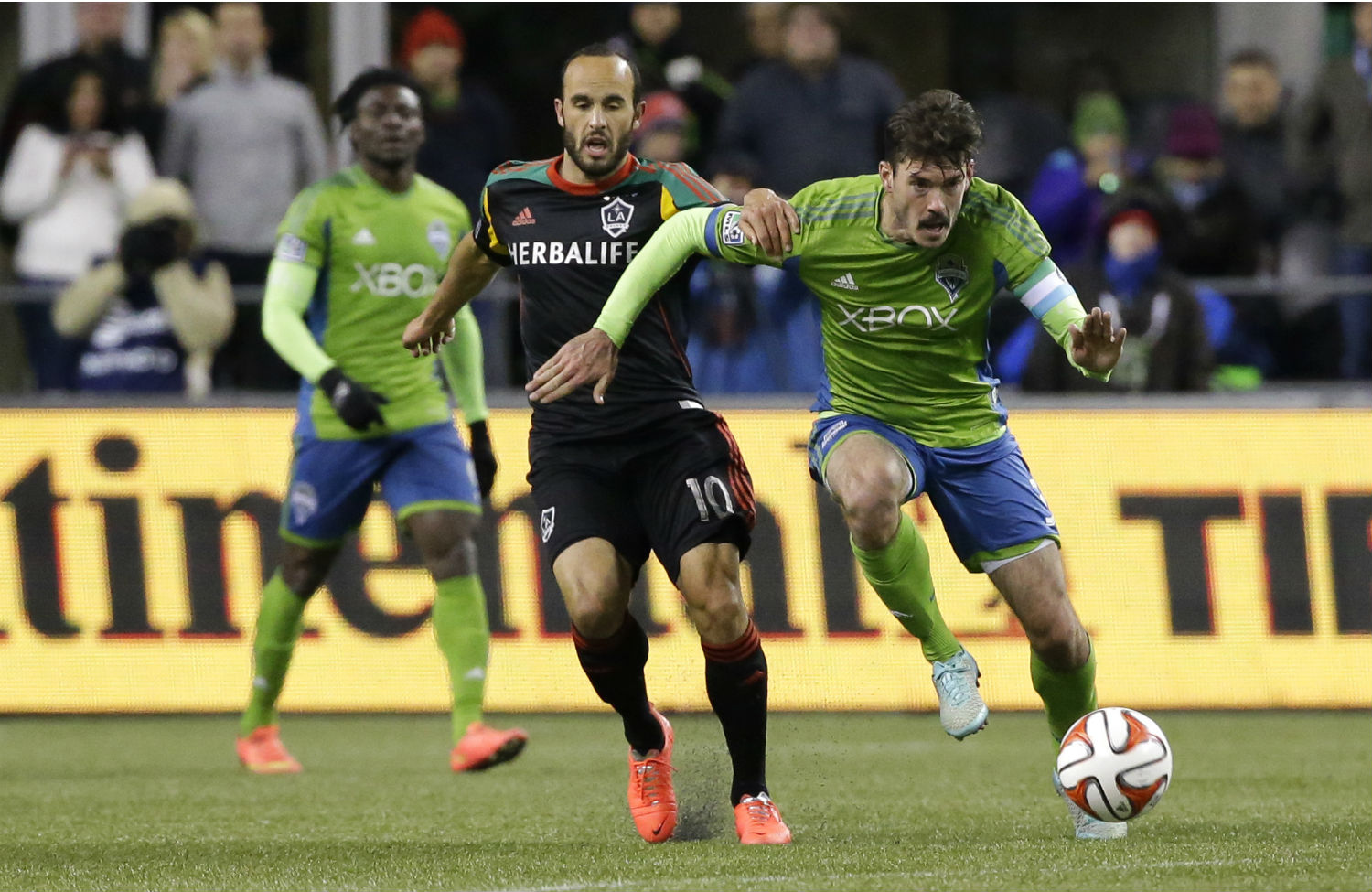 In just over one week, the Major League Soccer season is supposed to get underway and soccer to continue its ascent up the hierarchy of US sports. But a possible players’ strike in response to illogical, pigheaded and profoundly shortsighted greed on the part of MLS management could take these plans and send them to the showers. Without a collective bargaining agreement—since January—the MLS Players Union wants its demands met or its players will refuse to take the field. Steven Caldwell, a 34-year-old defenseman for Toronto FC who arrived in MLS in 2013 after a career in the English Premier League, said, “We are fully together.… I have never seen a more unified group of players considering the distances we cover and the amount of people our group entails. We are very unified and committed to what we are trying to achieve.”

What is it they are trying to achieve? Why are analysts saying a strike that could threaten the entire season is a distinct possibility?

I spoke with Anto Bianco, co-host of the Sirius XM soccer show Beyond the Pitch. He said, “It really comes down to a single phrase that is taken for granted in American sports: free agency. Each sport, whether it’s MLB, NFL, NBA or the NHL, has some form of free agency, and the sense one gets from MLS players is that they consider this a show stopper in terms of the current collective-bargaining process.”

We have so taken free agency for granted in other sports that there is no memory of what it looks like when a player is robbed of its liberties. In MLS, it means that even after a player’s contract has ended, the club still holds his rights. You are effectively club property. Free agency has certainly, as MLS owners fear, triggered dramatic salary hikes in the other sports leagues. But it has also been a factor in exponentially growing other major sports, adding to fan interest and excitement. Why would MLS owners be against it? As Bianco explains it, their logic makes little sense.

“The owners want to avoid it because they fear a loss of spending controls for a league that is still in a growing phase, but this stance to me opens up a couple of important questions. If the league is going to maintain a salary cap in future CBAs, doesn’t that very mechanism already serve as a counter-balance to those fears? The more significant issue to me arrives from Commissioner Don Garber’s own words. It’s his steadfast aspiration to see MLS become one of the best leagues in the world by 2022. If that is to be the case, I find it hard to believe that in seven years a league can attain that status given the globalized nature of the sport and a resistance to free agency. How do you acquire that talent when clubs in emerging markets in Asia, smaller European leagues and South American teams are already openly bidding for those very players?”

Former MLS Player and ESPN analyst Taylor Twellman echoed a portion of this analysis to the New York Post, saying, “This is the Curt Flood moment for this league. This is the conversation that has to be had if they want the league to be where they say they want it by 2022.” In other words, it is necessary for both the financial health of the players and any hopes the league has reach its lofty ambitions.

I also spoke to Grant Wahl, senior editor and longtime soccer scribe for Sports Illustrated. He said, “The league’s opposition to free agency only applies to players. The new general manager for the Seattle Sounders Garth Lagerwey was signed after his contract ended with Real Salt Lake.”

Seattle hired Lagerway on January 6, as the players union was in a negotiations hearing about how free agency was never going to happen. It is hard to see how “free agency for executives but not players” could be interpreted as anything other than a slap in the face.

But if the players are angry, resolute and organizing, there are also potential pitfalls in their path to victory. Wahl referred me to the recent signings of high-profile international talent such Frank Lampard, Kaka and David Villa, saying, “I talked to a team executive who said he expects some of the highly paid foreign players, especially those who arrived this year or last, to want their salaries and want their paychecks. That could be an issue that threatens unity on the players’ side. If you’re a highly paid foreign player who has just came over, you might not have a stake or interest in the long-term security of the rank-and-file American player. So that’s going to be a big test for the union.”

There are also concerns that the war chest of the players is not nearly what it is in the other major sports. As agent and NYU professor Ted Philipakos tweeted, with a chart, it currently hovers around a scant $6 million. As Philipakos wrote, “Unfortunately, a young union means a small strike fund.”

But the biggest concern for those who want to see the players victorious is that there is no sign of a contract campaign: a concerted effort by the MLS Union and players to reach out to both fans as well as other unions, explain their position and seek their solidarity. You go to the MLS Union website and would never know that an earthshaking strike could be imminent. Given the incredible amount of fan interaction in MLS strongholds such as Seattle and Portland, this seems like a terrible mistake. It is easy to imagine the Woody Guthrie–singing fan clubs of the Pacific Northwest, the Emerald City Supporters and Timbers Army, supporting the players with marches, rallies and a creative gusto that would make the MLS bosses itch to make a deal.

I spoke with Jules Boykoff, a Timbers season-ticket holder, former pro soccer player and journalist. He said, “In Portland, the Timbers Army supporters group has a vibrant independent streak. By no means are they mere pawns of the Timbers owners. And there’s a strong social-justice current that flows through Timbers Army as well. Supporting the labor rights of the players they adore is not some far-fetched notion. Such commitment and sophistication chimes with the remarkable tifos they’ve made recently in support of LGBT rights and against homophobia. The support of Timbers Army would send a strong message.”

It certainly would send a strong message. If only the union were asking its players to reach out and organize the fan clubs to speak on their behalf. The MLS Players Union seems to be counting on players’ anger, unity and the unassailable logic of their position to carry the day. We will see if that is enough. This is indeed, as Twellman said, the players’ “Curt Flood moment.” But remember that Curt Flood was drummed out of Major League Baseball, never able to enjoy the fruits of his sacrifice. Today’s players should not have to suffer the same fate.