Today, there is a hostile takeover underway in the field of psychedelic drugs. Since the early 1970s, when the Nixon administration kicked off its War on Drugs, substances like LSD and psilocybin have been on the list of highly restricted “Schedule One” drugs under the Controlled Substances Act. For the past 50 years, pioneering psychiatrists, scientists, and other researchers interested in the potential medical uses of psychedelics found themselves fighting an uphill battle to conduct studies and trials.

Those years of slow, persistent progress are finally bearing fruit—just in time for a horde of hustlers to sweep in, profiting from the pioneers’ work. Now, when studies have finally begun to prove the effectiveness of psychedelic therapies in treating depression and other disorders—and as localities across the US have begun to decriminalize the drugs—we see a swarm of eager startups and investors looking to cash in on the trend.

Thankfully, some of tireless (and often eccentric) advocates who have been fighting all this time to bring psychedelics into the realm of respectable research are still around. One of the most noteworthy is Amanda Feilding, countess of Wemyss and March, descended from two of Charles II’s illegitimate children (however that is possible). At nearly 80 years old, she lives in a 500-year-old Tudor mansion featuring three moats. Like the US, the UK outlawed psychedelics in the early 1970s, under the Misuse of Drugs Act. In the years since, at a time when few others wanted anything to do with psychedelics, Feilding supported research into their potential uses through her charity, the Beckley Foundation. 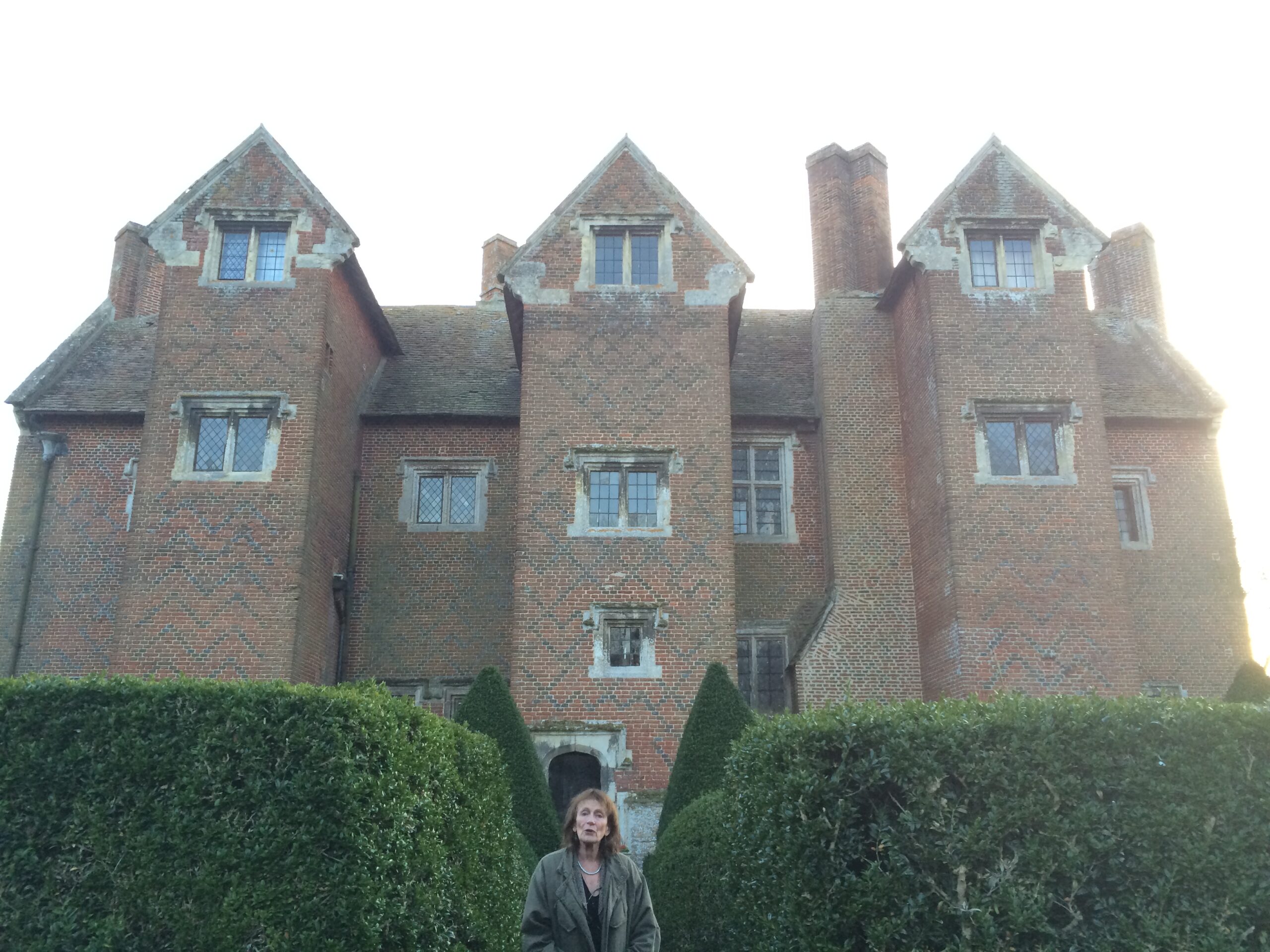 Amanda Feilding in front of her home. (Zoe Cormier)

The Brave New World of Legalized Psychedelics Is Already Here

“But nobody wants to give me any credit because I’m a woman, I’m an old, I’m an aristocrat, and I’ve got a hole in my head,” she complained to me in March 2015, when she invited me to stay overnight at her stately home.

You read that correctly: Feilding has a hole in her head. It lies just under her bangs, covered by a thin layer of skin. Poke it hard, and you can just about feel her brain.

How did she come to have a hole in her head? In 1966, Feilding was introduced to the ancient practice of trepanation—the strange phenomenon of boring holes into the skull that has cropped up in cultures across the globe, from China to Africa and Central America. For what purpose? Opening a direct channel to the gods? Or perhaps to relieve persistent migraines? Ancient ambitions probably varied.

Feilding’s motive for pursuing a trepanation was her belief that relieving the pressure of the skull would increase blood flow to the brain, allowing her to achieve a permanently enhanced state of consciousness. She was inspired by her lover at the time, Bart Huges, a Dutch librarian (kicked out of medical school for promoting LSD) who believed that when our ancestors moved from four legs to an upright posture, the ratio of fluids in the brain became imbalanced. Huges is best known as the first in the modern era to “self-trepan.”

Feilding, too, performed a self-trepanation. Unable to find a surgeon in London willing to perform the procedure, she did what any sensible person would: She did it to herself. With a dentist’s drill. On acid. Unfazed, she then wrapped her head in a colorful scarf and headed to a party. 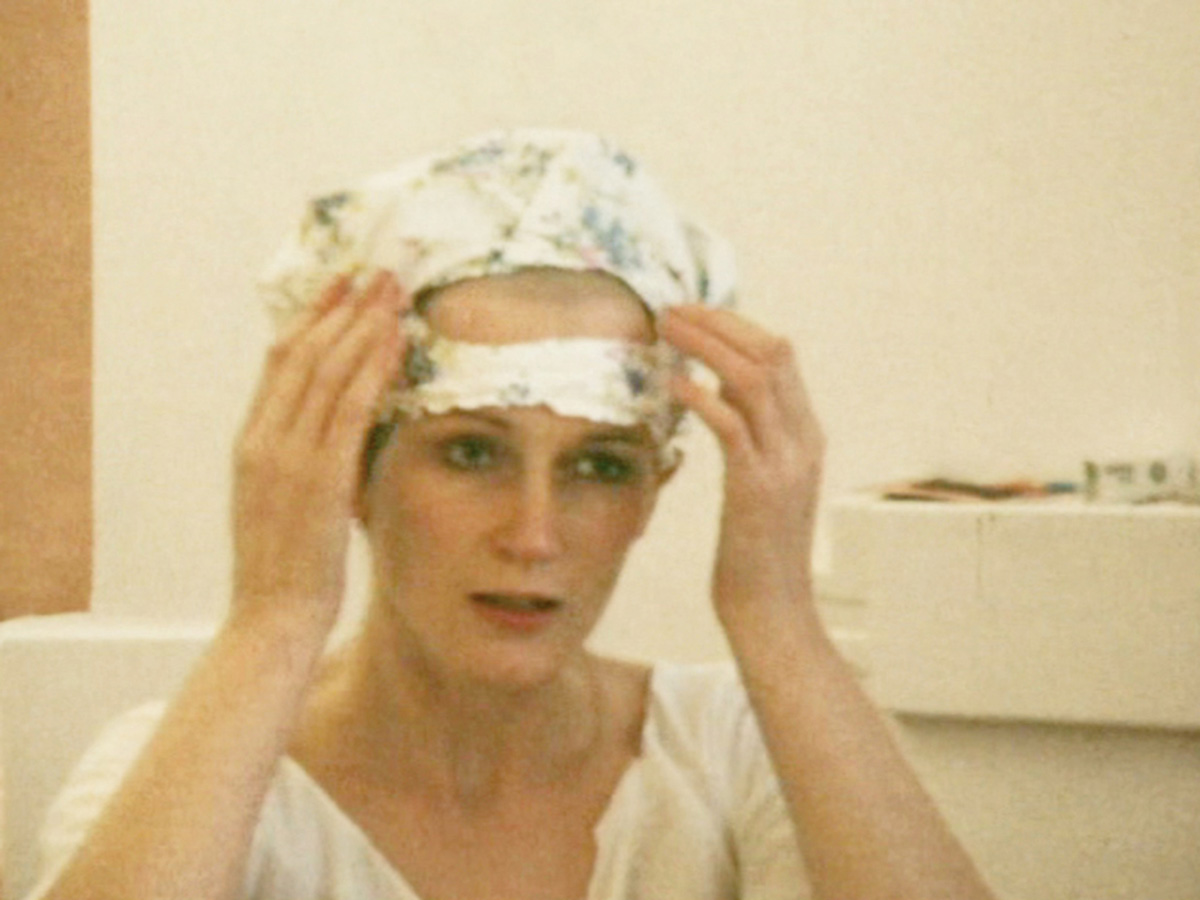 Still from Heartbeat in the Brain.

Years later, hoping for even greater benefits from a larger hole, she had a surgeon in Mexico expand it for her. The hole is now about the size of a penny. I know this because I have felt it. In fact, she asked if I would like to feel it as soon as I arrived at Beckley in 2015.

Effusive young millionaires hoping to cash in on the psychedelic boom might get more airtime with noisy press conferences about patent portfolios or stock market valuations, but none of those latecomers can match Feilding’s contributions to the field. Or her stories.

She showed me, for instance, the Victorian trepanation kit given to her as a gift by her husband. I was delighted to learn that Feilding had attended a party honoring the 100th birthday of Albert Hofmann, the Swiss chemist who first synthesized LSD in 1943 and remained a fan of the drug throughout his life. “He still twinkled like a star,” she recalled, “and flirted with all the girls.” 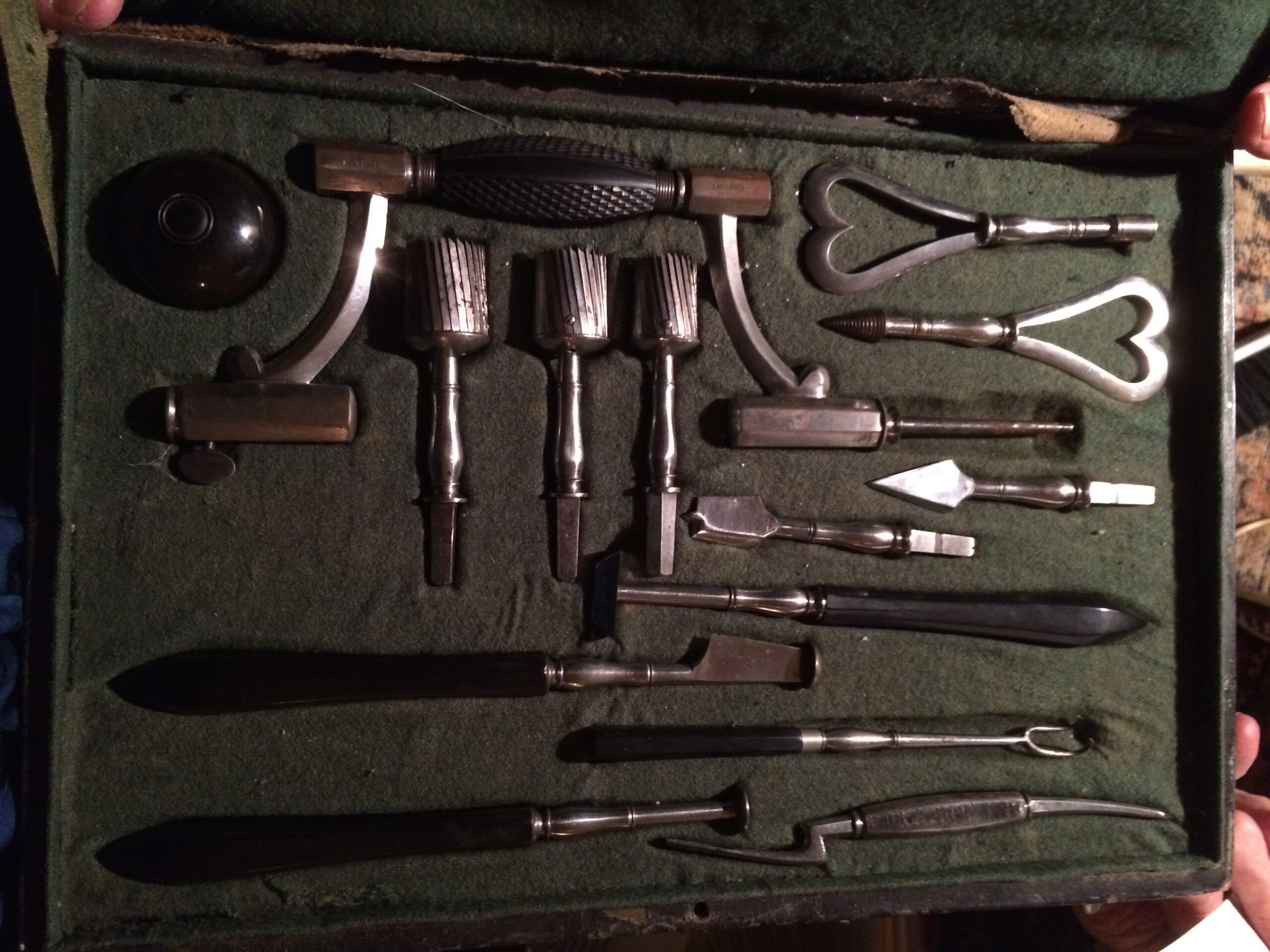 A set of trepanning equipment in Feilding’s home. (Zoe Cormier)

She regaled me with stories about “Birdie,” a pigeon who lived on her shoulder for 13 years. “The love of my life,” she said—and she meant it. I heard about the time Harvard psychologist and fellow psychedelic proselytizer Timothy Leary tried to assault her (no surprises there). And I got an earful about the power of LSD to reduce alcohol dependence. (“Amanda, we’ve just had two bottles of red wine each,” I replied.)

How the Drug War Dies

Breaking Off My Chemical Romance

“The Nation” on Drugs

It was a delightful evening. Upper-class folks, after all, pride themselves on being excellent hosts. If you ever get an invitation to have supper with a septuagenarian aristocrat with a hole in her head, my advice is to accept.

Besides, none of us can help where we come from. Nor do I judge the trepanation. In fact, it is one of humanity’s oldest surgical procedures, with a long history of safe use, believe it or not. A friend of mine with a swelling at the base of his brain is considering the procedure to reduce the pressure—and I don’t think it’s a terrible idea.

Which is not to say I was entirely convinced. Being offered the opportunity to feel the hole in her skull certainly made an impression. But what made an even more significant impression is that the last time I spoke to Feilding on the phone was that she accurately remembered that my mother was suffering from stage 4 lung cancer and looking for effective cannabis and mushroom therapies. The first thing she said to me, before discussing her own research, was “How is your mother doing?” That kind of thing sticks.

Without a doubt, she’s a bit nuts, and most in the buttoned-up pharmaceutical and financial scenes don’t consider her the best spokesperson for the increasingly mainstream field of psychedelic therapies. But unlike so many now cashing in on the psychedelics boom, Feilding is in this for the right reasons: She cares about making life-changing drugs available to the average person more than she cares about shareholder profits. She may have a hole in her head, but she deserves enormous credit for pouring large volumes of energy, blind faith, and—above all—raw cash into psychedelic research in an age when few others would fund or pursue it.