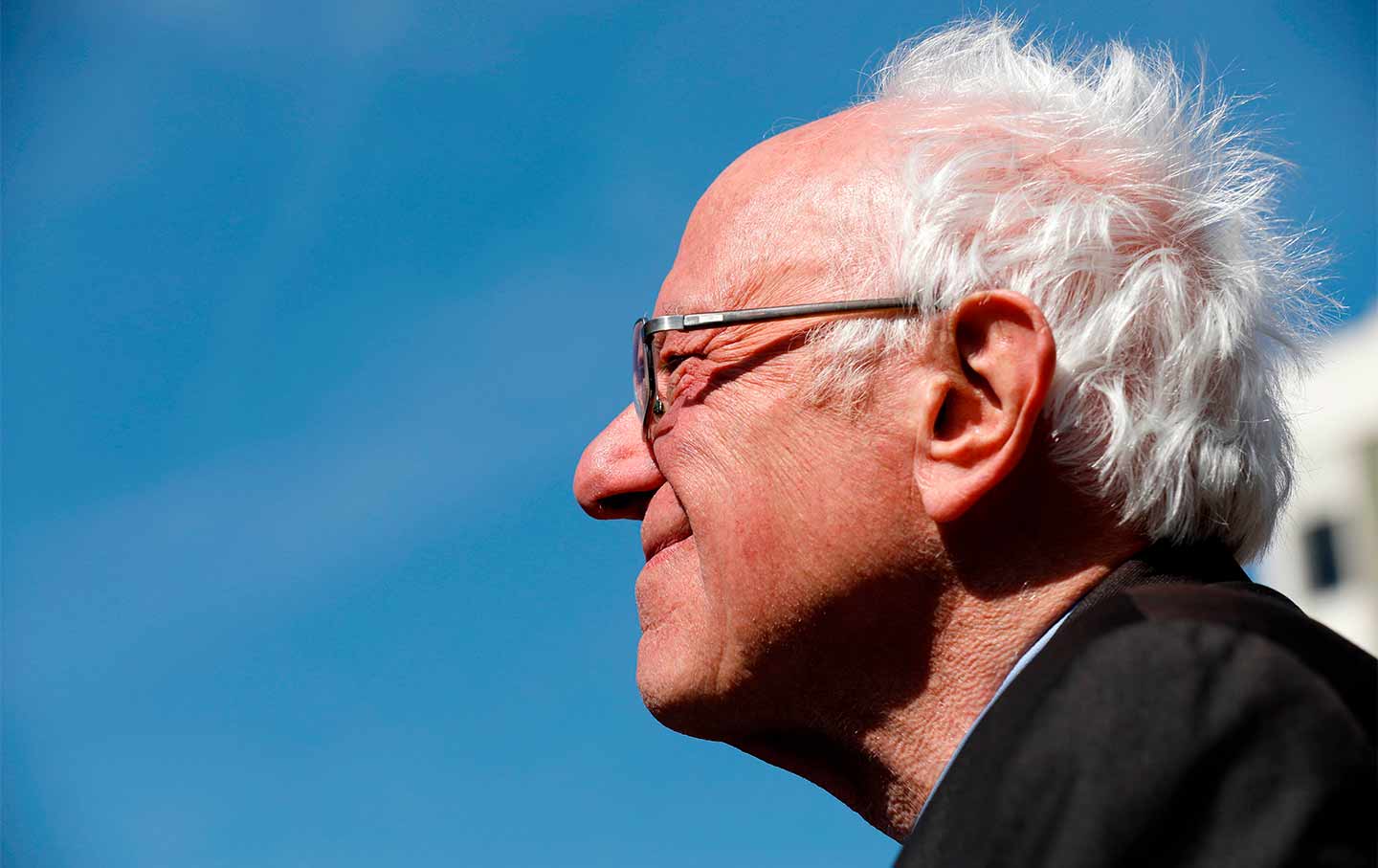 Bernie Sanders once said of the Working Families Party, which ardently supported his 2016 presidential run, that it “is the closest thing there is to a political party that believes in my vision of democratic socialism. The WFP shares my view of a society and an economy that works for everyone, not just the wealthy and well-connected.”

Yet, as the 2020 Democratic presidential contest ramped up, the labor-left organization that advocates for progressive Democratic politics as “a grassroots, multiracial party of working people” in New York and a dozen other states across the country did not endorse Sanders. Last September, it backed Massachusetts Senator Elizabeth Warren, arguing that its members and allies liked Sanders but saw Warren as the stronger progressive prospect.

Now, Warren has quit the race and Sanders remains the last best hope to prevent the nomination of a centrist whose politics are, to say the least, not those of the Working Families Party. So the WFP is endorsing Sanders with a message that matters not just for individual campaigns but for the progressive movement.

“This is about more than the fact that Bernie is the only progressive option left in the race,” WFP National Director Maurice Mitchell told The Nation Monday morning. “We loved it when Bernie Sanders and Elizabeth Warren were on stage together, taking on corporate power as a team in those debates. Now that she is out and he is in, it is clear to us that, in order to get the job done, in order to get over the finish line, we have to unite behind Bernie.”

‘Just Keep Up the Faith’: Workers Are Stepping Up to Beat the Coronavirus

Mitchell referred to the WFP as “a natural home for Warren forces that are looking to get the job done,” arguing that “this is a moment to unify the various constituencies, to unify the movement for Sanders.”

But what about Warren? She has yet to make an endorsement. For his part, Mitchell says, “We agree with Bernie when he says that Elizabeth Warren needs some space.” But there are plenty of WFP stalwarts who say they hope the group’s endorsement will help to sway the senator from Massachusetts. “It seems like all the moderates are getting together. This is the time for the progressives to get together behind Bernie,” said Randy Bryce, a Wisconsin union activist and 2018 congressional candidate who has worked closely with the WFP but who remained a Sanders backer after last fall’s endorsement of Warren. “I really, really hope Elizabeth Warren will be a part of that. She can have as much of an impact on this race now for Bernie as some of these other candidates did for Biden.”

Pundits may debate that point, as the clock is ticking fast on a 2020 nomination race where much of the media is already trying to paint Biden, who has the delegate lead after winning a number of key contests on Super Tuesday, as a prohibitive front-runner. But there can be little doubt that after so many endorsements of Biden by candidates who have quit the race—former South Bend mayor Pete Buttigieg, Minnesota Senator Amy Klobuchar, former representative Beto O’Rourke, California Senator Kamala Harris, and, most recently, New Jersey Senator Cory Booker—a Warren endorsement of Sanders would counter the media narrative.” And, says Bryce, “It will mean the most if she moves quickly, before all these states vote this week and next week.”

Bryce is right. This week’s primaries and caucuses in Michigan, Missouri, Washington, Mississippi, and other states, as well as next week’s primaries in Arizona, Florida, Illinois, and Ohio, will do much to decide the direction of the race. If Biden sweeps, the road forward for Sanders will narrow rapidly. If Sanders scores wins, the race opens up.

An understanding of what is at stake has triggered a number of progressive endorsements in recent days. The Rev. Jesse Jackson traveled to Michigan to appear at a Sunday rally where he argued that for African American voters in that state and nationally “Bernie Sanders represents the most progressive path.” Justice Democrats declared on Sunday as well, with Alexandra Rojas, the group’s executive director, saying, “There is no question that if Bernie Sanders had not run for president in 2016, organizations like Justice Democrats would not exist. Over the past four years, he has galvanized a movement that made Medicare for All, a Green New Deal, free public college, ending mass incarceration and deportation, confronting skyrocketing inequality, and rejecting corporate money into mainstream positions in the Democratic Party.”

And, while it has not endorsed, a group that gave key backing to Warren, the Progressive Change Campaign Committee on Monday urged Michigan allies to vote strategically in that state’s primary for Sanders “to stop the premature ending of this primary election.”

It is especially notable that the WFP has swung to Sanders, as the group has, for more than two decades, been organizing for economic and social and racial justice on the ground in New York City, and more recently has developed politically potent networks in Philadelphia, Milwaukee, and other cities in key states. No matter what move Warren makes, the WFP endorsement sends a signal to progressives who may still be thinking about what to do. Rebecca Katz, a strategist who has worked on many progressive campaigns in New York, says, “The progressive movement has always been about more than one candidate. This is a point where the left has to come together, and that’s why the WFP endorsement is important. It’s coming at a time when Sanders needs it, and when the left needs to take a stand.” Long races have multiple get-off-the-sidelines moments, and this is one of them.

When the WFP endorsed Warren in September, it took hits from Sanders backers, some of whom bitterly condemned the choice. It might have been easier for the group to simply talk up both candidates last fall. But WFP’s Mitchell made the case against caution. While he expressed hope that Warren and Sanders would continue to align during the fall 2019 debates as “a formidable duo on the campaign trail, organizing voters behind full-throated progressive messages,” Mitchell explained that “in the end, we believe this campaign is too important to sit on the sidelines.” 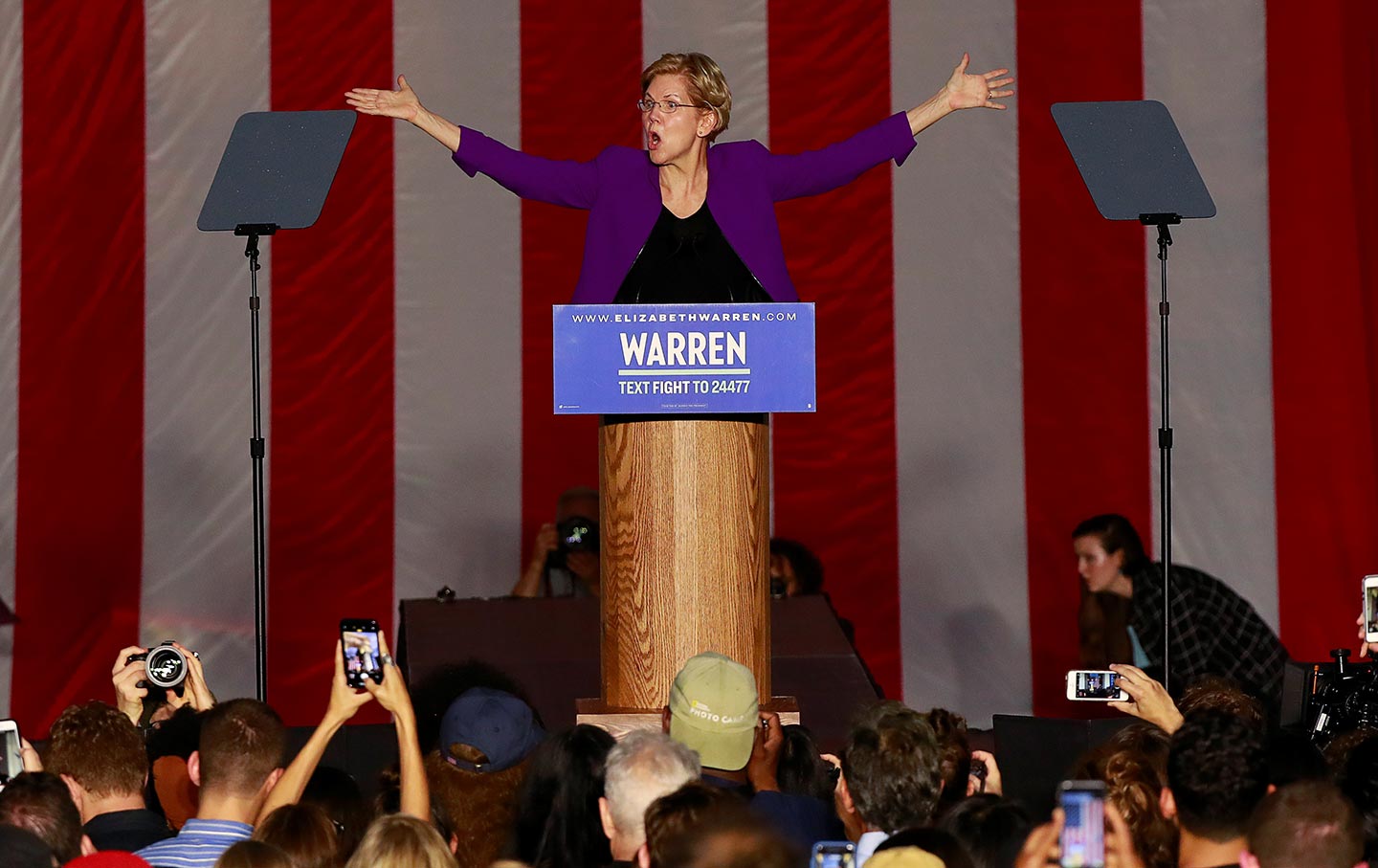 When I reminded Mitchell of his comments Monday, he said, “Being on the sidelines now is untenable to us.” He explained, “There’s one candidate in the race who will fight for a Green New Deal, for universal health care, for living wages, and for all the values we’ve been fighting for.” That’s the message Mitchell and other WFP activists expect to share with Warren supporters who join a WFP conference call tonight and upcoming community meetings around the country.

Some WFP stalwarts like New York City Council member Brad Lander made their move immediately after Warren got out, with enthusiastic endorsements of Sanders. For others, finishing one campaign and moving on to the next is hard—especially when the candidate they backed has not made an endorsement. But WFP leaders are speaking with a sense of urgency.

“There is no waiting for next time, because working class families and marginalized people can’t wait for next time,” said WFP Director of Strategy and Partnerships Nelini Stamp in a press statement. “Climate change won’t wait, spiraling inequality won’t wait, and white supremacy won’t wait. Bernie Sanders is our best chance of making this a country that works for the many, not the few.”