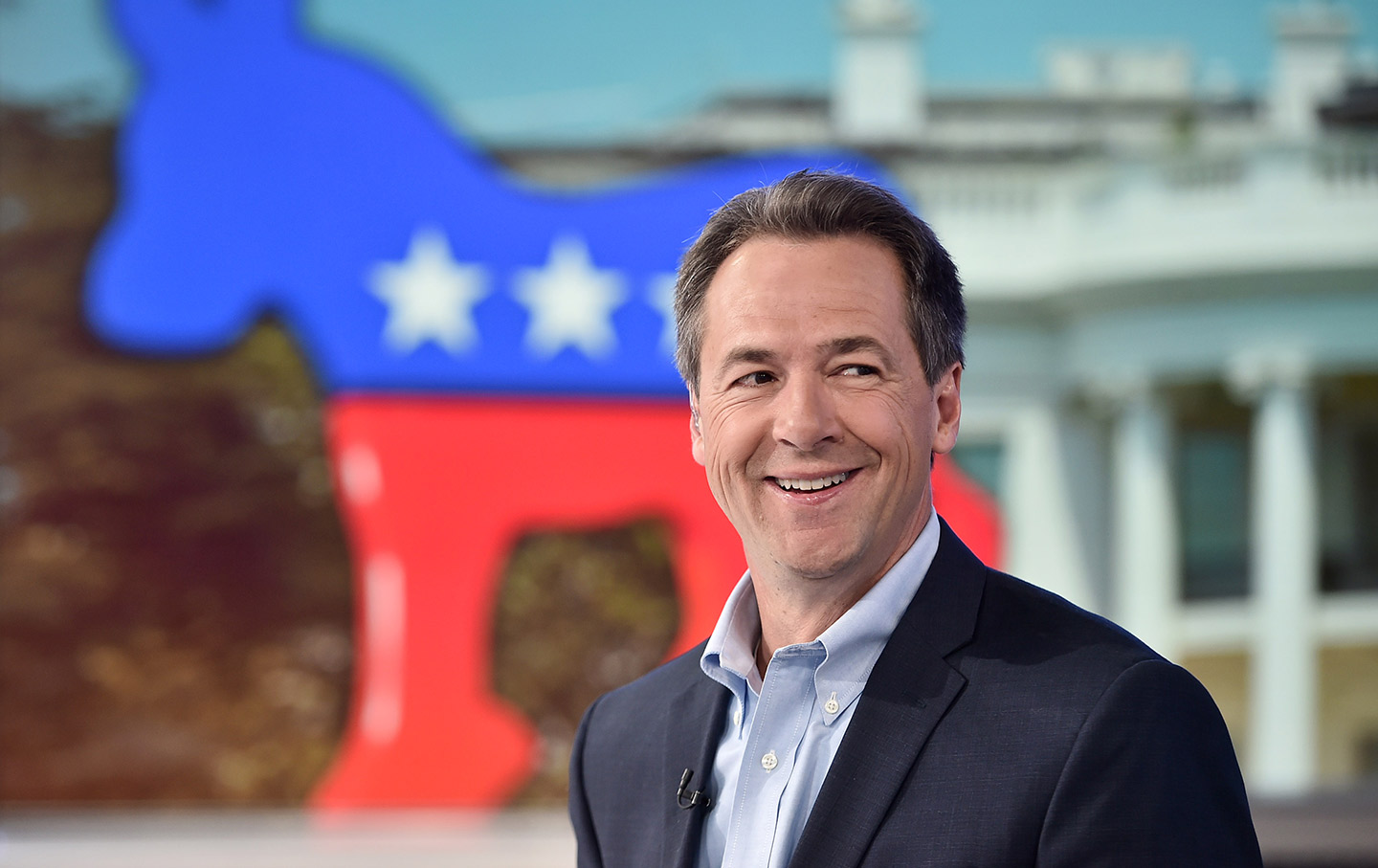 On June 24, Governor Steve Bullock stood at a podium in the east wing of the Montana State Capitol preparing for his weekly press conference on the pandemic. With its red carpet and oak walls, the room is a favorite spot to celebrate bill signings and entertain political delegations. On this hot summer day, however, the crowd was thin and the mood sober. A few masked reporters stood at a distance behind their television cameras, and a handful of staffers swiped at their phones at the back of the long room.

“While we still have the lowest number of cases per capita in the United States,” the governor began, “we do have to recognize that there are increased cases.”

For an hour, he and several health officials documented their efforts to contain a resurgent coronavirus, which have included aggressive contact tracing and community testing events in rural towns and on the state’s seven Native American reservations. Then, as the press conference streamed live, Bullock took questions from reporters, which focused on the possibility of new restrictions in a state that shut down and reopened earlier than most states.

The governor’s replies betrayed a reluctance to regulate people’s private lives in a conservative state with a large percentage of independent and libertarian voters. He urged people to avoid gyms and bars, but refused to re-close them. He emphasized the importance of masks, but rejected a suggestion to make them mandatory. He pressed his online audience to govern themselves. “I’m asking Montanans to use their common sense,” he said. “The actions that each of us take individually are what’s going to impact Covid-19.”

This balanced approach has worked well for Bullock, a moderate Democrat who served one term as attorney general before winning two consecutive terms as governor in a state that Trump won by 20 points. Now, however, Bullock’s knack for navigating Montana politics has national implications.

On March 9, Bullock announced a run for the Senate. Over the next 22 days, he raked in more than $3 million to challenge Republican Steve Daines, a first-term incumbent. Then, on May 5, a Montana State University poll showed him up by seven points. National forecasters now rank the race among the most competitive in the nation, and Democrats need to flip at least four seats to take the Senate for the first time since 2008. Montana, a homogeneous rural state with three electoral votes, has rarely been a bellwether for national politics. But in this unusual year, where Montana leads the nation may follow.

“In Montana, it is more important than in other states to come off as one of us, as a ‘real Montanan,’ and Bullock projects that,” said Robert Saldin, a political science professor at the University of Montana. “Bullock is really the one Democrat in Montana who could give Daines a run for his money.”

This political viability stems partly from Bullock’s careful selection of issues during his 12 years in public office. In 2008, Montana voters elected the Columbia Law School graduate as their attorney general, and he rewarded them by working with the legislature to codify a legal opinion on stream access that he had written while working as an assistant attorney general in the late 1990s. The law allowed anglers to access any river or stream regardless of streambed ownership. The law is frequently touted by his supporters as a victory for local fisherman over out-of-state landowners.

Four years later, during his first run for governor, he made national headlines arguing that Montana’s century-old limits on corporate campaign donations should be exempted from the Supreme Court’s Citizens United ruling. He lost the case, but the public viewed him as a champion for local elections threatened by private corruption and federal ineptitude. As governor, he would continue to situate himself in this manner, as a defender of local values against outside interests, even when it put him at odds with his own party.

In 2014, he worked with ranchers to implement voluntary conservation efforts to prevent the listing of sage grouse as an endangered species. He framed it as a win for state management over federal intervention. In 2016, he railed against President Barack Obama’s decision to halt leasing of new coal mines on federal land and withheld support for Obama’s Clean Power Plan. That November, he was the only Democratic governor to be reelected in a state that Trump carried.

The singularity of this victory landed Bullock on national short lists for a 2020 presidential run, an option he pursued for seven months last year. He built that campaign on a promise to win over Trump voters in swing states and deliver campaign finance reform once in the White House. But the moderate lane was already clogged with candidates by the time he entered the race in May, and he never gained traction in early primary states. He ended his campaign in December, two months before the Iowa caucus. 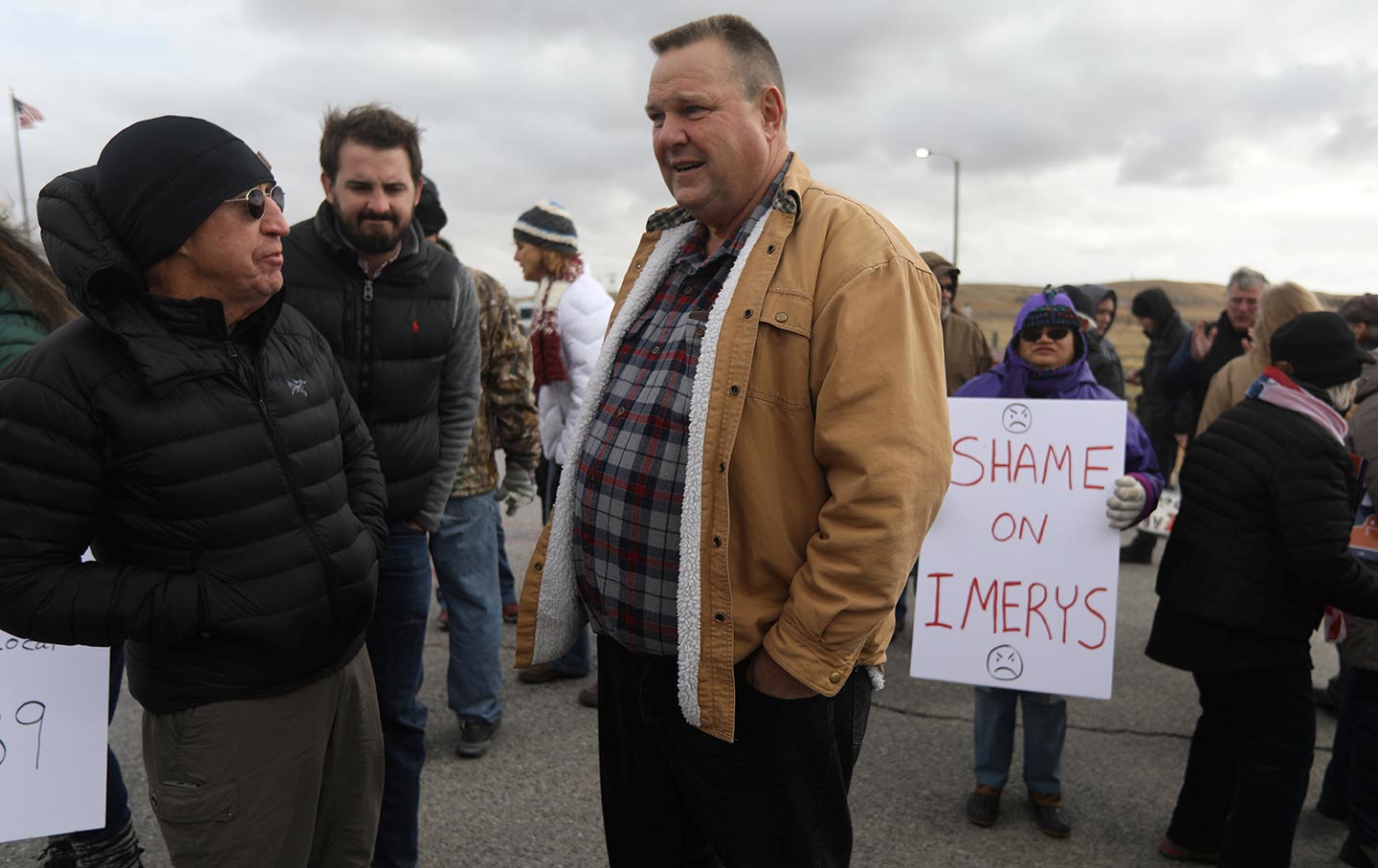 ‘It’s Time to Get Pissed Off’: In Montana, a Labor Standoff Has National Implications

Bullock’s failure to convince voters nationally, however, was tempered by legislative success back home, where he had plenty of political capital to spend on issues important to the Democrats and crossover voters who had given him a second term—namely health care and infrastructure. Bullock delivered on both by working with Democrats and a “Solutions Caucus” of Republicans who together formed a moderate majority in both chambers. That coalition expanded Medicaid for two years in 2017 and renewed the measure in 2019, extending coverage to one in 10 Montanans through 2025. Last year, they also passed an infrastructure bill to fund sewer, water, and building projects across the state.

Bullock’s Senate campaign is already working to leverage these bipartisan wins for the next race, which will require both candidates to move to the center. “He’s done all this while balancing a budget and creating the first-ever rainy day fund,” said Olivia Bercow, communications director for the campaign, referring to a $117 million fund created by the state legislature and approved by Bullock in 2017. “Look, it’s surely rainy now, so that fiscal responsibility has been very needed at this point in time.”

Bullock’s ability to keep Montanans fiscally strong and physically healthy seems to have given him an early advantage over Daines. But Daines’s political experience and formidable business background make any advantage uncertain.

“I think he comes off as an affable, decent guy. He doesn’t have a hard edge in his public persona,” said Saldin, whose book Never Trump: The Revolt of the Conservative Elites was published earlier this year. “His other advantage is that he’s a Republican in Montana. I tend to think Montana is more red than purple, but there is a narrow path for Democrats.”

A comparison of the last two campaigns for each candidate underlines this analysis. Daines drubbed his opponents by 11 points in 2012 and 18 points in 2014. Bullock eked out victories by one point in 2012 and four points in 2016. The question now is whether Daines can block the narrow path available to Bullock before November. His campaign is confident it can do that by using the governor’s brief presidential run against him.

“Bullock put himself in a corner in the lead-up and during his failed presidential run that’s going to be tough to get out of,” said Julia Doyle, communications director for Daines’s campaign. “[H]e took a sharp turn left on issues that matter most for Montanans such as embracing a ban on semiautomatic weapons and support for background checks, opposing Keystone XL, and calling for impeaching and removing President Trump from office.”

Of these issues, Bullock’s positions on gun safety issues and impeachment may prove most troublesome for him in a Trump state that Guns & Ammo magazine ranks the ninth most gun friendly. Still, Bullock carries a higher favorability rating than Daines, and some people believe that Daines’s unflagging support for the embattled president could turn out to be more of a liability than an asset.

Last year, Daines was one of a handful of Republicans who supported the president’s declaration that four congresswomen should “go back” to “the crime infested places from which they came.” Daines posted on Facebook and Twitter that “Montanans are sick and tired of listening to anti-American, anti-Semite, radical Democrats trash our country and our ideals. We’re the greatest country in the world. I stand with @realdonaldtrump.” The statement drew immediate criticism from the Montana Association of Rabbis and from the editorial boards of newspapers in several of the Montana’s largest cities. Daines has also defended Trump’s trade policies, despite their negative impact on Montana grain farmers.

“I don’t think voters have a clear understanding of who Daines is distinctive from the Trump brand,” said David Parker, the political science professor who oversaw the Montana State University poll published in May. “Elections with presidential incumbents end up being referendums on the president, and Steve Daines may have aligned himself too closely to Trump.”

On June 18, The Cook Political Report moved Montana’s Senate Race from “lean republican” to a “toss-up,” placing the race among the five most competitive in the country alongside Arizona, Colorado, Maine, and North Carolina, where GOP incumbents are also endangered.

“Of our five Toss Ups, if I had to rank them, I think Montana is still the most difficult,” said Jessica Taylor, the senate and governors editor for the Report, but “Montana has clearly become one of the better options” for Democrats to pick up a seat.

And if national forecasters believe Daines is vulnerable in a place like Montana, then “it’s possible that Republicans in many other places might be vulnerable too, in places we’re not even thinking about yet,” according to Parker. “Maybe Lindsay Graham in South Carolina and John Cornyn in Texas.”

The bottom line is that if Bullock can pull off an upset in Montana, then Democrats will likely have many reasons to celebrate all across the country, including a Biden victory and majorities in both chambers. Bullock has probably spent ample time pondering these possibilities, but he had other things on his mind when I caught up with him in late June. After the press conference concluded, we visited for a few minutes from opposite sides of a broad corridor in the capitol building, and he seemed reluctant to comment on the campaign.

“We can’t let the political food fights of the day get in the way of what, hopefully, is that shared aspiration for our kids and our grandkids to have greater opportunities than [we]’ve ever had,” he explained. He paused for several seconds, searching for a way to illustrate his point.

Then he told me about a run he took early that morning and how someone stopped him along the way to express concern about Covid-19. “I can’t get away from being governor, and I think that’s important because then politics doesn’t become some kind of abstract game.”

In November, Montana voters will do just that, and control of the Senate will likely depend on what they have to say.