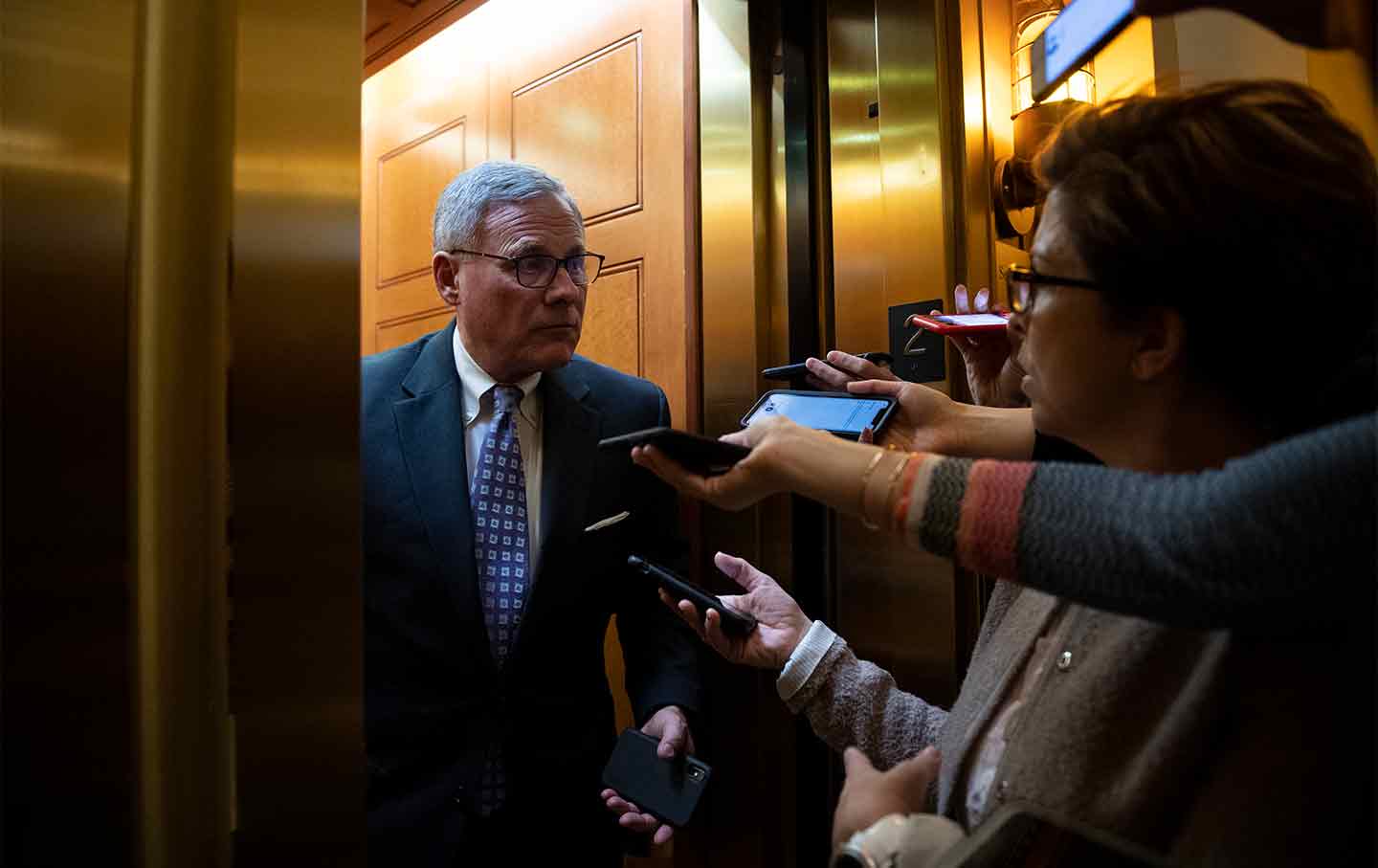 Some members of Congress have taken that advice to an extreme by engaging in stock transactions while the coronavirus pandemic wreaks national economic havoc. Senator Richard Burr, chairman of the Senate Intelligence Committee, sold more than $1.7 million in stocks after receiving private congressional briefings about the magnitude and trajectory of the pandemic. The senator dumped stocks in clobbered industries: hotels, restaurants, shipping, drug manufacturing, and health care. Burr has asked the Senate Ethics Committee to review his stock trading, which is like asking Al Capone to vet the tax returns of President Donald Trump.

In 2012, Congress enacted the Stop Trading on Congressional Knowledge Act (known as the Stock Act) to prohibit members from trading on nonpublic information derived from their legislative activities. Only three senators opposed the Stock Act. Burr was one of them.

His stock sales, however, were not an aberration. In the weeks after a closed Senate briefing on the pandemic, Republican Senator Kelly Loeffler sold holdings valued at between $1.28 and $3.1 million in ExxonMobil and Auto Zone, whose share prices were plunging. But Loeffler purchased stock in a company that sells teleworking software, Citrix.

Whether or not these members violated the Stock Act, why were they in the stock market at all? Members of Congress, like Caesar’s wife, must be above suspicion to fortify public confidence that government has not been hijacked by the 1 percent of the 1 percent. As Plato’s allegory of the cave in The Republic teaches, appearances are reality. And for members of Congress to speculate in the market while a growing portion of the public is in lockdown creates the appearance of treachery, i.e., the exploitation of public office for self-enrichment.

To borrow from Mark Anthony’s funeral Oration in Julius Caesar, Senator Burr, nevertheless, is an honorable person; so are his congressional cohorts all, all honorable people.

But on second thought, there are doubts.

Members have repeatedly exempted themselves from laws applicable to the rest of us. Examples include the Freedom of Information Act; the Government in the Sunshine Act; Title VII of the 1964 Civil Rights Act; the conflict-of-interest prohibition of the federal criminal code, 18 USC 208; the Occupational Health and Safety Act; and, the National Labor Relations Act. The Constitution’s framers, however, would be appalled.

The framers believed members would serve short stints before returning to private life to be governed by their own legislative handiwork. Members would gain nothing by enacting legislation abandoning the public good. And the idea that Congress would exempt itself from laws applicable to others was inconceivable. James Madison, father of the Constitution, elaborated in Federalist 57:

I will add, as a fifth circumstance in the situation of the House of Representatives, restraining them from oppressive measures, that they can make no law which will not have its full operation on themselves and their friends, as well as on the great mass of the society. This has always been deemed one of the strongest bonds by which human policy can connect the rulers and the people together. It creates between them that communion of interests and sympathy of sentiments, of which few governments have furnished examples; but without which every government degenerates into tyranny.

Congressional obliquity does not end with statutory exemptions. Congress also indulges in legalized extortion of its members. For both Republicans and Democrats, plum committee assignments and chairmanships are awarded by the Republican and Democratic leadership based on party fundraising. Committees are divided into Tier A, Tier B, and Tier C based on the opportunities of members to raise funds from industries and individuals with business before those same committees. Committee chairs and appointments are doled out based on staggering fundraising quotas. As former representative Zach Wamp explained in The Hill:

In his recently published tell-all book [Drain the Swamp: How Washington Corruption is Worse than You Think], Colorado Republican Rep. Ken Buck (R) exposed how these fundraising quotas have soared. Chairs of the so-called “A” Committees such as Appropriations, Financial Services, and Ways and Means are now expected to raise $1.2 million for the National Republican Congressional Committee (NRCC). All the while, chairs of the so-called “B” Committees such as the Transportation and Infrastructure Committee are expected to raise $875,000.

House Democrats maintain a corresponding scheme of legalized extortion in assigning committee memberships and chairs based on member fundraising for the Democratic Congressional Campaign Committee (DCCC).

In sum, the ethos in Congress is first cousin to the ethos of Fagin’s school of thieves in Oliver Twist. From day one, members are taught that money rules without moral inhibitions.

Gregg Gonsalves and The Nation

Is it surprising that former Republican Representative Tom Price was prompted to resign as secretary of Health and Human Services after ethical questions were raised by his trading in health industry stocks while sitting on the House Ways and Means Committee?

Is it surprising that during the FBI’s ABSCAM investigation, then–Democratic Representative John Jenrette shamelessly blurted, “I’ve got larceny in my blood”?

There is no magic elixir for the alarming moral derelictions of Congress. Members should be forbidden to own or invest in anything worth more than $75,000, except for Treasury notes, bills, bonds, and a home. All statutory exemptions of Congress from laws of general applicability should be repealed. Making committee assignments or chairmanships turn on a member’s fundraising for the RCC or DCCC should be prohibited. Adequate public financing of credible congressional candidates should be enacted.

But corruption has a thousand faces. The best laws will be circumvented unless reinforced by public opinion. Members of Congress who betray the public trust should be ostracized. That will concentrate the minds of both candidates and incumbents wonderfully.