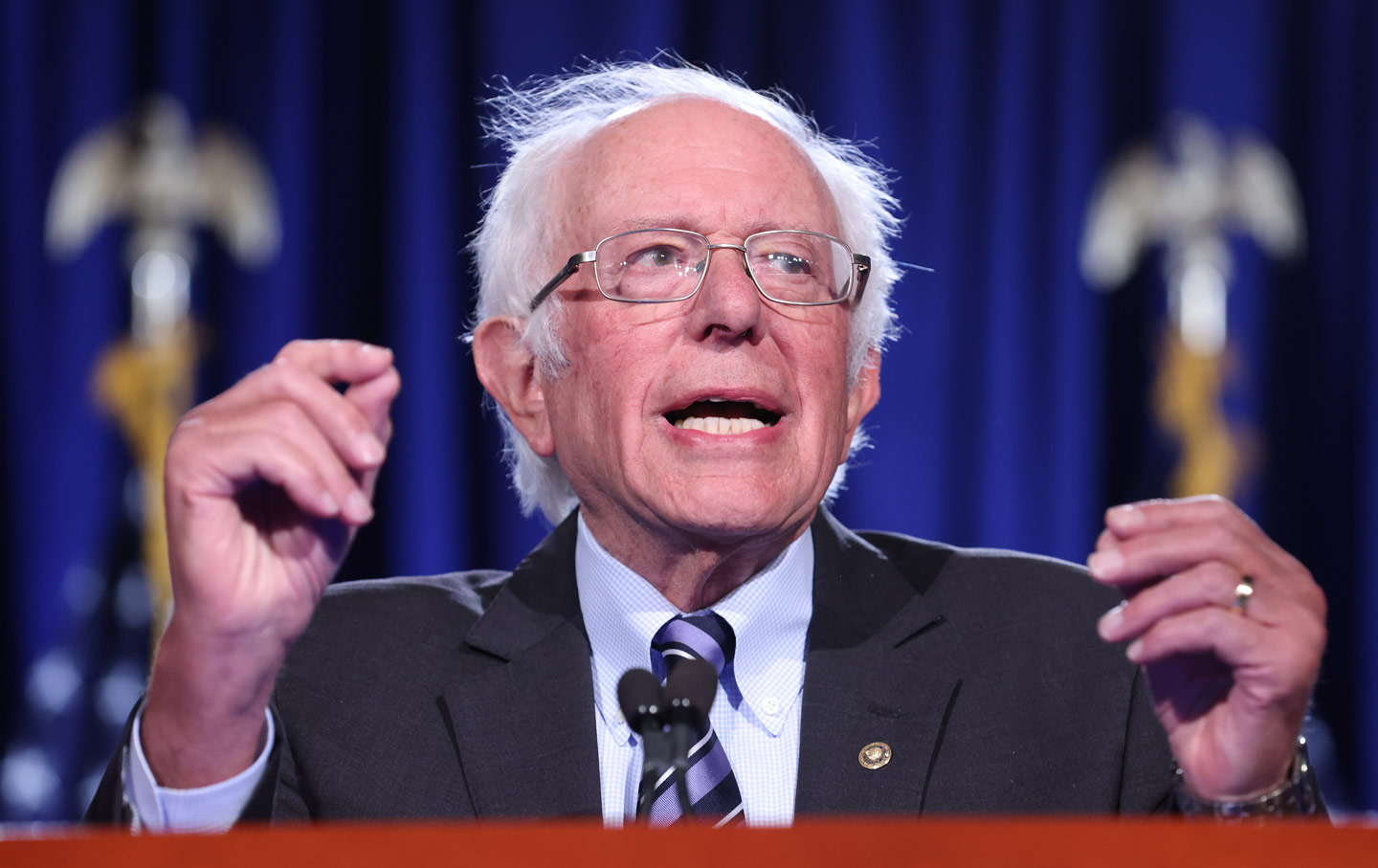 Bernie Sanders knows exactly what is at stake in the 2020 presidential race.

That’s not a hyperbolic statement. That’s stark realism, which acknowledges the reality Americans face at a point when President Trump refuses to say whether he will accept the pink slip that polls suggest voters may hand him in November.

Sanders, who was himself an aspirant for this year’s Democratic presidential nomination, is not alone in expressing his concern. Trump dramatically heightened the anxiety level of an already tense election season when he responded Wednesday to a question about the peaceful transition of power by saying, “We’re going to have to see what happens.” Then the president made things worse: “We want to get rid of the ballots, and we’ll have a very peaceful—there won’t be a transfer, frankly. There’ll be a continuation.”

“This statement from the president of the United States should trouble all of us,” warned the American Civil Liberties Union. Senate minority leader Chuck Schumer declared, “President Trump: You are not a dictator, and America will not permit you to be one.” House Speaker Nancy Pelosi urged the president to “just try for a moment to honor your oath of office to the Constitution of the United States.” Even Utah Senator Mitt Romney, the 2012 Republican presidential nominee, chimed in: “Fundamental to democracy is the peaceful transition of power; without that, there is Belarus. Any suggestion that a president might not respect this Constitutional guarantee is both unthinkable and unacceptable.”

But it was actor and activist Mark Ruffalo who spoke for millions of Americans, when he asked, “Okay…so what’s the plan? The man has told us he won’t leave peacefully, he is stacking the court with Justices he knows will rule in his favor, and he is talking about tossing ballots. What is the plan?”

On Thursday, Sanders presented one in a vital speech delivered from George Washington University to people across the country. The senator began by noting that Dan Coats, Trump’s former director of national intelligence, has called for establishing a nonpartisan commission to oversee the election, with an eye toward assuring that it is fairly conducted. In a New York Times op-ed, Coats wrote, “The most urgent task American leaders face is to ensure that the election’s results are accepted as legitimate. Electoral legitimacy is the essential linchpin of our entire political culture. We should see the challenge clearly in advance and take immediate action to respond.”

Then, on the chance that McConnell might not do the right thing, Sanders outlined steps that he proposed “we as a people do in the struggle to preserve American democracy”:

“First, it is absolutely imperative that we have, by far, the largest voter turnout in American history and that people vote as early as possible. As someone who is strongly supporting Joe Biden, let’s be clear: A landslide victory for Biden will make it virtually impossible for Trump to deny the results and is our best means for defending democracy.

“Second, with the pandemic and a massive increase in mail-in voting, state legislatures must take immediate action now to allow mail-in votes to be counted before Election Day—as they come in. In fact, 32 states allow for the counting or processing of absentee ballots—verifying signatures for example—before Election Day. All states should do the same. The faster all ballots are counted, the less window there is for chaos and conspiracy theories.

“Third, the news media needs to prepare the American people to understand there is no longer a single election day and that it is very possible that we may not know the results on November 3rd.

“Fourth, social media companies must finally get their act together and stop people from using their tools to spread disinformation and to threaten and harass election officials.

Fifth, in the Congress and in state legislatures hearings must be held as soon as possible to explain to the public how the Election Day process and the days that follow will be handled. As we count every vote, and prevent voter intimidation, everything possible must be done to prevent chaos, disinformation, and even violence.”

The Chaos and the Coup 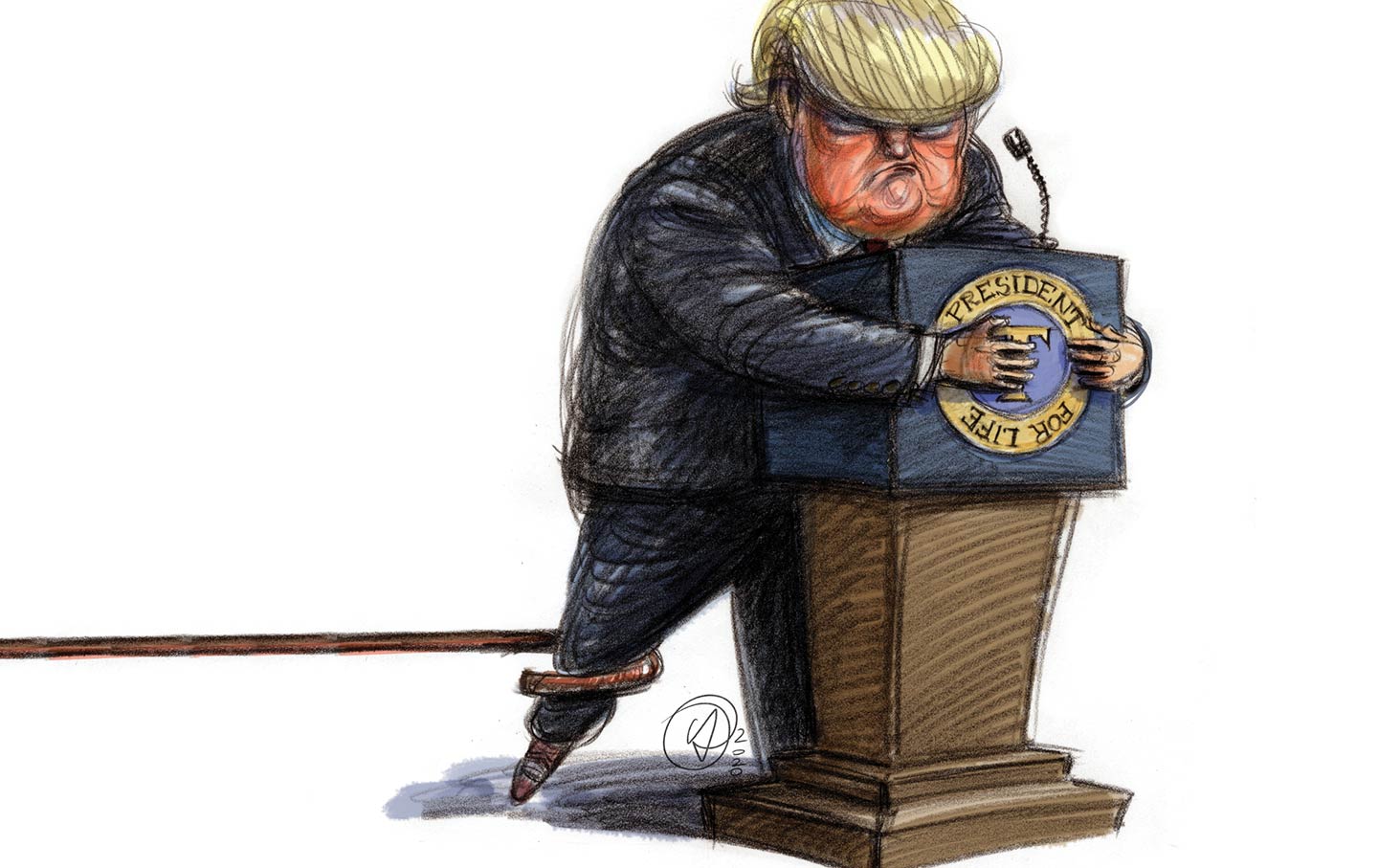 Is Trump Planning a Coup d’État?

That’s not a comprehensive list. The ACLU, the Brennan Center for Justice, Color of Change, and other groups are constantly offering informed counsel on how to conduct free and fair elections, and to count the votes cast in those elections. Hopefully, Biden, vice presidential nominee Senator Kamala Harris, and other top Democrats will embrace and amplify all the best proposals for pushing back against Trump.

But Sanders has begun the pushback by offering a plan that can be acted upon immediately. And as any good planner does, he has made a call to action.

“The American people, no matter what their political persuasion, must make it clear that American democracy will not be destroyed,” said the senator. “Our country from its inception and through the sacrifices of millions has been a model to the world with regard to representative government. In 1863, in the midst of the terrible Civil War, Abraham Lincoln at Gettysburg stated that this government ‘of the people, by the people, for the people shall not perish from the earth.’ That was true then. That is true today. Regardless of what Donald Trump wants, the American people will preserve democracy in our country.”