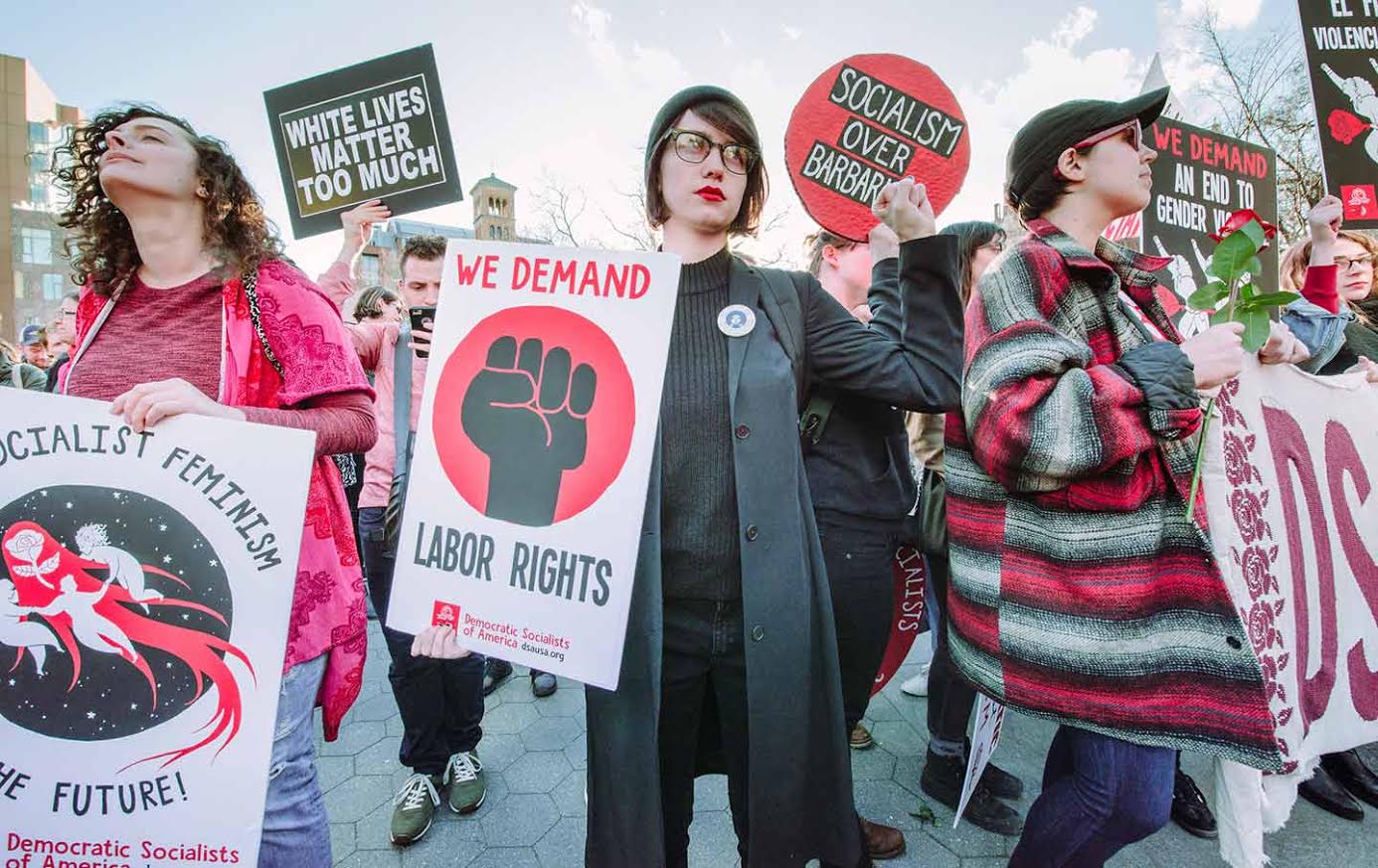 The Nation’s recent publication of “An Open Letter to the New New Left” prompted a range of responses, from affirmation to criticism. In the spirit of open debate, here are two of the critical responses.

History repeats itself, “the first time as tragedy, the second time as farce.” Karl Marx’s 170-year-old observation rings true, as some 81 former members of Students for Democratic Society (SDS) offer unsolicited advice to the “new New Left” in an open letter published by The Nation last week.

According to Maurice Isserman’s biography of Michael Harrington, SDS members themselves rejected advice from many of their own movement elders, and not solely on the basis of age. They were open to mentorship from older peace activists who worked alongside them. I.F. Stone’s criticisms of the anti-war movement got “a respectful hearing” because they saw him as part of their struggle against military escalation. “By comparison, Michael, Irving Howe, and Bayard Rustin lacked the credentials in the eyes of young antiwar protesters that would have made their unsolicited advice seem cogent, useful, and well intended.” But the “old New Left” did respect older comrades, and listened to those who struggled on their side.

In their open letter to the “new New Left,” the authors argue that this generation is somehow insufficiently interested in defeating Trump. But their claims, particularly that DSA leadership has “refused” to back Biden, betray a crucial misunderstanding of the circumstances.

First off, it was delegates at the 2019 convention, not the DSA leadership, who passed a resolution to endorse no Democrat other than Bernie Sanders for president in 2020. (I voted against this resolution as a delegate.)

Second, long gone are the days of paper endorsements. Today’s DSA considers an endorsement not merely a public backing of a candidate but as entailing a serious investment of collective resources and often hundreds of local volunteers. For some of the “old New Left” signatories, a full endorsement of Biden is a “step too far.” The same is true for DSA, with its limited collective means. So where is the disagreement?

The authors seem to be arguing against a straw man—the idea that the “new New Left” is taking an accelerationist position in the 2020 presidential election with the belief that things must get worse before they can get better. They write that some on the left “cannot see the difference between a capitalist democrat and a protofascist.” This is a stance that neither DSA has taken nor the vast majority of members claim. 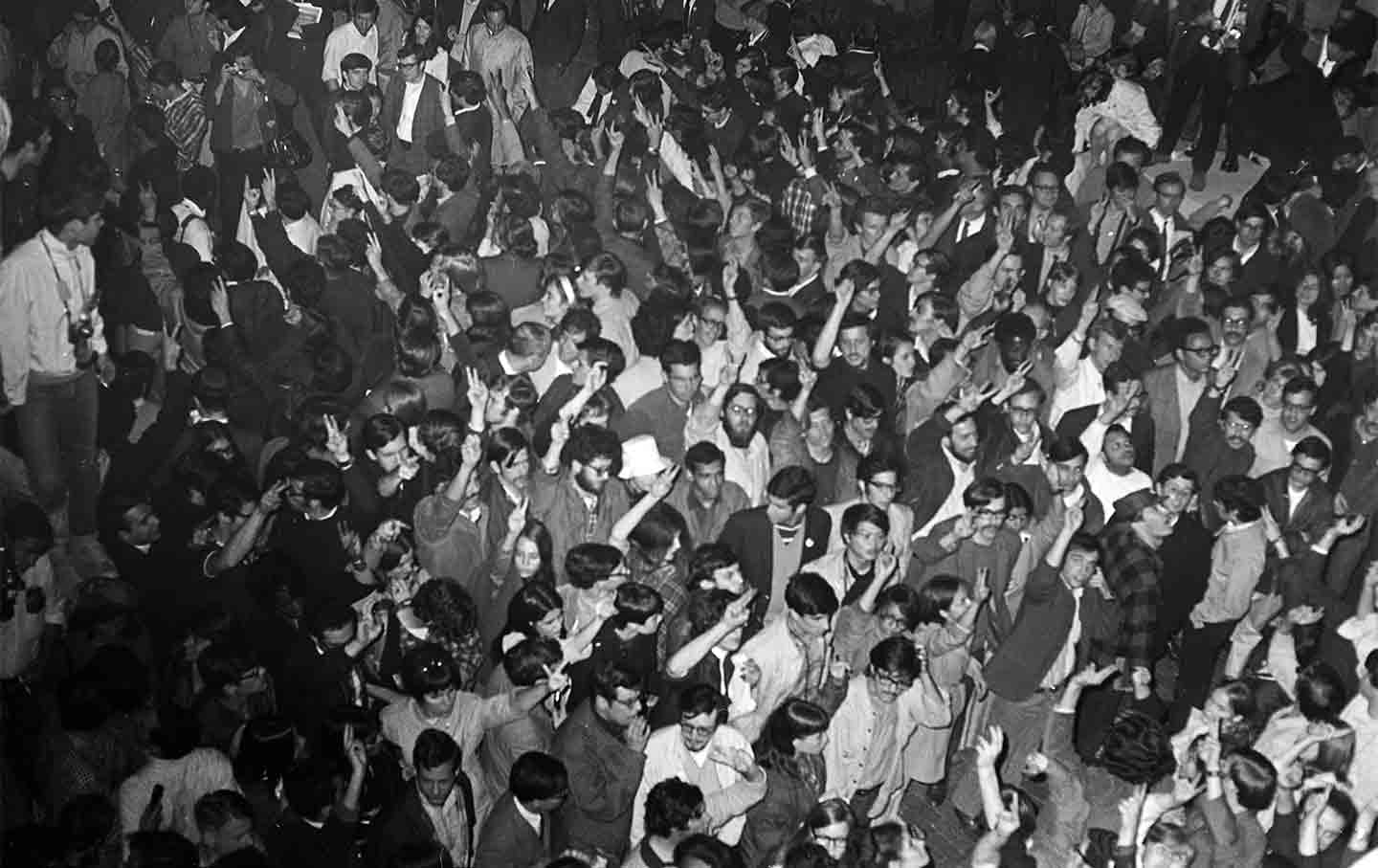 Former leaders of the Students for a Democratic Society

It is almost certain that the vast majority of DSA members—especially those in swing states—will cast their ballots for Joe Biden in November. Like in 2016, DSA nationally may encourage get-out-the-vote efforts in addition to its ongoing work fighting the Trump administration.

In recent years, DSA has grown from roughly 6,000 members with three or four dozen chapters to nearly 70,000, with hundreds of student and local groups. The enormous influx of new members, who have brought their ideas, energy, and political experiences to the organization, has helped transform it into something stronger than ever before. As I approach middle age, after 17 years in the organization, I now find myself in the political minority, when my views had once been the consensus. But I remain active and committed to DSA because I still believe we have the best chance to build a more democratic world economically, politically, and socially. I also treasure the comradely relationships I’ve built over the years as a friend, organizer, staffer, and mentor.

I call on the authors of the letter to get active in their DSA chapters. The socialist struggle is new to many, and these burgeoning comrades will open themselves up when they personally get to know movement veterans. It will take some time and may include rejection, but will be much more emotionally rewarding and successful than an open letter. Trust me.

David Duhalde is the former deputy director of DSA.

I’m astonished by the binary choice presented in this letter. The immediate battle ahead is the fight over the platform. It should be written by progressives and include Medicare for All. The combined strength of Sanders and Warren delegates plus Biden delegates who support universal coverage makes this a real possibility. In any case, we should never accept a simple coronation in the name of unity.

Some unnamed fraction of DSA is not the major problem; it’s the deep alienation of millennials from the Democratic Party. If we are to prevent Trump’s reelection, we must ensure a Democratic platform that gives younger voters reasons to come to polls. I share many of the experiences of the signers and will do my best, however, reluctantly, to bring out a vote for Biden.

But I’ve also been in heated conversation with my students and my own younger children, still in high school. I can tell you that in their view of the world, beating Trump is not necessarily more important than stopping a “return to normalcy” by the Democratic establishment. If we want a genuine dialogue with them, we must make a convincing argument that a strategic vote for Biden does not entail any concession of the core demands of the Sanders campaign. They, in turn, might educate us about some of the paths forward.

Mike Davis is a contributing editor to The Nation.