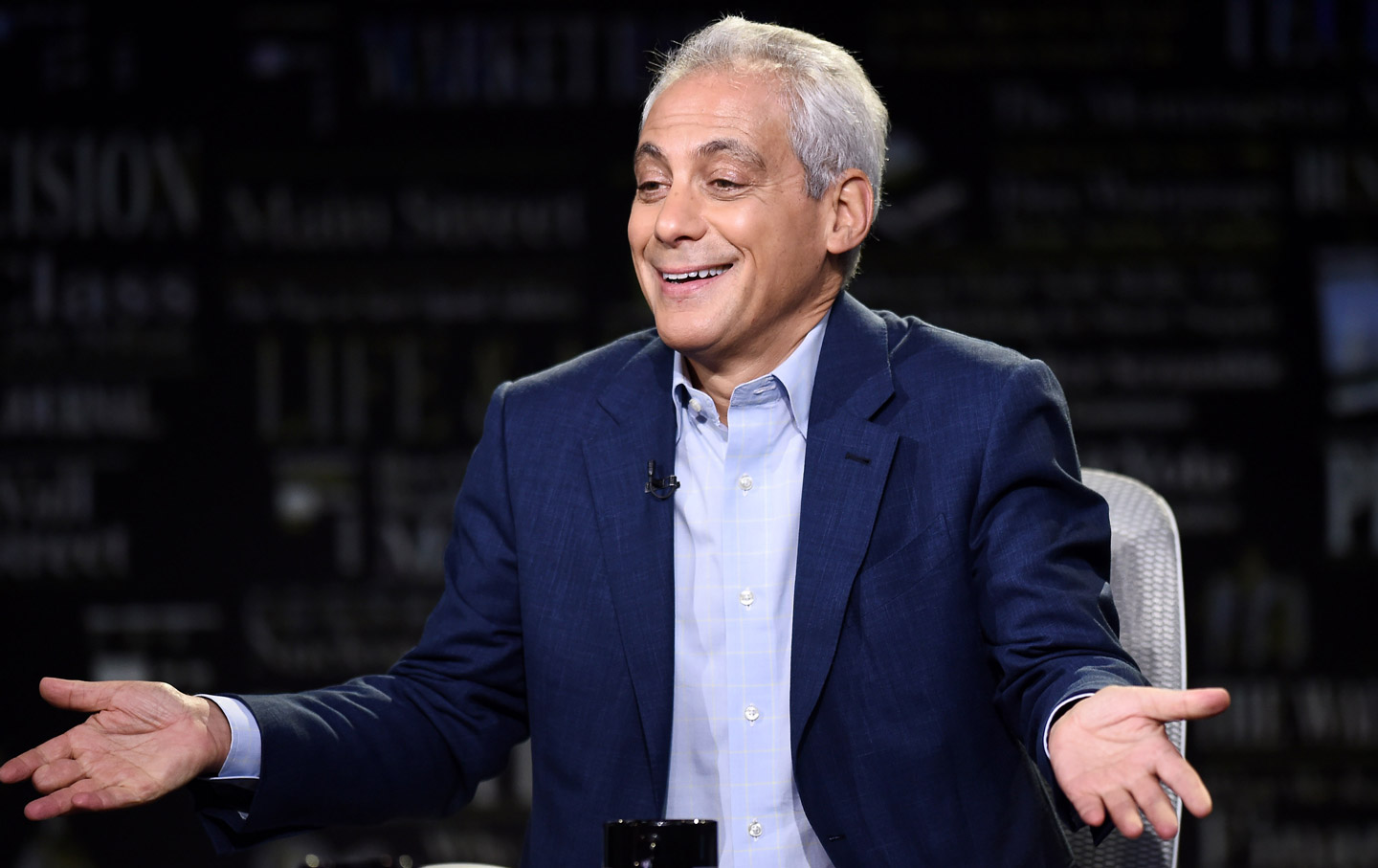 When Chicago Alderwoman Rossana Rodriguez Sanchez heard that former Chicago mayor Rahm Emanuel was being considered for another position in another Democratic administration, she penned an open letter urging President-elect Joe Biden and Vice President–elect Kamala Harris to put Emanuel on the “DO NOT HIRE list.”

The letter evolved into a petition that had by Tuesday afternoon attracted almost 4,000 signatures, and Rodriguez Sanchez says the messages she’s heard from constituents in the city where Emanuel served two scandal-plagued terms as mayor are unequivocal in their opposition. “It’s amazing,” she told The Nation. “People are saying ‘Never! Never! Never! We don’t want this man in the cabinet.’”

The prospect that Emanuel might be tapped to serve as secretary of transportation or secretary of Housing and Urban Development has drawn plenty of national criticism from progressives who recall his tenures as the union-bashing neoliberal senior adviser to President Bill Clinton during the fight over the North American Free Trade Agreement, and as the Obama administration chief of staff who famously spewed obscenities at progressives who wanted to push harder for robust health care reforms. Representative Alexandria Ocasio-Cortez said after the November 3 election, “Someone like Rahm Emanuel would be a pretty divisive pick. And it would signal, I think, a hostile approach to the grass-roots and the progressive wing of the party.” Dream Defenders cofounder Phillip Agnew, who served as a senior adviser to the 2020 presidential campaign of Bernie Sanders, said during a recent Haymarket Books forum, “As hard as we went against Betsy DeVos, we should go against Rahm Emanuel.”

The strongest response to the floating of Emanuel’s name has come from elected officials in Chicago who have not forgotten how the former mayor governed.

“We here in Chicago know firsthand the damage that Rahm Emanuel did to our city, services, institutions and people, as mayor,” says Illinois state Representative Delia Ramirez. “It is absurd and insulting that Emanuel is being considered for a cabinet position in the Biden administration.”

Ramirez-Rosa has, with progressives across the country, been promoting the #EmbraceTheBase message that Biden should lead “an administration of competent progressive governance, not old school political patronage.”

Alderwoman Rodriguez Sanchez pulled many of the concerns together in her letter and the petition she developed with fellow activists.

That petition begins by explaining: “As residents of Chicago—and as community organizers, local elected officials, union members and others who are all-too-familiar with his work—we are writing to un-recommend Rahm in the strongest terms possible. If you want to root out systemic racism, defend democracy, and build a society that leaves no one behind—all worthy goals mentioned in your victory speech—we can think of few people worse for the job than the man who earned the nickname ‘Mayor 1%.’”

Then it gets specific about “Rahm’s resume in some key policy areas”:

The petition concludes in the blunt language of Chicago politics: “Given his track record, awarding Rahm Emanuel a cabinet position in the new administration would be a disaster for many of the communities that helped defeat Donald Trump. Not least, it’s a Sears-Tower-sized insult to our city of Chicago, where we are continuing to deal with the effects of his legacy on a daily basis. Take the word of the city that knows him best: We don’t want him here, but we don’t want him anywhere near the White House either.”