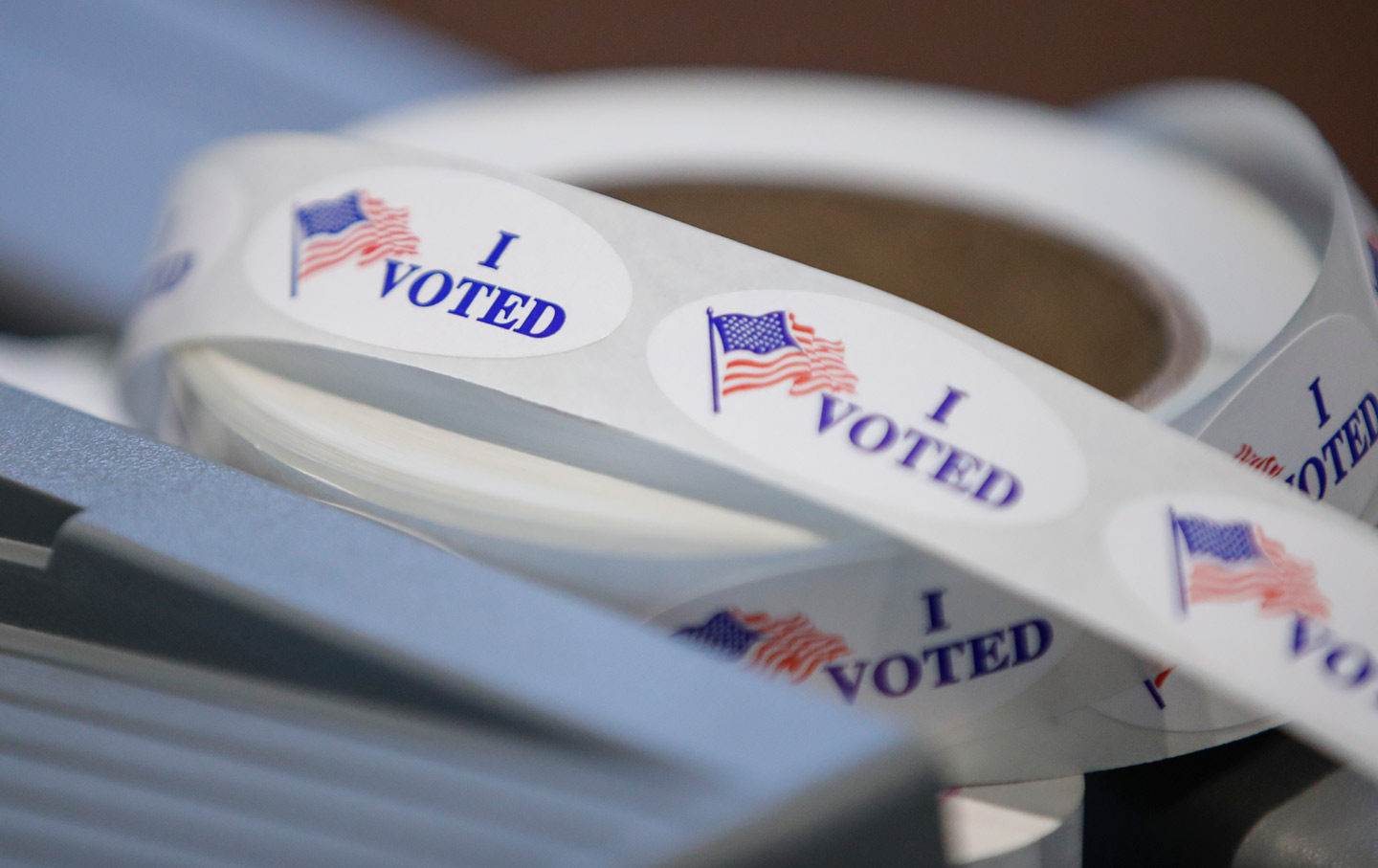 With the approach of Tuesday’s critical election to choose a Kentucky Democrat to take on Republican Senate majority leader Mitch McConnell, the headline in the state’s largest newspaper announced, “New poll shows Charles Booker surging past Amy McGrath in Kentucky’s US Senate primary.”

The insurgent campaign of Booker, a Louisville legislator who champions economic, social, and racial justice, has upended expectations that the more cautious candidacy of McGrath, a former Marine fighter pilot and defeated 2018 congressional candidate who was recruited by DC insiders, would sweep the primary voting. Instead, Booker has collected endorsements from Kentucky’s largest newspapers, unions, Democratic legislators, and former statewide officials and turned what was supposed to be a sleepy contest into one of the most exciting primaries of 2020.

But there’s a problem. Voting rights experts and Kentucky lawmakers say the state is not prepared for a high-turnout primary. “Fewer than 200 polling places will be open for voters in Kentucky’s primary Tuesday, down from 3,700 in a typical election year,” The Washington Post reported last week. “Amid a huge influx in requests for mail-in ballots, some voters still had not received theirs days before they must be turned in. And turnout is expected to be higher than in past primaries because of a suddenly competitive fight for the Democratic Senate nomination.”

In Jefferson County, home to Louisville and the largest number of African American voters in the state, all voting will take place at a single convention and visitor center. There will be multiple spots to line up in and around the building to cast votes at a number of polling stations. But everyone in a county with more than 600,000 eligible voters who wants to cast an in-person ballot on election day will have to make their way to this one facility.

Booker, an African American legislator who has been a prominent supporter of #BlackLivesMatter protests in the city where Breonna Taylor was shot and killed by Louisville Metro Police Department officers on March 13, is counting on a large vote from his hometown. Frustrated by the shuttering of polling places, he says, “When we have one polling (location) for the city of Louisville, that is unexcusable.”

This is not just a case of a candidate fretting about the prospect of trouble on election day.

Tricia “CK” Hoffler, the incoming president of the National Bar Association, the nation’s oldest and largest national network of predominantly African American attorneys and judges, called Kentucky’s reduction in the number of polling places “the worst kind of voter suppression.”

“This is horrific,” said Hoffler. “It could be worse than Georgia.”

That was a reference to the Georgia primary in early June, where many African American voters had to wait as long as five hours to cast ballots in an election so mangled that it was characterized as a “complete meltdown.” The Georgia mess came after Wisconsin’s April “pandemic election,” in which voters who did not receive absentee ballots were forced to choose between following health warnings for preventing the spread of Covid-19 and their right to participate in a hotly contested state Supreme Court race.

Noting that Jefferson County is “54 miles long with poor public transit,” Kristen Clarke, the president and executive director of the Lawyers’ Committee for Civil Rights Under Law, argues, “It’s outrageous that officials are seeking to hold in-person elections in a single location. It’s as if Kentucky failed to follow the crisis that unfolded in Wisconsin and Georgia, where officials were woefully unprepared for the turnout on Election Day.”

As in Wisconsin and Georgia, decisions to change traditional approaches to voting were influenced by concerns about the coronavirus pandemic. Yet as Clarke explained, after reviewing details of Kentucky’s approach, “This is POOR decision-making.”

Many Kentuckians agree. State Representative Jason Nemes, a Republican from Louisville, and voters from counties across the state sued to upend the plan, arguing that it could lead to “significant voter suppression.” Last week, after a federal judge rejected that suit, Nemes and Louisville Metro Councilwoman Keisha Dorsey, a Democrat, said in a joint statement that “we regret that the Court did not order more polling locations to open across the county.”

So the election is going forward, and Booker says, “We’re ready to fight on all fronts.” Echoing the message of voting rights activists, his campaign is urging people to vote early where they can. Booker says they are also providing information about where and how to vote, organizing buses to get people to the polls, and making sure that voters who are stuck in long lines have adequate food and water. These efforts have drawn national notice. Over the weekend, filmmaker Ava DuVernay was urging her Twitter followers to support the “Voter Bus Fund” with the message, “We need to get folks to these polling places and we need to help them stay in line.”

Despite all the challenges, Booker says he is confident that voters will do whatever they must in order to get their ballots cast and counted. “They’re trying to suppress voters,” the candidates says, “but they are inspiring people” to turn out.