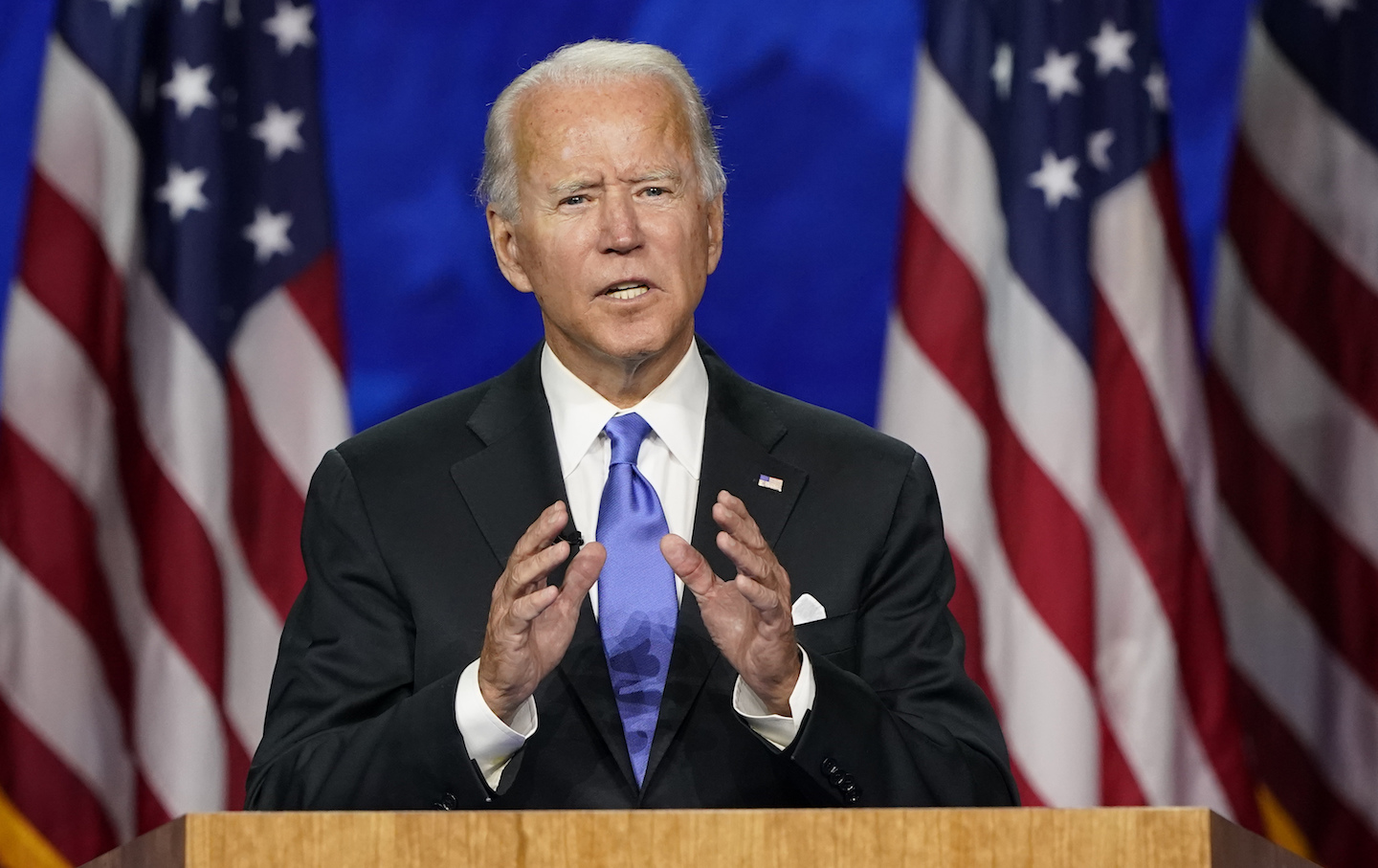 America, indeed the entire world, is in a season of death. Every day, hundreds of Americans die from Covid-19. Given this reality, it’s not surprising that the Democrats have had a death-haunted convention. Indeed, one of the main qualities of Democratic presidential nominee Joe Biden repeatedly touted in the convention was his ability to comfort the grieving.1

This is a skill Biden learned the hard way. He is, famously, a man who has been acquainted with grief. In 1972, he lost his first wife, Neilia, and their daughter, Naomi, in a car accident. In 2015, Beau Biden, one of two sons who survived that accident, died of cancer.2

Biden’s ability to relate to those in pain was a recurring theme in the convention. On Thursday night, Delaware Senator Chris Coons said, “I’ll never forget how Joe took the time to offer me words of comfort as my father lay in hospice. Time and again, I’ve seen him stop everything and listen, really listen to someone who needs a shoulder to cry on or a partner in prayer. That compassion, that empathy is part of his character.”3

Biden’s acceptance speech focused on the need to get the Covid-19 pandemic under control—something, he pointed out, that Donald Trump has failed to do. But Biden also used the pandemic to talk about grief:4

I know how it feels to lose someone you love. I know that deep black hole that opens up in your chest. That you feel your whole being is sucked into it. I know how mean and cruel and unfair life can be sometimes.5

First, your loved ones may have left this Earth but they never leave your heart. They will always be with you.7

And second, I found the best way through pain and loss and grief is to find purpose.8

As God’s children each of us have a purpose in our lives.9

Biden’s acceptance speech was one of the most religious statements a Democratic politician has made since Jimmy Carter’s presidency. It was saturated with the language of faith.10

Biden is, in effect, running to be a national grief counselor, someone who can guide the nation through a period of pain.11

It’s worth contrasting Biden’s language with words Donald Trump spoke on Fox News on August 17 about the death of his younger brother, Robert:12

Well, we did interact, and he was always there and he was, you know, he wasn’t a jealous person, he was a very smart guy. But he wasn’t, you know, he would be there and he’d be behind me, and if I had the number one show, if I had a big success, and no matter what I did, whether it was real estate deals or anything else, he was right there, in many cases helped me very much with whatever I did and then when I became president, he was I think one of the most loyal people. He—there was no jealousy, you know, a lot of times in families, I hate to say it, but there’s jealousy, and especially among children and among children that are competitive children, because he was very competitive, there was not an ounce of jealousy, he’d go around talking about how great this is for the country and it’s so incredible and he was my biggest fan. People would tell me all the time, “I spoke to your brother and your brother was so thrilled and so thrilled at what was happening.” And what was happening for the country. He was so angry with China, because of what happened where the plague came in and they shouldn’t have allowed it to happen, they could have stopped it, he was so upset by that it was he couldn’t, more than people would be upset, a lot of people have already forgotten, and you can’t forget, but he was a fantastic guy.13

Trump’s narcissism is on full display with his praise of his brother for not being jealous of Trump’s success. But there is also an undercurrent of anger and resentment that shines forth in the comments about China.14

Biden offers America a chance to confront grief; Trump can’t process grief without expressing grievance. The poet Robert Frost once said, “Poetry is about the grief. Politics is about the grievance.” This might explain why Biden, even as he runs for president, isn’t really running a political campaign in the normal sense. There’s very little ideology in his speech; rather, he is making a personal argument about decency and shared humanity.15

Trump’s political strength is also his personal weakness. He shows no ability to deal with suffering maturely, even though he can effectively turn widely shared pain into expressions of anger.16

The choice facing Americans is not only political but, as Frost would recognize, personal and poetic: Do American citizens have the maturity to tackle grief without embracing grievances?17