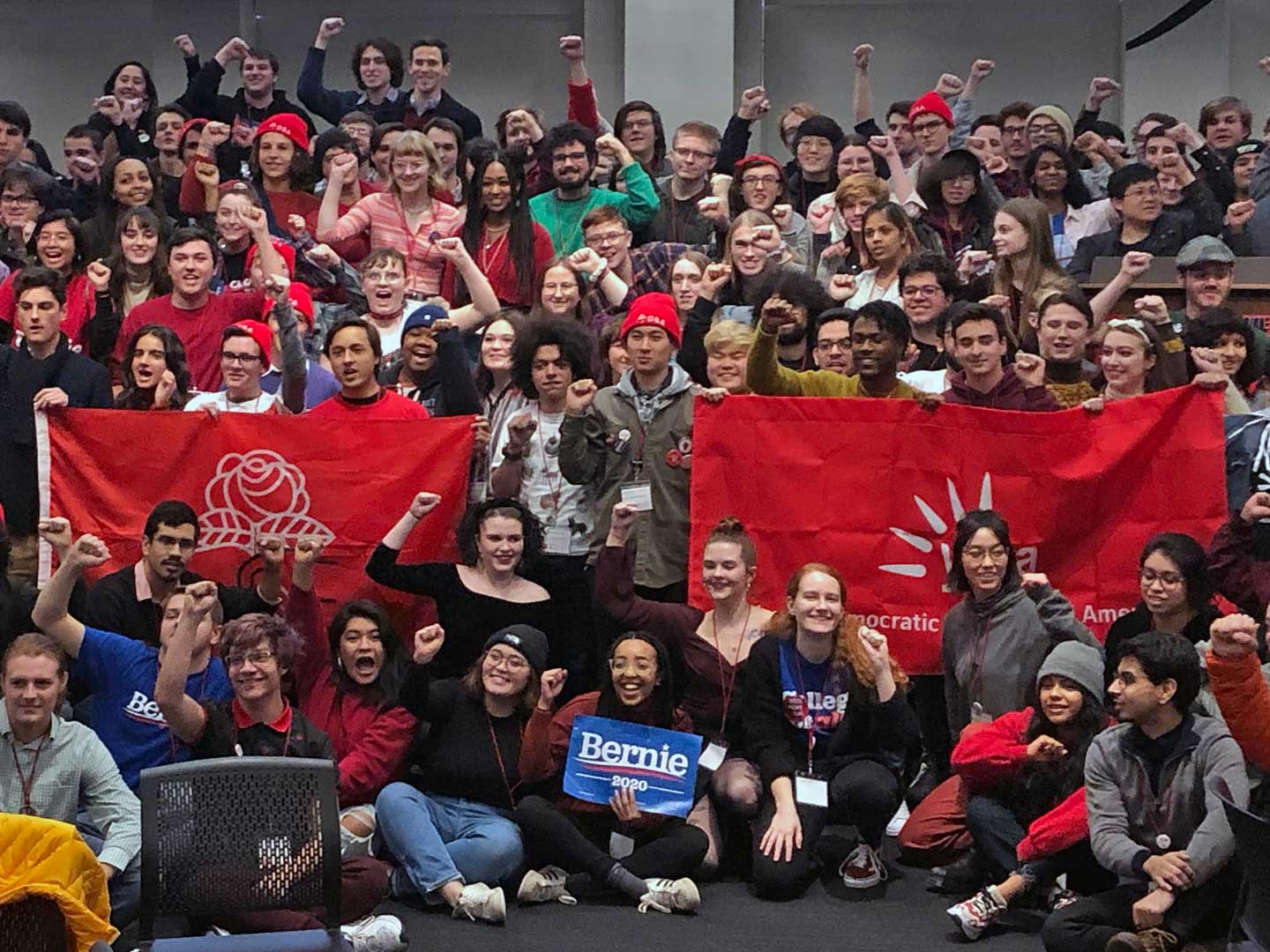 For Tarig Robinson, it was seeing those images of immigrant children lying on the floors of detention centers, huddled under aluminum blankets. “I knew I couldn’t just sit there,” he says. “I had to do something about it.”

Robinson was in Washington, DC, and he heard about a protest planned for Northern Virginia, outside the home of Thomas Homan, the former acting head of Immigration and Customs Enforcement. The action was organized by the Metro DC chapter of Democratic Socialists of America (DSA).

“The people there had a common sense of purpose,” says Robinson. “This seemed markedly different from other forms of political engagement I’d grown up with, where it was all about this polite engagement with the powers that be. Here, we were going to this person’s house, and we were confronting him with at least a tiny fraction of the terror that the Blackshirts he commanded presented to undocumented people.”

That sense of purpose led Robinson to the Temple University chapter of the Young Democratic Socialists of America (YDSA), the campus wing of DSA, when he began classes there last year—and this past weekend to a frigid Chicago, where he and 250 other students convened in the Chicago Teachers Union Center for the YDSA Winter Conference. 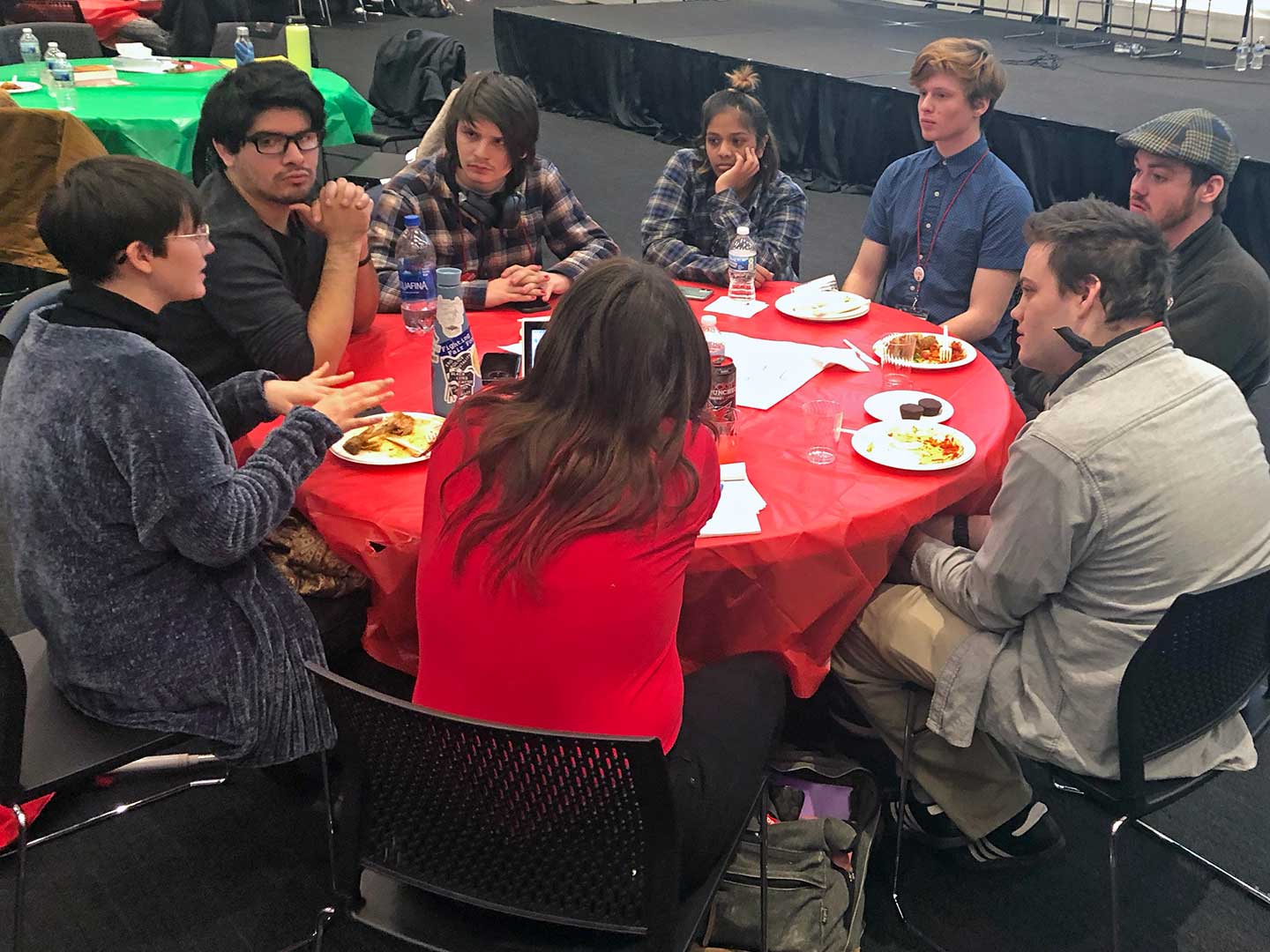 Sarandon Elliott, a student at the University of Virginia (UVA) in Charlottesville, was drawn to YDSA for similar reasons. “I grew up in a working-class black neighborhood in Richmond, Virginia, and I just saw that capitalism has never worked for the working class, especially black working-class folks. It’s time for a change, it’s time for radical change.”

Others were won over by democratic socialism’s recruiting officer in chief: Bernie Sanders, the oldest candidate in the presidential race, whose most fervent base of support is among the youngest voters. Amelia Blair-Smith was inspired by Sanders’s 2016 campaign while she was a high school student in suburban Chicago. She joined DSA after Donald Trump won the 2016 election and sought out the YDSA chapter at Carleton College as a freshman one year later.

Many YDSA members are knocking on dorm room doors to build support for Sanders, and the enthusiasm for his underdog successes in the 2020 primaries ran through the conference. The featured speaker was Phillip Agnew, cofounder of the Florida anti-racist organization Dream Defenders and now an official surrogate for the Sanders campaign. 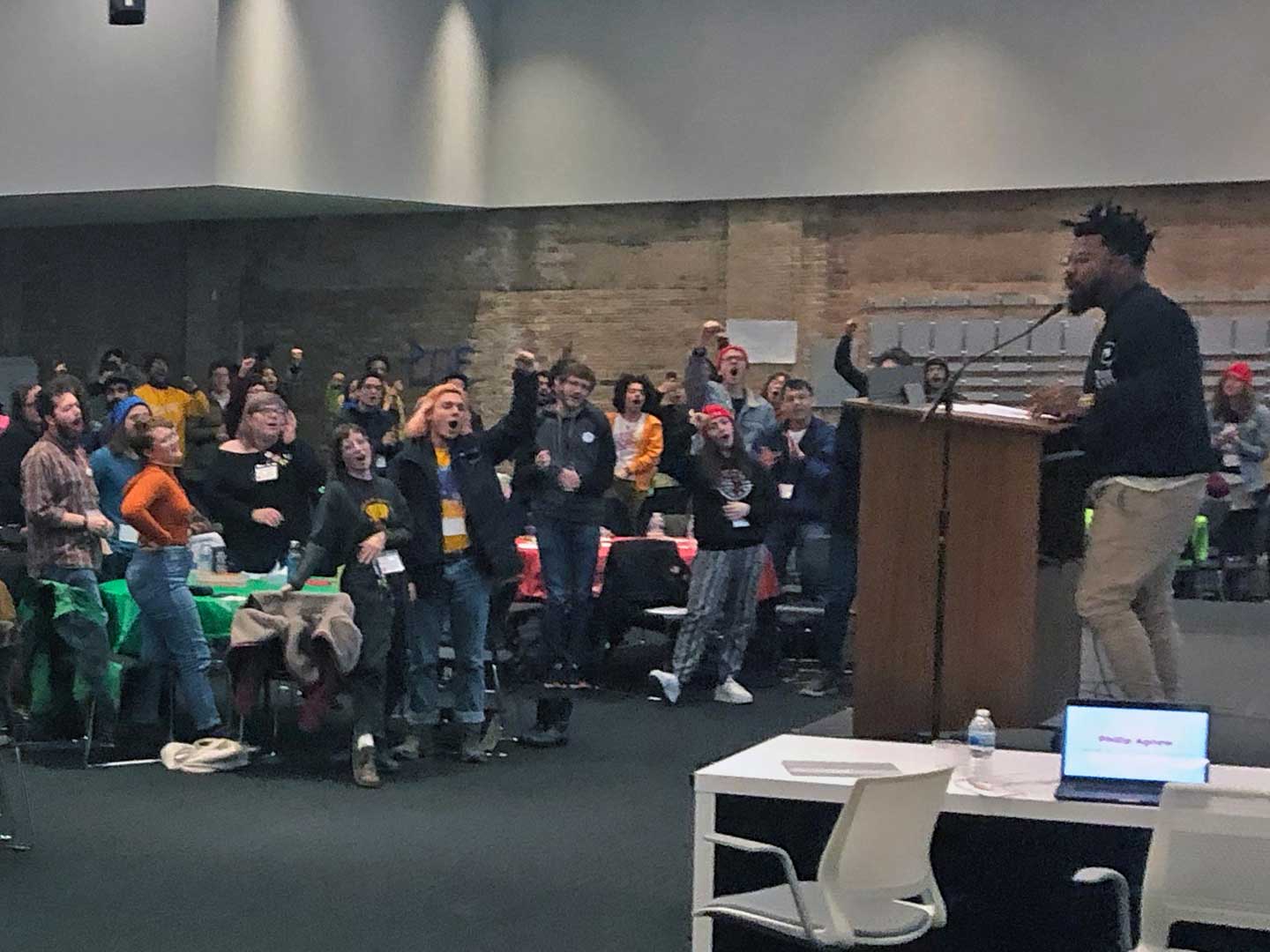 Still, canvassing for Bernie comes alongside other YDSA activism: At Temple, Robinson’s chapter wants the administration to cut ties to food services providers that contract with privatized prisons and detention centers. At UVA, Elliott is part of YDSA’s College for All initiative in coalition with other campus groups to make the school accessible to working-class students. Blair-Smith’s first taste of activism at Carleton was the campaign to raise the campus minimum wage from $9.50 to $15 an hour.

For Kristen Cervero, a New York University student and fellow national YDSA cochair with Blair-Smith, all this is bound together in connecting students with democratic socialism. “In the past or the present, whether it be Quebec or Chile, or here during the anti–Vietnam War movement, students and young people have always been in the forefront of fighting for these ideas, so it’s important for us to organize students who care about things like a Green New Deal and Medicare for All, and make sure that they’re engaged in the struggle.”

YDSA has grown dramatically since 2016, with nearly 100 chapters at the start of this year. Joseph Tejada, who moved to New York City from the Dominican Republic two years ago, says YDSA is also expanding its reach from more affluent campuses to working-class schools like LaGuardia Community College, where he is in his fourth semester.

Given the challenges of organizing on a campus where many students go part-time because of jobs and family responsibilities or financial constraints, Tejada says it took a lot of work to grow the chapter from two core members to five since the start of the school year, with others who come to meetings occasionally.

Students at a school like LaGuardia “don’t have a lot of faith in the system,” Tejada says. “When we talk with them, they mostly tell us they’re not political. So our job has mainly been to let them understand that they are indeed political. We start to ask about things that they care about, and most of the time, they end up understanding that they need to be politically engaged, though they may not immediately sign up to be a member.” 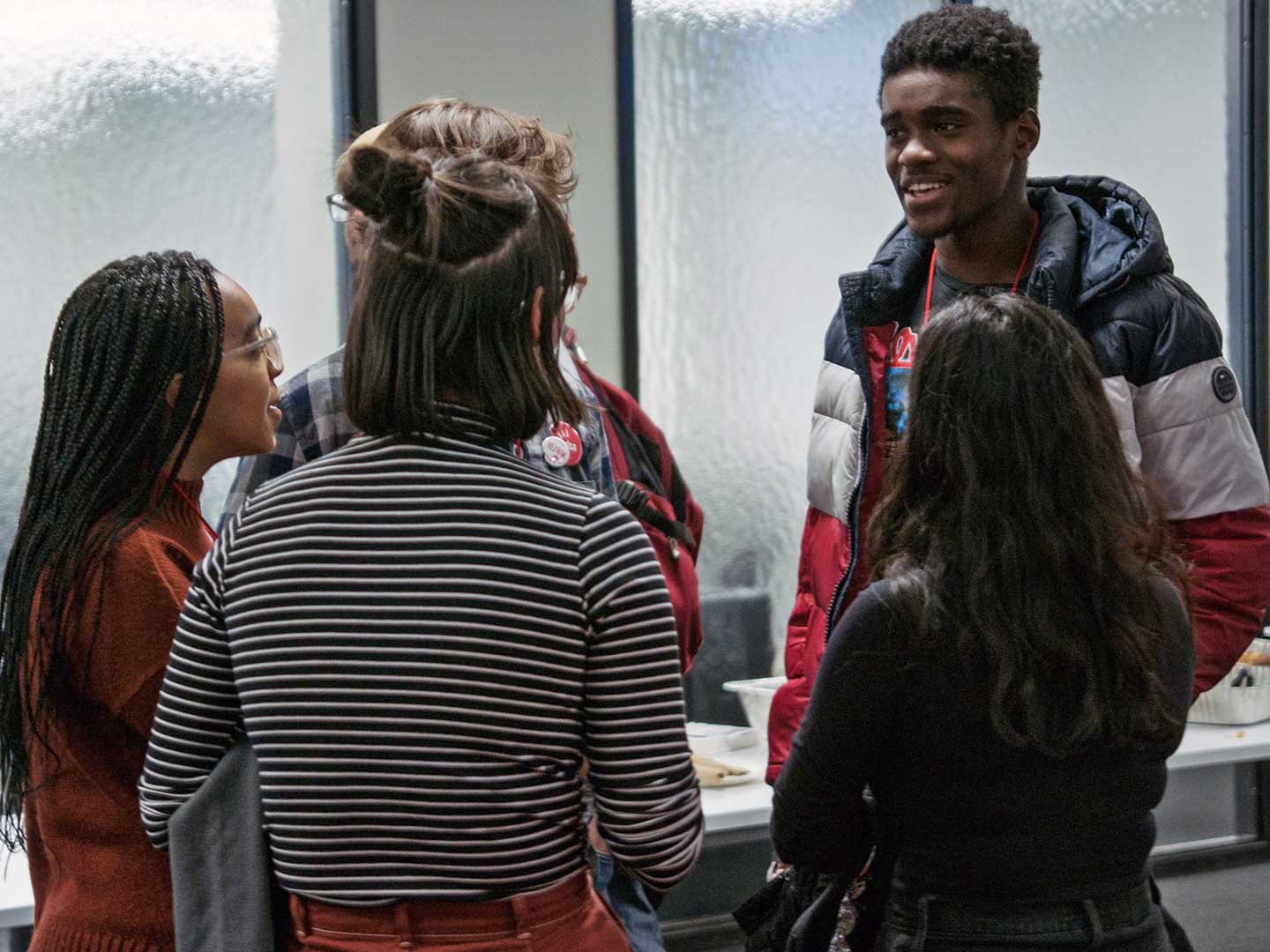 Talking about Bernie Sanders’s campaign is “a gateway for students to better understand what socialism stands for,” says Tejada. But the conference attendees last weekend were quick to say that the conversation doesn’t end there.

“It’s not about getting him elected and having him put this, this, and that in place,” says Tarig Robinson. “It’s about building working-class power.” He thinks Sanders, as the candidate with the most popular platform, will win. “But it’s not all about him. He says it himself: ‘Not me, us.’ It’s about rebuilding the labor movement, and it’s about rebuilding a working-class movement capable of winning economic justice.”

Cervero, speaking in one of the conference’s final sessions, urged YDSA members “to start thinking about how we’re going to run beyond Bernie, and what you’re going to be doing on your campuses and in your communities to do that. We’re going to be running straight into sites of struggle—that’s where we matter.”