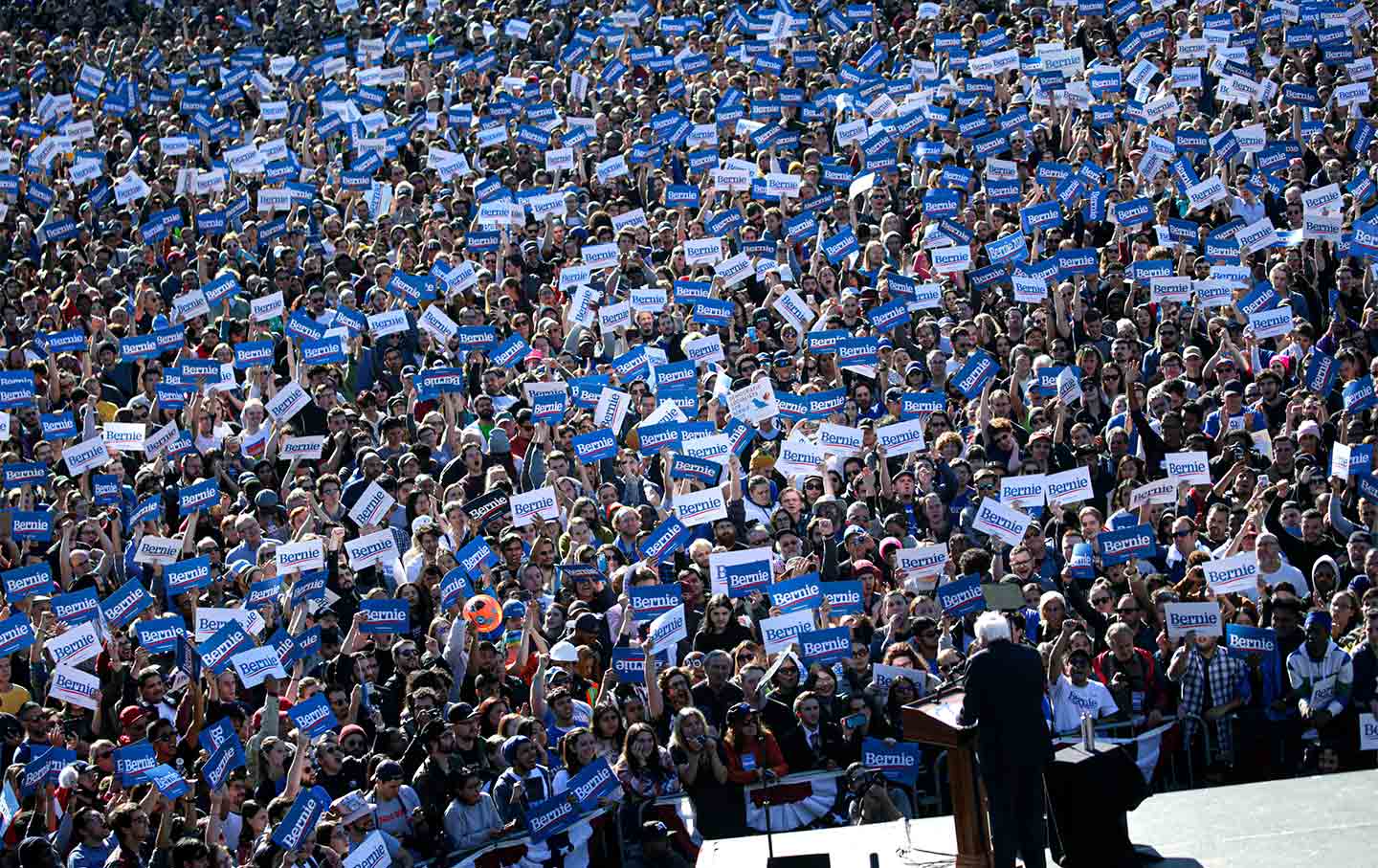 When Bernie Sanders first told me that he was seriously entertaining the prospect of bidding for the presidency, in February of 2014, he was not prepared to use the typical language of presidential contenders. I noticed how he avoided saying, “When I am president…” or even “As president, I will…” Instead, he spoke of building movements and educating people about what might be possible in our politics.

He literally told me in an interview that would be the basis for a Nation cover story—headlined, “Bernie Sanders: ‘I Am Prepared to Run for President of the United States’”—that “a campaign has got to be much more than just getting votes and getting elected. It has got to be helping to educate people, organize people. If we can do that, we can change the dynamic of politics for years and years to come.”

Over the ensuing six years, in a quest for the Democratic presidential nomination that was framed around two formal candidacies and informal campaigning that never really stopped, Sanders doggedly pursued that vision. He adjusted his language slightly, recognizing that it was necessary in American politics to encourage voters to imagine a Sanders presidency. Eventually, Sanders embraced the prospect himself, as polls suggested early in 2019 and again early in 2020 that he was the front-runner in a crowded Democratic field. But, after a series of primary defeats in March, and with his poll numbers slipping, Sanders slid back into the status he had known late in the 2016 campaign: that of the last challenger standing to a presumed nominee. And, on Wednesday, he suspended his campaign with a kind word for the presumptive nominee, former vice president Joe Biden, and an extended message to supporters that renewed the old language of movement building and education.

Sanders acknowledged that he would not be the transformative democratic socialist president of the United States. He would not even be the Democratic nominee for president. He would be a senator, one of 100, struggling to advance policies in the midst of the coronavirus pandemic and the economic collapse that has extended from it. “We are now some 300 delegates behind Vice President Biden and the path to victory is virtually impossible,” he told supporters Wednesday, via the live-streaming technology that has become the primary vehicle of political communications in this Covid-19 moment.

Yet the senator was far more energetic when he declared, “While this campaign is coming to an end, our movement is not.”

“Let me say this very emphatically. As you all know, we have never been just a campaign,” Sanders said. “We are a grass-roots multiracial, multigenerational movement which has always believed that real change never comes from the top on down, but always from the bottom on up. We have taken on Wall Street, the insurance companies, the drug companies, the fossil fuel industry, the military-industrial complex, the prison industrial complex and the greed of the entire corporate elite. That struggle continues.”

But the immediate success of the movement—and its potential to achieve more success in this critical moment—is what excites Sanders most. He intends to be a powerful force in the Democratic Party, and he expects that the delegates he had already won—and those he may accumulate in the contests yet to come—will write a platform that is the most progressive in the history of the party. At a more fundamental level, he expects that this radical program will form the necessary alternative vision to the austerity agenda that conservatives are sure to advance as the crisis eases. 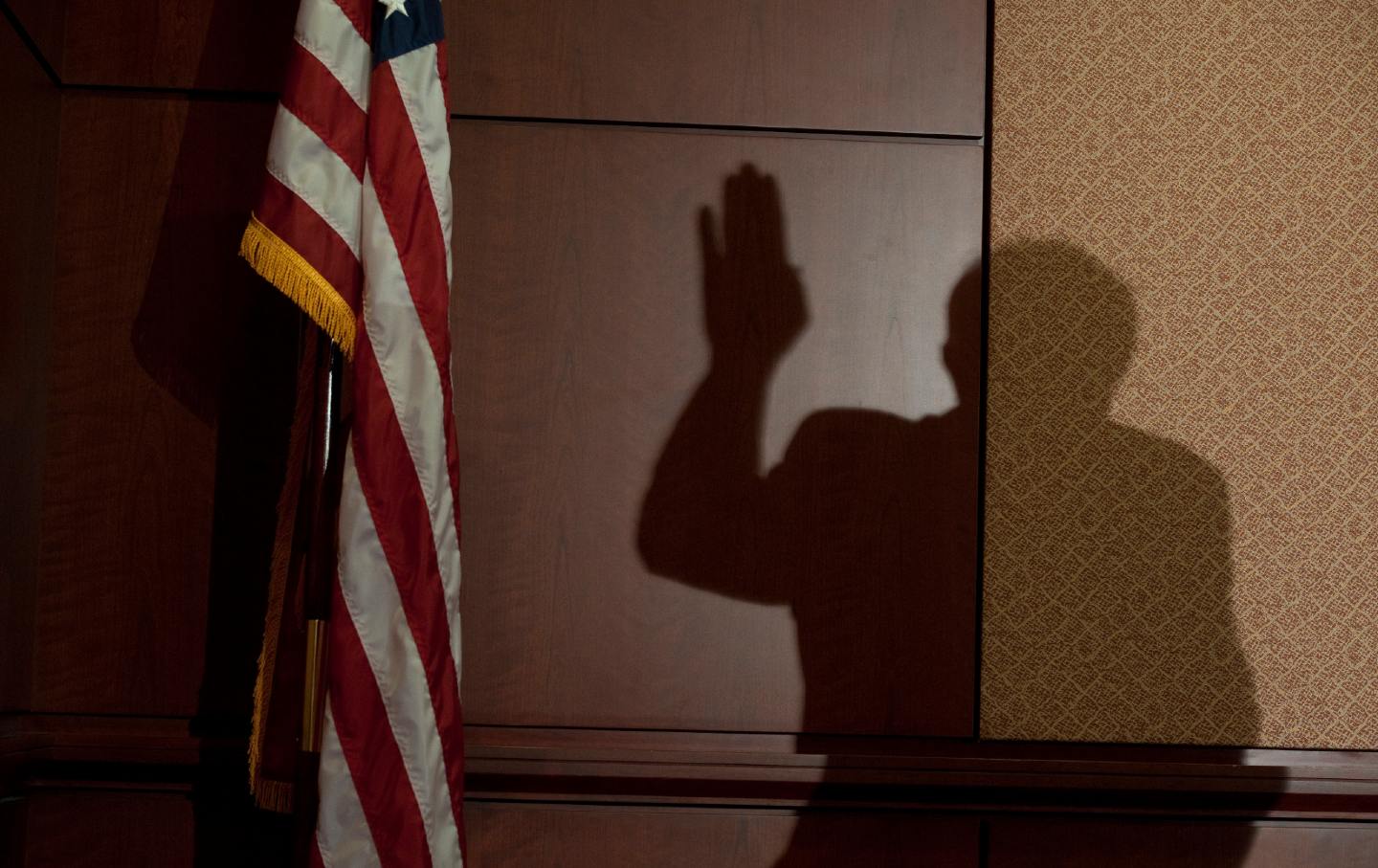 When we spoke last week, our conversations focused primarily on the pandemic and the policies that Sanders says must be advanced to address it. But the senator also argued that it will be easier to secure health care for everyone who needs it at no cost, to protect workers with guaranteed wages and super-charged unemployment insurance, to preserve the postal service, and to sustain robust democracy because of the change in our politics that his campaigning has helped to achieve.

“Let me start by putting things in perspective,” he began:

I think the progressive movement has a great amount be proud of in terms of what we have accomplished in recent years. Right now, we have very clearly won the ideological battle. On issue after issue, which four or five years ago seemed to be radical and extreme, progressive positions are now widely supported by Democrats in general and in many cases by the American people. We have taken this country a very, very long way in a progressive direction, and at the end of the day, that is enormously important.

So I think I’m very comfortable in saying that, certainly within the Democratic Party, and I think more broadly within the country, we are winning the ideological struggle, and we should be very proud of that.

The second point, equally important, is the future of this country does not rest with people who are 75 or 80 years of age. It rests with the young people. In terms of ideology, we are winning young people overwhelmingly. Overwhelmingly.

Those are two enormous victories that we have won.

Bernie Sanders is right. The progressive movement is in a different, and in a stronger, position that it was in 2014 when he first entertained the prospect of bidding for the presidency. The senator wisely notes that it is not just his campaigning that made the change. Non-electoral movements have reshaped our idealism and our practical politics in recent years, on issues of economic and social and racial justice. In that great reshaping, however, the role that Sanders has played cannot be underestimated. Having a presidential candidate who championed movements and amplified their messages has mattered enormously. Progressives did not get a President Sanders. But, as he suggested six years ago, they have changed the dynamic of politics for years and years to come.