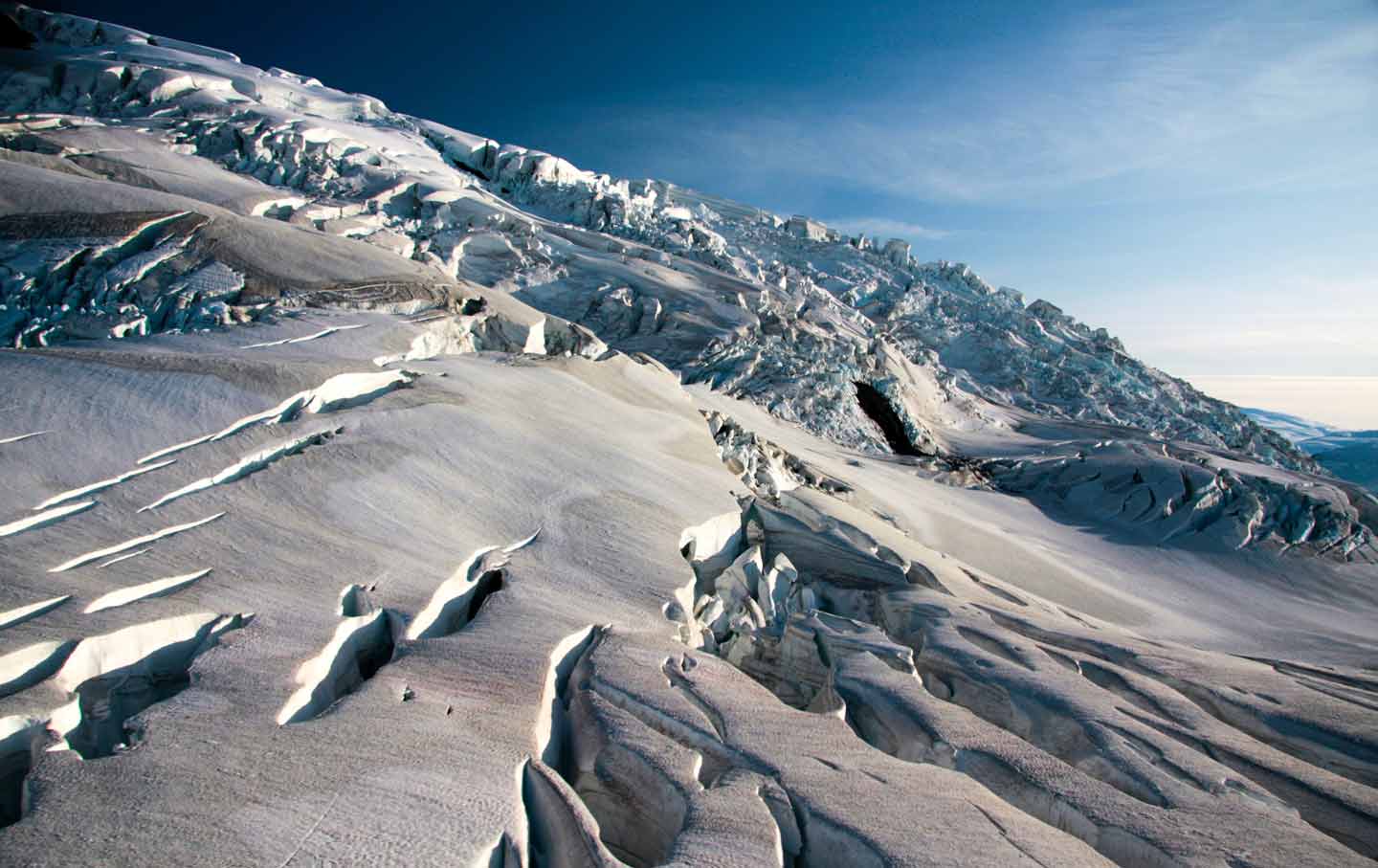 On April 25, CNN broadcast one of the very best pieces of climate journalism ever run by a mainstream US news organization. In The Road to Change: America’s Climate Crisis, Bill Weir, the network’s chief climate correspondent, leads viewers on a briskly paced, beautifully shot, scientifically robust road trip into the nation’s rapidly unfolding climate future. At a time when network television as a whole continues to underplay the climate story, The Road to Change establishes a standard of excellence that newsrooms of all types—TV, radio, digital, or print—can learn from and emulate.

Demolishing the stereotype of climate stories as earnest, predictable turnoffs, The Road to Change spotlights the human side of the climate crisis without preaching or pulling its punches. In the course of 90 minutes, we meet one compelling character after another: members of America’s “first underwater homeowners association,” in inexorably submerging Miami, comforting one another about dwindling property values; weather-battered Iowa farmers whose Christian faith compels them to climate activism despite snickers from their conservative neighbors; a victim of California’s record Paradise fire who, surrounded by houses reduced to ashes, says he’s “yet to see any substantial proof” of a changing climate; young Sunrise Movement activists forcing the Green New Deal into the national political conversation; and a smattering of big-name scientists and politicians. Jovial yet deeply informed, Weir treats his subjects with absolute respect, gaining their trust and ours. By telling the story through the experiences of these flesh-and-blood human beings, the documentary makes the urgency of the climate crisis, as well as its solutions, vivid and immediate to anyone with an open mind.

In a brave departure from most recent climate journalism, The Road to Change does not labor to draw connections to the coronavirus, implicitly insisting that the climate crisis is plenty serious enough to merit attention on its own. In an interview for this article, Weir made the point explicitly: “This pandemic is just a dress rehearsal for what we’re going to go through the next 50 years with climate change.”

The pandemic may account for the documentary’s one shortcoming: CNN aired it at 10 pm ET on a Saturday, a time slot when viewership is usually below average. The program was watched in real-time by over 1 million viewers in the United States, a CNN spokesperson said. It was also simulcast on CNN International; viewership figures for the global audience were unavailable at press time. The Road to Change remains available on demand via cable and satellite systems, the CNNgo platform, and CNN mobile apps.

“When there are huge stories like this pandemic unfolding hour by hour, [CNN] errs on the side of the audience wanting to know what’s happening right now with [that huge story],” explained Weir, who nevertheless stressed that CNN’s top management championed his project from the start. “They came to me and asked me to do it,” he said of Jeff Zucker, the president of CNN; Michael Bass, executive vice president of programming; and Jim Murphy, head of the documentary unit. Weir had already distinguished himself with shorter climate reports, including a searing examination last May of “climate justice”—actually, the lack thereof—in pollution-clogged neighborhoods near oil refineries in Port Arthur, Texas.

Perhaps most instructive is how this documentary handles the science, seamlessly weaving it through the human stories that drive the narrative. Weir calls science “my map” to the climate future, and his command of that map is broad and up to date, yet lightly worn. When a scientist sharing a skiff with him in Miami Bay says sea levels there could rise three to six feet by 2100, Weir points out that “some of your colleagues predict as much as 15 feet…which means Miami’s gone.” The scientist concurs that “if we remain on this trajectory, there’s a real possibility [of that] happening.” Astute analogies and smart graphics are also employed to render complex science accessible. “Since 1961, Earth has lost the equivalent of a block of ice the size of the United States 16 feet thick,” Weir declares as an imaginary block of ice is superimposed over a map of the United States.

Nor does The Road to Change shrink from acknowledging that the human story of climate change boasts its share of human villains. Most mainstream news coverage omits one of the most important facts behind our dilemma: The giant oil and gas companies whose products have overheated the planet have known for decades they were leading civilization to disaster but chose to lie about that to keep profits booming. “Internal Exxon documents show they knew in ’82, but what did they do?” Weir asks. The screen fills with oil derricks furiously pumping up and down as Weir answers his own question: “Drill, baby, drill. And spin, baby, spin.”

“We are all products of the stories we hear,” Weir says at one point. Humans have never inhabited a planet as hot as today’s, he notes, and the physical momentum of climate change means that our “journey into change has only just begun.” To help us understand and navigate that journey as best we can, we need more stories like this one. With any luck, CNN will show it again—this time in prime time.