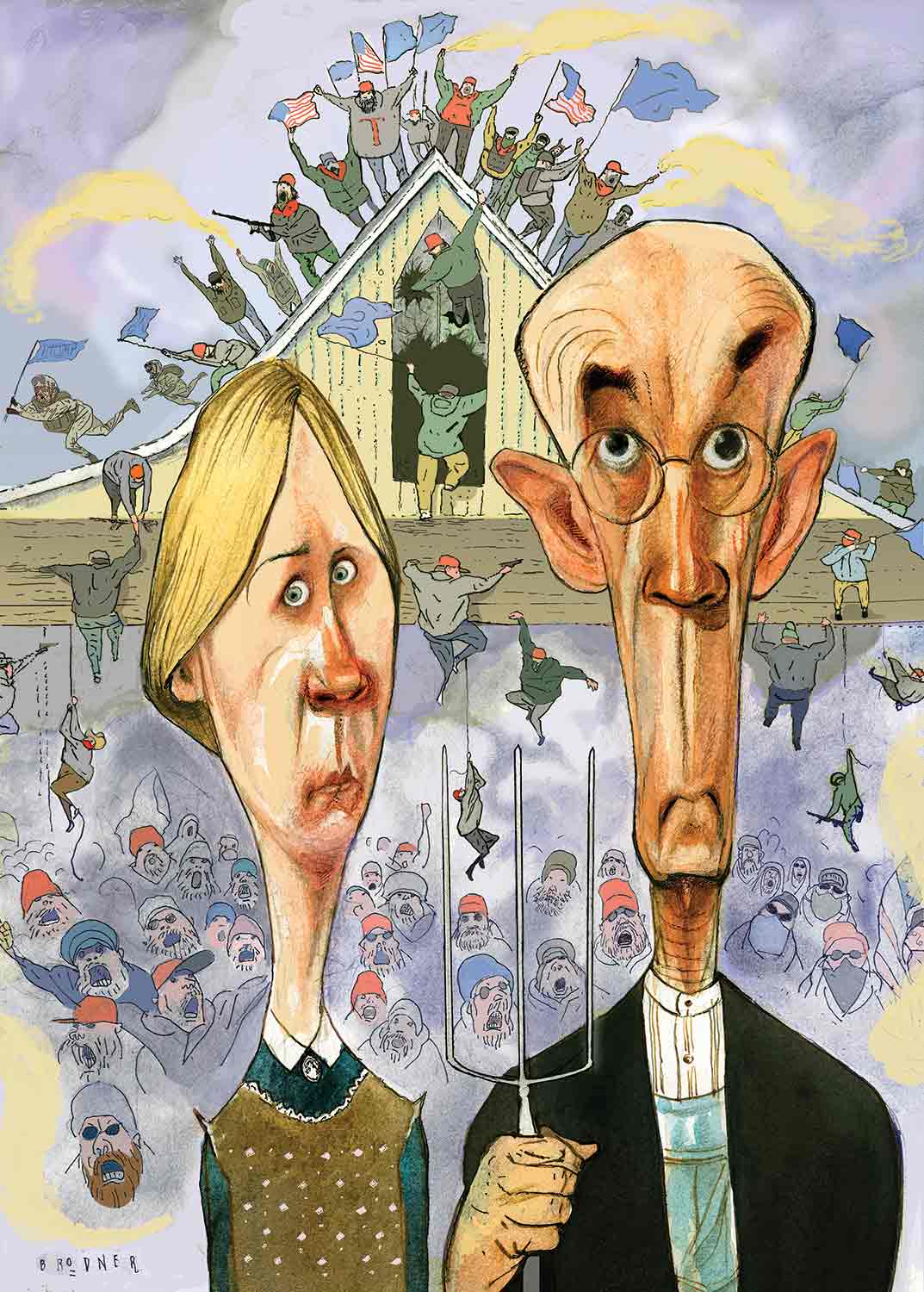 Back in 1960, A.J. Liebling reminded his fellow citizens that “freedom of the press is guaranteed only to those who own one.” As Steve Brodner knows only too well: Although he is considered by many (including me) to be the most brilliant caricaturist working today, the decline of print and the rise of editorial caution have meant fewer outlets for Brodner’s no-holds-barred graphic commentary. When, in the spring of 2020, Brodner felt compelled to chronicle the pandemic that was ravaging New York City and the world, he started publishing an illustrated newsletter, The Greater Quiet. He wasn’t the first to document the devastation brought on by a plague. In the 17th century, Samuel Pepys recorded the effects that the bubonic plague was having on London. In Pepys’s diary we learn that one of the ways Londoners protected themselves was by drinking cognac with cow urine. (Trump’s miracle cure, hydroxychloroquine, was still centuries in the future.)1

One difference between Pepys and Brodner is that the Brit was secretary to the Admiralty and never criticized another government official, no matter how corrupt or incompetent. Brodner, on the other hand, delights in mingling his sympathetic sketches of heroic hospital workers with vicious portraits of Trump’s hoodlums in high places.2 Postcard From the Edge

Like many people, I felt overwhelmed by the widening Covid-19 crisis. I have always dealt with my down periods by making pictures and writing things down. Journaling helps me look at my feelings as they occur, in real time.4 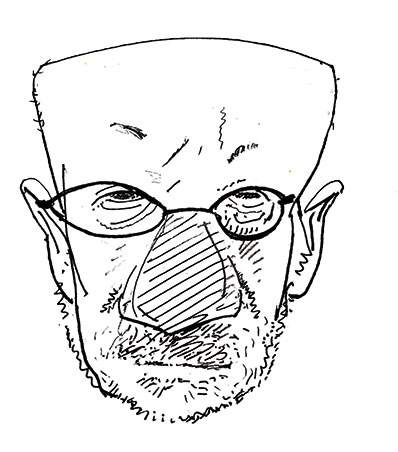 I began with a simple portrait of a young New York male nurse. Soon I was drawing every day: finding people who were suffering in this terrible mass death, whose faces and names our consciousness might retain for an extra moment, making more vivid the lives that had been cut tragically short. This became a personal memorial for me, like lighting candles around a photo on a street corner. As the consequences of the pandemic became exacerbated by Trump administration malfeasance and mendacity, calling those political actors out became a clear part of the story as well.5 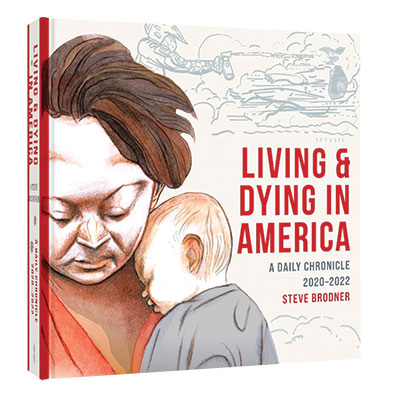 Living & Dying in America: A Daily Chronicle, 2020-2022 is published by Fantagraphics Books. This series continues weekly at theNation.com and daily at stevebrodner.substack.com.7 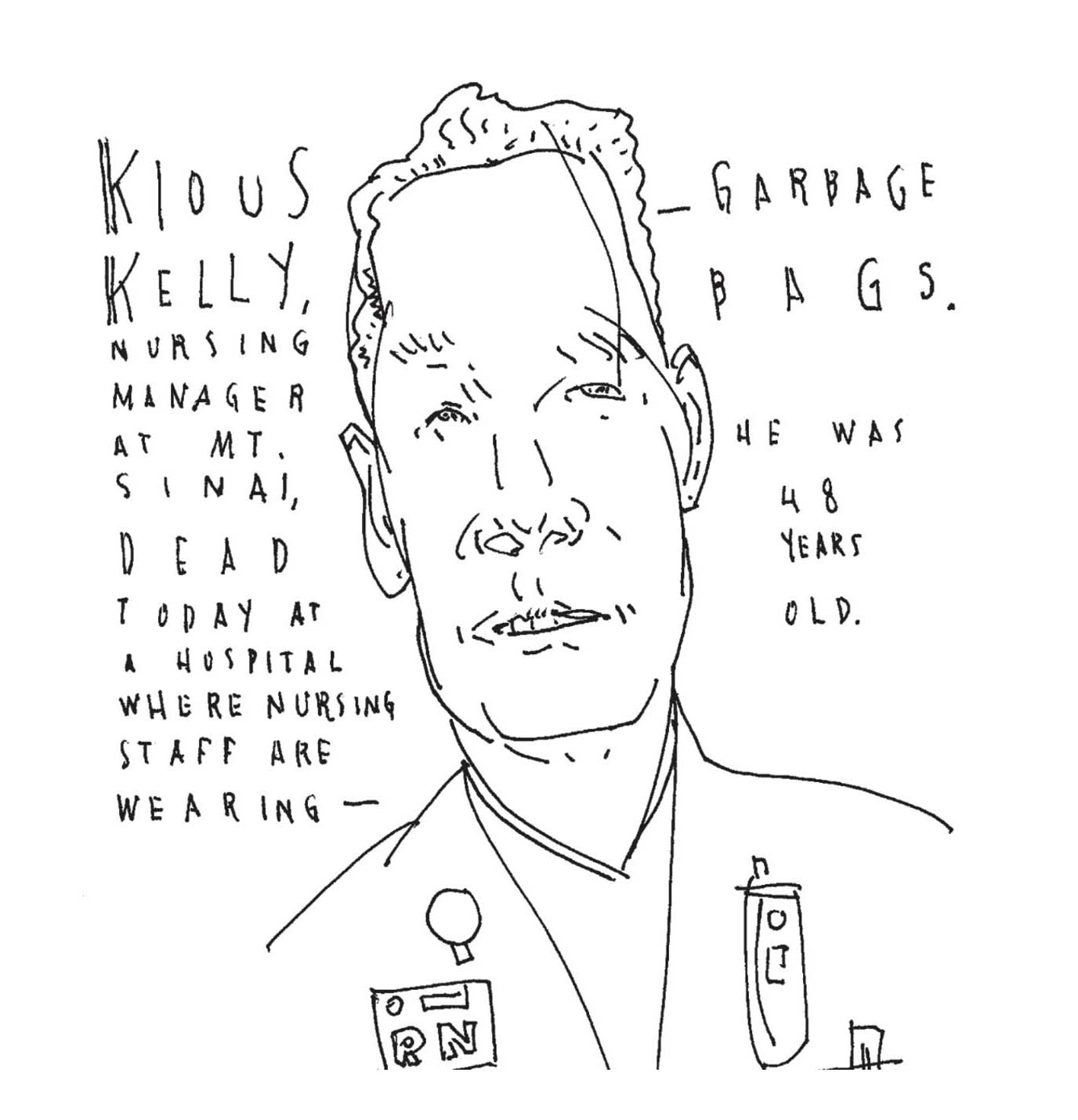 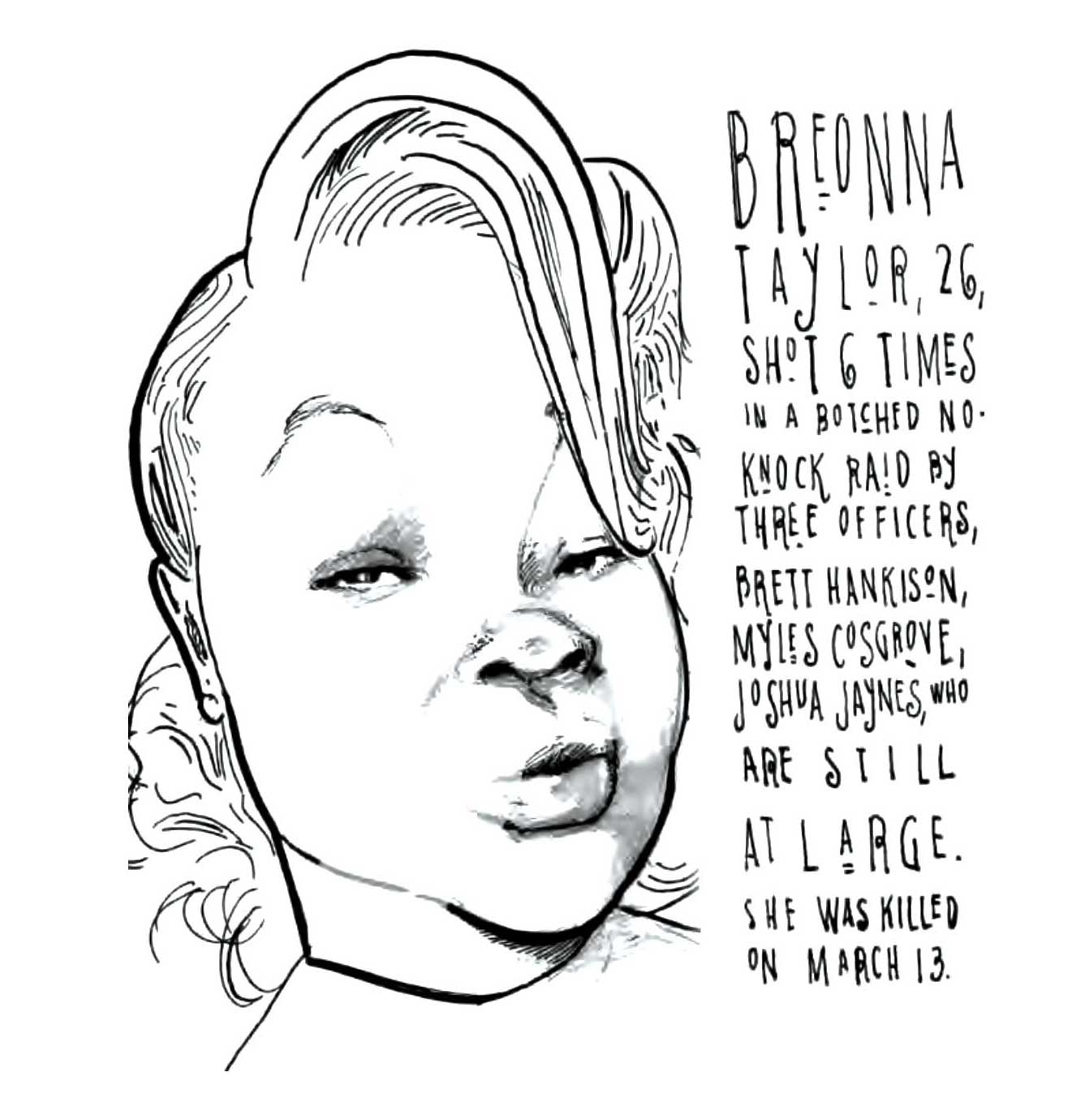 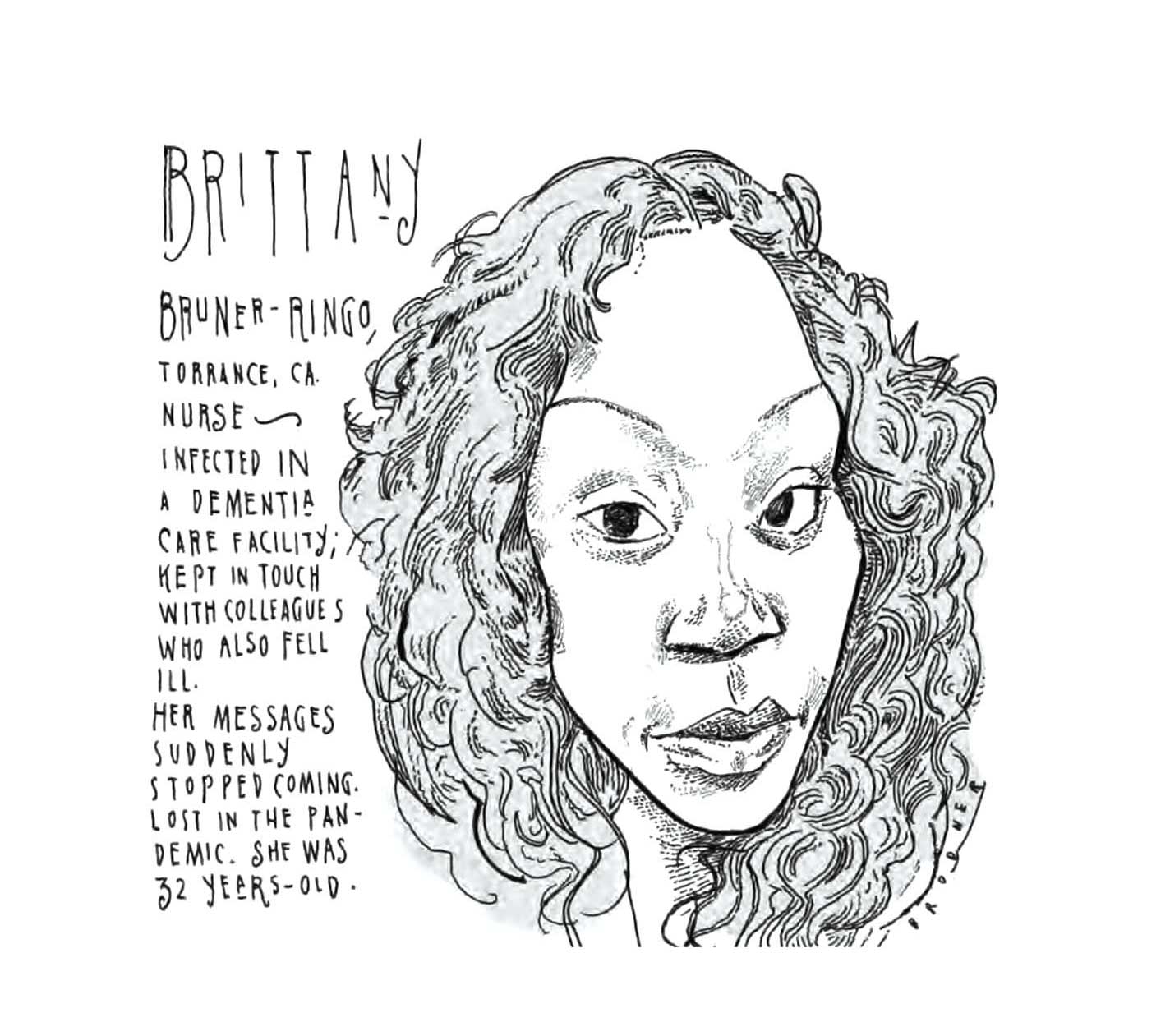 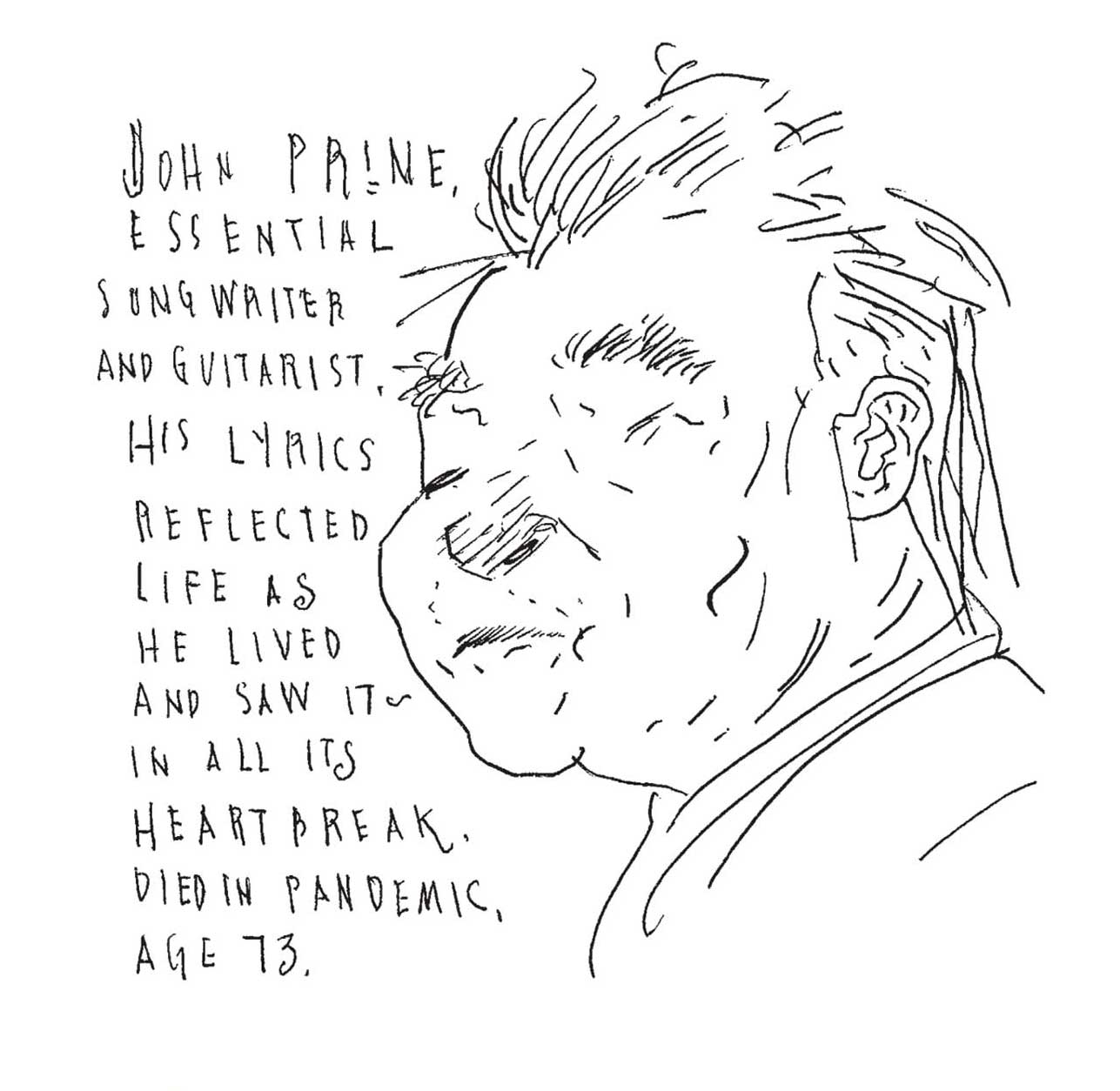 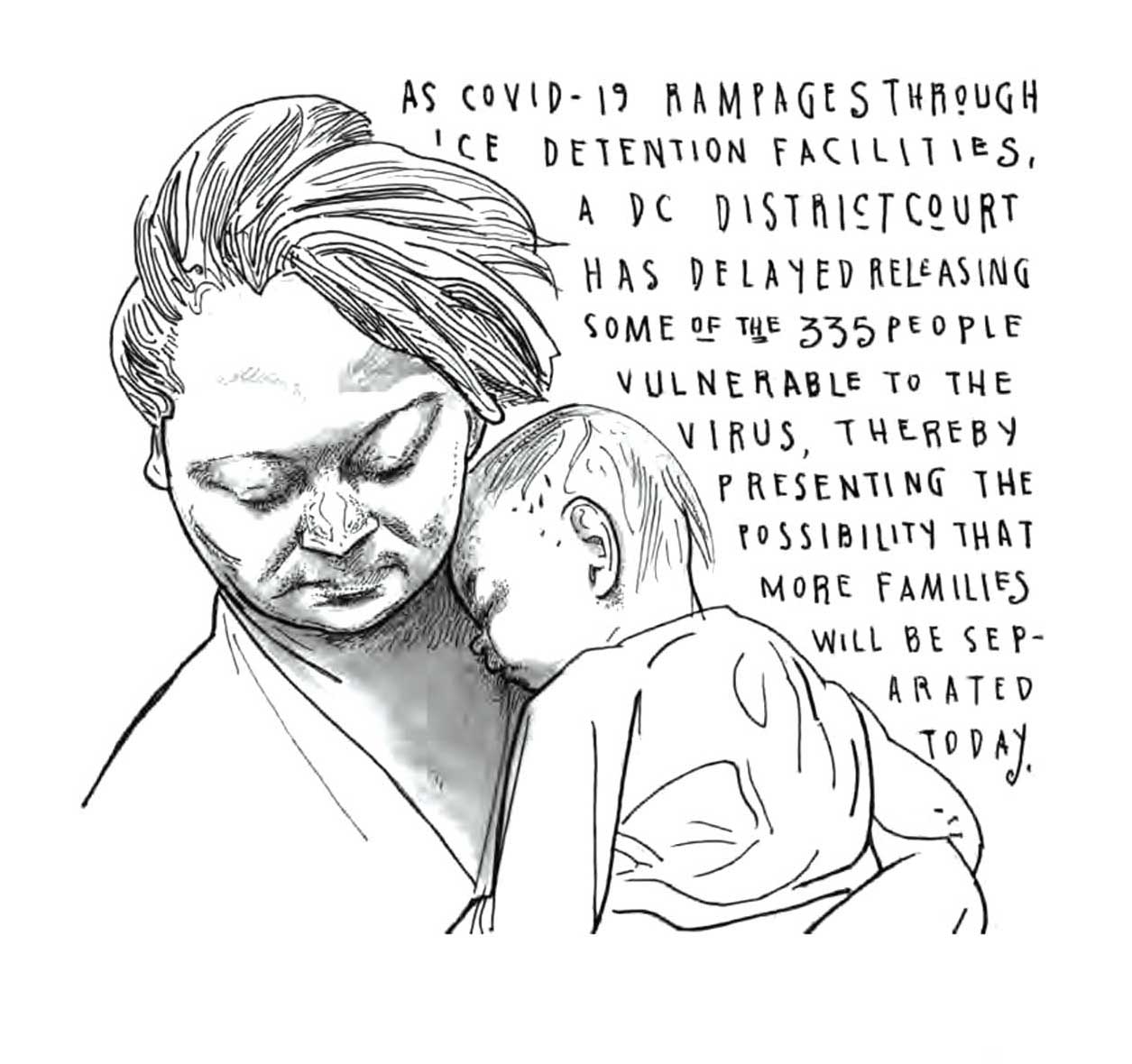 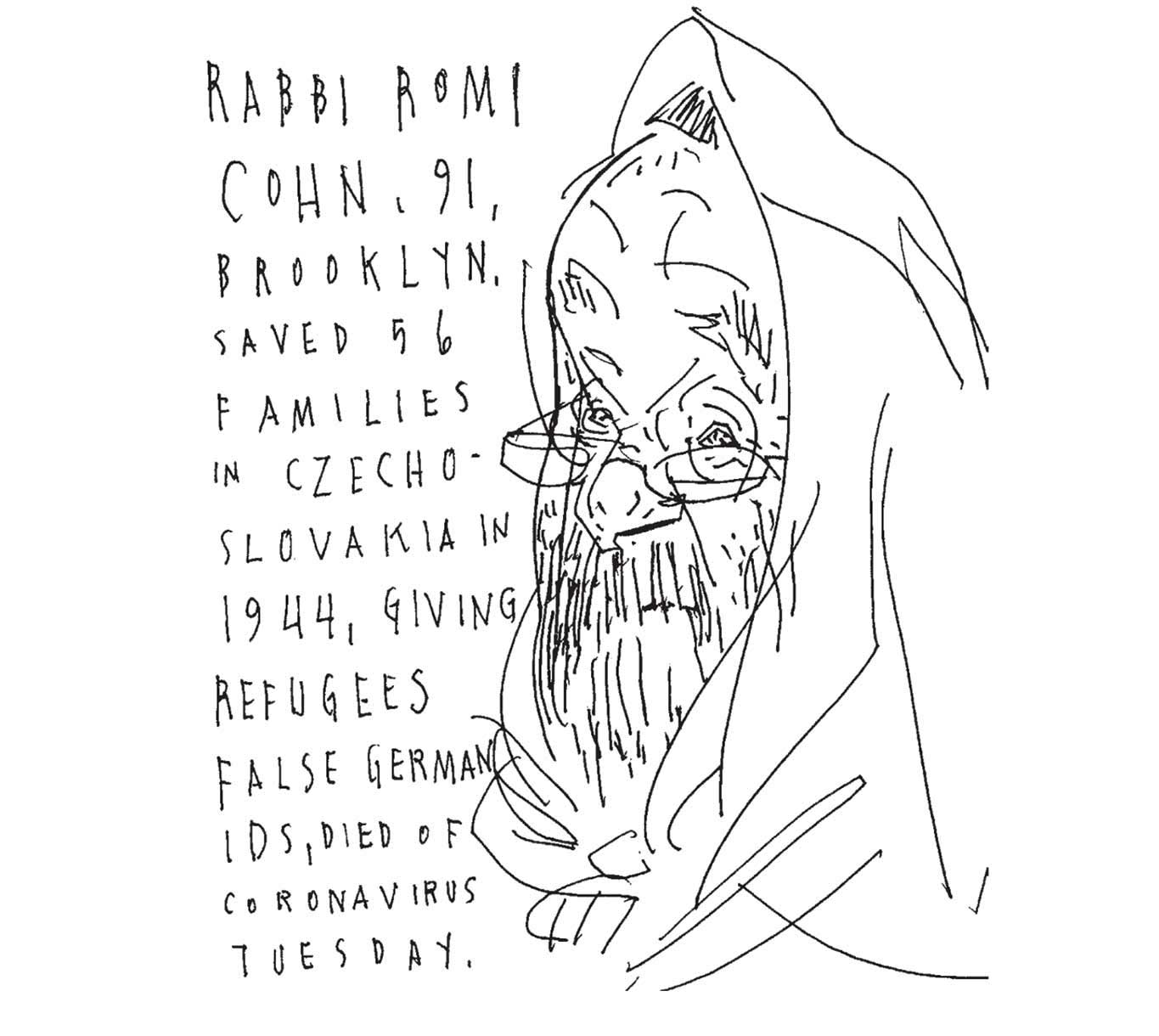 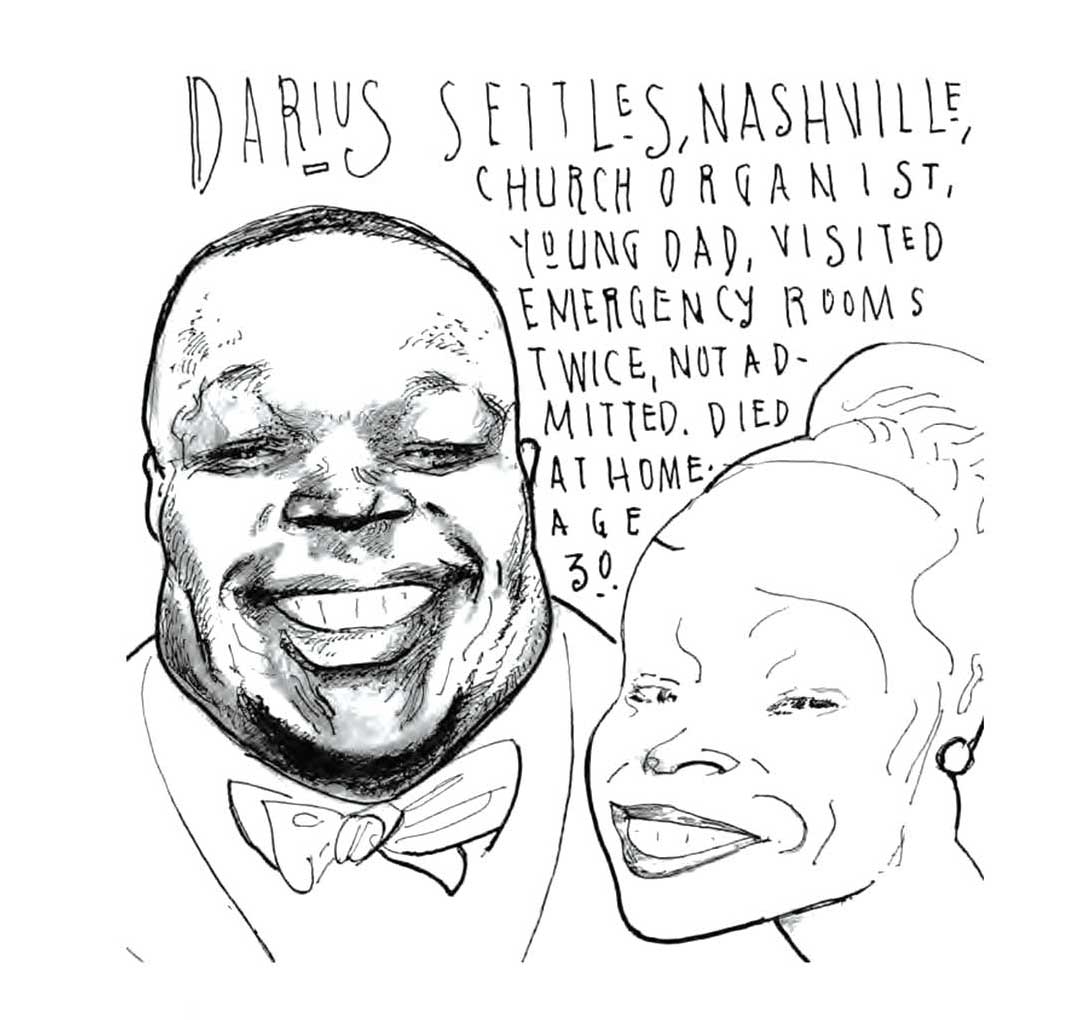 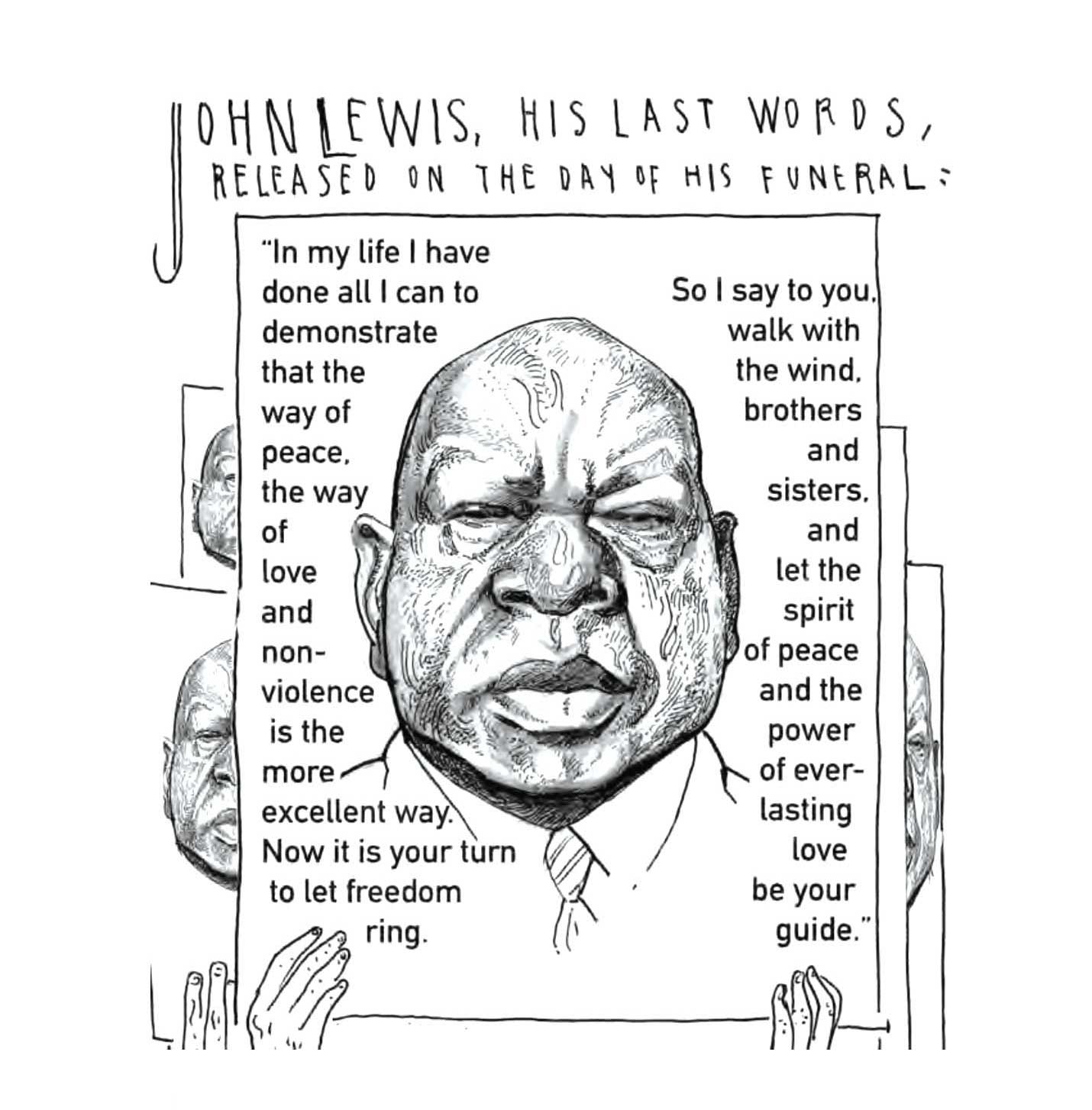 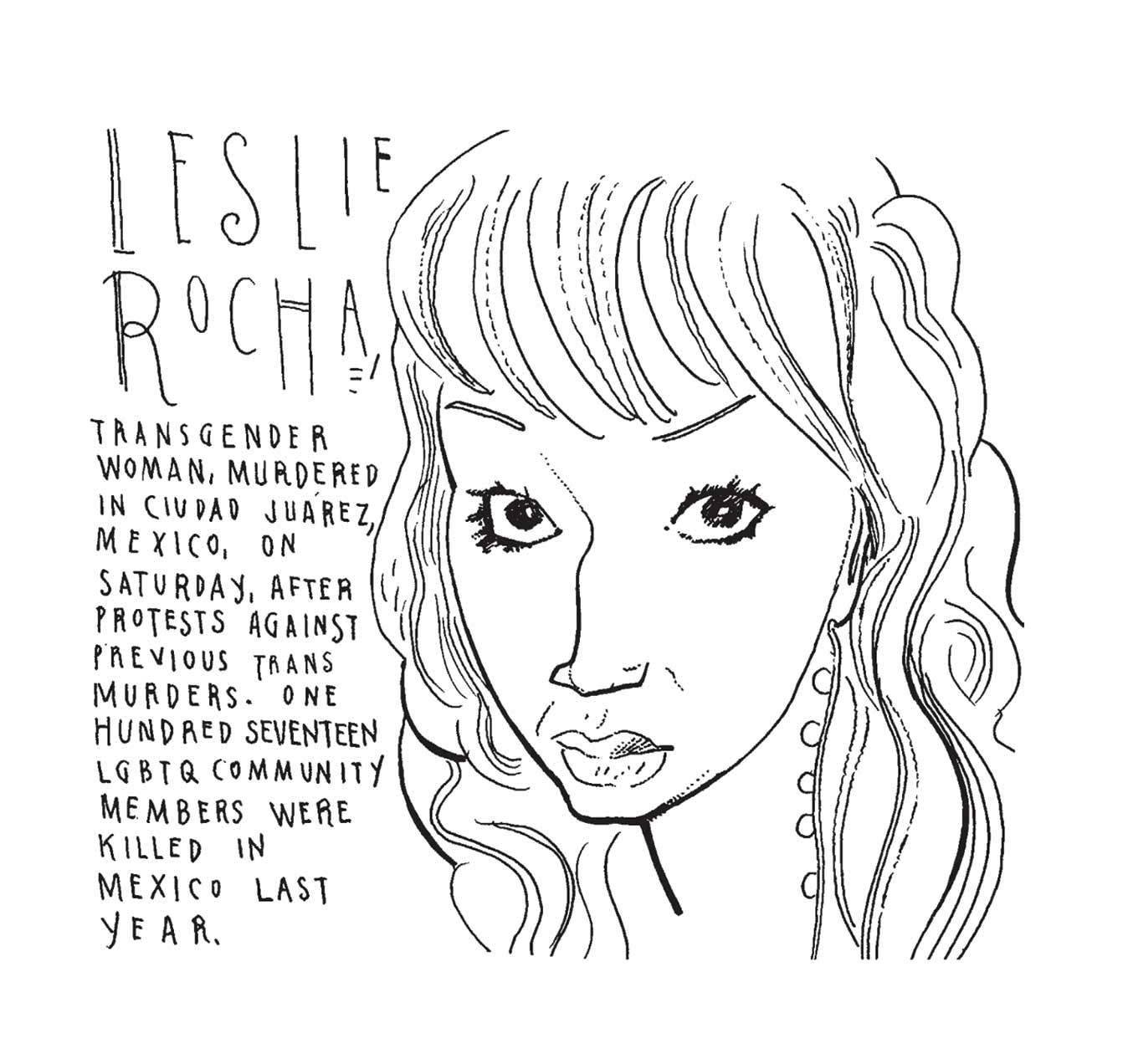 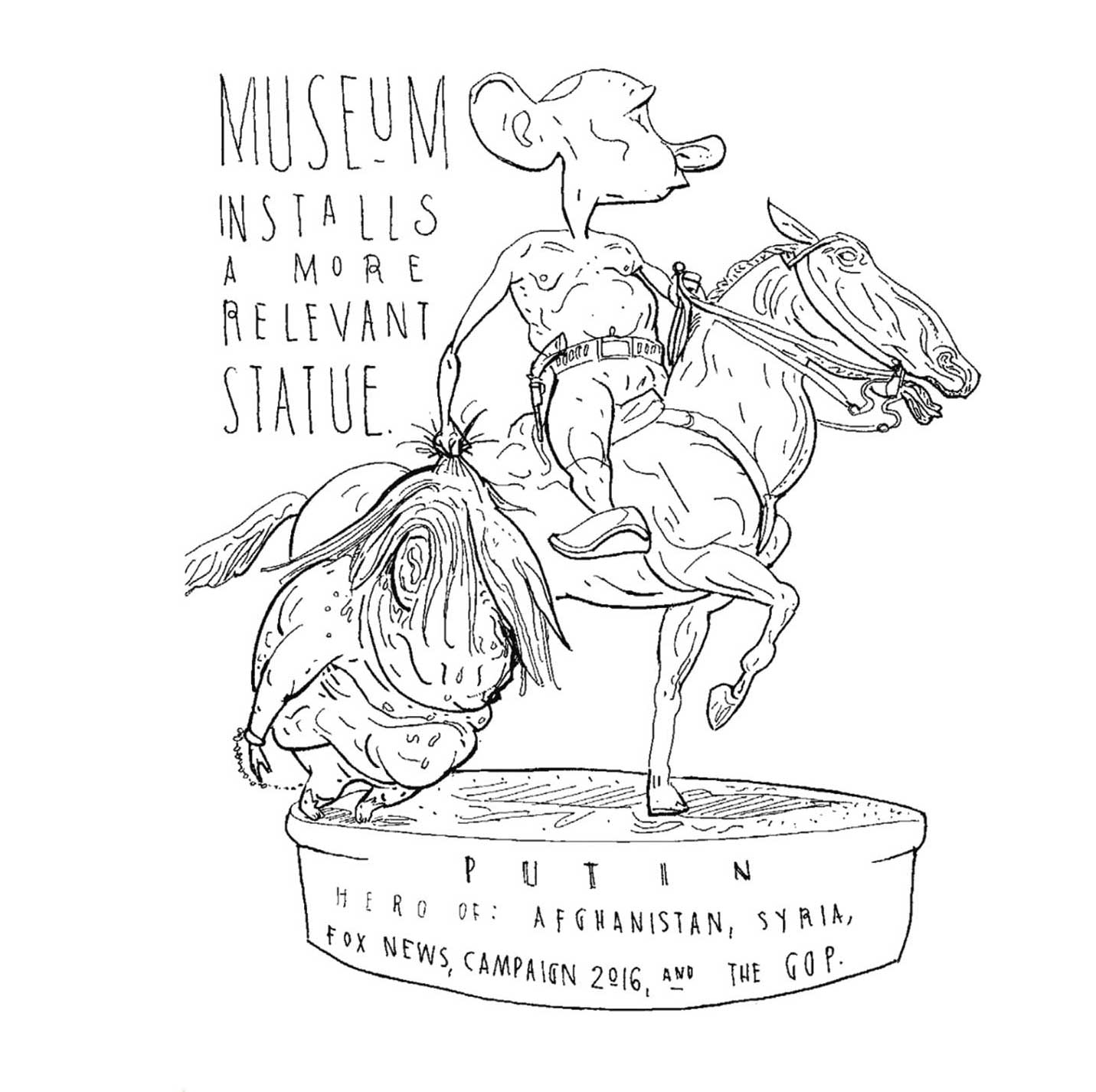 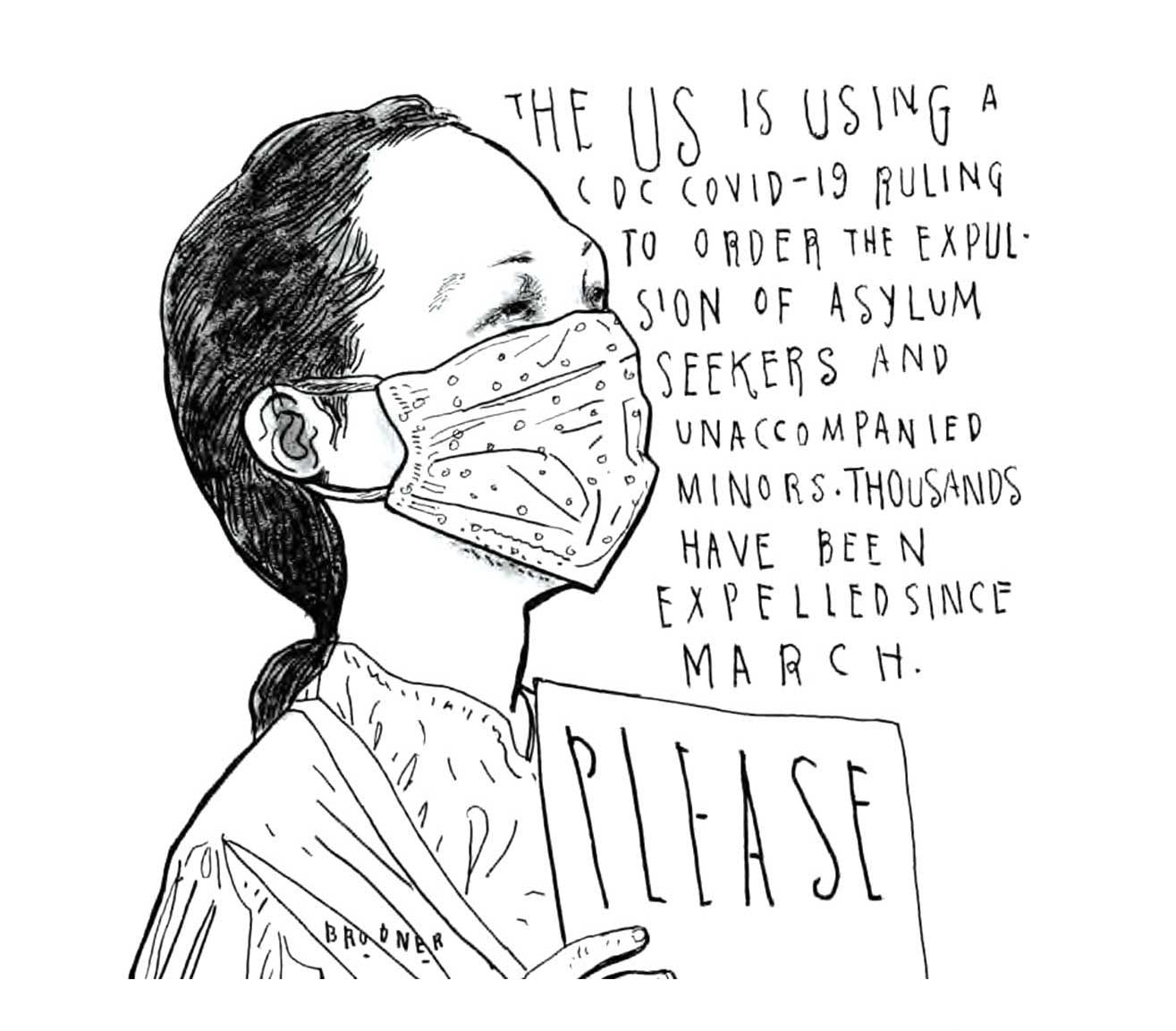