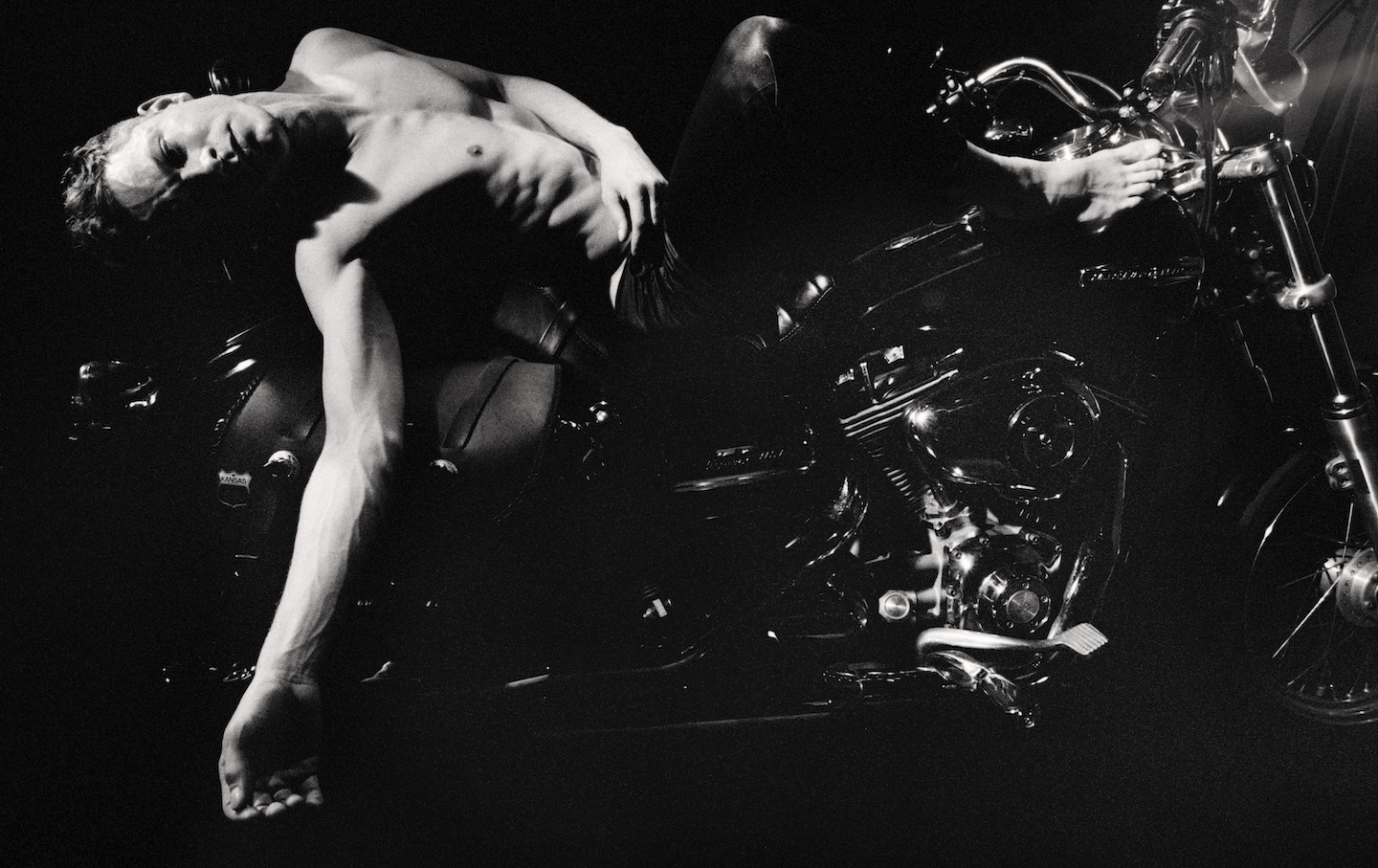 Mike Hadreas, who goes by Perfume Genius, starts his latest album, Set My Heart on Fire Immediately, with “Whole Life,” a song that opens with a naked, mournful line: “Half of my whole life is gone, let it drift and wash away.” The sentiment is so full of lament, so gut-wrenchingly sad, that as a listener, it’s hard not to internalize it and think about one’s own youth leaking out by the second. The wistful specificity of the lyrics and Hadreas’s frail and unsteady voice make all this emotion palpable: It sounds as if he can barely get the words out over the sparse arrangement.

But then, there’s a switch. Lush piano melodies and strings swoop in like a burst of wind, propelling Hadreas toward a sweeping finale. “Shadows soften toward some tender light, in slow motion I leave them behind,” he belts out, now resilient over instrumentation that’s as sumptuous and frolicsome as daybreak. “Whole Life” becomes a triumph as Hadreas proudly shakes off his old life, making the song feel like a lavish ceremonial bouquet laid on the grave of all the people he’s once been.

Hadreas’s knack for transforming insular emotions into stately pieces of music is uncanny. He’s done it over and over again, most recently on 2017’s No Shape and also on 2014’s Too Bright. Amplifying quiet thoughts and feelings can come with a certain degree of melodrama, but even at its most theatrical, Hadreas’s work has retained a sense of privacy and precision, as though you’re catching a person whispering a monologue they only intended for themselves. Set My Heart on Fire Immediately is the most instinctive of Hadreas’s releases and, sonically, it’s his most complex. Yet he’s wonderfully poised even during the album’s most intricate overtures, pulling off bare, intimate acts with the aplomb that he’s acquired over the last decade.

“Describe” is one of the moments on the record that feels entirely effortless, even though it comes from a deep and bruised place. Hadreas—whose music has excavated painful experiences, including being bullied as a teenager for being gay, living with Crohn’s disease, struggling with depression and anxiety—shared that he wrote the song about being in “such a dark place that you don’t even remember what goodness is or what anything feels like.” He teamed up with his longtime producer Blake Mills, and the results speak for themselves. The sound Hadreas offers is weightless and elegant. His vocals are hushed and distant over silvery guitars that prickle with nostalgia. While the words might get buried in light blankets of distortion, they are evocative and affecting upon each listen. “His love it felt like ribbons, an echo in the canyon, can you just find him for me?” he sings, capturing bottomless yearning in one mellifluous sentence.

The record flips between flashes of brightness and a longing for times that disappeared in the blink of an eye. “On the Floor” is the bounciest the album gets, with Hadreas’s chorus reinforced by a community of musicians, among them the singers Phoebe Bridgers and Ethan Gruska. “Nothing at All” crackles with intensity, partially the result of a propulsive drum machine and Hadreas’s insistent vocals, which sound as though he’s singing through gritted teeth: “I got what you want babe / I got what you need, son / Nothing, nothing at all.” Synth curlicues cut through the track, adding a playful touch to his urgency. They also give the song a shifting, mutating quality; it sounds like at any second it could explode into a dance track, an unhinged rock experiment, or a weird flute solo.

The idea of “genre-bending” pop music has been applied so liberally lately, it’s lost a lot of its meaning. Like all things, it’s been cannibalized by the industry and twisted it into a commercial strategy that pulls broad styles of rap, country, R&B, and electronic music into a standardized pop formula, specifically tailored to appeal to as many ears as possible. Yet Set My Heart on Fire Immediately restores power to the term and reminds listeners that its beauty often comes from artists—many of them queer or POC—taking bits and pieces of worlds they’ve roamed and constructing their own havens from the sounds. Hadreas has created his own refuge tenderly and painstakingly, pushing past liminal spaces to land someplace new.

The work of Yves Tumor, the experimental artist who released Heaven to a Tortured Mind last month, is similar in this regard—although the approach is enthrallingly different. In Tumor’s hands, sonic fluidity isn’t exactly florid or pristine. Tumor, who uses “they/their” pronouns, seduces and warns listeners all at once—their jagged music universe is entered at one’s own risk. As interested as they might be in rock stardom on this album, they’re a force that agitates pop music, slamming it into more interesting directions. Tumor comes across as someone who has gnashed pop between their teeth and spit it back out into something raw, warped, and avant-garde. And while the record has glimmers of more recognizable forms—glam-rock and R&B—Tumor’s idiosyncratic and even intimidating aesthetic choices (spurts of reverb, visuals that delight in otherworldliness and the grotesque) are precisely what gives the work its glowing modernity. 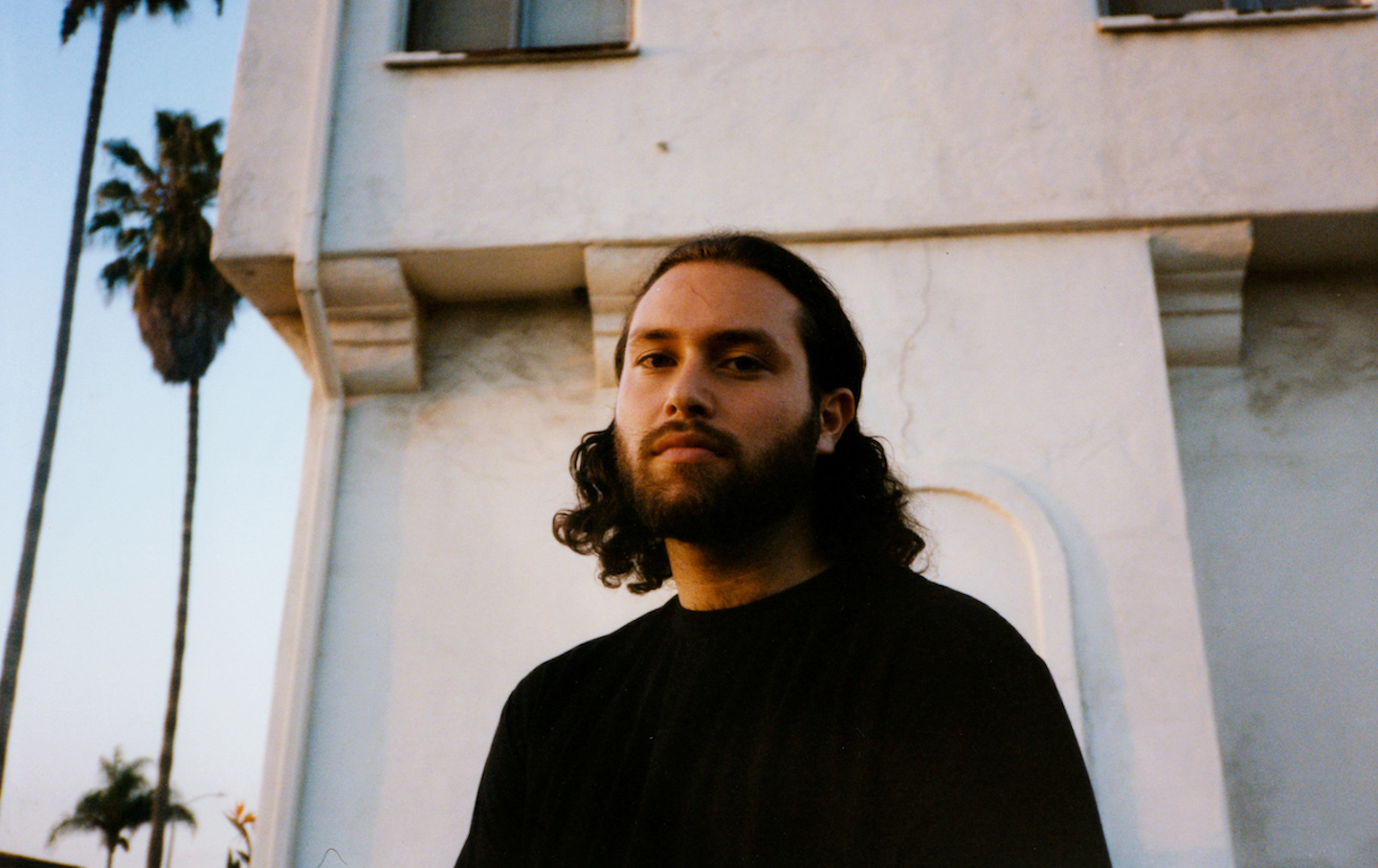 The ability to glide in and out of genres is deeply embedded in Tumor’s identity as a figure who wants to elide categorization. Tumor has always been an amorphous, even protean character. They started releasing work as Yves Tumor in 2015, debuting a self-released album called When Man Fails You. The tracks were haunting, evasive experiments in trip-hop, house, noise, and ambient music, cloaked in mystery. Such inscrutability was intentional; Tumor revealed little about their personal background, even as their albums Serpent Music (2016) and Safe in the Hands of Love (2018) garnered critical  attention. Instead, Tumor twisted their story often, suggesting a prankster’s instinct for messing with industry narratives. “Question mark, question mark, question mark—it’s private,” they said in an interview with Pitchfork after a reporter asked, simply, where their permanent home was. Some artists craft a careful story to leverage their profiles and indeed, an enigmatic approach may just have been Tumor’s own strategy. But it succeeded in making their work intriguing and provocative.

Trying to get a good look at Yves Tumor occasionally feels like staring into the sun. On the cover art for Heaven to a Tortured Mind, two nude figures, both presumably Tumor, interlock into each other, bathed in a bright, ice-white light. One only realizes after much squinting that the image is an optical illusion, too incandescent and abstract for easy interpretation. But in the music, Tumor demands to be heard. Crashing guitars vamp for a bit at the beginning of the brilliant opener, “Gospel for a New Century,” preparing for a grand entrance. Then Tumor dives in, their intonations a mix of Prince’s smooth flamboyance and TV on the Radio vocalist Tunde Adebimpe’s low-pitched severity. The performance drips with cool insouciance as Tumor sings, slack-jawed, but it’s just one way they stretch their voice across the album.

On “Kerosene!,” they honey up their sound, slipping into a decadent, come-hither power ballad with vocalist Diana Gordon. There’s a throwback quality to the type of sexiness Tumor evokes; it’s the soft-lit, neo-psychedelic seduction of the ’80s, with lyrics reflecting a direct, old-school chasteness (“I can be your real life sugar / I can live in your dreams / Will you be my fantasy little baby?” the lyrics of “Kerosene” go). All of the lust and emotion comes through primarily in Tumor’s delivery: They play with tone and modulation, letting out aching whimpers on “Super Stars.” Tumor releases long, breathy whispers over whining electric guitars on “A Greater Love.” They pant, they hiss, they squeal, they thirst, and the performances are so convincing that Tumor, as fleeting and impenetrable as they can be, begins to morph more into the yearning lothario at the center of these songs.

It would be easy to assume that the record is Tumor’s clearest mission statement to date and the fullest self-declaration of the artist who comes alive in the music. But Heaven to a Tortured Mind seems like a case study in never-ending self-expression, and it’s likely just one side of an unpredictable, boundless artist’s imagination. As a listener decides they’ve finally caught a full glimpse of Tumor on the album, Tumor is probably somewhere plotting their next step. Like that of Hadreas, the strength of Tumor’s work lies in its reconstruction of genre, of masculinity, of artistic limits. But neither of them rests for too long after striking new ground. Instead, they both flourish in an ever-evolving whirl of creative continuity, unsatisfied with a static state of being.